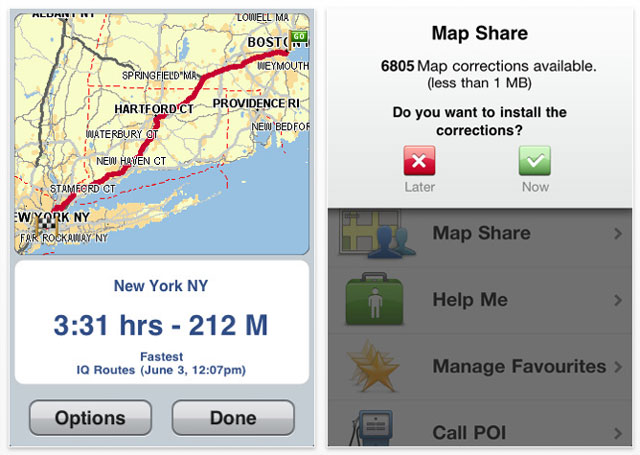 The navigation-system provider TomTom, which uses crowd-sourced traffic data to help find the fastest routes, has been caught in the Netherlands selling users' speed data to police—who then might use that to decide where to set up speed traps.

Live traffic information is arguably one of the most useful developments of the past decade, combining quicker-thinking navigation systems with crowd-sourcing innovations.

As such, systems can take into account the average speed along particular routes and calculate—both in real time and based on predictive averages—which route is fastest for dynamic rerouting features in some of the more sophisticated original and aftermarket systems.

However, privacy issues remain a sore point, and while companies generally assure users that they won't be personally identifiable there's not usually any guarantee on how their data might be used. Likewise, TomTom assures that the data is completely anonymous.

The company claims it provided the data to the police to help them zoom in on congested areas or identify places that need increased capacity (more lanes, for instance).

That's a little hard to believe, as in most countries, states, and municipalities it's not the police department but local government, engineers, and traffic planners who help make decisions about road expansion.

Penned into a corner from which scores of customers might opt out unless they hear the company change course, TomTom CEO Harold Goddjin released a YouTube statement about the matter.

"We learned today also that the police in the Netherlands are using that information to identify road stretches where people in general and on average drive too fast, and they use that also to put up speed cameras and speed traps," said Goddjin. "And we don't like that, because our customers don't like that."

Goddjin says that even though its data is completely anonymous and can't be tracked down to particular users, the company will prevent that sort of use in the future.

What do you think about this? Are you concerned about crowd-sourced traffic models, and are you considering looking for more assurances about how your data is used? Or is the service you're receiving in return worth it?