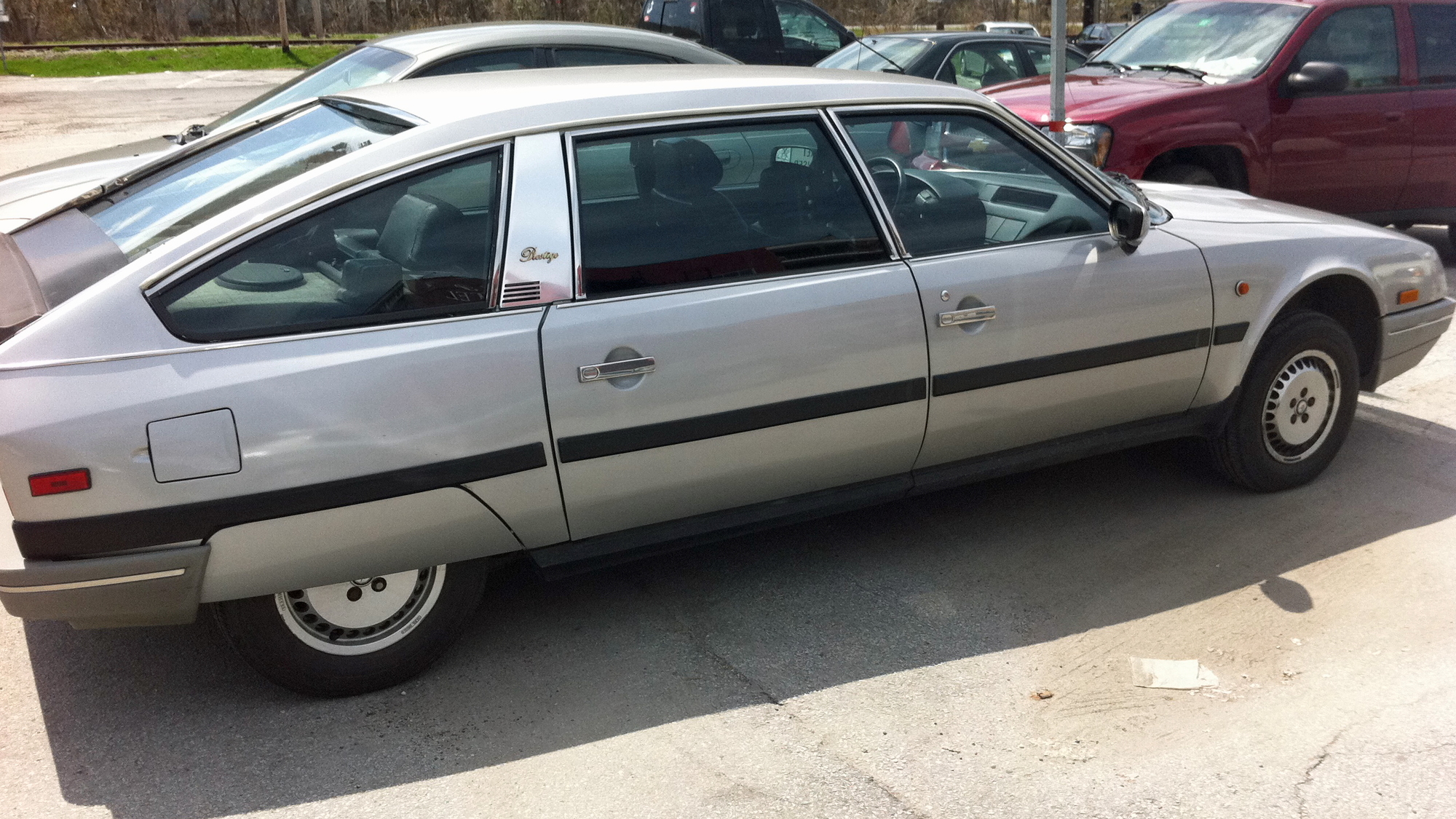 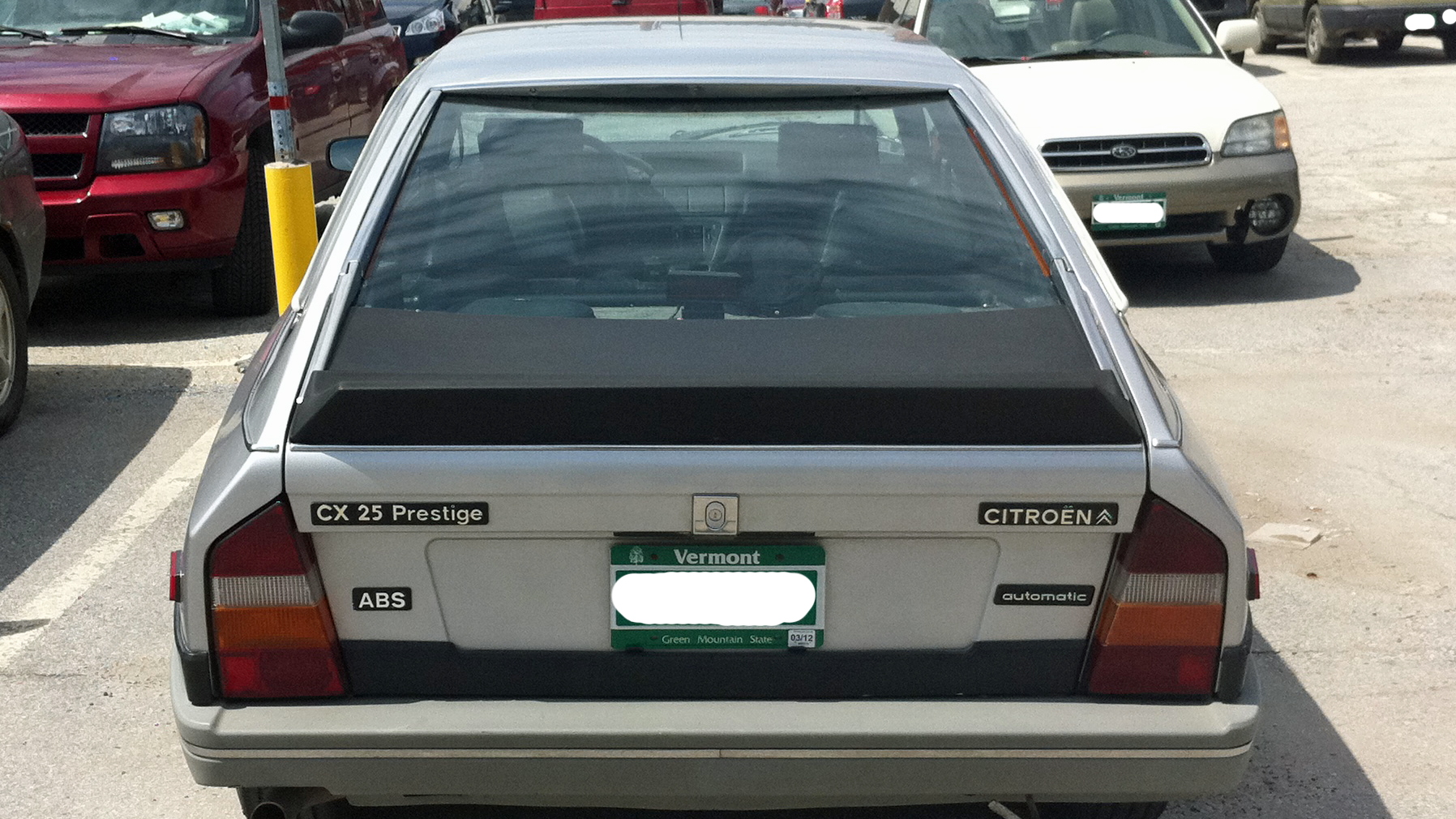 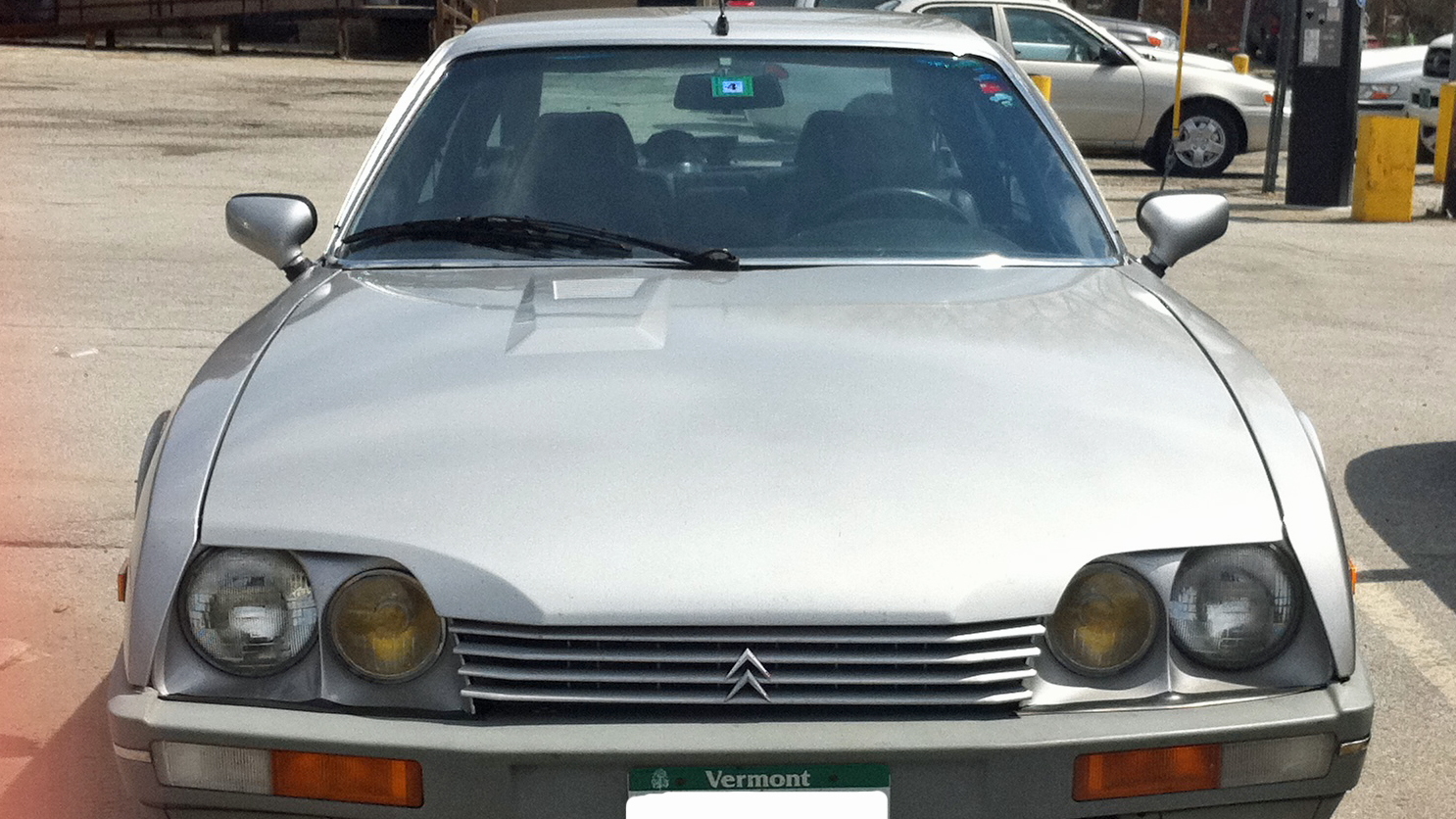 Every so often, we bring you the Ugly Car Guide--the spotters' Bible to the stuff that'll make you heave in a parking lot even if you haven't been up 'till 3 a.m. dualing Jaegerbombs and butterscotch-pudding shots.

This week, Ugly Car Guide comes to you from the Green Mountain State of Vermont, thanks to our buddy Dan Lerner and his eagle-eyed swoop down on a Citroen CX, struggling to strike a pose in a public parking lot.

Originally we got the photos in low-res, because sending them in higher-resolution "doesn't make the car look any better," he writes. We've blurred out the plates to protect the owners anyway.

The silver CX25's a 1980s vintage, spotted in the Capitol Plaza of Montpelier--the smallest capital city in the United States, Lerner points out.

The CX? It's anything but small. It was Citroen's replacement for the vaguely futuristic and somewhat pretty Citroen DS, but it completely lost the story line with its oversquare headlamps, tapered C-pillars and drooping rear end.

Citroen started building the CX in 1974, the same year it filed for bankruptcy and got swallowed up by Peugeot. That could explain why the CX had been planned out with a rotary engine--Gremlin, anyone?--but ended up with an underpowered four-cylinder under the hood.

Despite the gaffes, it was named European Car of the Year in 1975, and had an enviably cushy ride and lots of rear-seat room, making it useful as a chauffeur car, even as an ambulance. Sadly, the wonky French-isms kept it from going mainstream in most countries--crap like a single-spoke steering wheel, and the plush-riding hydropneumatic suspension with selectable ride height that got it barred by the NHTSA.

If it weren't so ugly, you could consider it avant garde. Grace Jones did: she featured the CX prominently in her 1985 video for Slave to the Rhythm, and even shaved her hair in the shape of the car. Something she probably did totally clean and sober, we speculate.

This example's a later one, probably imported on the grey market after President Reagan lifted some of those prohibitive NHTSA rules after he was elected to office in 1980. Lerner points out "it appears to be an automatic with ABS, per the badges to that effect."

Got an ugly car for us to ridicule? Send the pics and your take via Twitter @therealma or to us at desk [at] highgearmedia (dot) com. If we run your photos, we'll blot out any identifying marks so Google won't have yet another way into your underwear.