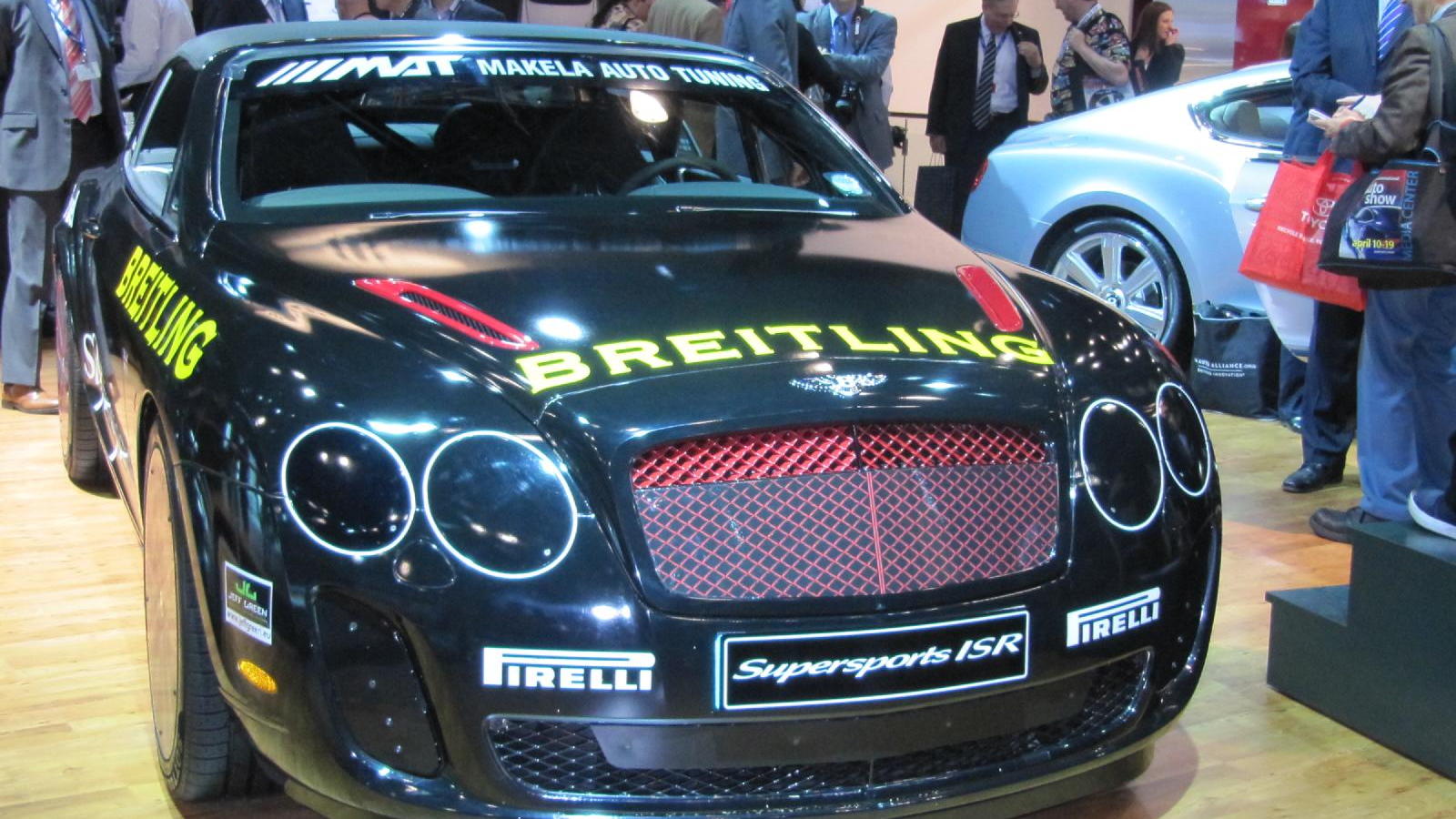 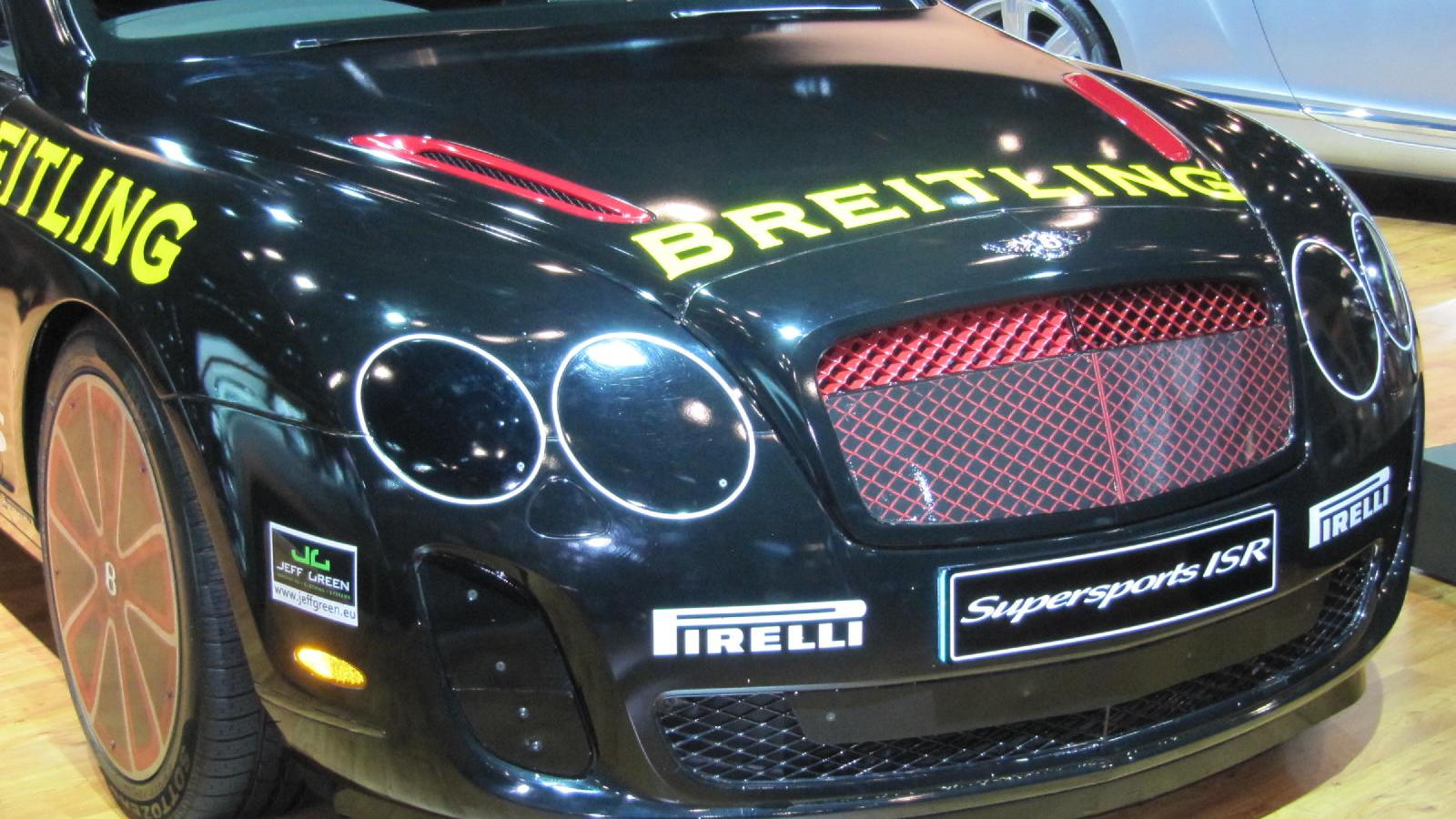 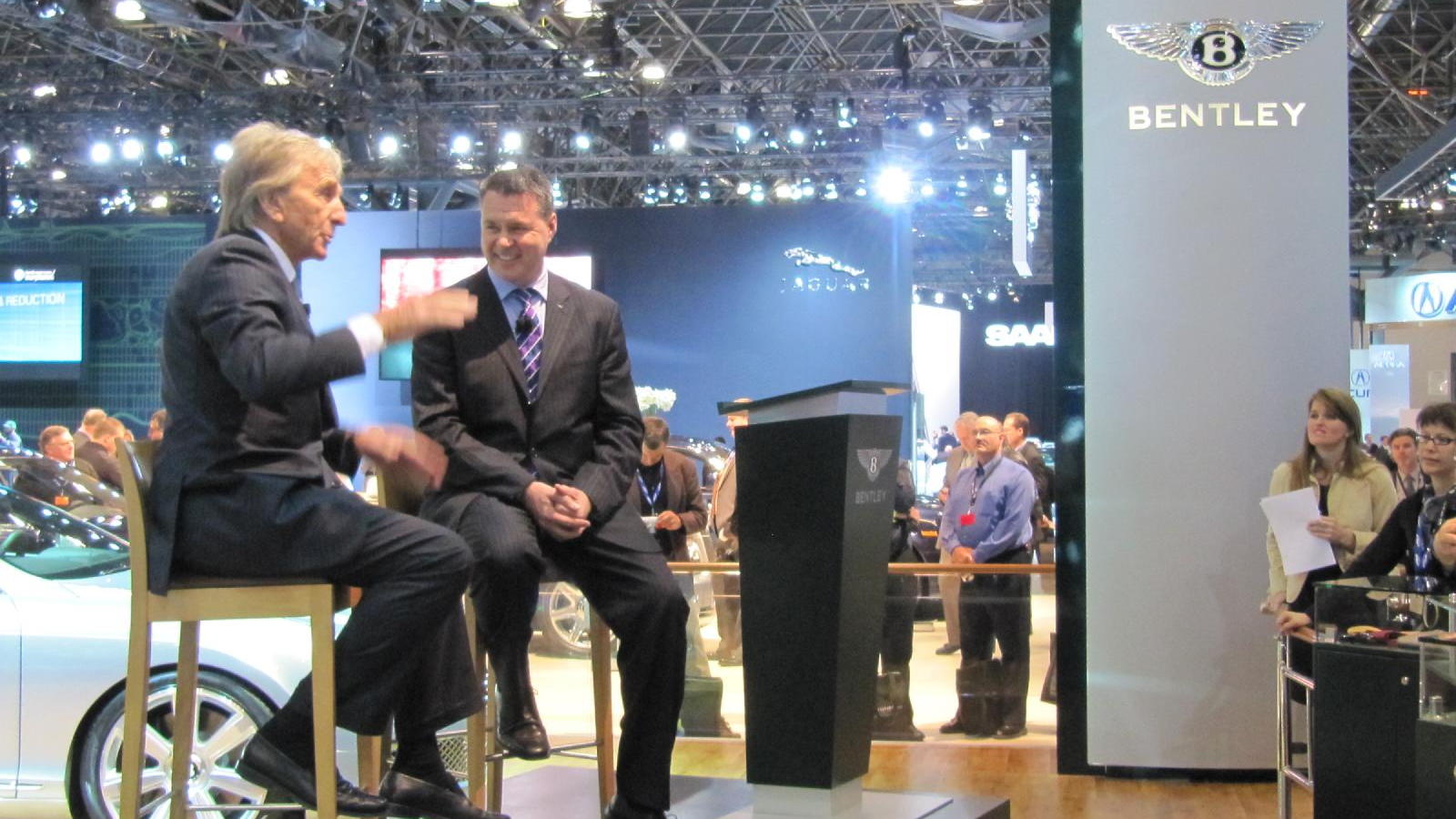 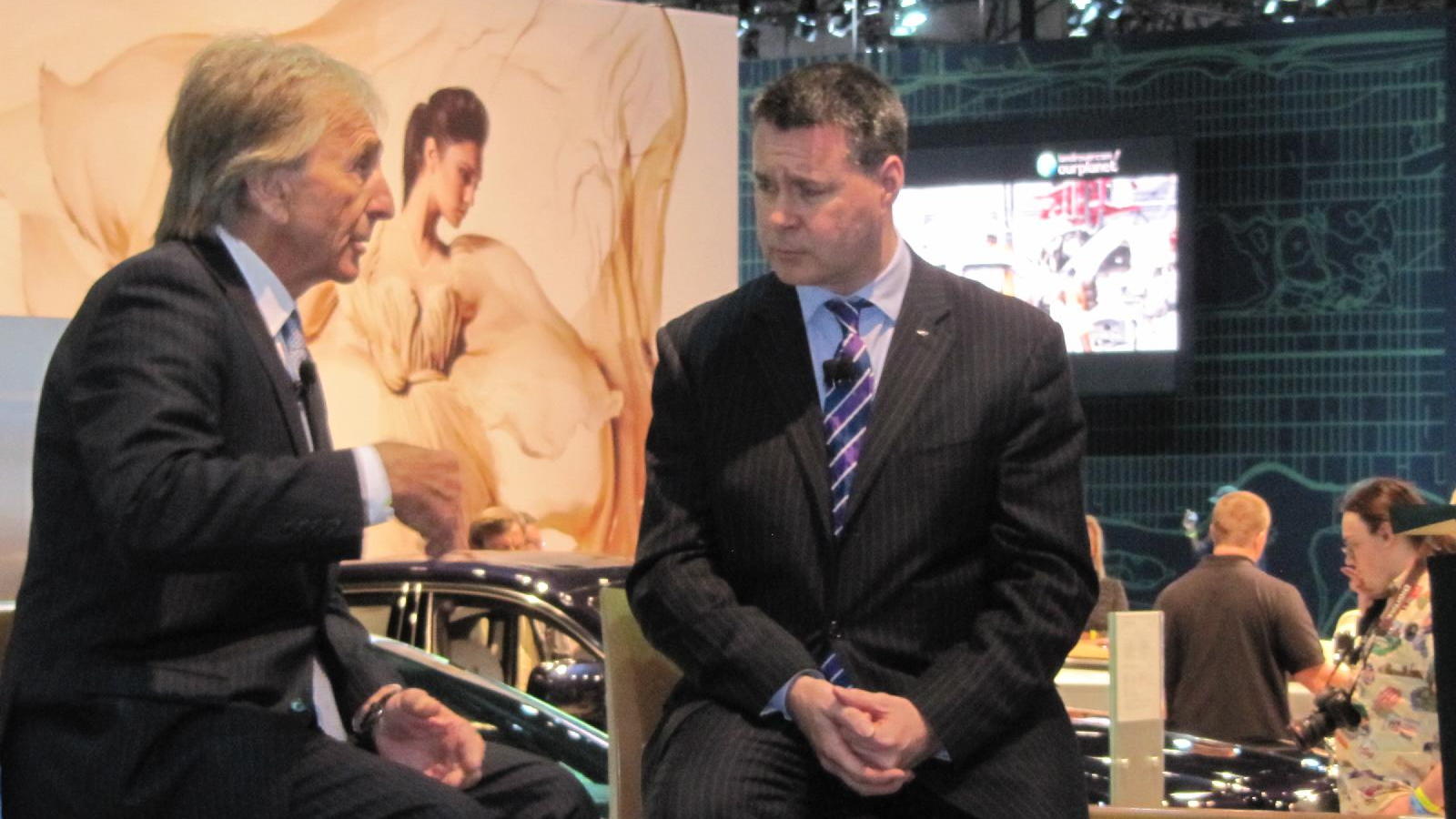 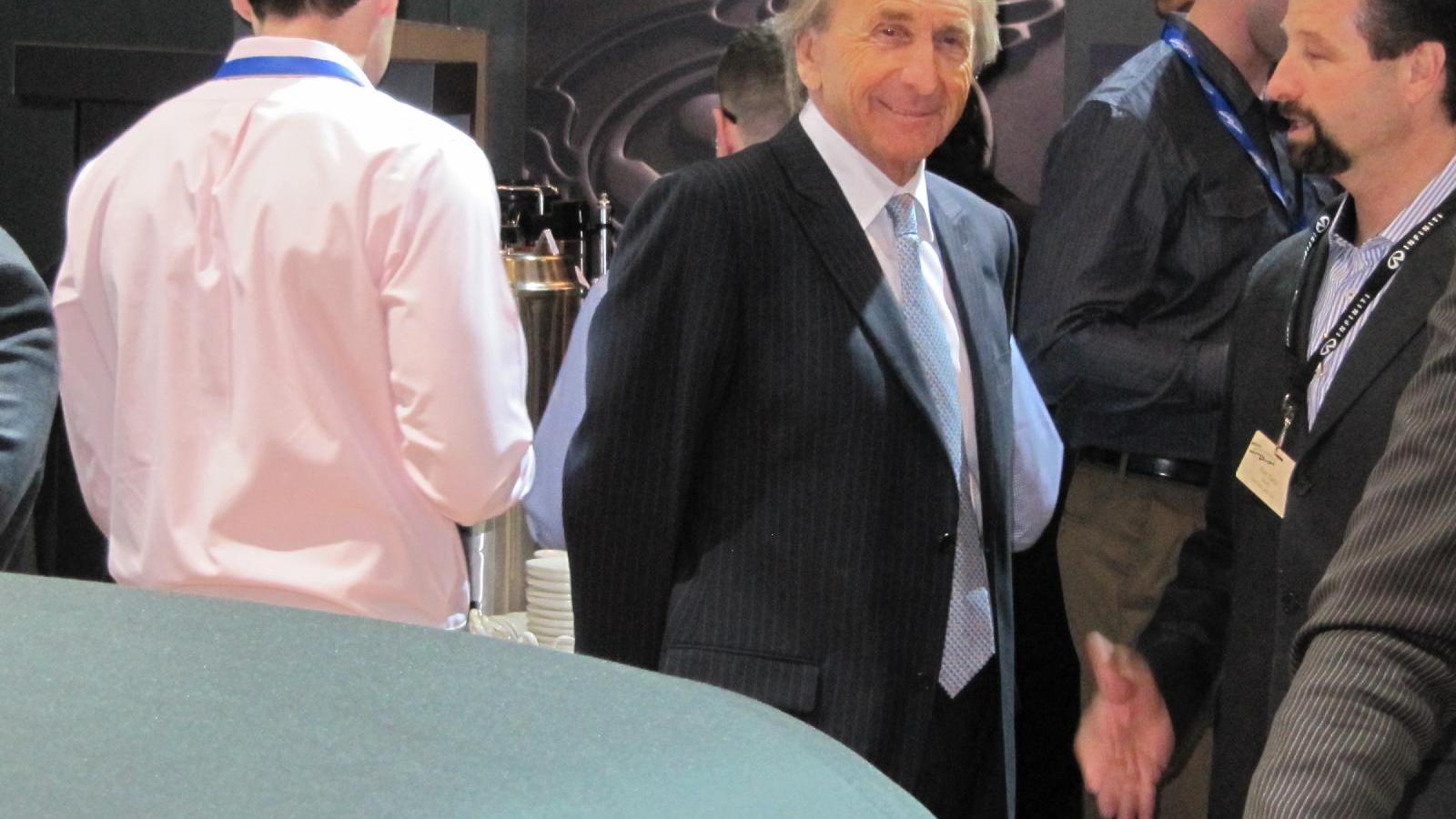 It's the most powerful Bentley ever built, and now it'll be a limited-production model.

With the actual world-record car behind him, Bell discussed his participation in the speed-record attempt, with four-time Finnish rally champ Juha Kankkunen at the wheel.

It may be the only Bentley ever displayed by the maker with a parachute on the back, let alone a full roll cage neatly fitted around the leather and polished metal interior.

Bell noted that unlike other speed records, on ice the driver essentially can't use the brakes. He learned this lesson, he said, when he drove the car back to the base camp, braked for the entry--and slid right past the turn.

"I had to put the car in reverse and back up to the entrance," he said, a rare admission from a man who's won the 24 Hours of Le Mans endurance race a remarkable five times.

Unlike the record car, however, they will not have flat plates covering the wheels, the headlamp openings, and most of the grille.

For more coverage of the 2011 New York Auto Show, see our full listing of stories.