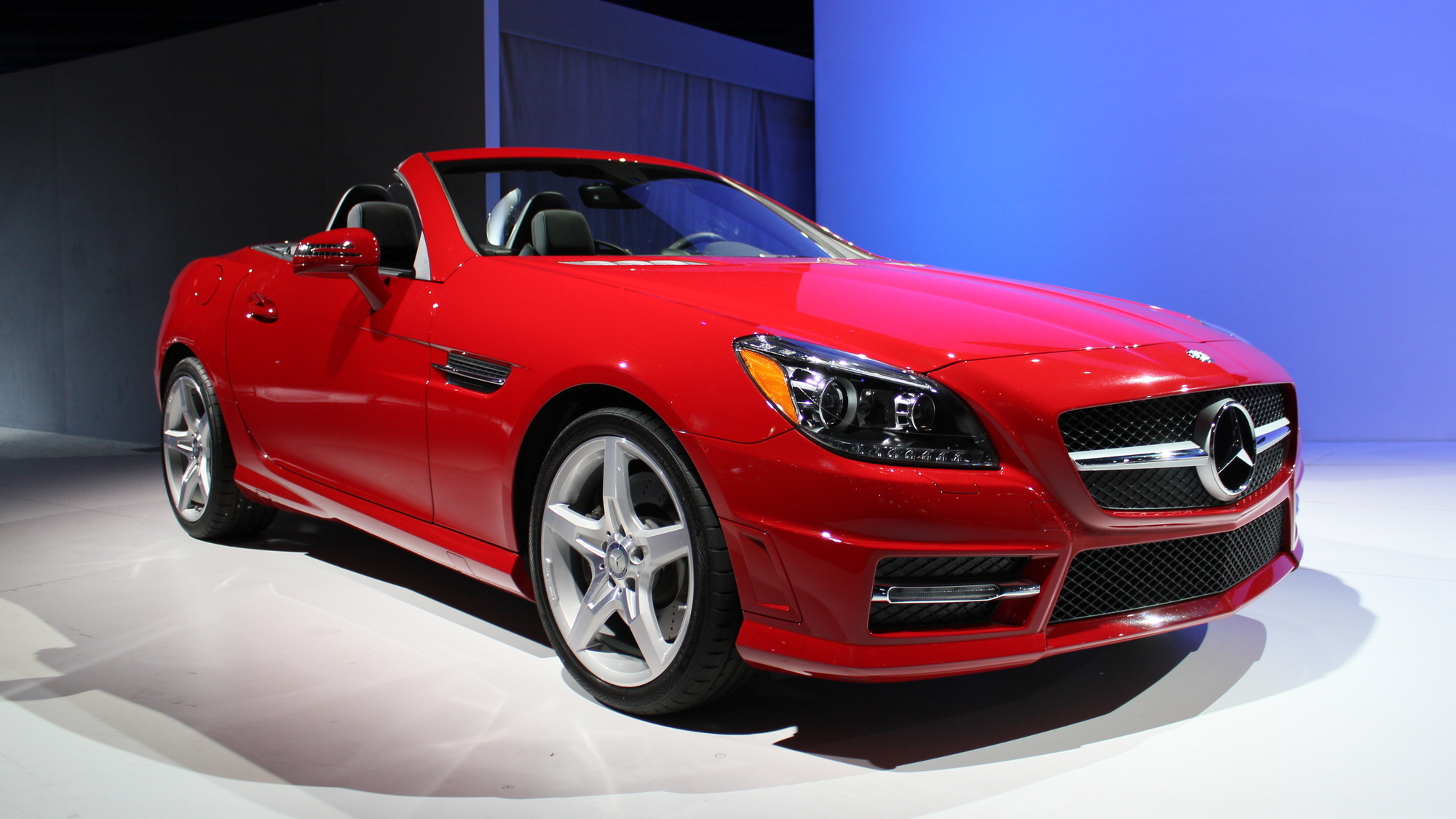 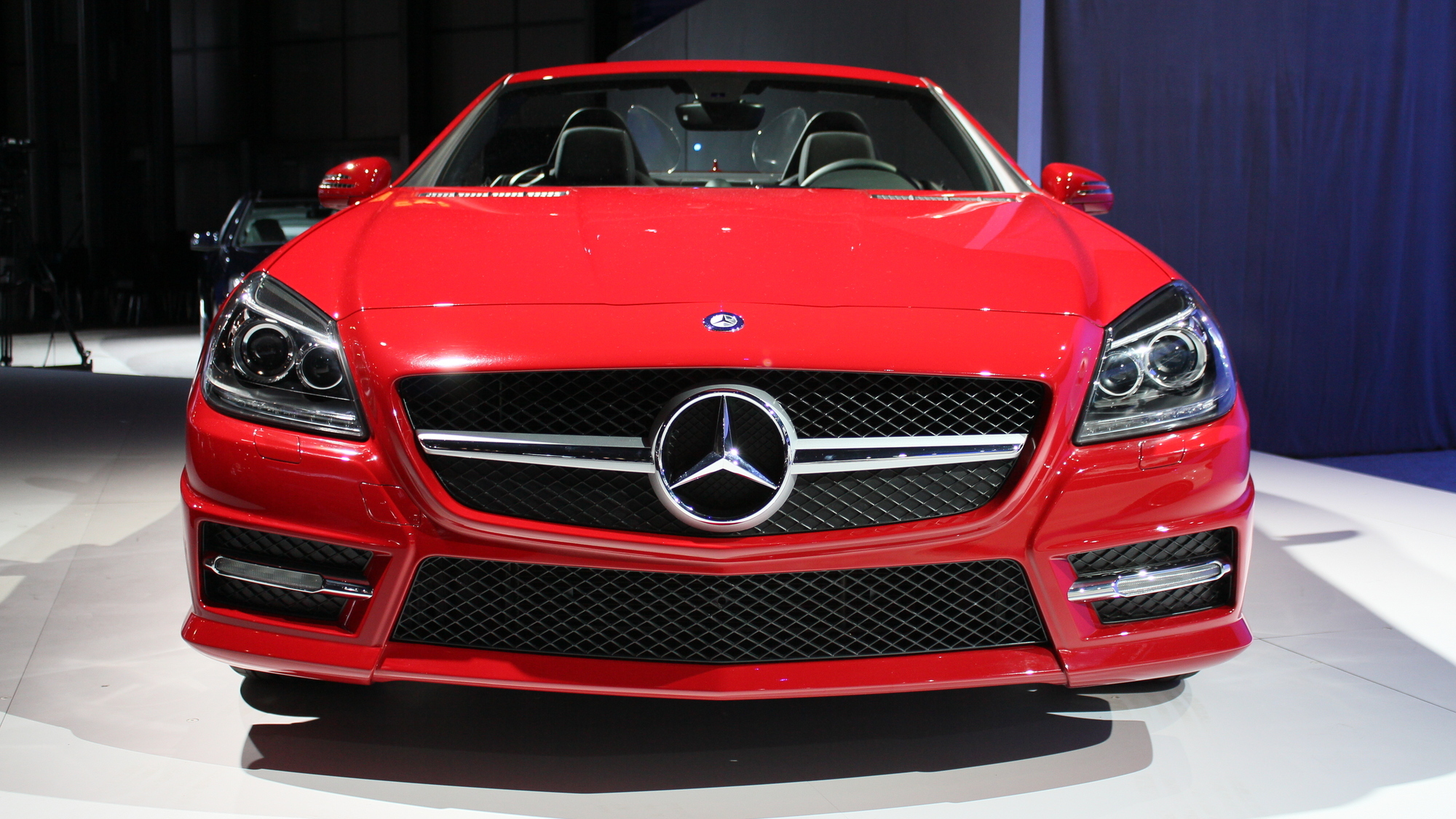 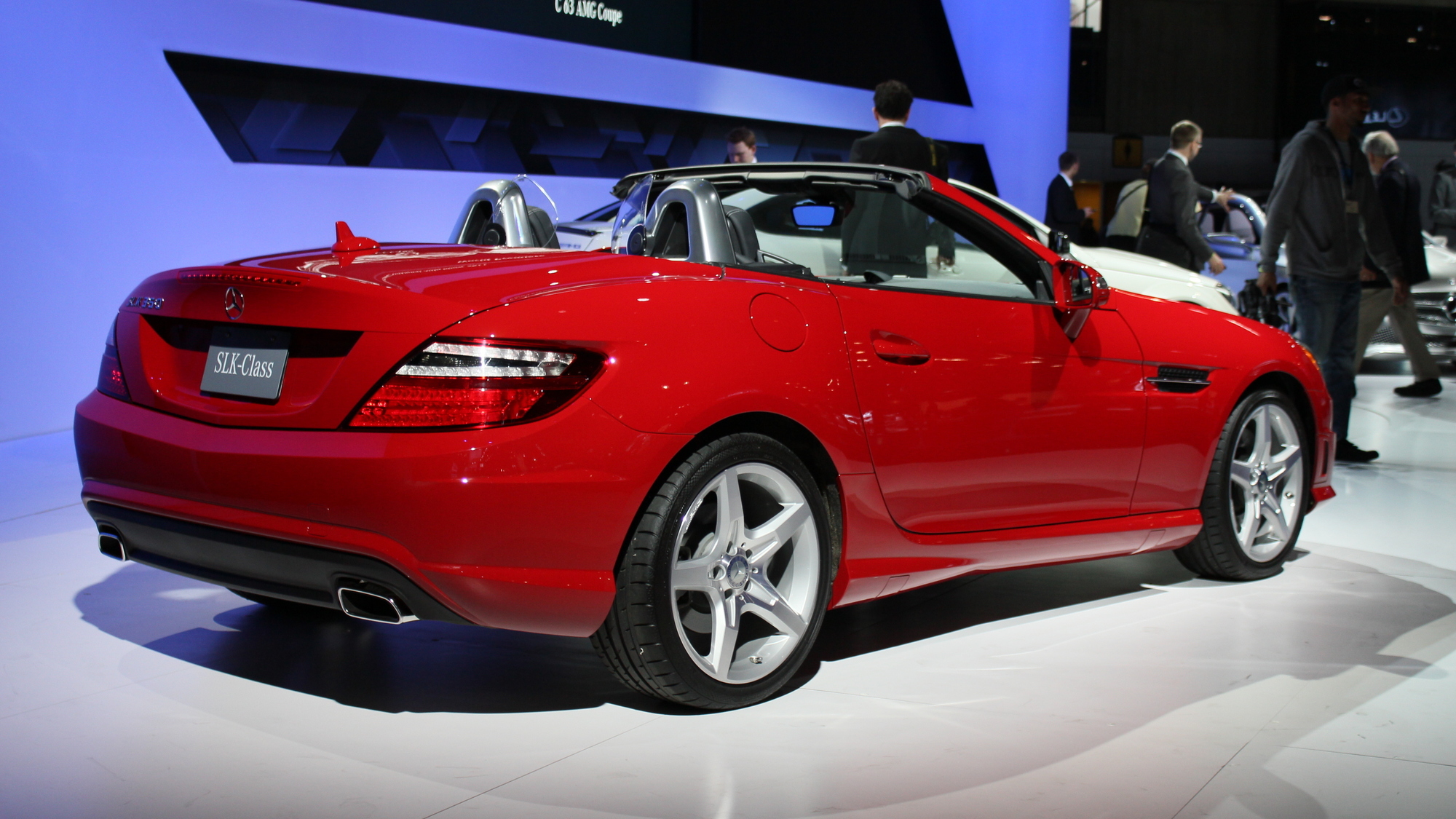 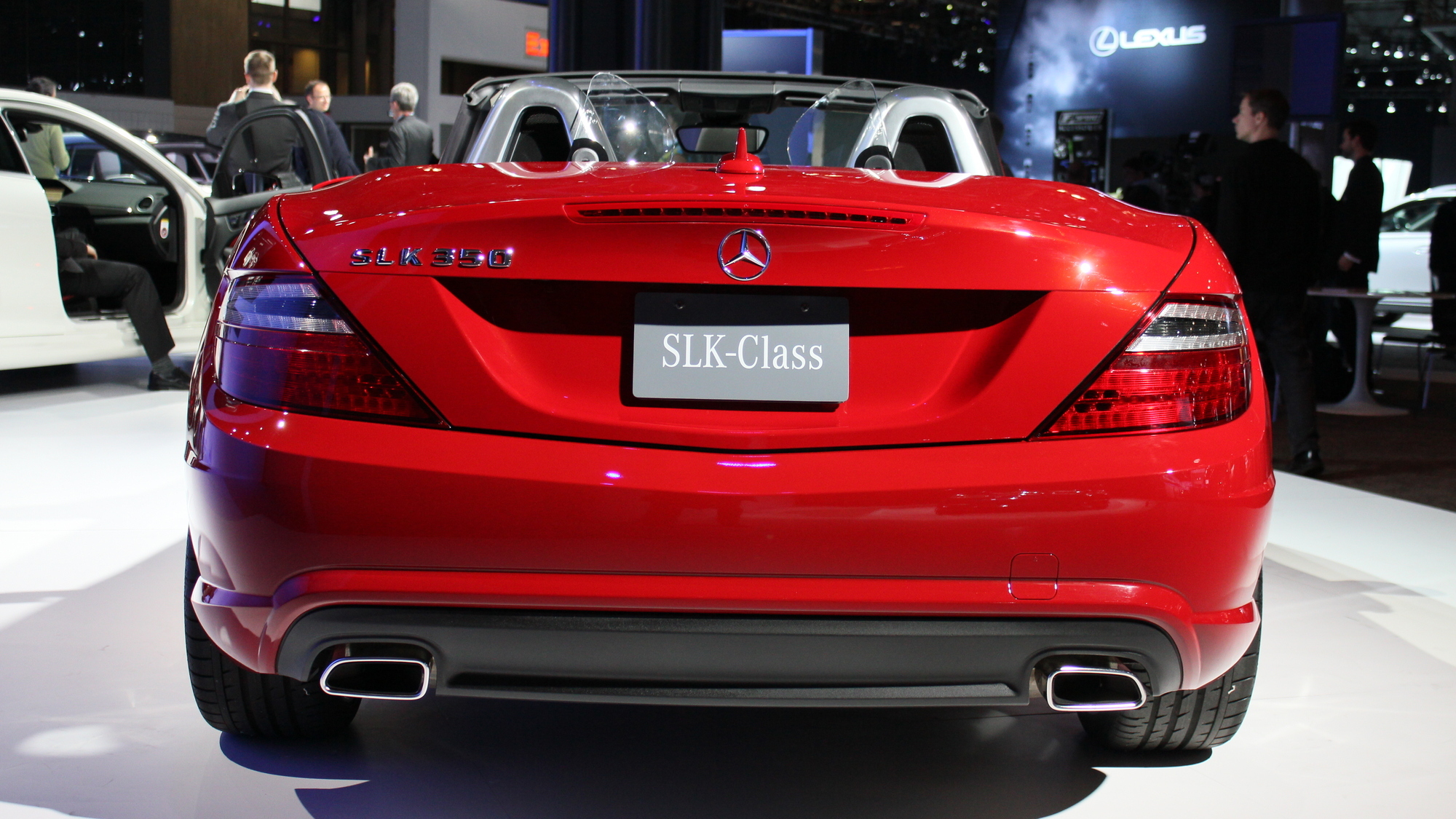 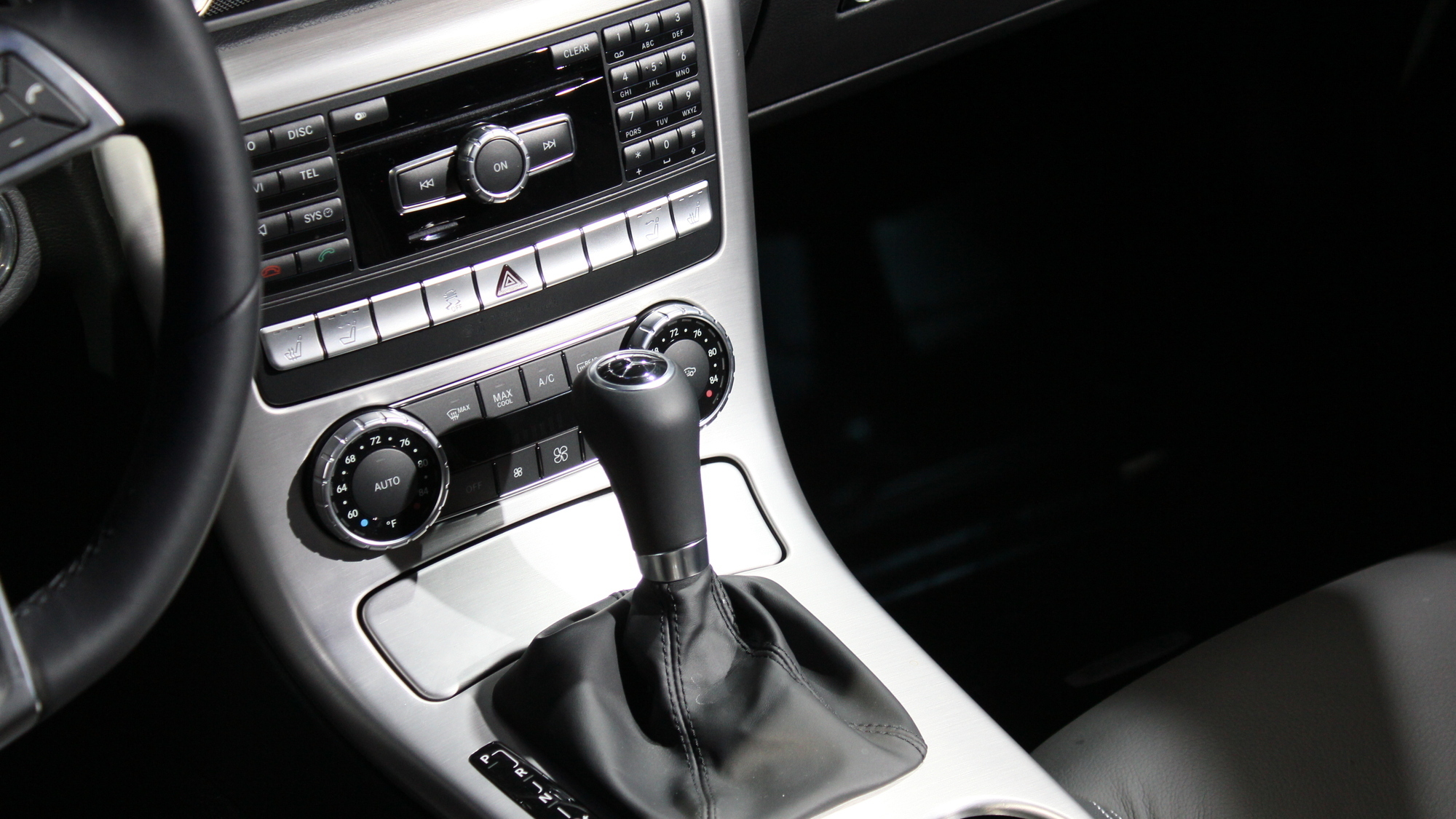 We've already brought you our first drive impressions of the 2012 SLK 350, but that is in European trim. The U.S.-spec car just made its official debut today at the 2011 New York Auto Show--and we managed to grab a tidbit of new info on the car as well.

The images show just what you'd expect: a more SLS-like nose on the new SLK body, with a more masculine, substantial look than its forerunner. Not much new there, but it's still a good way to spend a few minutes exercising your ogle muscles.