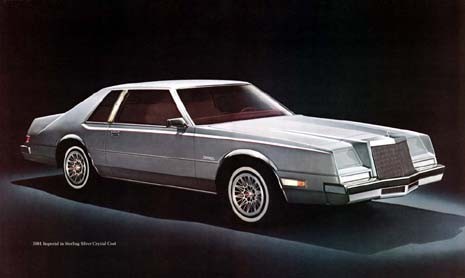 After I watched last week's Guilty Pleasure car nearly take the win on laps at the Real Hoopties of New Jersey 24 Hours of LeMons (coming in second to a BMW E30 only because of black flags, not any weakness in the Milano), I thought about going with another underestimated and undervalued sporty car this week. But then I saw this junked Etienne Aigner Volkswagen Golf, which got me thinking about automobile marketers' forays into co-branded special-edition cars... which led straight to the Frank Sinatra Edition 1981 Imperial. 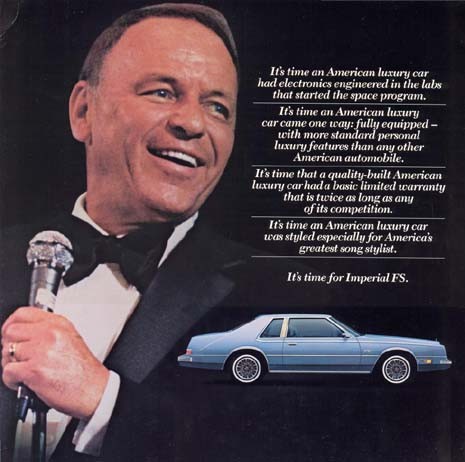 Chrysler kept the Imperial marque with the version of their top luxury car that debuted in 1981, but used the venerable midsized B Body platform instead of the aircraft-carrier-sized chassis of previous Imperials. Head over to Allpar if you want the usual excellent writeup, but the summary of the 1981-83 Imperial goes: Malaise Era "personal luxury" two-door hardtop with smog-gear-strangled small V8, pleather-and-velour Barcalounger-plush interior, and— if you got the Frank Sinatra edition— a suitcase full of Sinatra 8-tracks. Why in the hell would anyone want such a car, except as some sort of ironic statement? 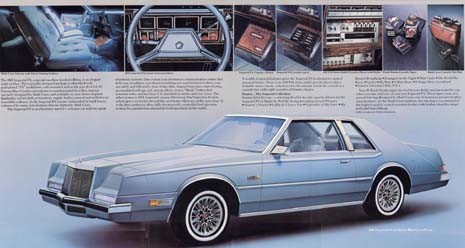 Somehow, the Imperial manages to rise above the painfully dated Late Malaise Era horror that we saw in its Cordoba/Mirada cousins, at least when looking backward through a lens made up of three decades of Caravelles and Sebrings, and I wouldn't feel ashamed driving one. Replace the not-so-reliable EFI system with something more modern, add some slightly bigger wheels and tires... and keep the 8-tracks!

Or perhaps lower the hell out of it, remove the trim, and add some door numbers for an homage to the NASCAR Imperials?
Thanks, once again, to The Old Car Manual Project for brochure images!