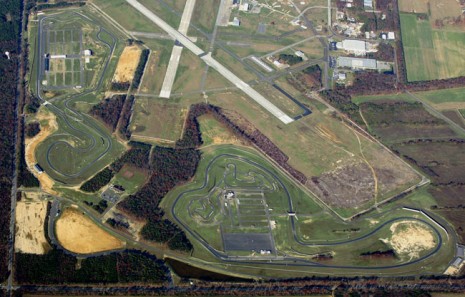 New Jersey Motorsports Park (NJMP) isn't a headlining NASCAR venue or even one of America's great road courses, but it was the site of the inaugural U.S. RallyCross event, and it plays host to dozens of motorcycle and car track days each year--as well as the occasional vehicle launch. Today, NJMP announced it has filed Chapter 11 bankruptcy proceedings, but intends to stay open and avoid further layoffs.

"Although the decision to file Chapter 11 was a very difficult one, it was deemed necessary to protect future operations and to allow the park to continue providing employment and other economic support to the local and regional communities,” NJMP owner and managing partner Lee Brahin said in an official statement.

None of the scheduled spectator events for the year are to be canceled at this point.

NJMP is currently at Phase I of its three-stage build plan, with trackside villas, restaurants, hotels, R&D facilities, and driving schools planned for Phase II. Phase III is to include a 3/4-mile tri-oval, hotel with conference center, and additional garages. Whether those plans will be possible now that the track has filed bankruptcy is up in the air.

The announcement comes as yet another in the wave of track closings across the U.S. in the last few years. Many of the insolvent road courses, including Memphis Motorsports Park and Gateway International Raceway, have been bought up by Dover Motorsports, Inc. MMP was later sold to Gulf Coast Entertainment, which also owns Alabama Motorsports Park.