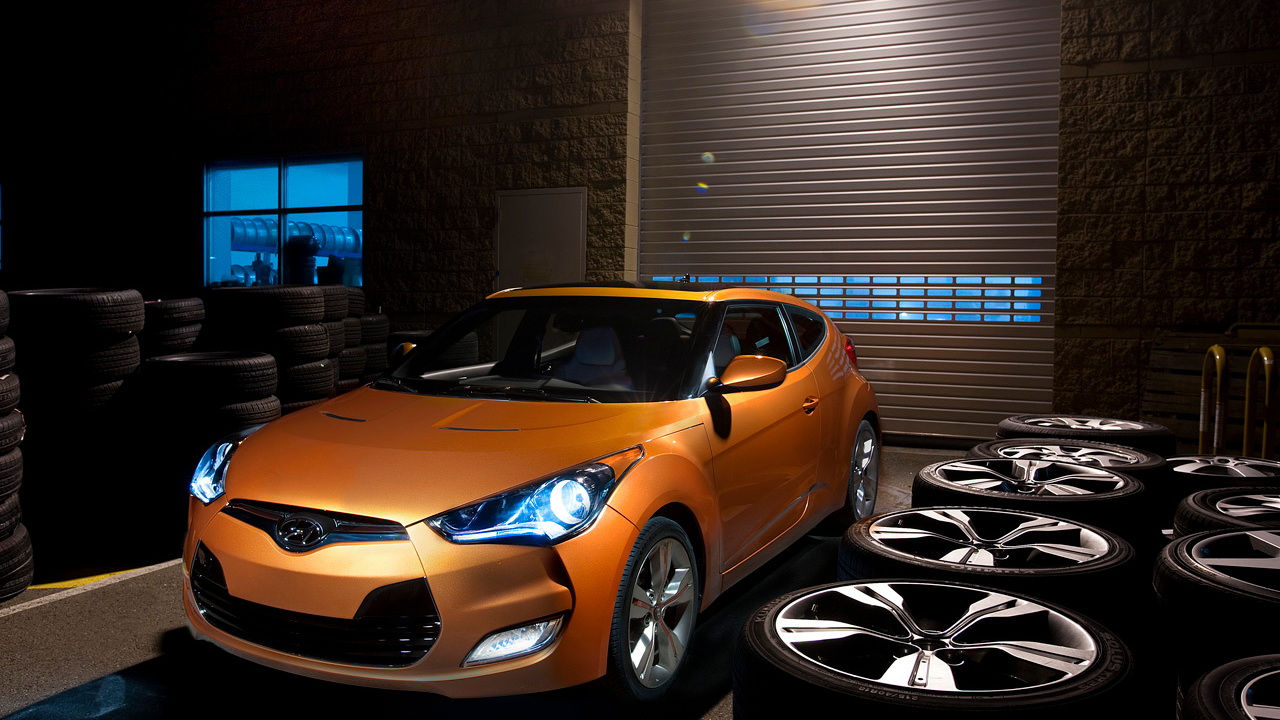 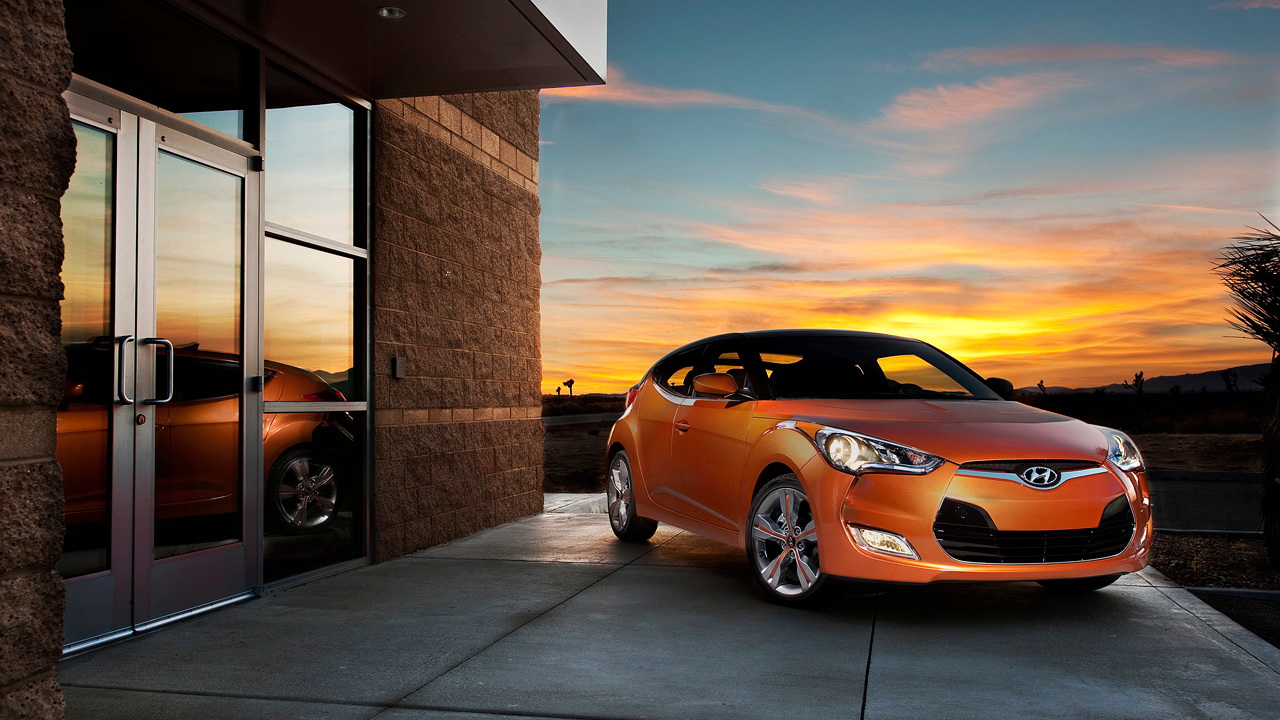 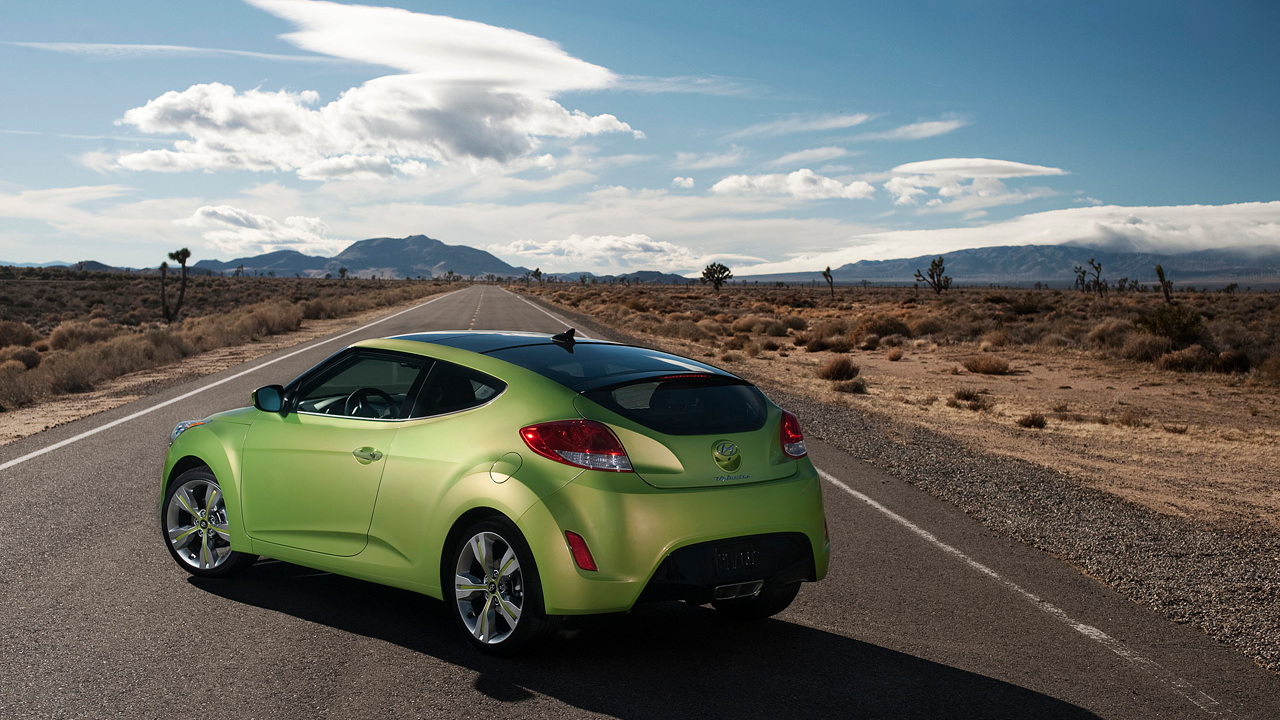 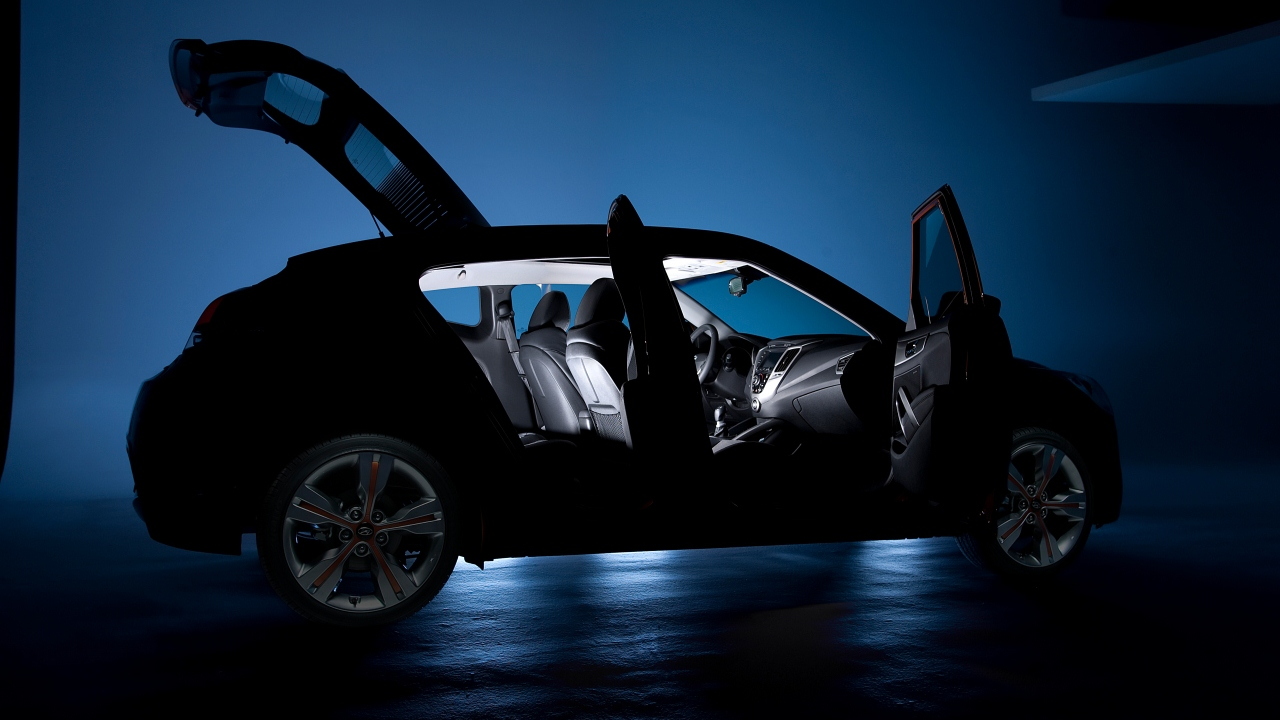 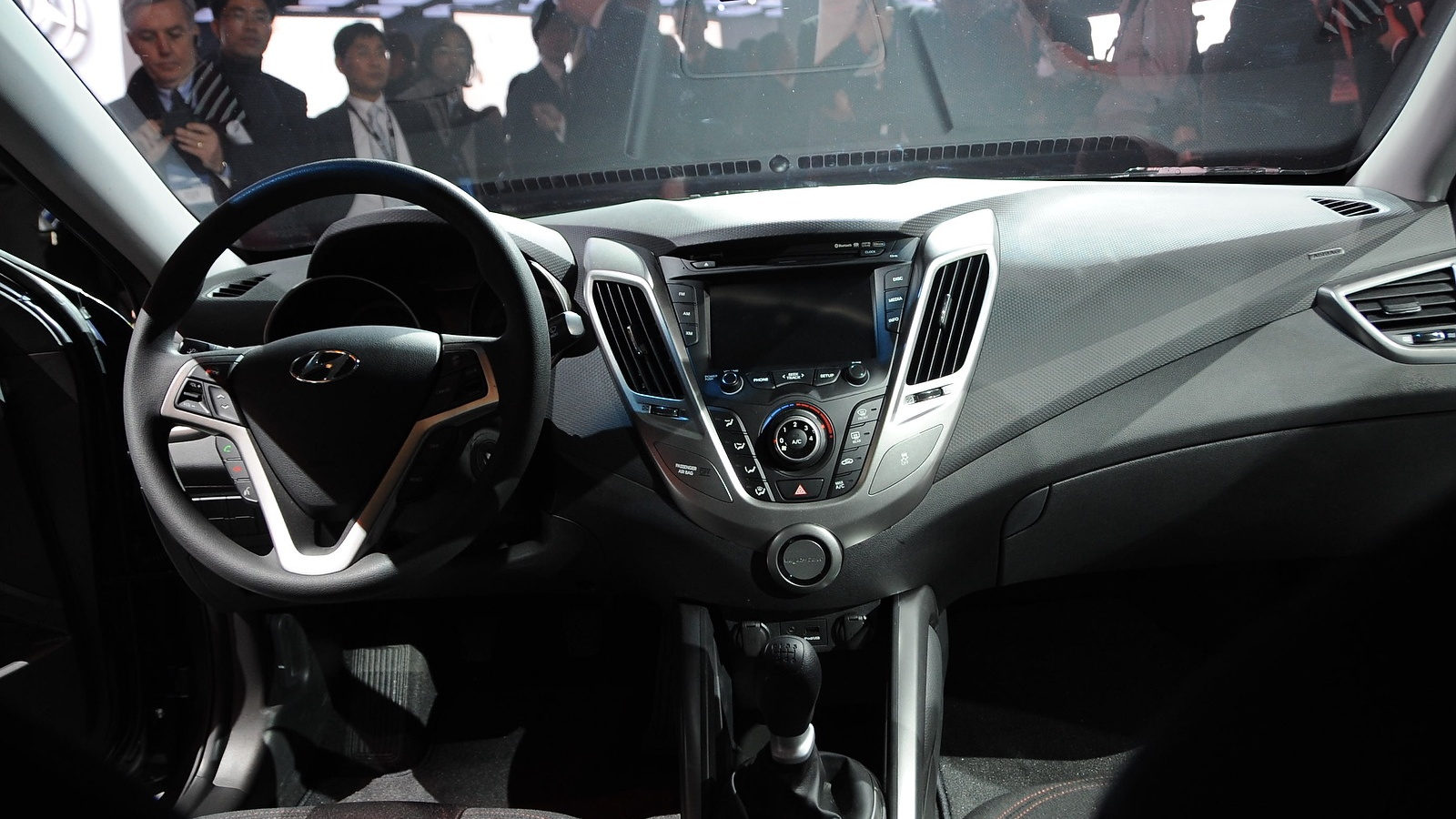 Today's navigation systems are great at finding the shortest route between Point A and Point B. Some even integrate traffic data to identify alternate paths if the shortest one is congested. But Hyundai's newest navigation platform will also tell you which route is the greenest, keeping CO2 out of the air and cash in your wallet.

The technology was developed using NAVTEQ's Advanced Driver Assistance System, or ADAS. ADAS incorporates all the usual bells and whistles you'd expect from mapping software, then adds predictive modeling for traffic (so it can guess where jams are likely to occur) as well as topographical data (so it knows road slopes and curvature). When all that data is taken into account, two routes that might at first seem comparable may in fact be entirely different.

Imagine, for example, that you're in a city like Los Angeles, with some hilly terrain. Your Hyundai offers two ways to get you to the mall -- one that's fairly direct but goes through heavily trafficked areas, and another that takes a slightly longer but less congested route over some low hills. Many of us would choose the latter, right? After all, no one enjoys riding bumper to bumper, and it would seem to waste gas, too. But while the route over the hills might take less time, it could end up using more fuel -- and thus costing you more -- because of all the extra energy your car expends traveling up those hills. If your ride comes equipped with stop-start technology, option #1 seems even better. Slow and steady wins the race.

To test out this way of thinking, Hyundai and NAVTEQ put the system through its paces in cities around the world, including Chicago, Frankfurt, New York, and Paris. And what they found is that when drivers took the "greener" route, they used at least 6% less on fuel than the drivers who opted for the "fastest" route -- and they frequently saved even more.

Many of us have access to navigation systems -- in-dash units, dash-top systems like TomTom's, or even smartphone apps  -- but we don't use them on a regular basis because we're traveling through well-known territory. We don't really want to expend the time and energy to pull up nav data when we're going to work, or the grocery store, or other places we go every day because in our minds, those routes don't change.

But in fact, they do change. We may know our hometown like the back of our hand, but thanks to the vagaries of traffic, what we think of as the "fastest" may not be. Nor is our fastest route necessarily the greenest. The Hyundai/NAVTEQ system offers a choice and makes for more informed drivers. And in our experience, more informed drivers are better drivers.

The ADAS technology debuted on the 2012 Hyundai Veloster at the 2011 Geneva Motor Show. It's scheduled to appear on consumer models of the Veloster later this year, with others Hyundai models to follow.

GENEVA, March 2, 2011 /PRNewswire/ -- NAVTEQ, the leading global provider of maps, traffic and location data enabling navigation, location-based services and mobile advertising around the world, has been chosen by Hyundai to provide advanced content for its new navigation platform which features a green routing option as well as the traditional 'shortest' or 'fastest' routes. Being showcased on the new Hyundai Veloster which is being launched at the Geneva Motor Show this week, the system will also be demonstrated at the NAVTEQ stand (7000, Hall 7).

Hyundai developed the new software using NAVTEQ's digital map data with additional ADAS attributes such as slopes, height and curvature which enable the routing calculations to take into account more precise road geometry and the nature of the terrain.   This has been coupled with NAVTEQ Traffic Patterns™ which predicts where and when traffic jams will happen based on when they typically occur - so drivers can be guided via alternative routes where traffic flows more smoothly.   Together these attributes enable the navigation system to find routes which minimize fuel consumption.

"It is rare for this type of 'green routing' option to be available in C–segment vehicles but we are looking to exploit any opportunity which encourages responsible driving and lowers CO2 emissions," commented Allan Rushforth, COO & SVP European Operations, Hyundai Motor Europe GmbH. "By leveraging NAVTEQ's expertise and support services we can improve customer benefits and move beyond the map to ADAS data and other advanced content to bring this technology to higher volume models."

Tests comparing 'fastest route' and 'greenest route' calculations in several city and urban scenarios ranging from Paris to Frankfurt, New York and Chicago showed that when using the 'greenest route', there was at least a 6% fuel saving per trip and often more*. In additional NAVTEQ research,** green routing – with the navigation system determining the most fuel-efficient route – proved the eco friendly feature with the highest level of interest, followed by green driving (which advises the driver on the optimum speed and gear for the terrain) and then predictive cruise control.  Most of those surveyed would anticipate using green features on a weekly basis.

"NAVTEQ has, for the past several years, developed advanced content which supports OEs efforts to reduce CO2 emissions, working towards the larger goal of saving the environment," added Bruno Bourguet, SVP Sales EMEA, NAVTEQ.  "Our collaboration with Hyundai has been particularly satisfying as it enabled them to deliver an innovative navigation platform integrating a green routing option in addition to the traditional 'shortest' or 'fastest' routes. This delivers on the larger environmental objective while also meeting the interests of its drivers."

Hyundai is also working with NAVTEQ to improve the navigation take rate even further through effective dealer and customer communications which illustrate how navigation adds value and potentially helps reduce running costs. NAVTEQ has been encouraging for many years consumer adoption of navigation through a variety of innovative marketing programs facilitating easy and convenient dealer ordering processes by creating on-line stores for map updates, offering "map bundles" to keep navigation systems at an optimum performance with up-to-date maps or sending out dealer communications via email and direct mail when an update becomes available.

The new navigation software will be used on the company's map updates from Spring this year – making the advanced 'green routing' feature available to drivers with the recently launched Veloster.