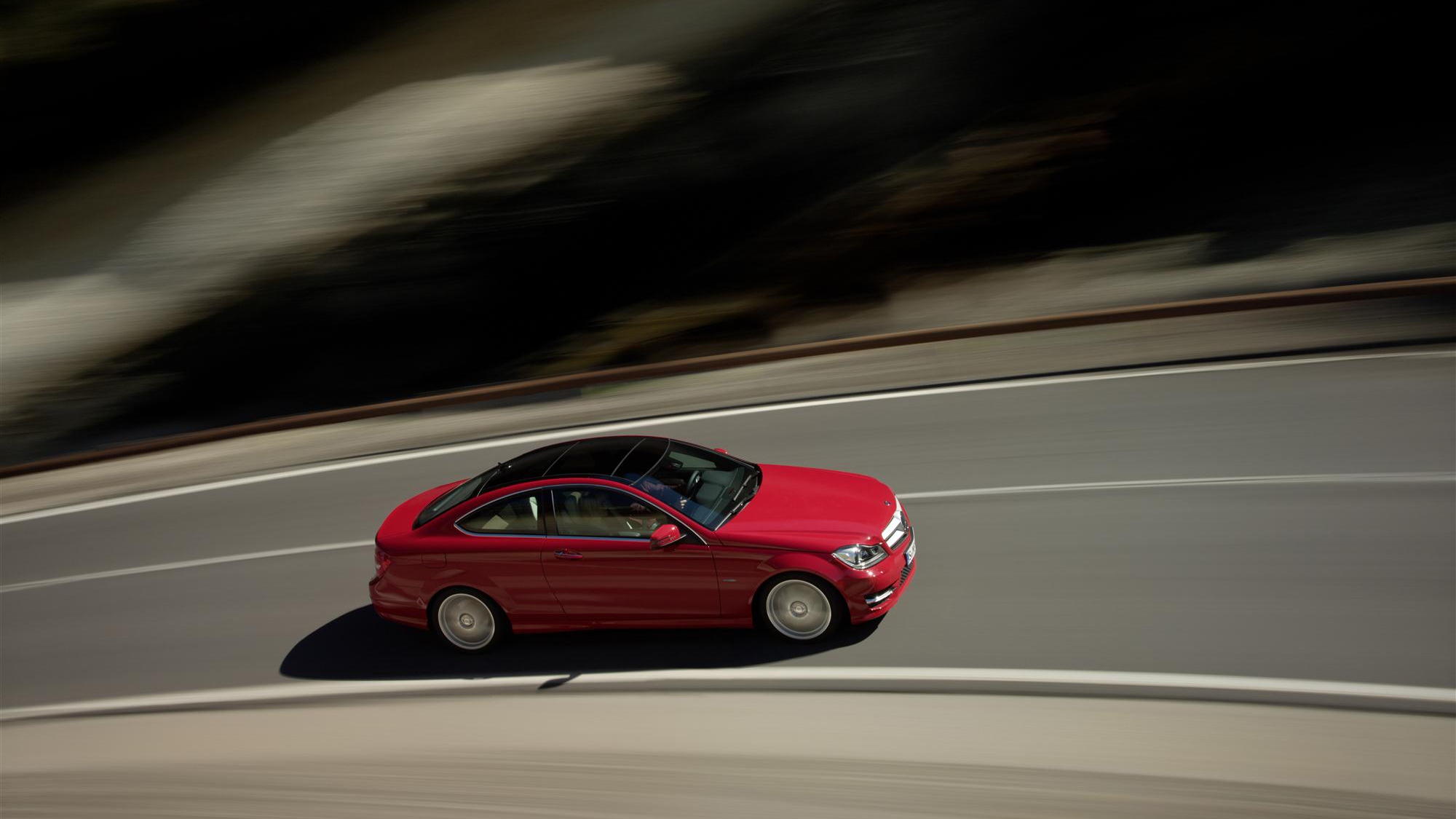 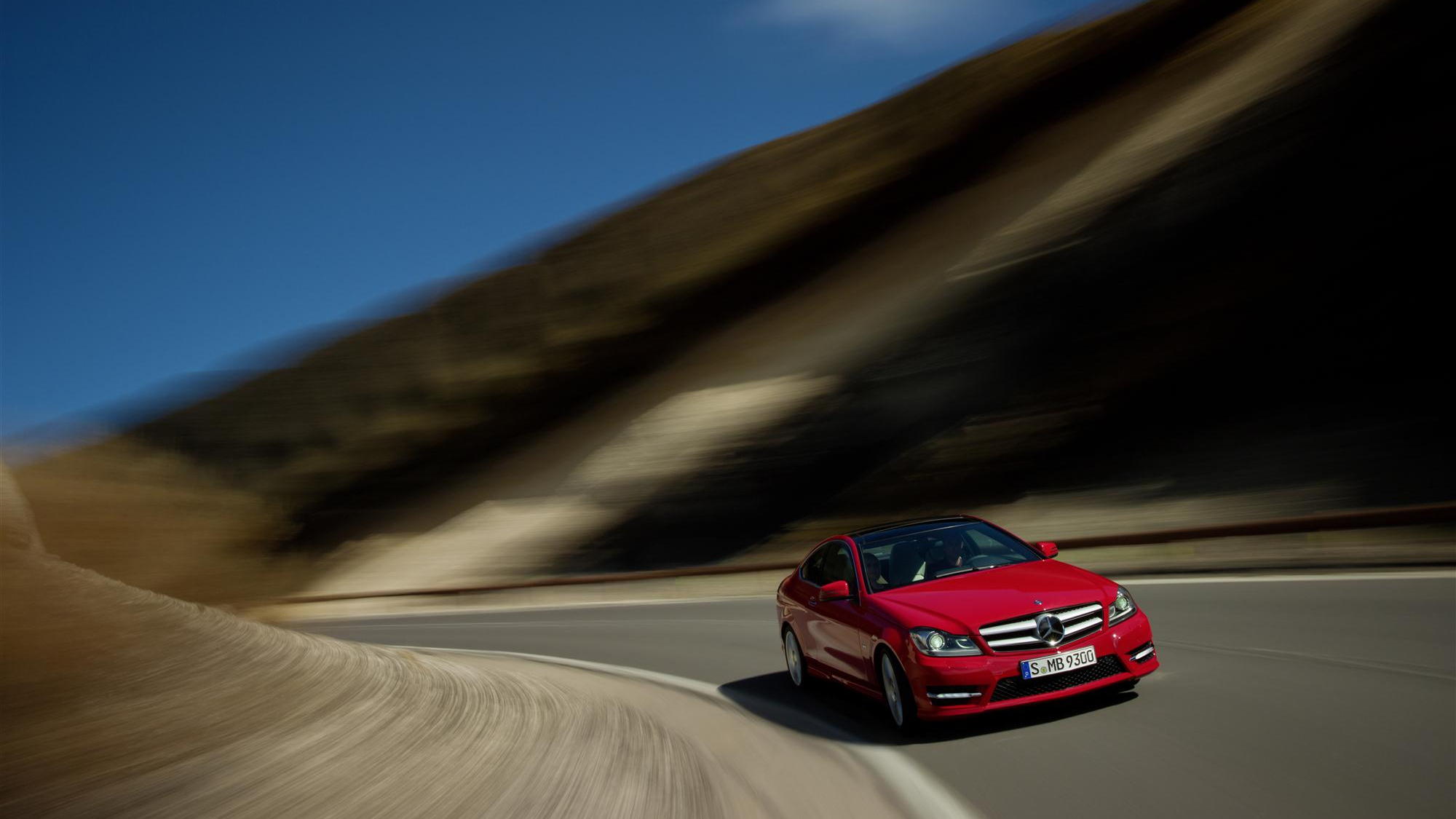 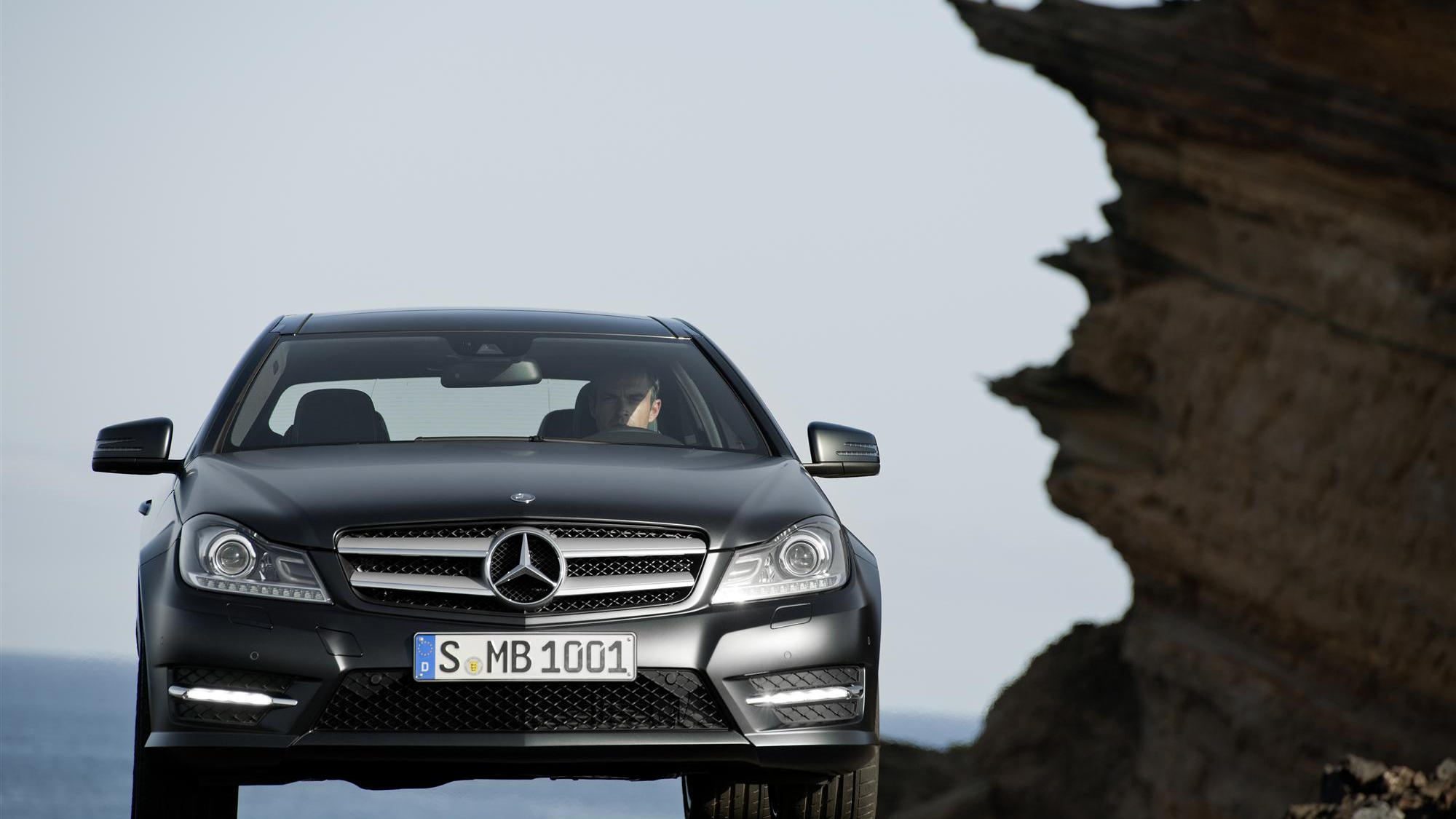 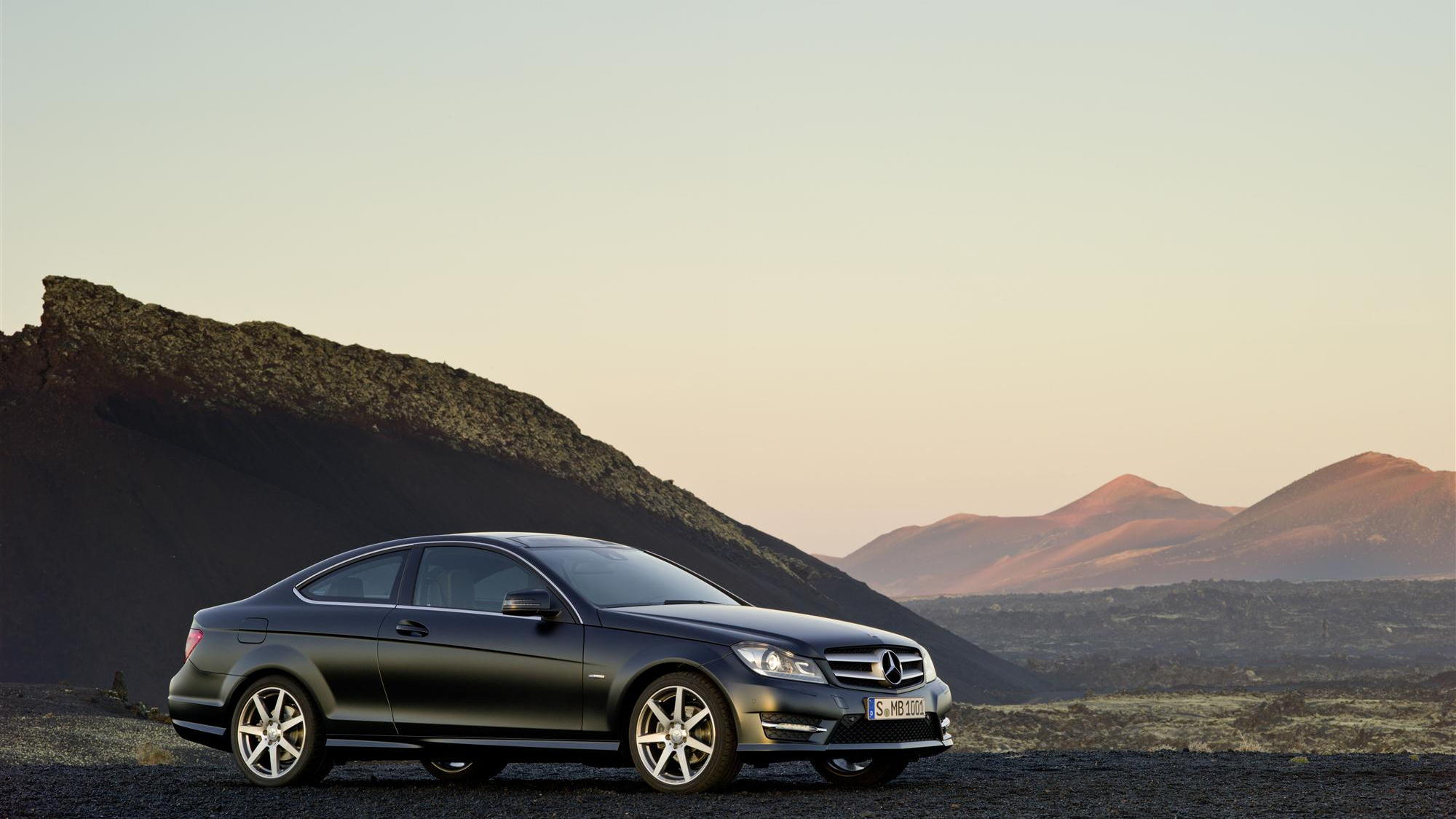 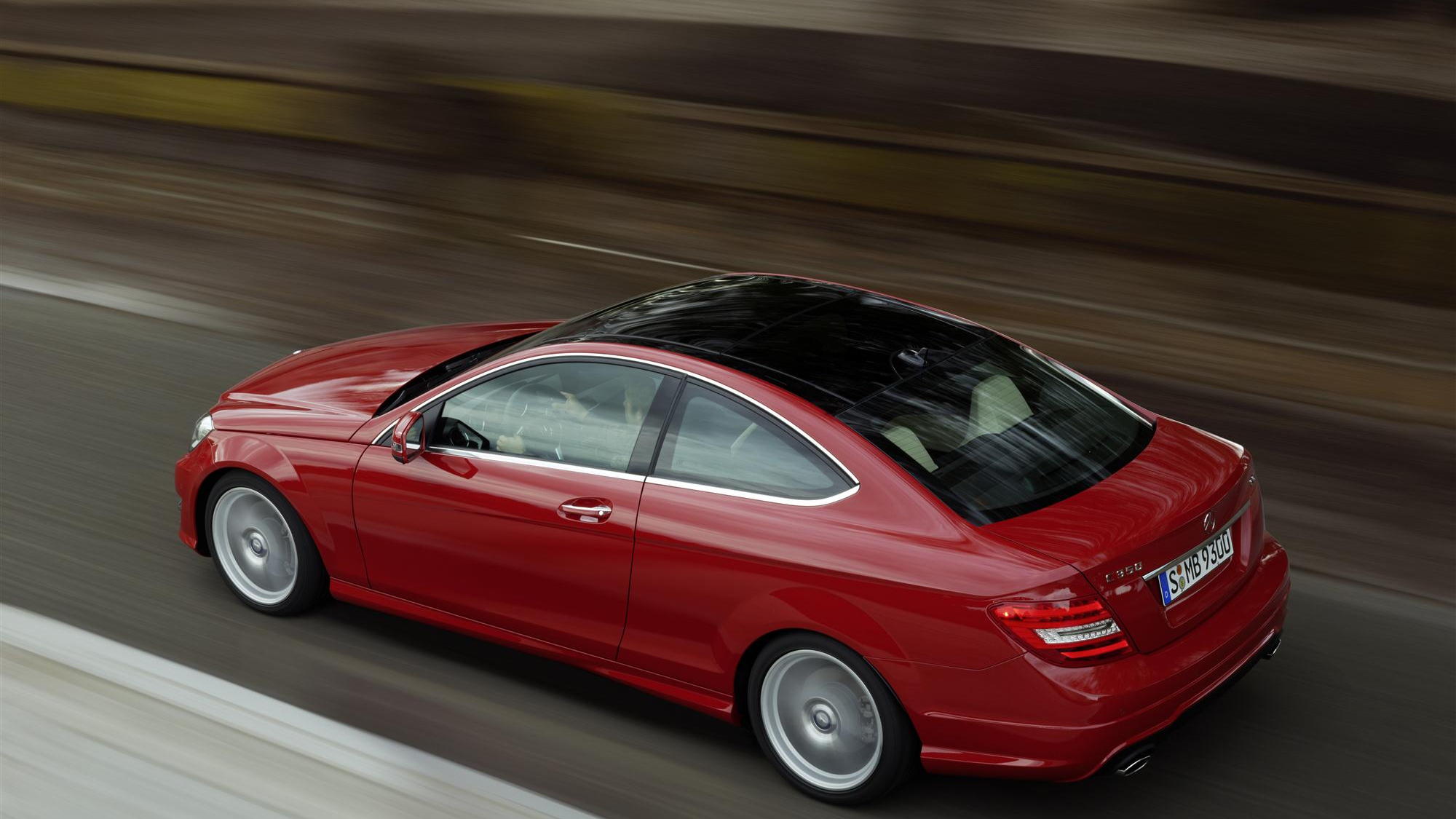 Two-doors are in vogue again, it seems, with every almost every major luxury manufacturer showing off a new coupe in recent months. Mercedes-Benz joins the rolls today with the 2012 C-Class Coupe ahead of its Geneva Motor Show debut.

Replacing the last-gen CLC Coupe, the new C-Class Coupe rides on the same core underpinnings as the C-Class sedan, but with a fastback profile and a new C250 201-horsepower four-cylinder. The 302-horsepower C350 V-6 is also available--and both will be in U.S. showrooms by September.

Fuel consumption with the new direct-injection 1.8-liter turbo four-cylinder is estimated at 24 mpg city and 30 mpg highway. Despite the greenish tint, 0-60 mph takes just 7.1 seconds. The 302-horsepower V-6 scores an estimated 22 mpg combined, likely meaning something in the neighborhood of 18/24 mpg. Zero to sixty in the V-6 takes 5.9 seconds. The four-cylinder was announced with the Sedan late last year, but without power or detailed fuel economy ratings. A high-powered 6.2-liter V-8 C63 AMG Coupe version, previewed in Mercedes' Super Bowl ad, will be released soon, as well.

Aside from the four-cylinder offering, the major (obvious) change from the sedan is the body style: it's 1.5 inches lower at the roofline, the windshield is raked a bit more steeply, the C-pillar is restyled for the sloped profile with a slight kick at the beltline, and the nose and tail get slightly different treatments.

Inside, the cues are familiar as well. The C250 model gets standard aluminum trim, while the C350 gets Walnut burlwood, or an optional upgrade to Ash Olive matte wood trim. A combination of matte buttons and high-gloss accents dominate the center stack, and the metallic rings ensconce the instrument panel, vents, and other elements.

Though it only has two doors, the C-Class Coupe is a four-seater, and the rear seats can be folded down for more cargo room. The latest COMAND system is included, with a larger display, Bluetooth streaming audio, weather and traffic information, and Google Maps send-to-car functionality.

As usual with Mercedes, a wide range of driver assistance technologies, including lane-keeping, blind-spot detection, parking assistance, and more, are available.

We'll be live at Geneva for the official unveiling, but until then, peruse our gallery of high-res shots above.