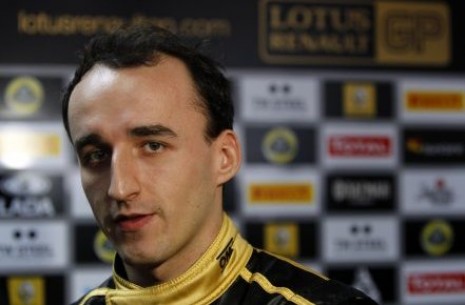 An off-season rally bid has ended in disaster for Formula 1 driver Robert Kubica this morning. During a stage of the Ronde di Andora rally, he veered off-course and collided with a guard rail and wall, causing multiple fractures of his right arm, hand, and leg.

Lotus-Renault GP, Kubica's F1 team for the 2011 season, released two statements this morning, one confirming the accident, the second updating on his condition. Kubica underwent surgery for multiple fractures at the Santa Corona Hospital in Pietra Ligure. A press conference on the matter was held two hours ago by Daniel Morelli, Kubica's manager, at the hospital.

Morelli told the press that surgeons are trying to restore the functionality of his right hand, indicating the damage was severe. Surgery was done to restore blood flow to the arm and hand, and restore muscle function, according to Morelli.

Neither his team nor his management have said how the injuries will impact Kubica's 2011 F1 season, but it's likely to keep him off the grid for several months at the least, even if he makes a full recovery.

Competing in other forms of motorsports during the off-season has become commonplace among F1's younger ranks, with Kimi Raikkonen famously competing in snowmobile races and rally before his move out of F1. Mark Webber, on the other hand, has suffered injuries both during the season and in the off-season while riding his mountain bike.

Whether Kubica's off-season accident will lead to teams placing restrictions on the off-season antics of their drivers remains to be seen, but it wouldn't be surprising.