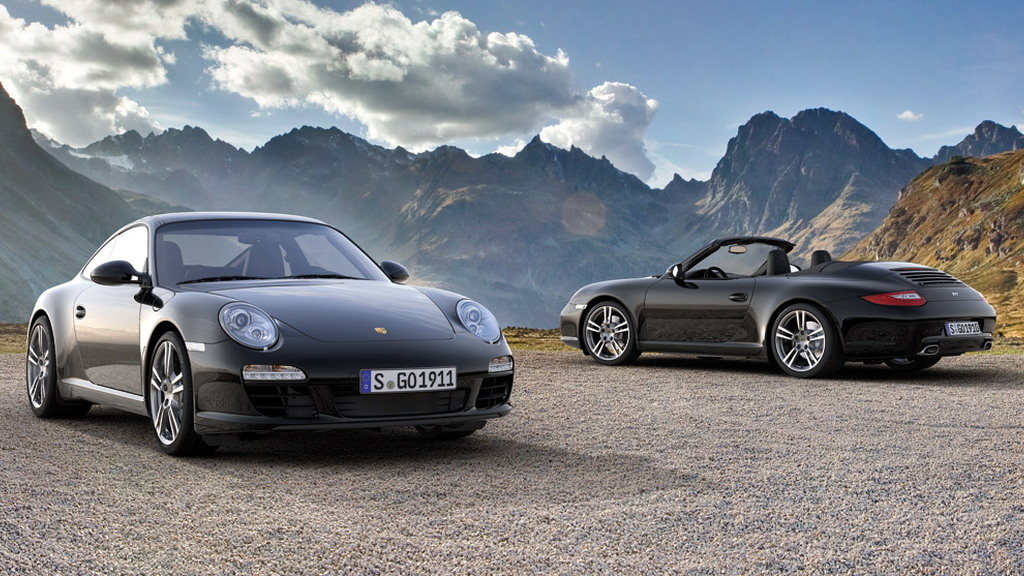 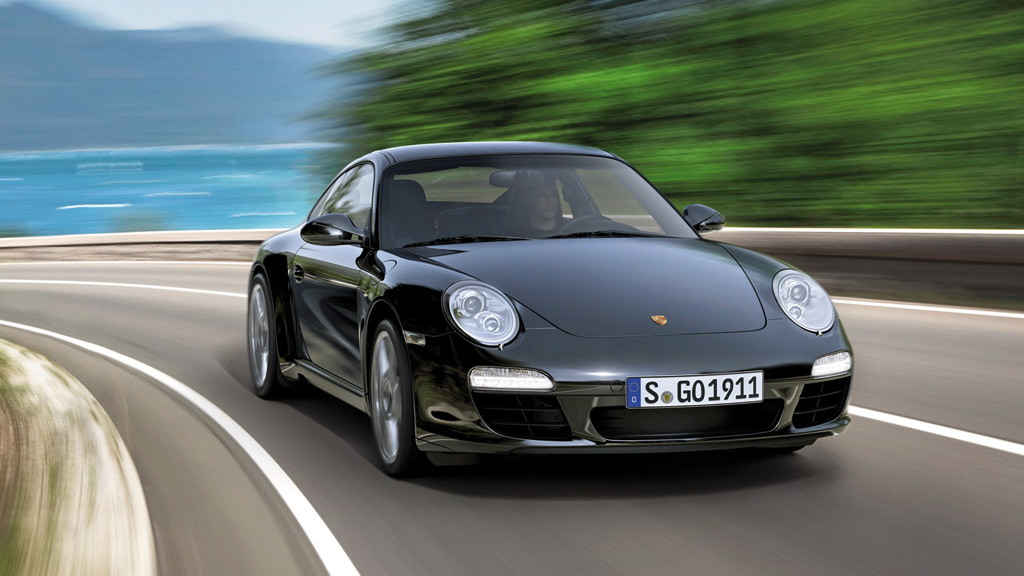 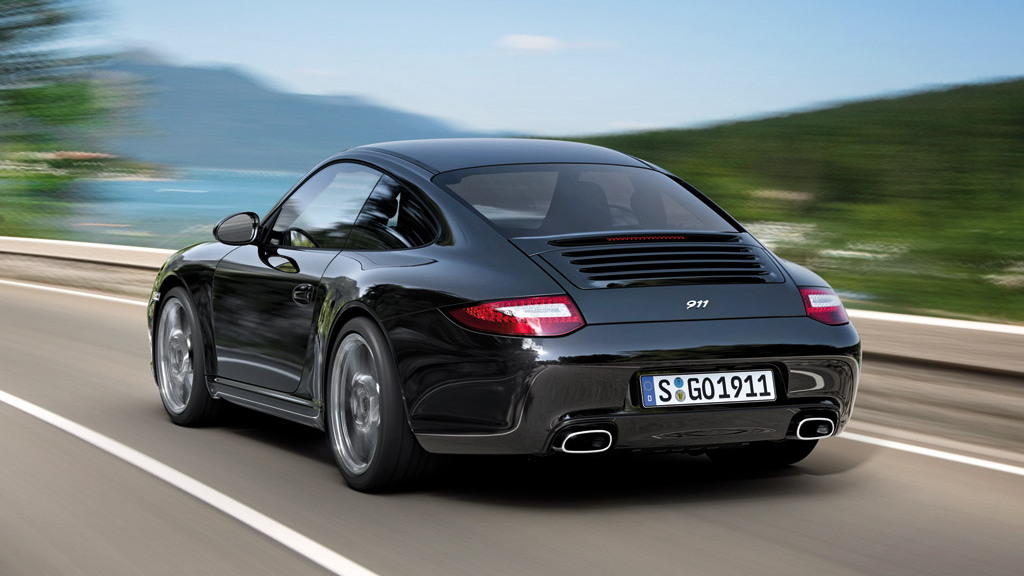 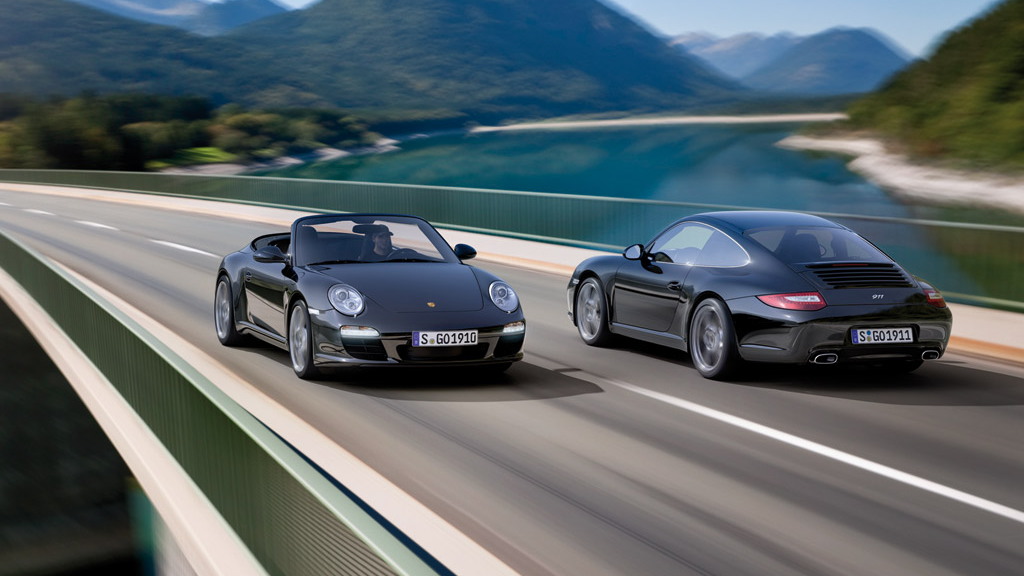 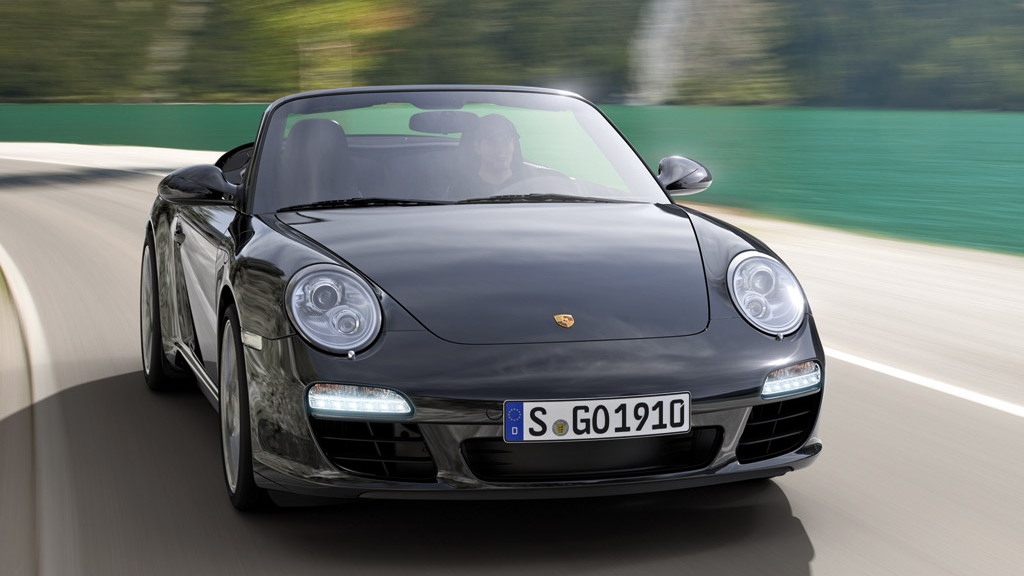 10
photos
An all-new generation Porsche 911 is set to bow in towards the end of the year but as one last hurrah for the current model, Porsche is launching the new 911 Black Edition for the Carrera and Carrera Cabriolet.

All Black Edition models come in an exclusive black paint scheme, with basalt black metallic also available as an option. The cars also feature 19 inch wheels lifted from the 911 Turbo, in which are housed four-piston aluminum monobloc fixed calipers finished in black as well. A grey top-tint in the windscreen is standard on the 911 Black Edition, rounding out the special exterior appointments to the cars.

Open the door and you’ll be greeted with stainless steel door sill plates with the words “Black Edition” emblazoned on them.

The interior continues the exterior color scheme, with black leather trimmed seats, a sports steering wheel and a badge on the glove compartment lid displaying the vehicles’ unique build number.

All Black Edition models also come with a 13 speaker (12 in the Cabriolet) Bose surround sound stereo as well as a GPS navigation system.

As mentioned, no changes have been made to the engine compartment, which means peak output remains at 345 horsepower. Coupled with the standard six-speed manual gearbox, this output enables the Carrera to achieve a top speed of 180 mph in both body versions. At its maximum acceleration the Coupe reaches 62 mph in 4.9 seconds and the Cabriolet in 5.1 seconds.

With the PDK dual clutch transmission, the acceleration figures drop to 4.7 seconds and 4.9 seconds for the Coupe and Cabriolet, respectively. Of course, these figures can be improved upon even further with the addition of the optional Sport Chrono Plus package, which features a nifty Launch Control system.

Only 1,911 Black Edition models will be produced for worldwide sale.