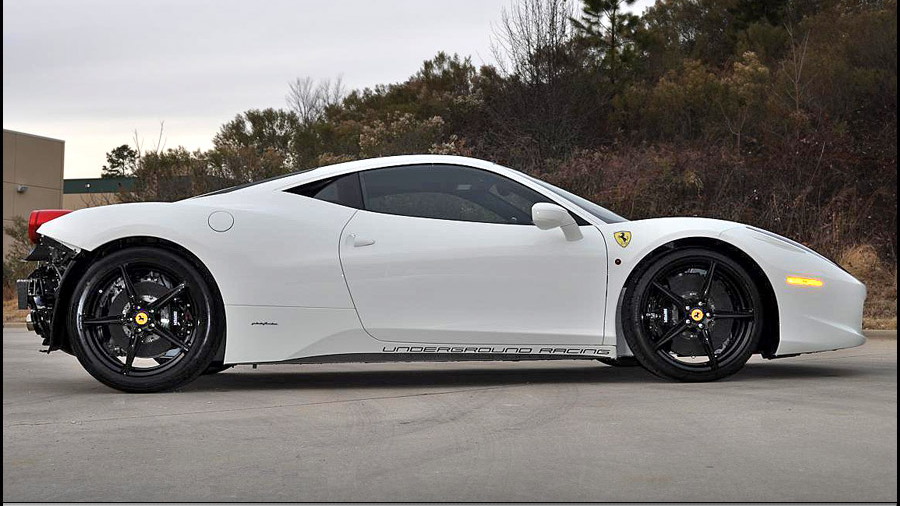 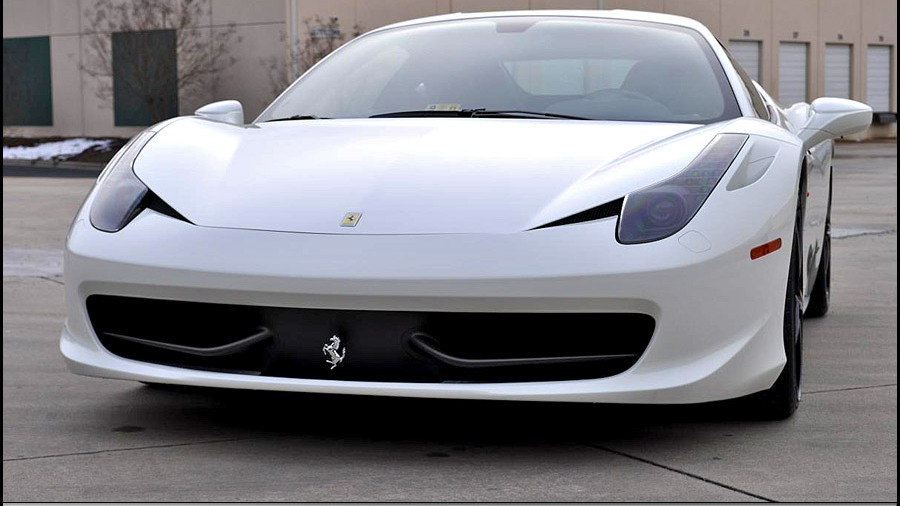 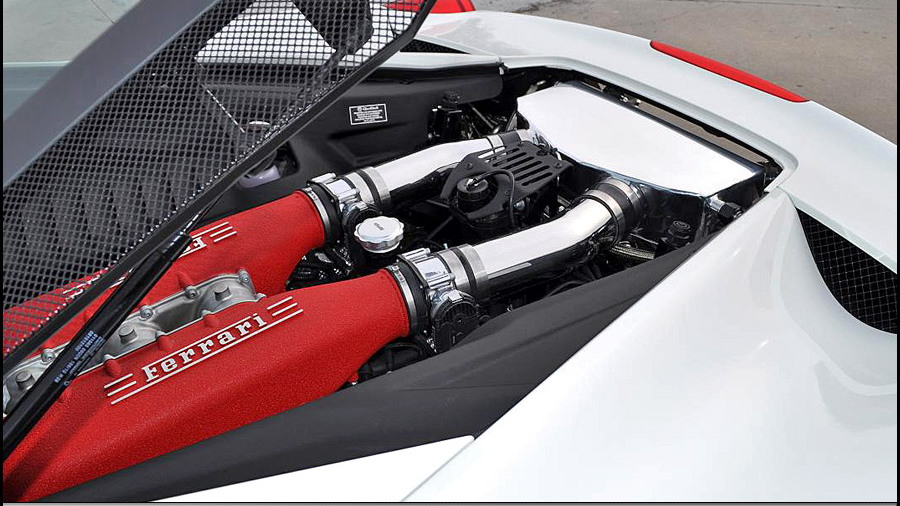 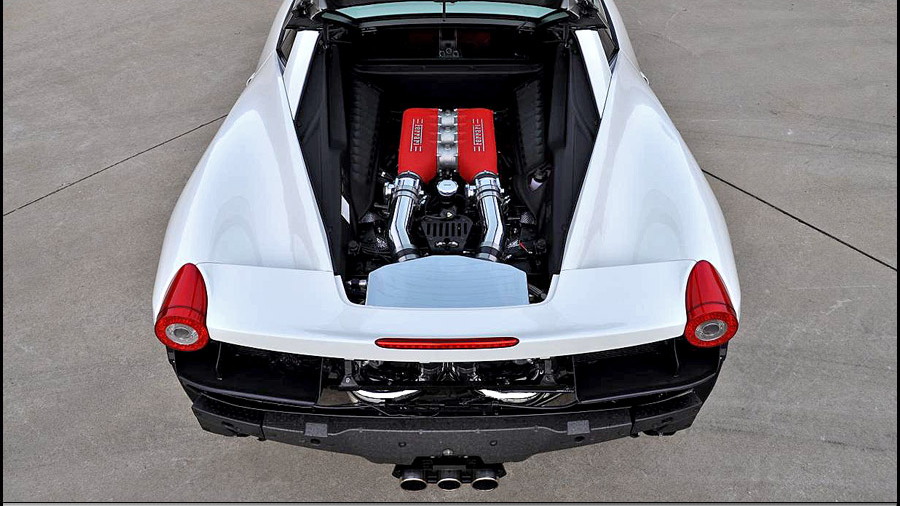 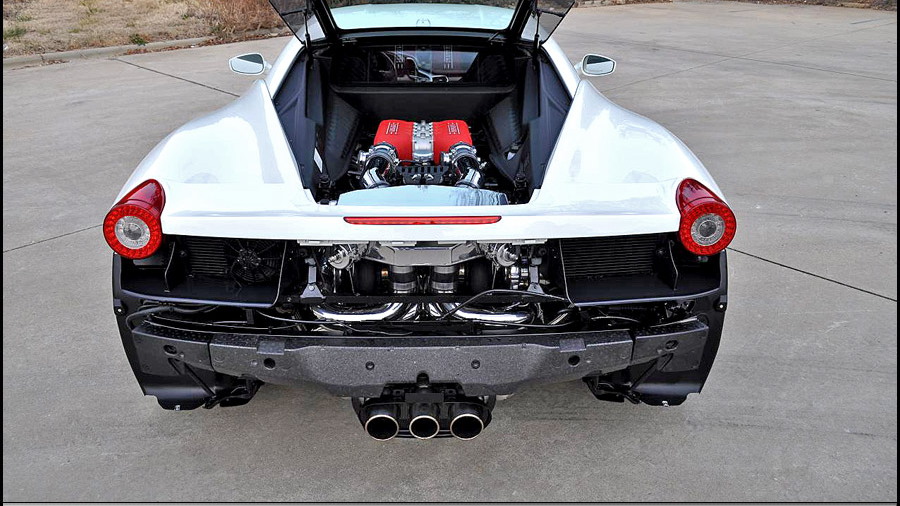 7
photos
The Ferrari 458 Italia is regarded by many as near-perfect (including us). Breathtaking styling, impeccable handling and dynamics, and an engine unmatched in its naturally aspirated performance by any other automaker; it really is a gift sent from god.

In stock form the car’s 4.5-liter V-8 produces 570 horsepower and 400 pound-feet of torque, enough to blast it from 0-62 mph in less than 3.4 seconds and on to a top speed of 202 mph. Insane numbers by anyone’s standards, unless of course you happen to drive twin-turbocharged supercars every day.

So, understandably, for the guys at Underground Racing, a stock Ferrari 458 Italia just won’t cut it.

From the makers of the fire-breathing Lamborghini Murcielago LP670-4 SV and a Lamborghini Gallardo capable of 250 mph top speeds, comes a new twin-turbocharging kit for the Ferrari 458 Italia. The kit is still in development but these pictures, which show a prototype version, reveal a very neat looking, almost OEM-like, twin-turbocharging kit for the Italian thoroughbred.

Underground Racing’s new kit will come in two flavors; Stage 1, which is based on a stock 458 Italia engine, and Stage 2, which gets one with a rebuilt engine using custom internals.

As mentioned, the kit is still in development so no performance figures have been divulged as yet. However, if Underground Racing’s previous work is any indication, you can expect it to be one heck of a power-up.