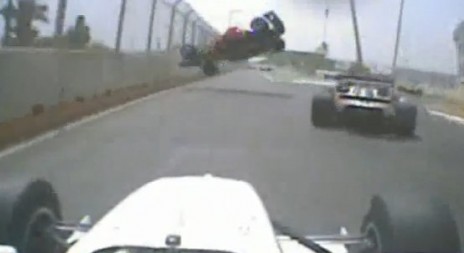 Digesting the latest horsepower figures, performance stats, and driving characteristics is fun, but it can be tough to keep up. Sometimes you just need to kick back, let your digital hair down, and watch a video. Here are the five you watched most in 2010.

First up, we have the Hennessey Venom GT doing its best dragon imitation on the dyno. Beautiful.

Next, the stupidity induced by modern driving aids: reading a Kindle and a book while using a cellphone on the morning freeway commute. Someone yank this guy's license before it's too late.

Koenigsegg is hard to pronounce and even harder to afford, but that doesn't make their cars any less fun to watch. Especially the 910-horsepower Agera.

Sometimes it's the personality behind the car as much as the car that's interesting. Here, rapper Fabolous talks about his Aston Martin Rapide and offers some free mechanical advice.

Finally, we have what may well be the crash of the year. Mark Webber later copied this stunt, but Teixeira gets points for originality. And distance.