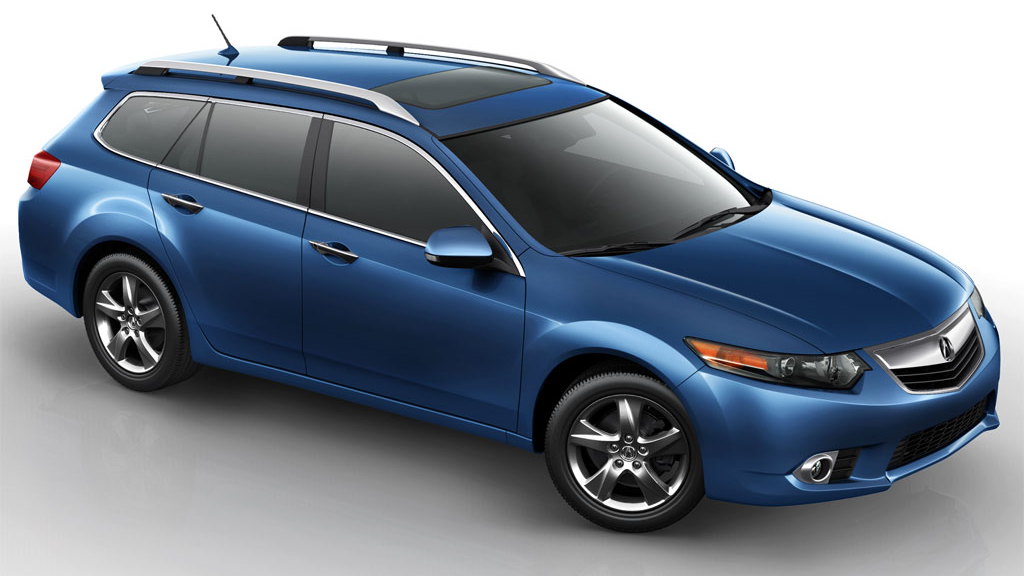 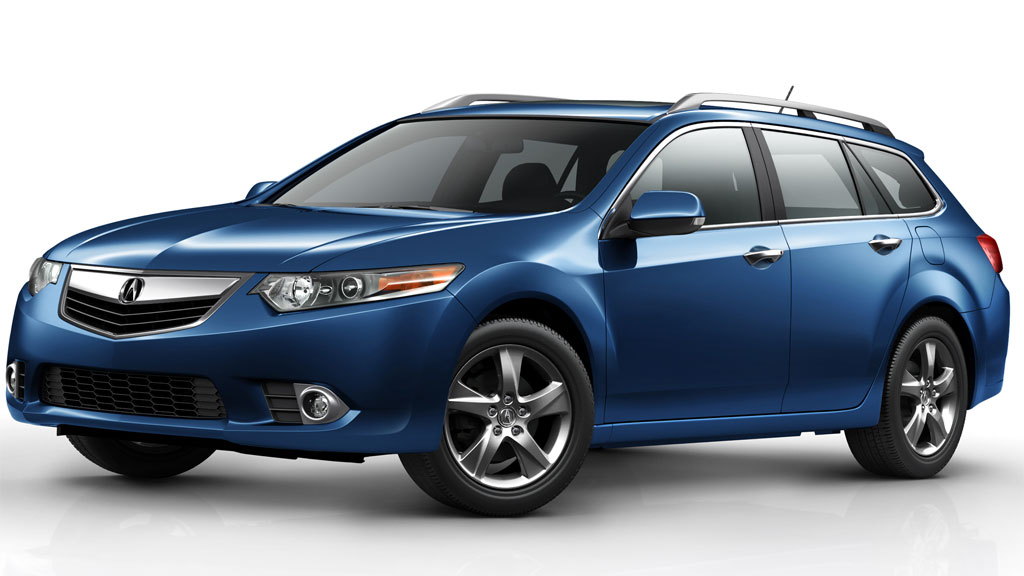 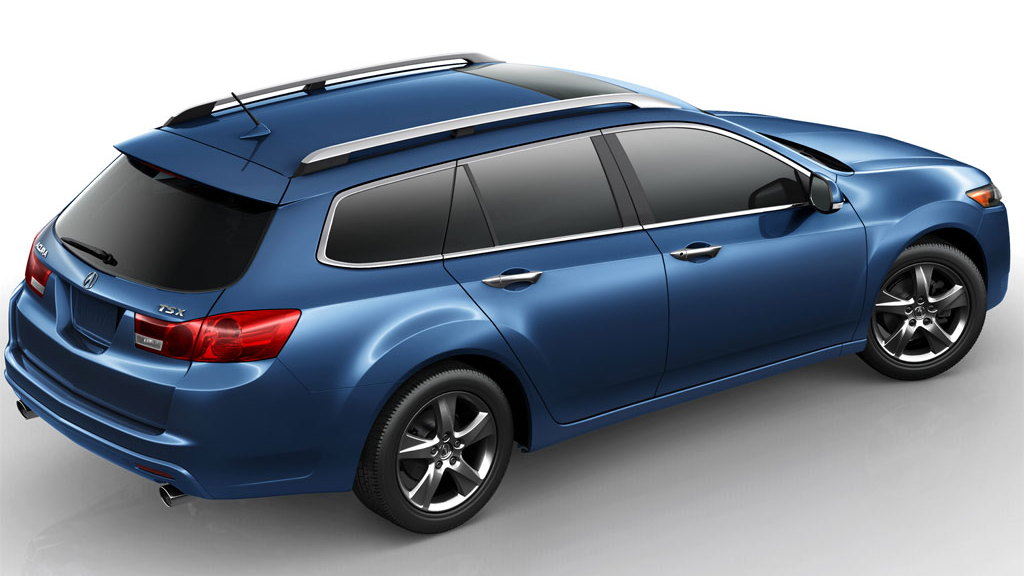 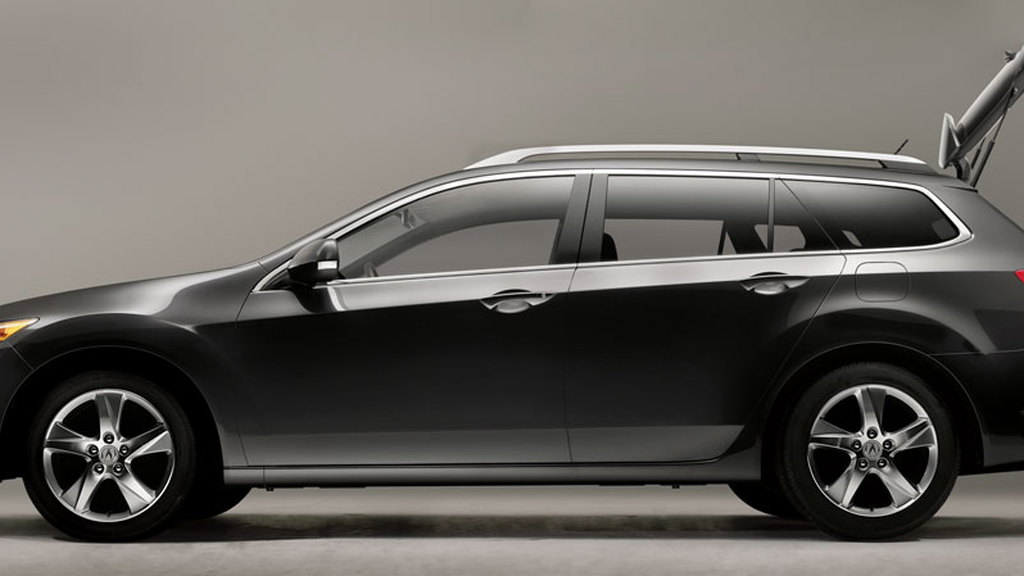 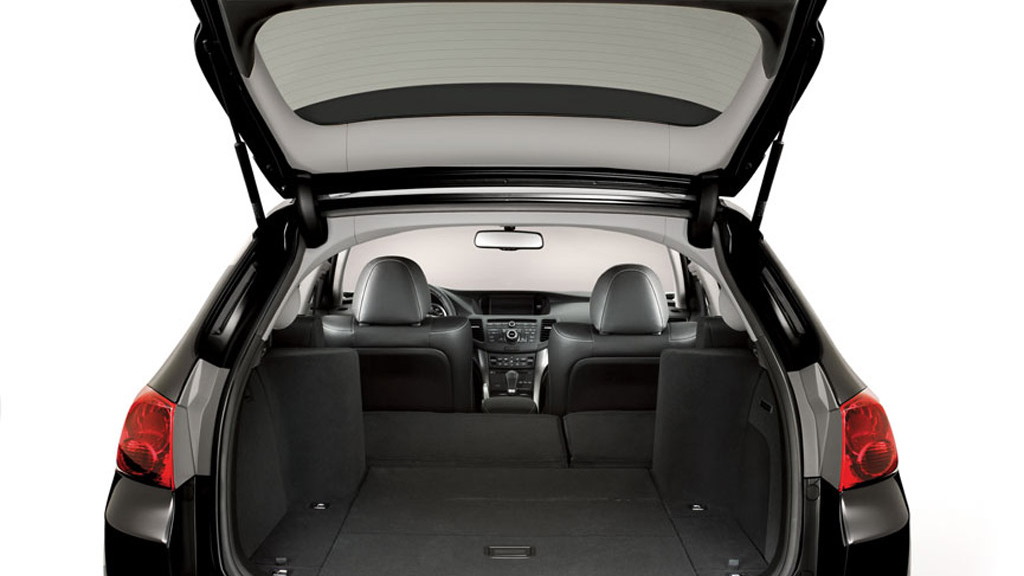 The 2011 Acura TSX Sport Wagon arrives in showrooms soon wearing a base price tag of $30,960, not including destination charges.

The Sport Wagon shares most of its basics with the TSX sedan, which showed up to this year's 2010 Los Angeles auto show with some new spiffs of its own. But while the TSX sedan has an entry price of $29,610, the TSX Sport Wagon is $1,350 higher--which roughly accounts for the wagon's standard five-speed automatic transmission and the included shift paddles, which are an option on the four-door.

The four-cylinder-only TSX Sport Wagon tops out at 201 horsepower from its 2.4-liter engine. The powerplant gives it an EPA-rated 22/30 mpg fuel economy rating.

With its new backpack grafted on the rear end, the TSX Sport Wagon offers up enough space for golf clubs, thanks for removable side panels in the cargo area, says Acura. There's also a set of under-floor cargo bins for additional stowage. In all, the wagon has 31 cubic feet of space behind the rear seats.

Standard features on the wagon include a USB port and iPod/iPhone integration; satellite radio; Bluetooth; leather seats, with heating on the front buckets; a sunroof; and roof rails. Opt up to the $34,610 TSX Sport Wagon with the Technology Package, and more features are bundled in, including navigation with voice controls and real-time traffic; a rearview camera; a15GB music hard drive and 415 watts of speaker power; and a power remote-operated tailgate.

Acura says the TSX Sport Wagon is a natural competitor for the likes of the Audi A4 Avant, the BMW 328i Sport Wagon, and the Volvo V50 T5. We'll be back this week to confirm or deny, when we bring you our first drive.