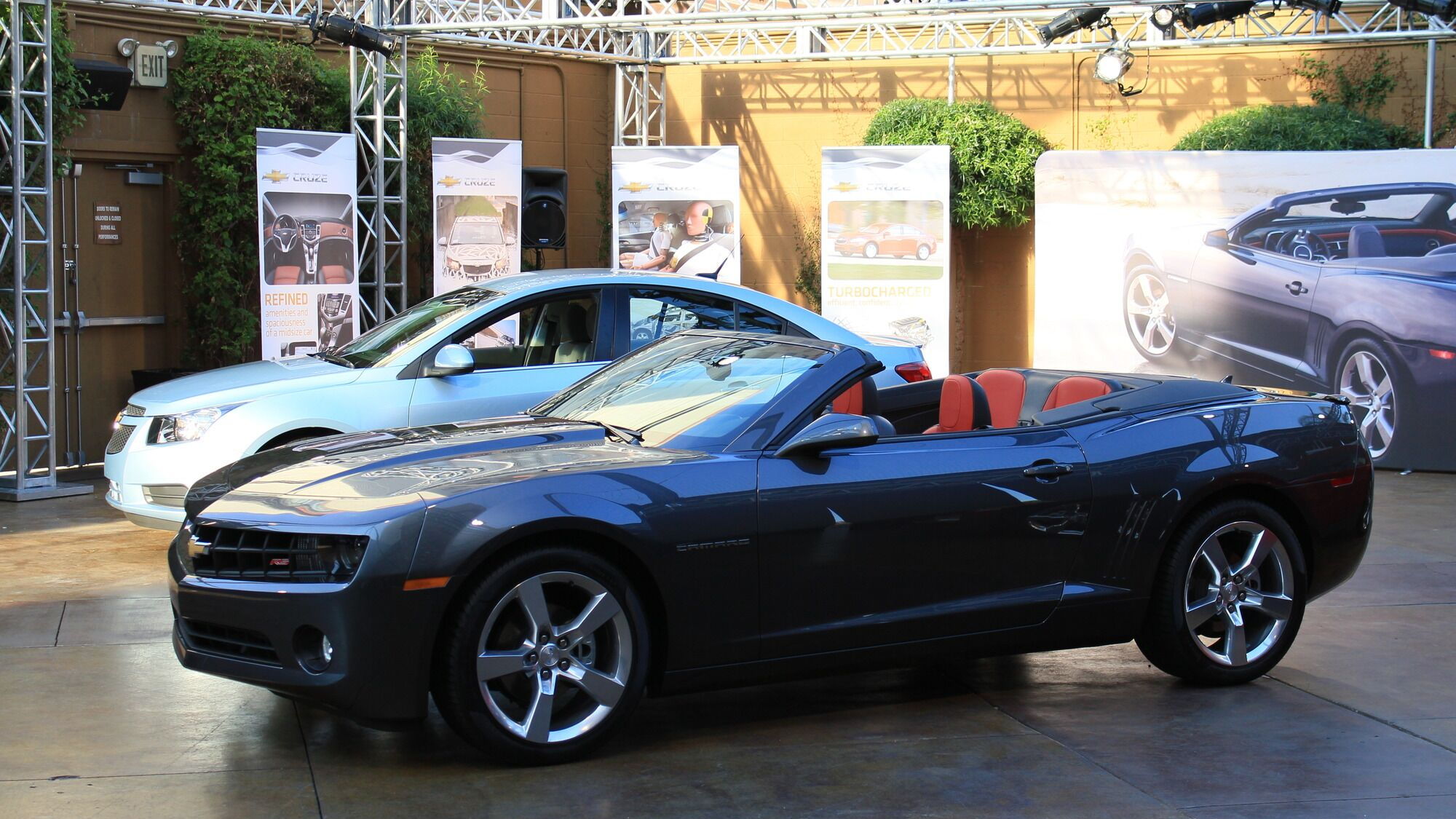 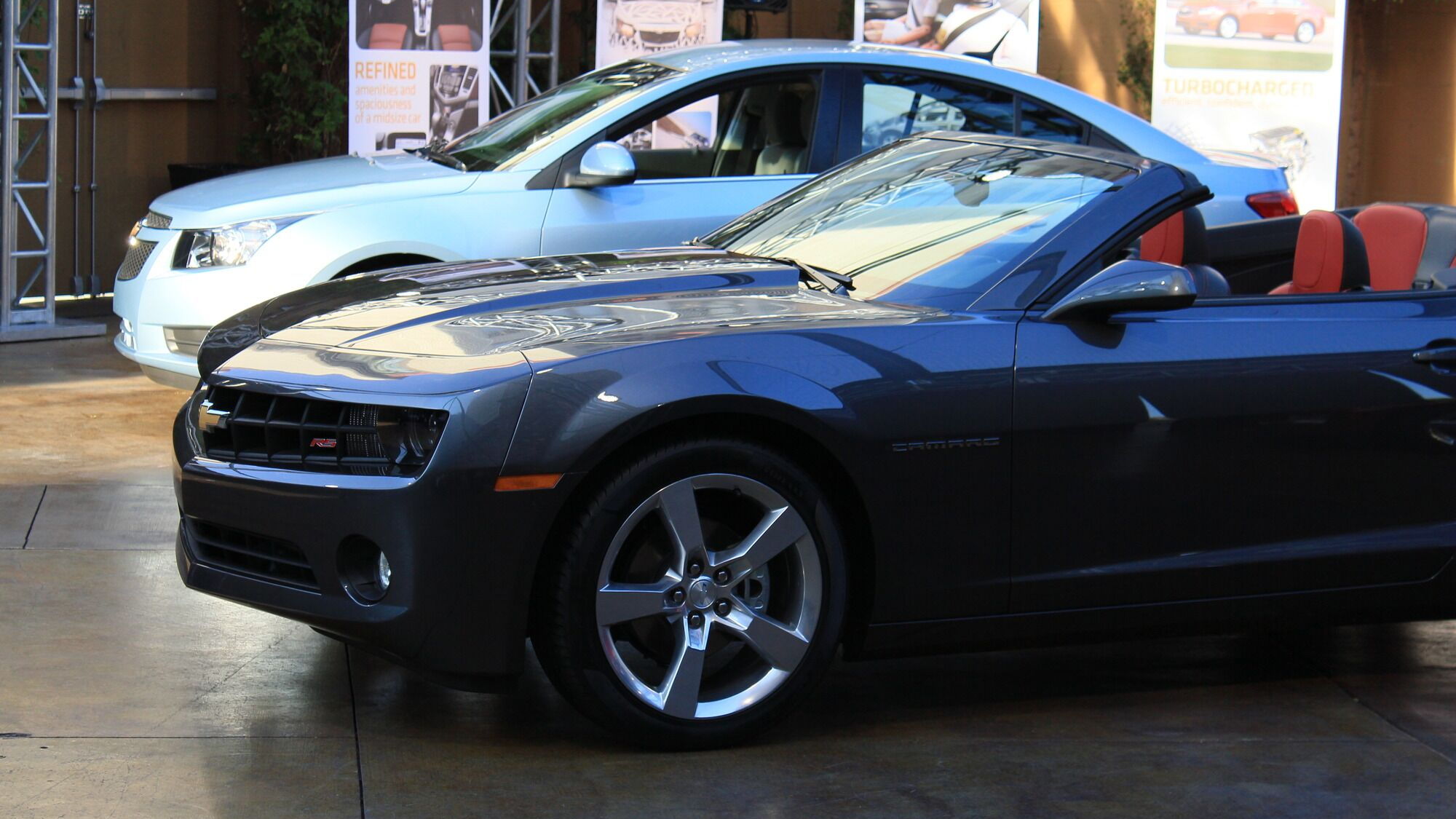 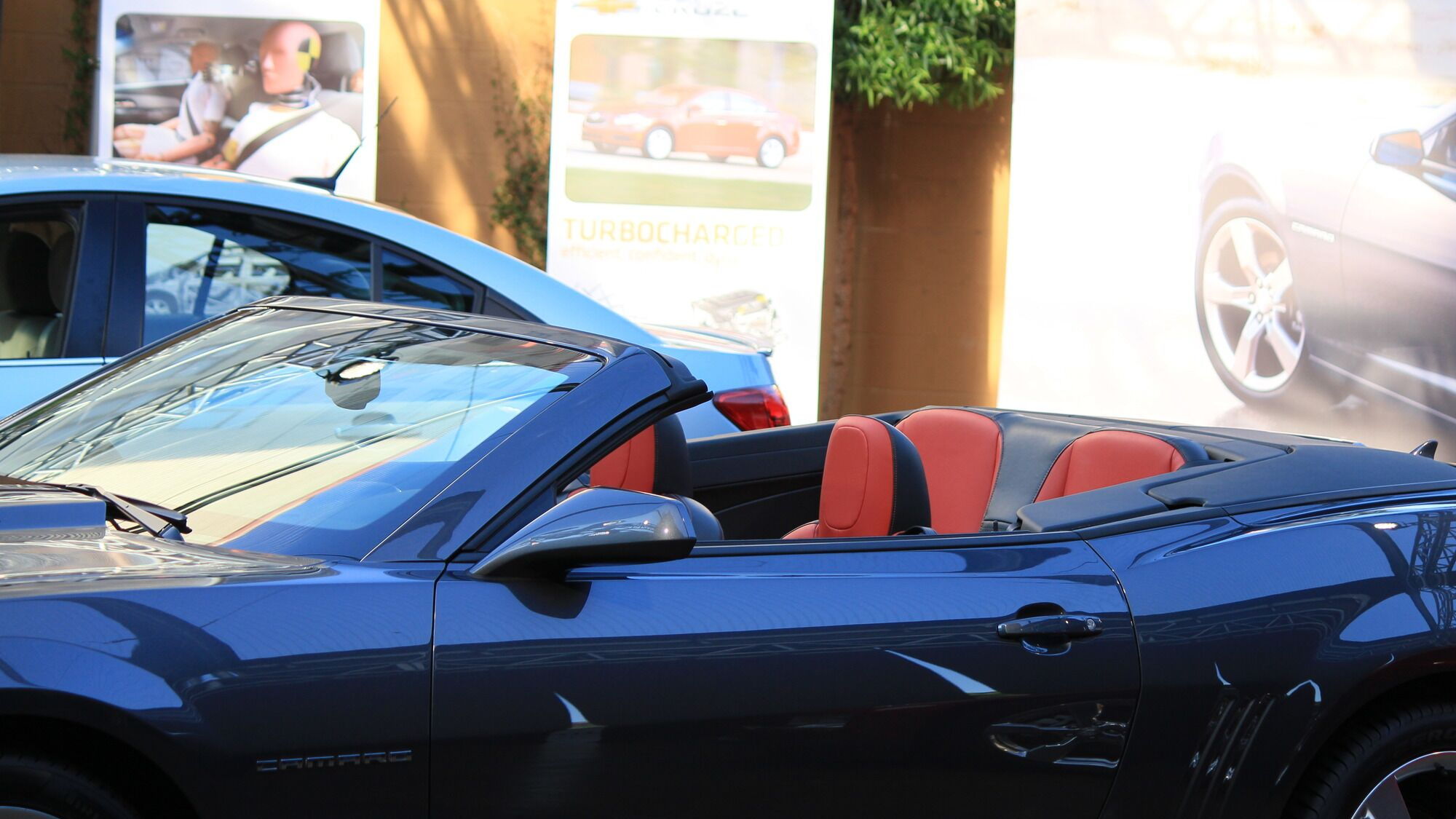 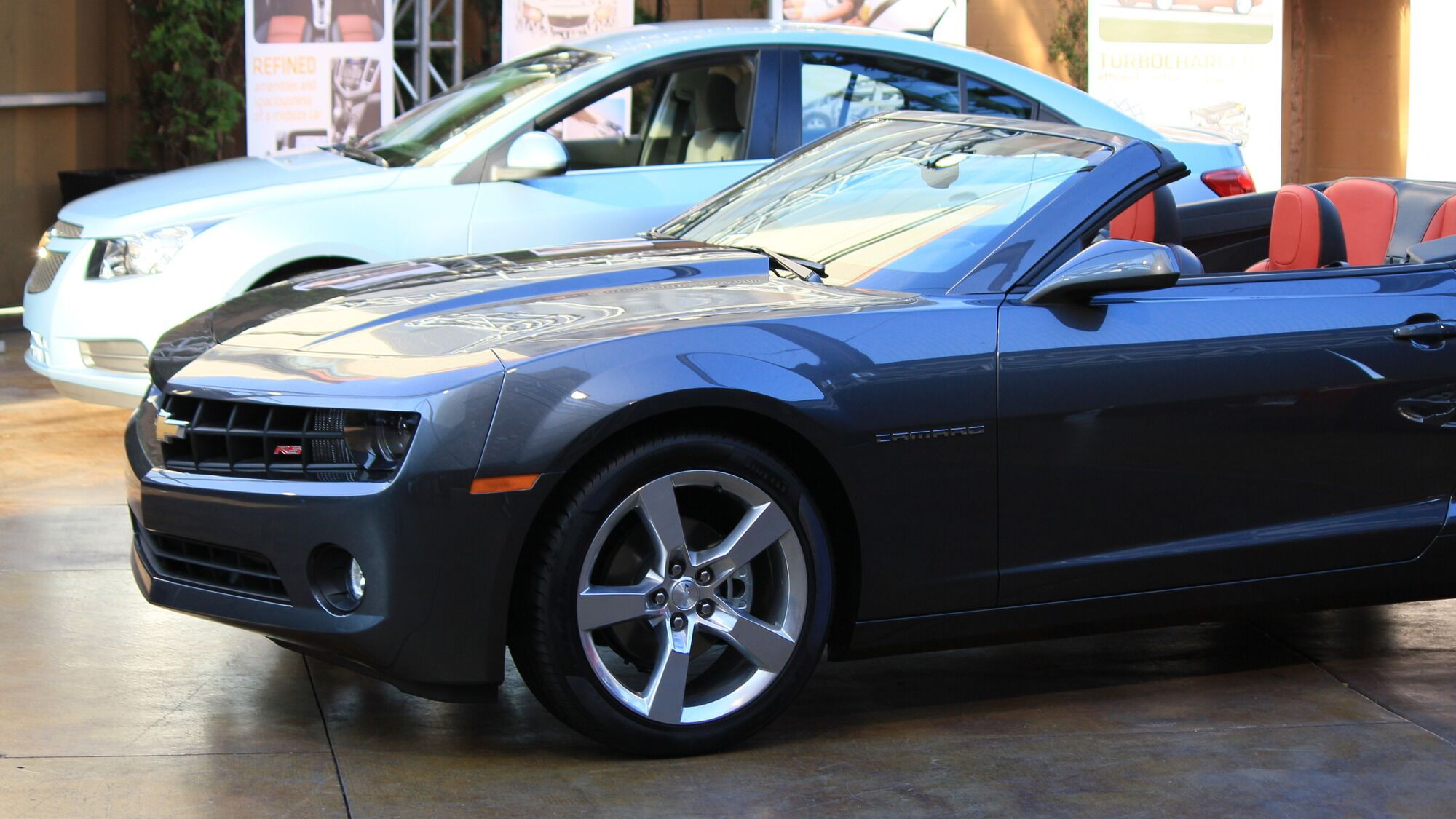 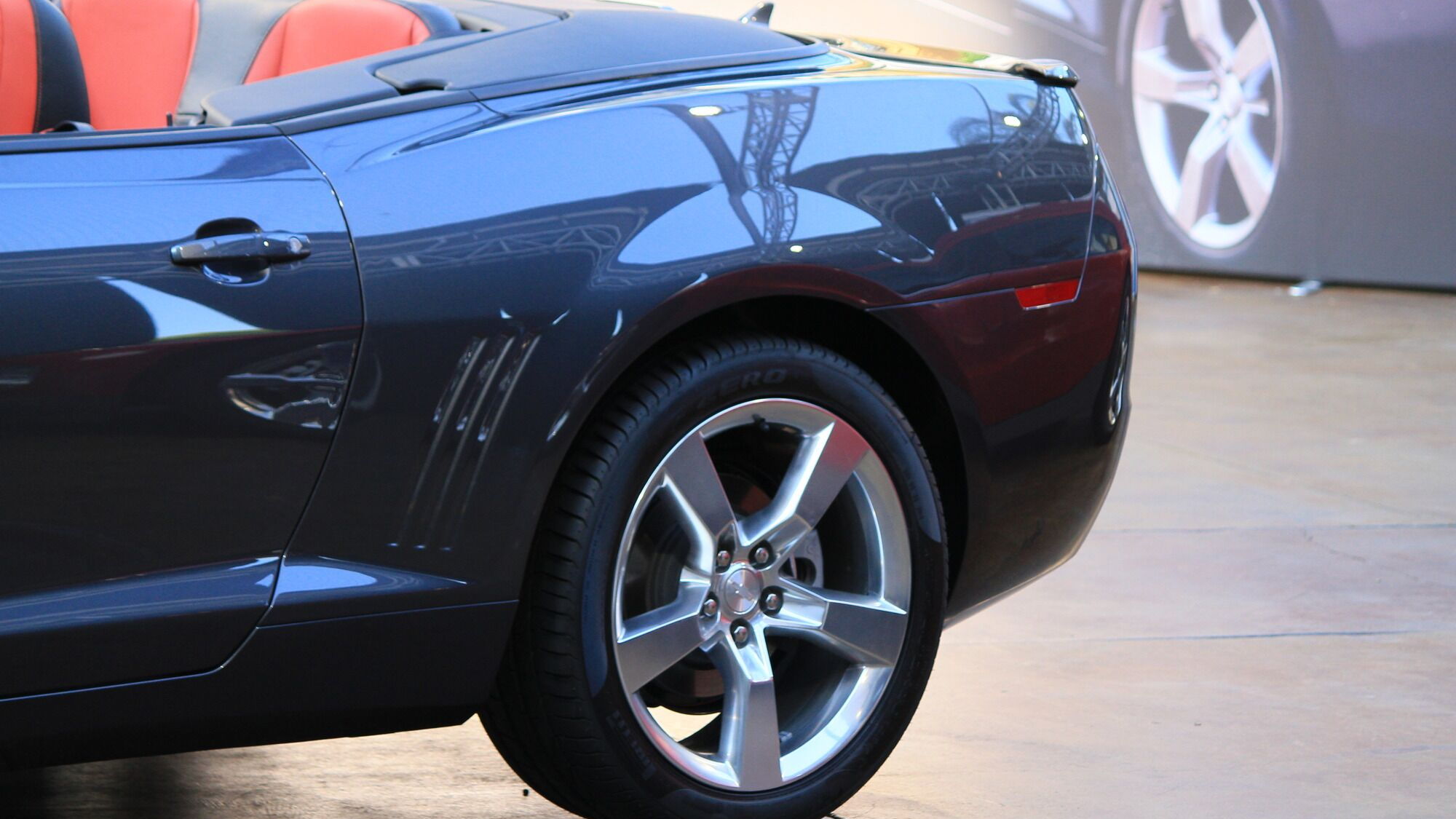 There weren't a lot of new details--Chevy has already released information on the car's specs and pricing. But I did spend a few minutes chatting with John Fitzpatrick, the marketing manager for performance cars (Corvette and Camaro), and he helped break down the differences between the coupe and convertible. Hint: They're subtle.

It starts with a seven-speaker audio system that uses a new subwoofer, which is located in the trunk behind the rear seat. Other differences include a shock-strut tower brace, as well as four other braces, in order to increase structural rigidity and reduce the body and chassis flex that occurs when the top is cut off.

The radio antenna needed to be relocated, since it's mounted on the roof on the coupe, and GM came up with a unique solution: On RS and SS models, the AM/FM antenna moves to the spoiler, while a body-colored "shark fin" antenna receives the satellite radio and OnStar signals. On models without the spoiler (LT models without the RS package), a combined antenna is located in the center of the rear deck lid.

Other differences include fixed rear seats (they fold down in the coupe) and a standard tonneau cover on 2LT and 2SS models. Finally, there will be no LS model convertible.

Engine and transmission choices are the same as they are on the coupe.