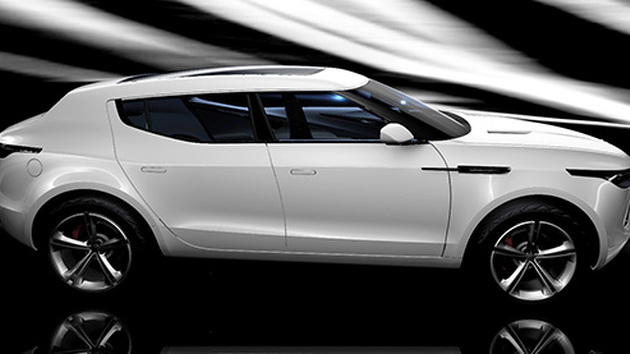 15
photos
Aston Martin is hard at work figuring out just what to do with its Lagonda revival plans. The automaker first revealed back in 2008 plans to revive the Lagonda name for a new range of bespoke models, the first of which was originally slated to appear in 2012, but exactly what market segments to enter is shaping up to be a difficult question for executives.

The primary goal of reviving the Lagonda brand is to allow Aston Martin to develop cars which can have a different character to a sports car and therefore offer a perfect synergy. Lagonda will use a unique design language; it will take elements of DNA from the past but will be very future orientated in the same way that Aston Martin is.

While the original 2012 launch date for Lagonda’s first model will likely be pushed back, we've already seen at least one concept vehicle from the brand. The polarizing Lagonda Concept, a SUV based around the Mercedes-Benz GL-Class platform, was unveiled back in 2008.

Aston Martin CEO Dr Ulrich Bez has now revealed that Lagonda’s first production model will also be a SUV, and that the model will be targeted at emerging markets such as the Middle East, Russia and China. In such regions it isn’t an aversion to sports cars that’s holding Aston Martin back but more impracticality--bad roads in developing countries is a major factor putting off many buyers from Aston Martin’s low slung sports cars, something that could be overcome by building a completely new type of vehicle under the Lagonda brand.

Bez has also revealed that development of Lagonda’s first model will be shared with another automaker, most likely Mercedes-Benz, which not only provided its GL-Class platform for the Lagonda Concept but has also been in talks with Aston Martin in the past.