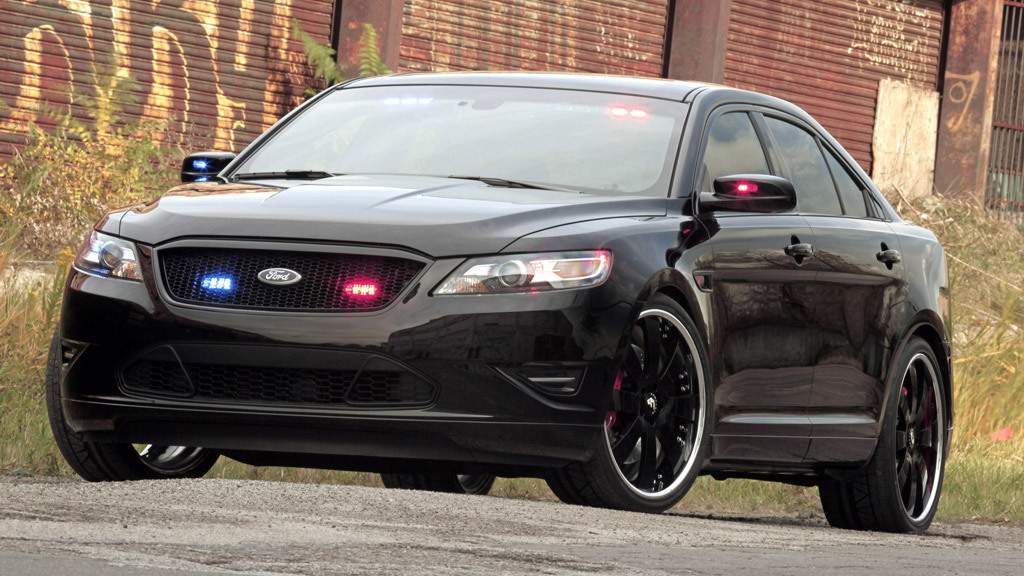 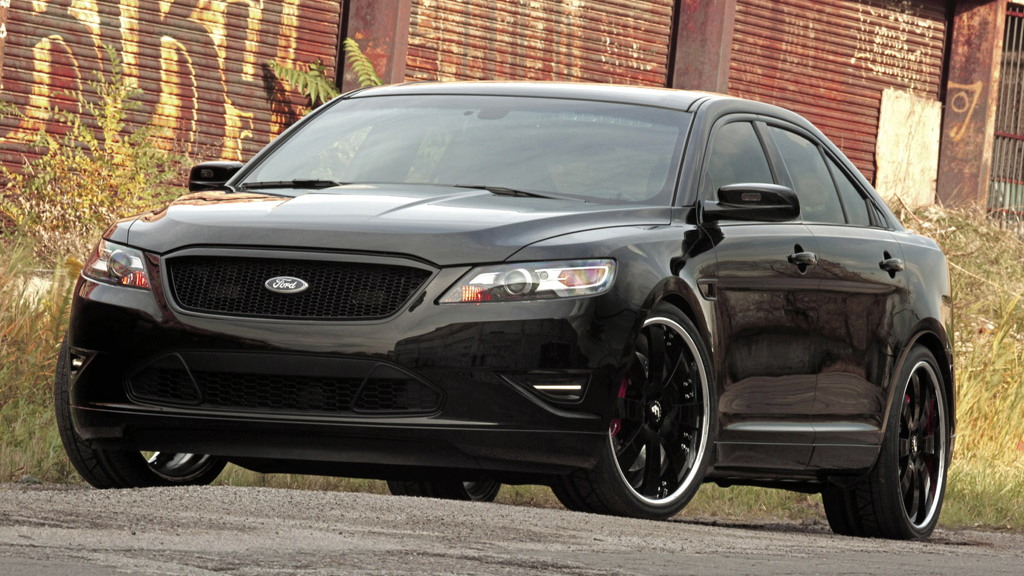 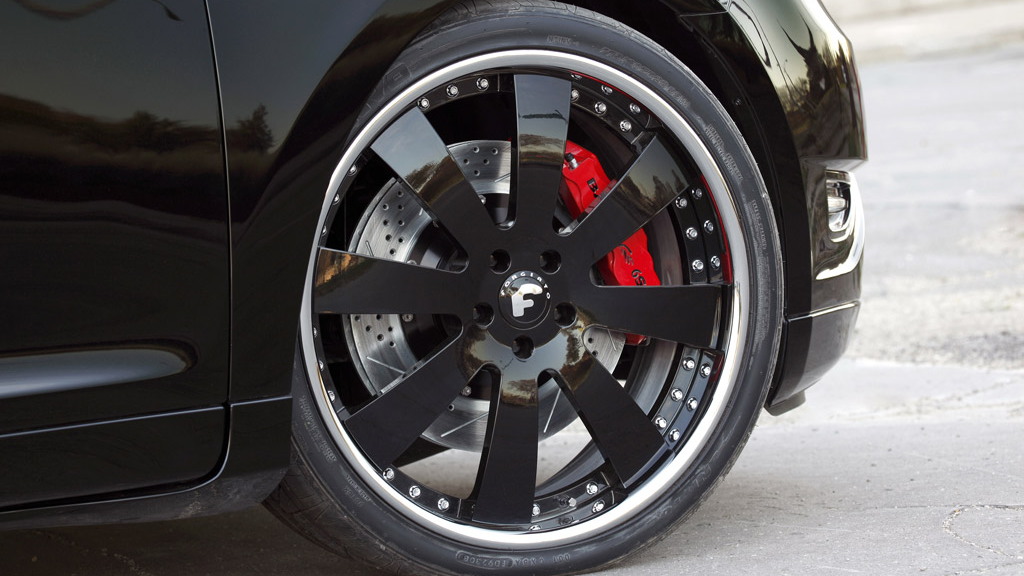 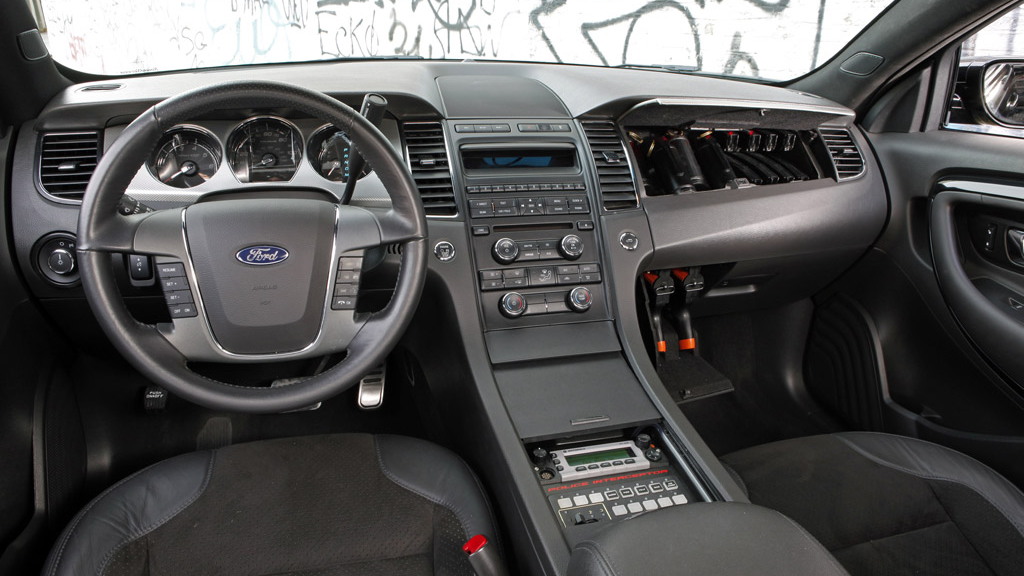 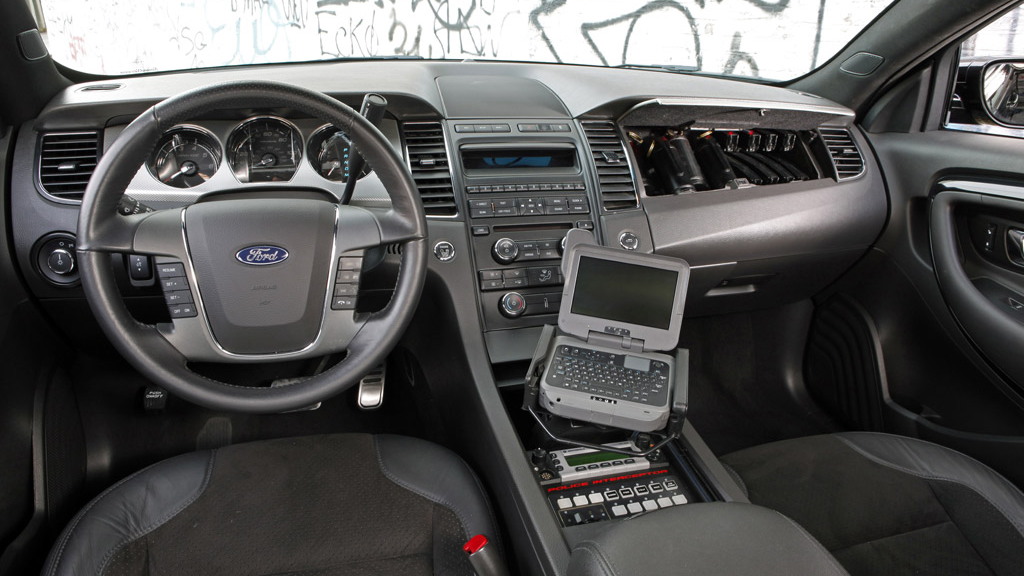 13
photos
Sleek, streamlined and slightly sinister, a specialized stealth concept version of the 2012 Ford Taurus Police Interceptor will debut at the SEMA (Specialty Equipment Market Association) trade show in Las Vegas tomorrow. The concept is essentially a customized version of the Taurus police cruiser that has been designed along a theme of stealth by Blue Oval designer Melvin Betancourt.

Taking inspiration from the SR-71 Blackbird stealth airplane, the exterior of the Police Interceptor concept is finished in solid black and is accented with a mesh grille and special 22 inch wheels with a staggered rim section. The vehicle has also been lowered by 3.0 inches and had a custom rear spoiler installed.

The stealth theme continues inside where both the radio and an onboard computer are hidden inside the console. Additionally, the glove box has a secret space designed for weapons.

Under the hood of the new 2012 Ford Taurus Police Interceptor sits a 3.5-liter V-6, either a naturally aspirated unit with 280 horsepower on top or an EcoBoost version with 365 horsepower available.

The Police Interceptor sedan was originally introduced in March, followed by a utility version based on the new Ford Explorer in September. Both Interceptors will debut simultaneously when production of the Ford Crown Victoria Police Interceptor ceases in late 2011.