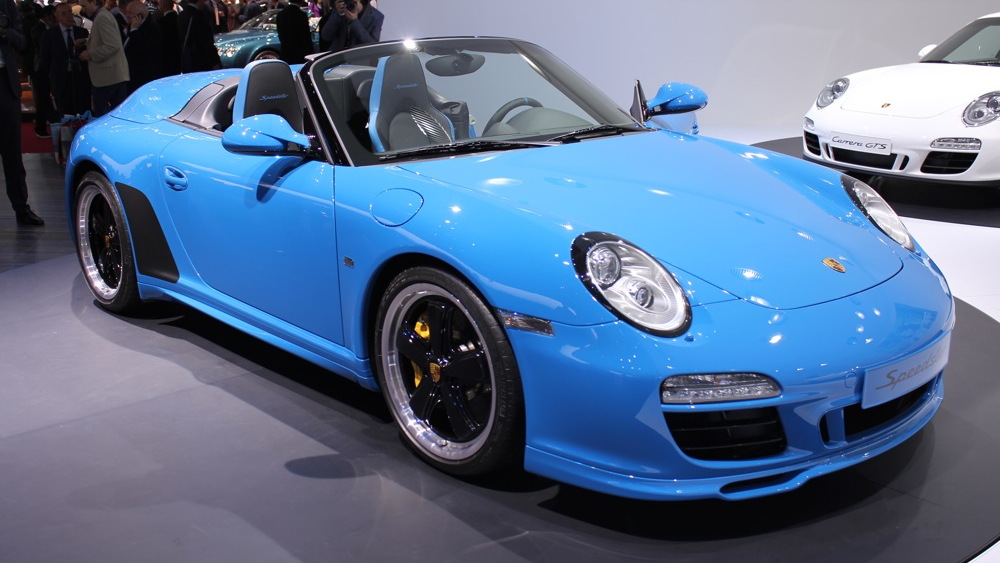 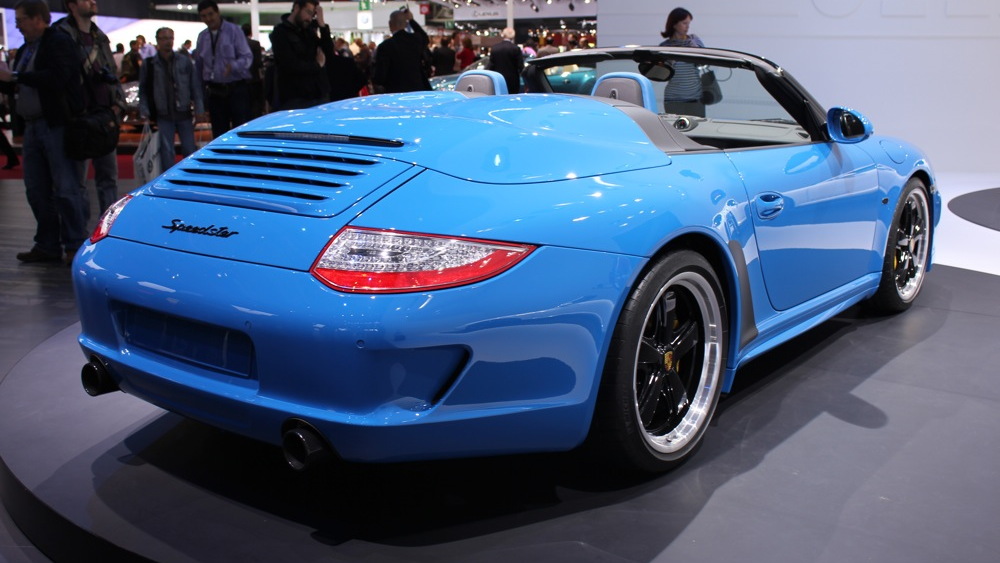 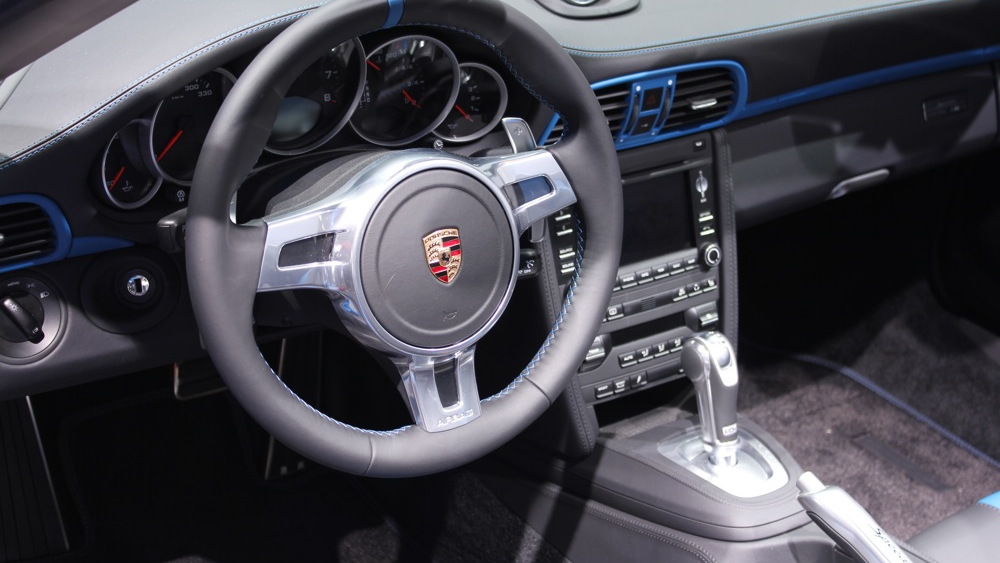 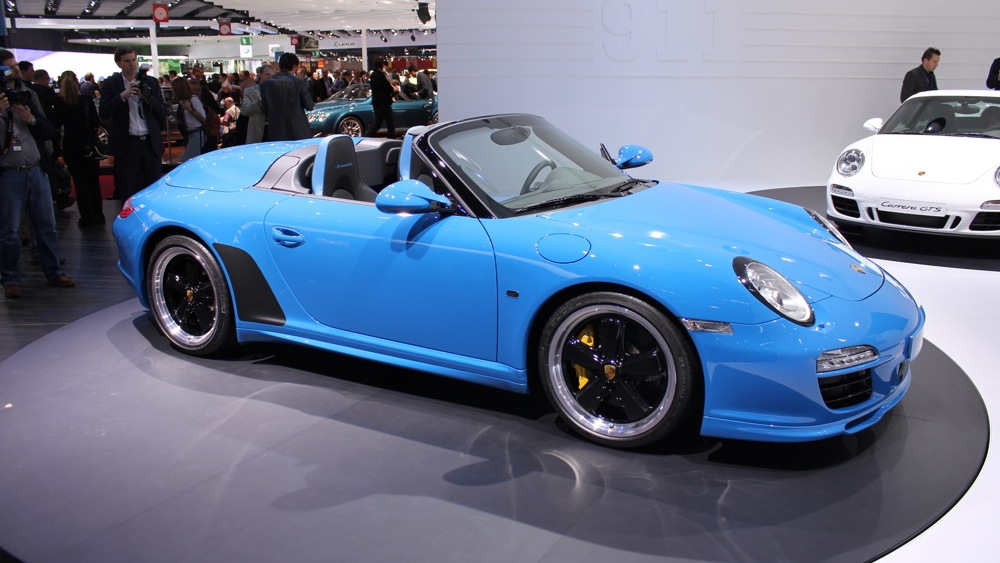 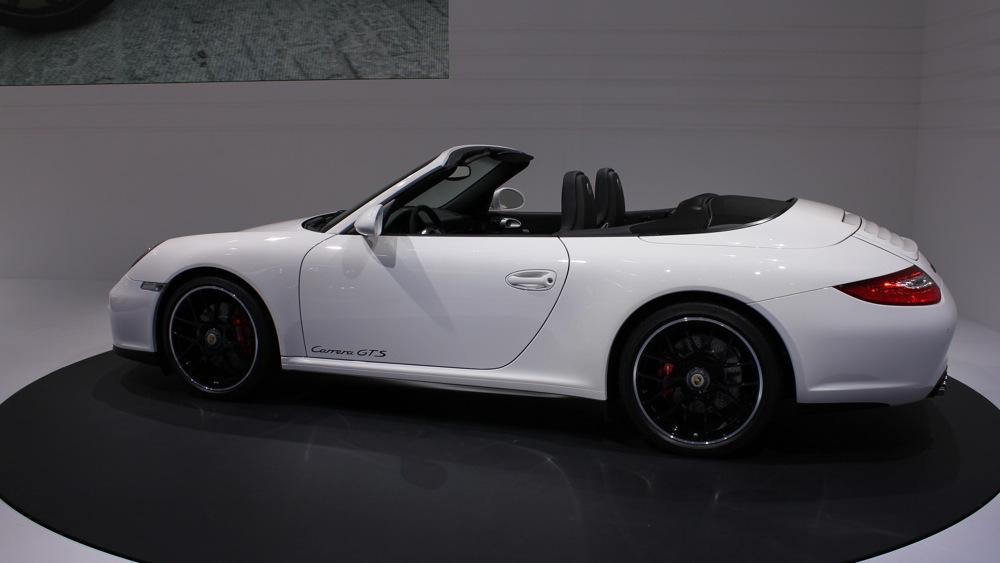 It's near the end of the life cycle for the current 911, so the appearance of dueling versions of the current car--the new 911 Speedster and the 911 GTS--at the 2010 Paris Auto Show will close out this generation of the famed sports car with a bang.

The Speedster reconnects the 911 to the days of the 356, or more recently to the 1990s-era Speedster. Displayed in Pure Blue, the Speedster has a chopped, raked windshield and the double-bubble rear deck that thickens its profile to Notre Dame proportions. The show car's blue-trimmed interior is fitted with sport bucket seats, and almost every option conceivable on the 911 order sheet.

For performance, the Speedster gets a slightly wider rear end shared with the 911 Carrera 4, though it remains rear-wheel drive. Its flat-six boxer engine churns out 408 horsepower and 310 pound-feet of torque, shifted through Porsche's excellent PDK dual-clutch transmission. Ceramic-composite brakes are standard, as is Porsche's user-controllable suspension.

Alongside the Speedster in bright white, the 911 GTS shares the same six-cylinder engine and offers the PDK gearbox, but comes with a choice of a six-speed manual transmission as well. With the same wider rear end, the rear-drive GTS is offered in coupe and cabriolet body styles. A 0-60 mph time of 4.2 seconds is possible with the PDK version, and a top speed of 190 mph is reached in the manual coupe.

Like the Speedster, the GTS is due in American Porsche showrooms early next year.