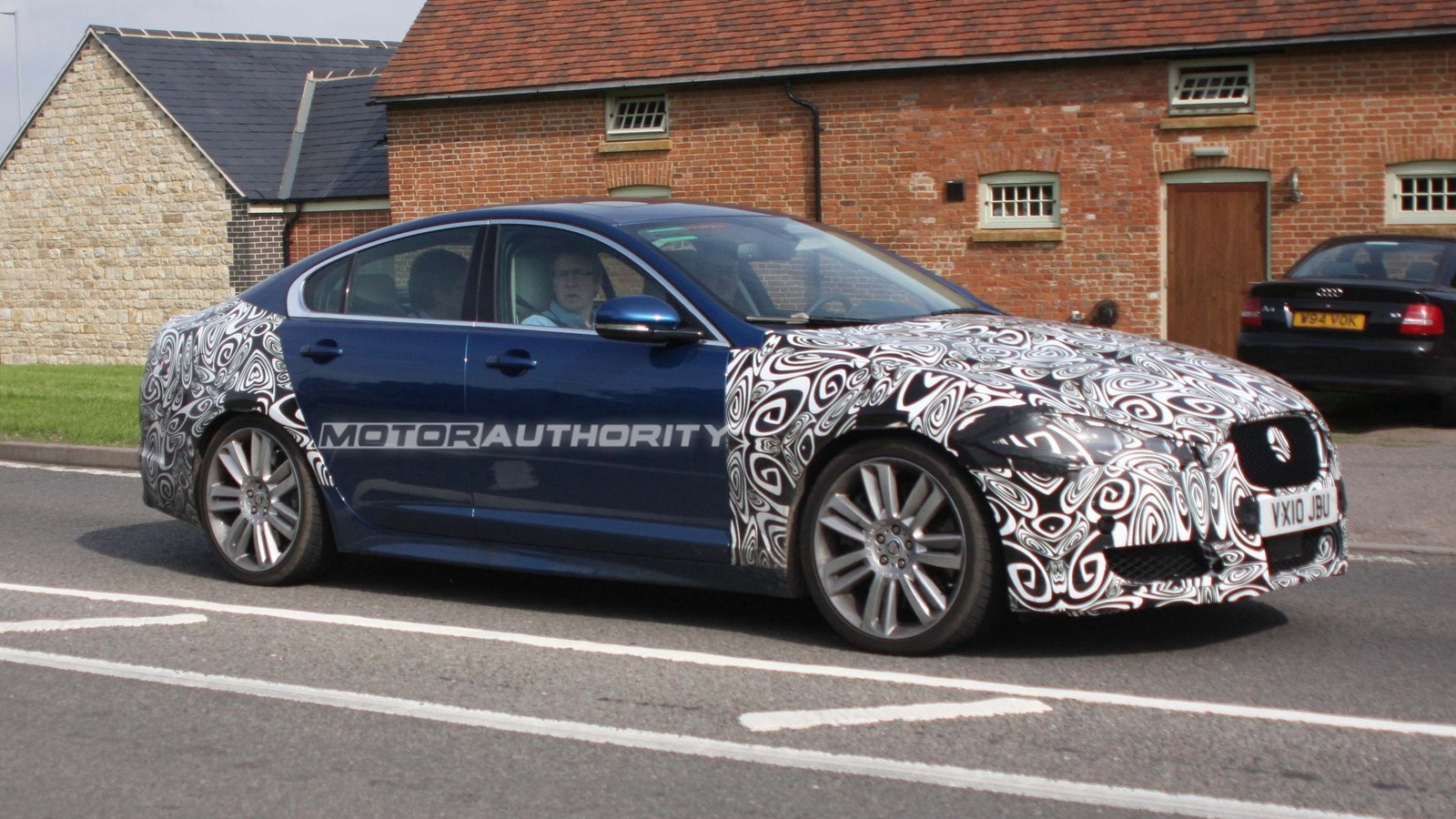 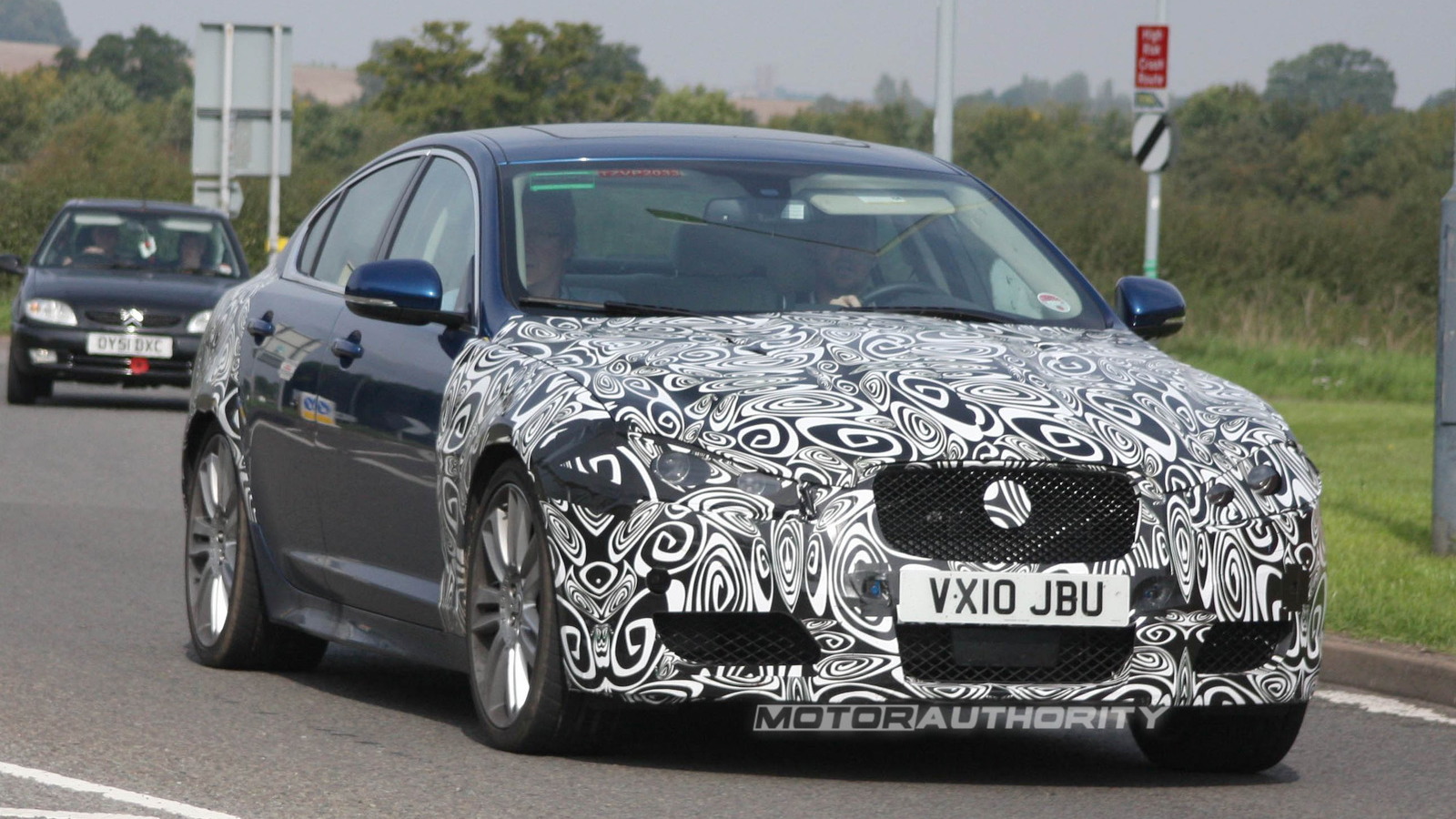 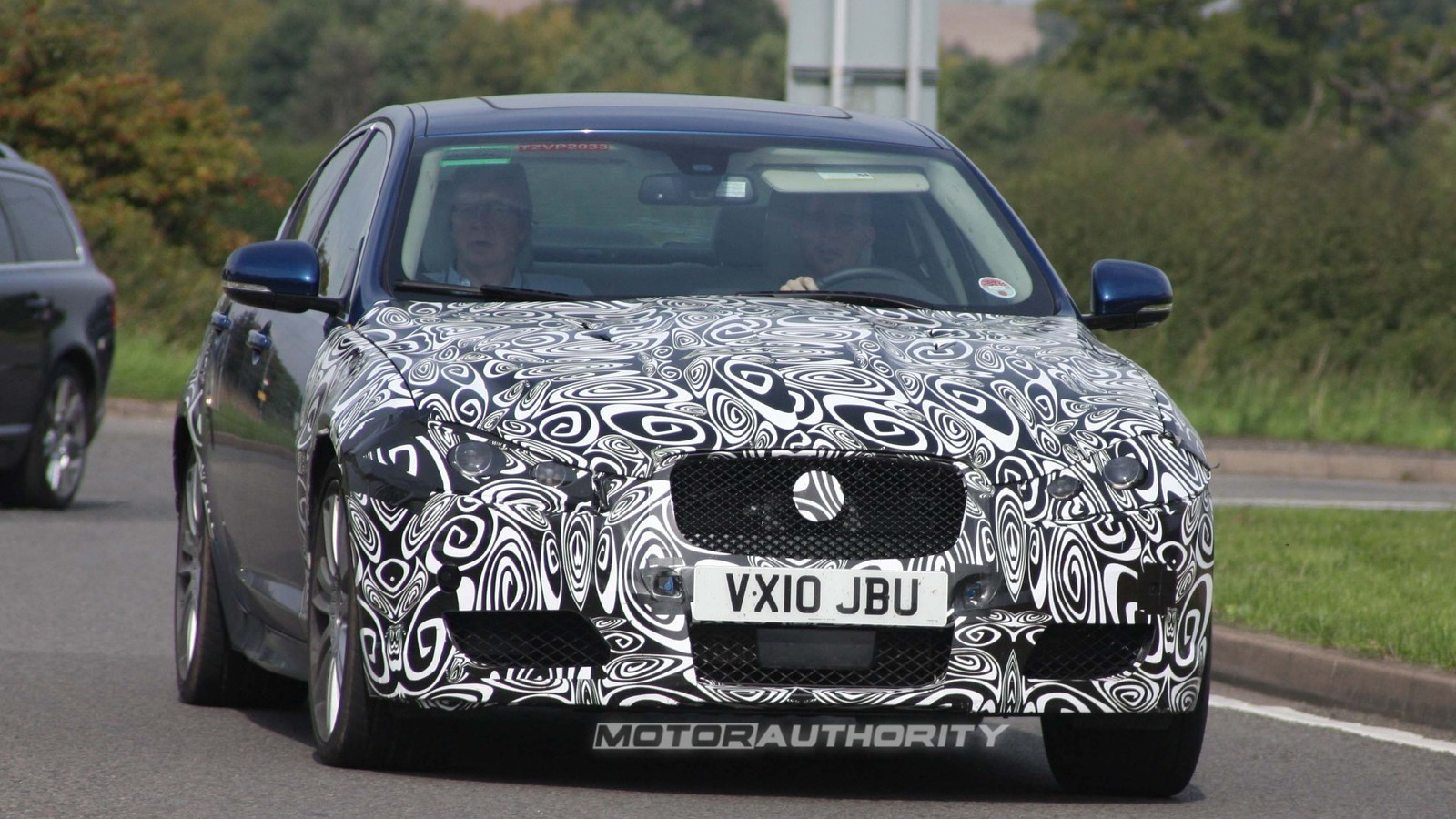 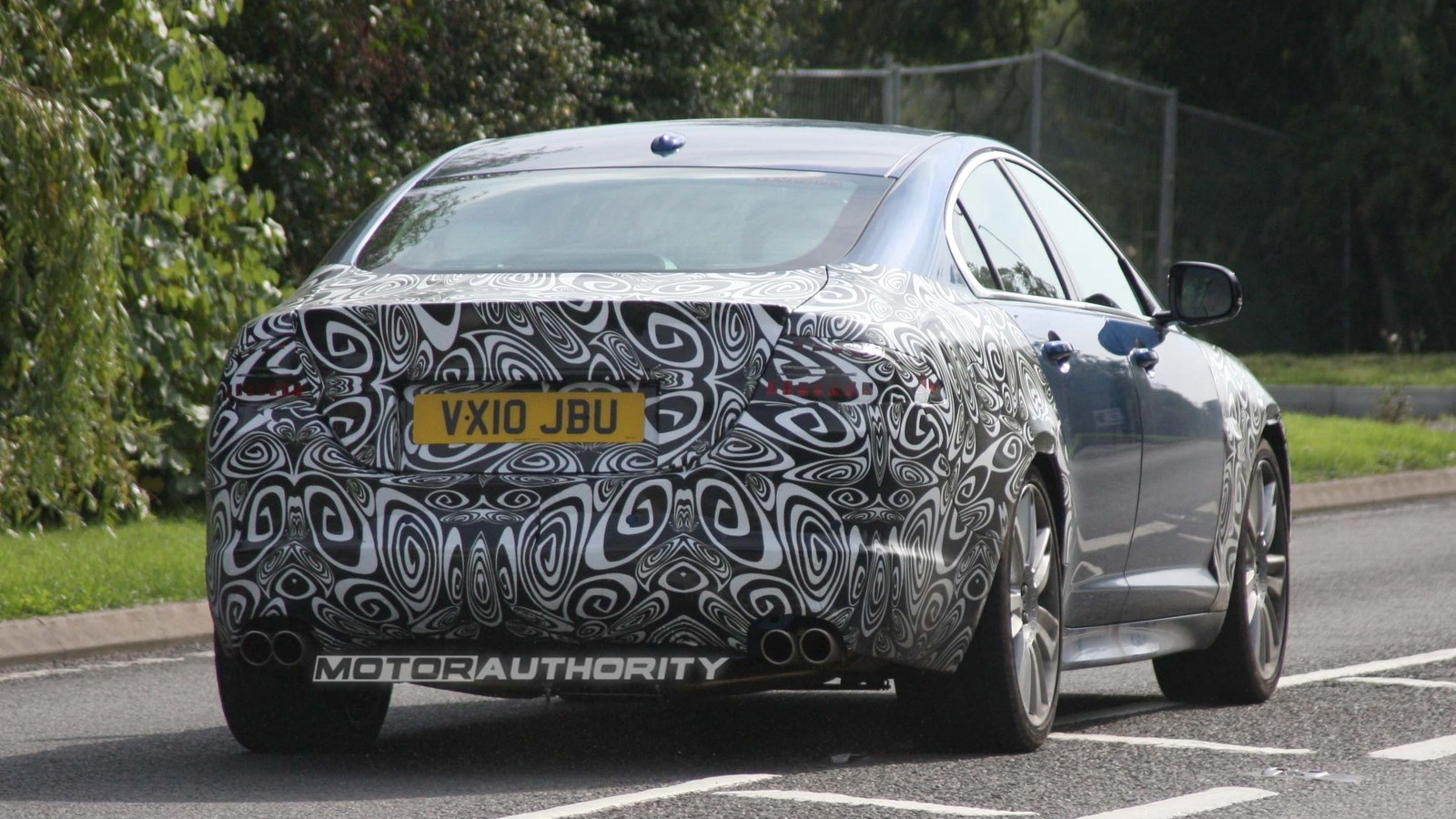 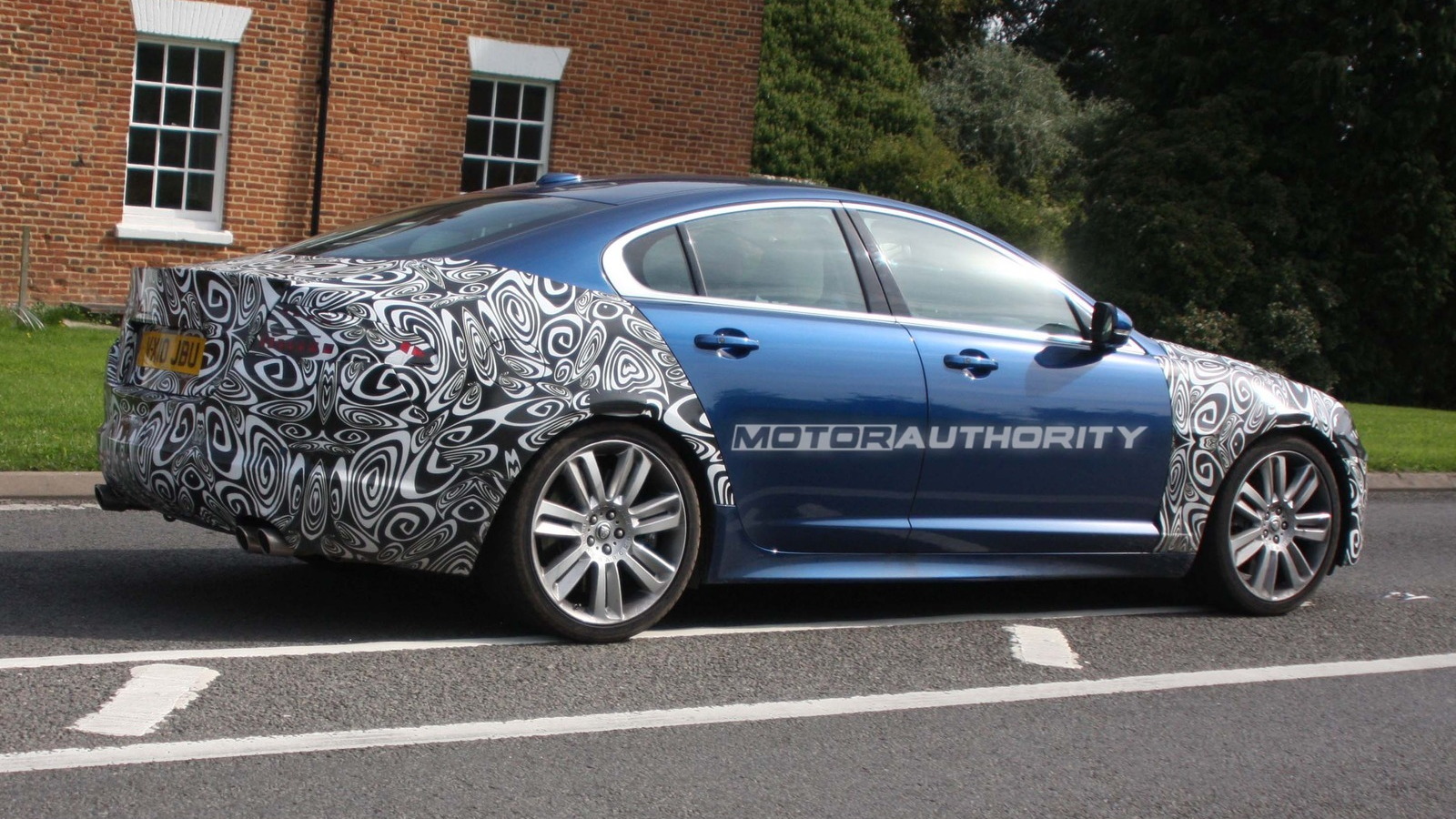 The Jaguar XFR isn't yet long in the tooth, having just hit the market in 2009. But already Jagaur is working on a facelift for the fastest Leaping Cat ever, to bring it closer in line with the new Jaguar XJ.

A new grille, front bumper, headlights, and some work at the rear of the XFR are all that are necessary to put on the new Jaguar face (and tail). It doesn't take much imagination to picture what's going on beneath the psychedelic monochrome camouflage.

In case you've forgotten (for shame!) the Jaguar XFR is a supercharged, 5.0-liter V-8 beast pumping 510 horsepower through the rear wheels. Despite being a solid mid-size sedan, it's slippery enough to get to 225 mph when de-limited. The production car is restrained to just 155 mph, though.

The new updates should meld well with the XF's shape, and may even serve to eliminate one of the quibbles some Jaguar fans had with the XF's original design: the headlights.