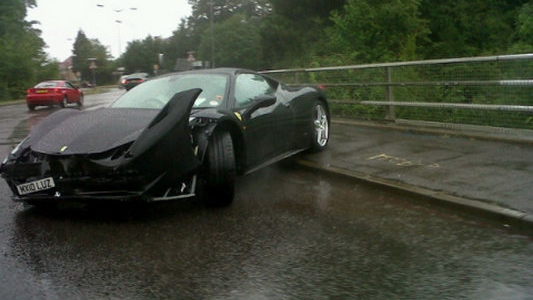 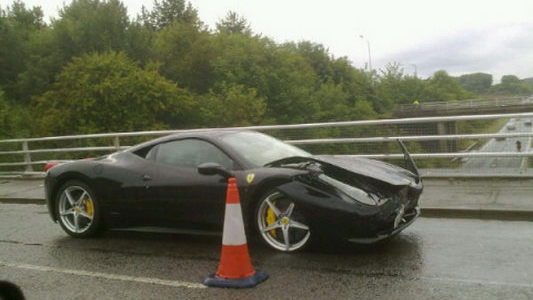 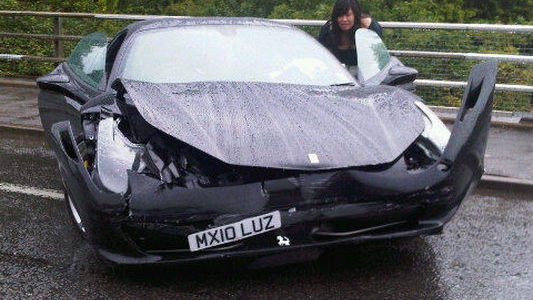 Only yesterday we reported that too many 2010 Ferrari 458 Italia supercars have been written off, either due to careless drivers crashing them or the cars themselves spontaneously combusting. We even saw one of the rare beauties suffering a crash just one day after leaving Ferrari’s factory in Maranello, Italy and now we sadly report that another car, this time in the UK, has suffered a similar fate.

Looking at the images, it appears as though the cause of the accident is likely to be poor weather conditions and slippery road surfaces. We wouldn’t be too surprised if the male driver was also trying to impress his female passenger at the time the accident occurred.

If only drivers of exotic supercars were forced to undergo special driver training when they purchase their vehicle in order to guarantee they at least have the ability to control their pride and joy.

Incidentally, this black 458 Italia actually belonged to a rental company. We just hope the driver ticked the insurance box when picking up the car.