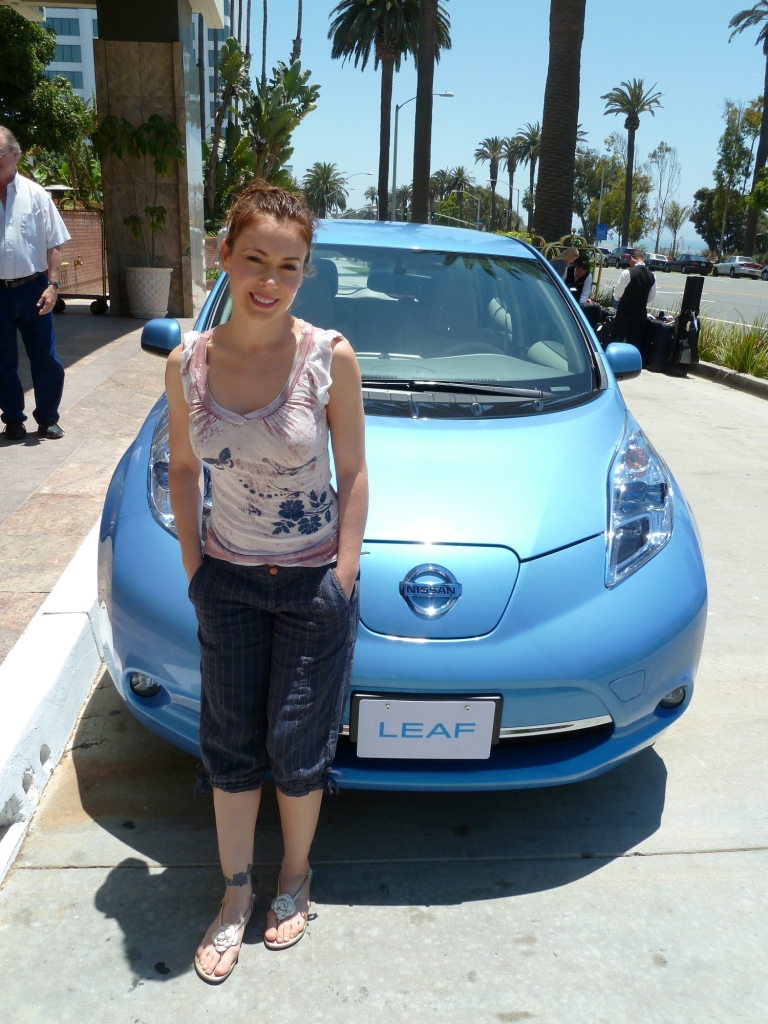 Alyssa Milano with the Nissan Leaf

There's been a lot of talk about electric rides lately, most of it having to do with the Chevrolet Volt and the Nissan Leaf. (They're not the only EVs on the market, obviously, just the two getting most of the publicity right now.)

What's weird is this: much of the chatter about the Volt seems negative, while the Leaf is generating loads of positive buzz. And according to most standards of logic, that shouldn't be.

The Volt is a hybrid vehicle, see, which means that range anxiety -- one of the biggest of the bogeymen lurking around EVs -- isn't an issue. Run out of battery power in a Volt? No problem. The car's gas-powered generator will kick in and charge the batteries until you have a chance to plug in. The Leaf, on the other hand, is a fully electric ride, meaning that once its battery drains, that's it: you'll have to stop and recharge before continuing down the road.

True, there are some price differences between the two -- the Volt rings in at $41,000, while the Leaf starts at $32,780. (As a zero-emission vehicle, the Leaf also qualifies for other incentives in some states, not to mention HOV access.) But if you're interested in leasing, the Volt is only a dollar more expensive per month. So pricing probably isn't the reason for the Volt-bashing, either.

Why are folks like Jay Leno so "meh" on the Volt while other celebs like Alyssa Milano flock to the Nissan Leaf? Is it lingering resentment over the GM bailout? Maybe a fondness for the Leaf's happy blue paint job? And why don't any of them seem to be talking about the Tesla Roadster? When you guys figure it out, please let us know.