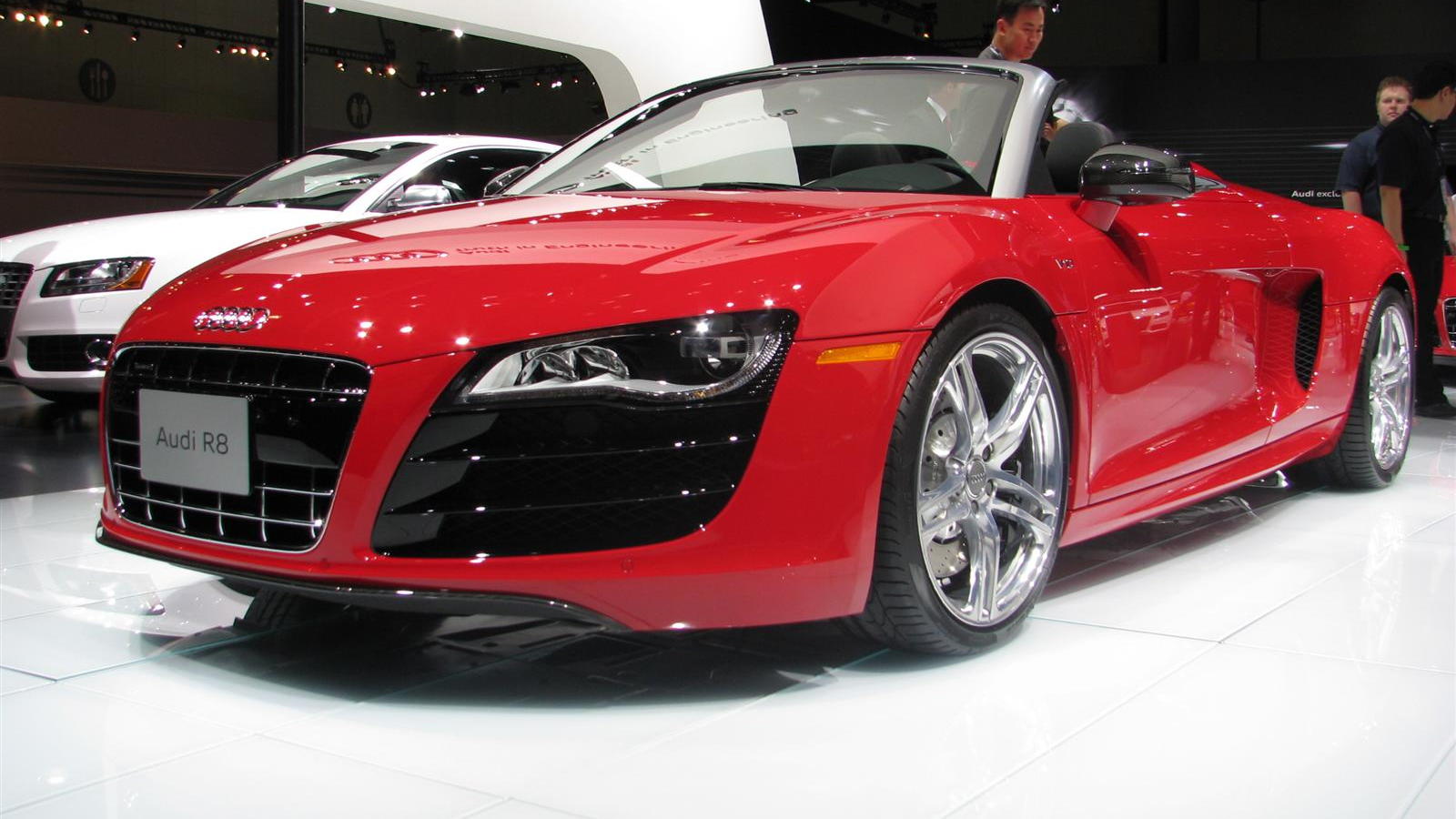 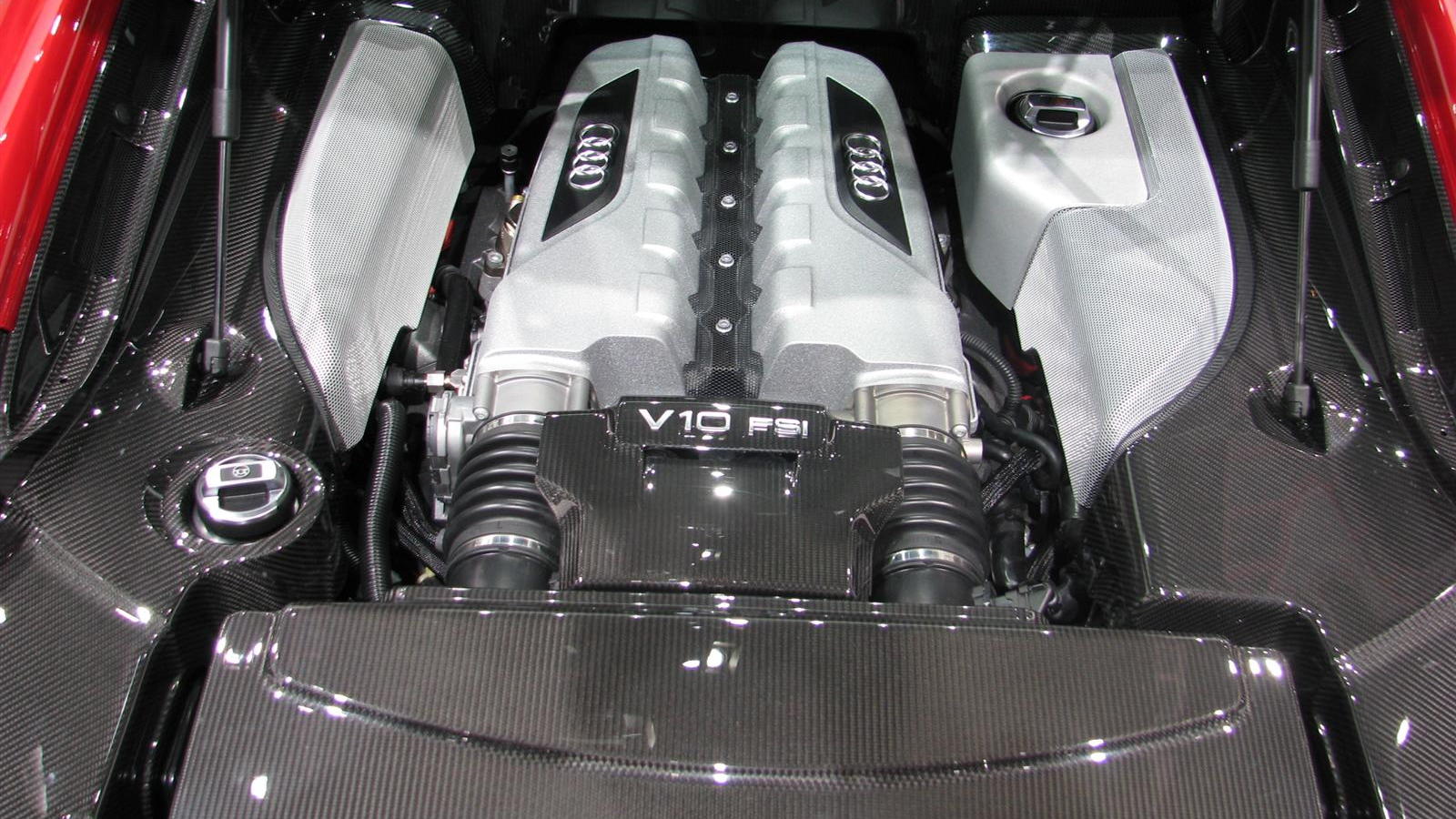 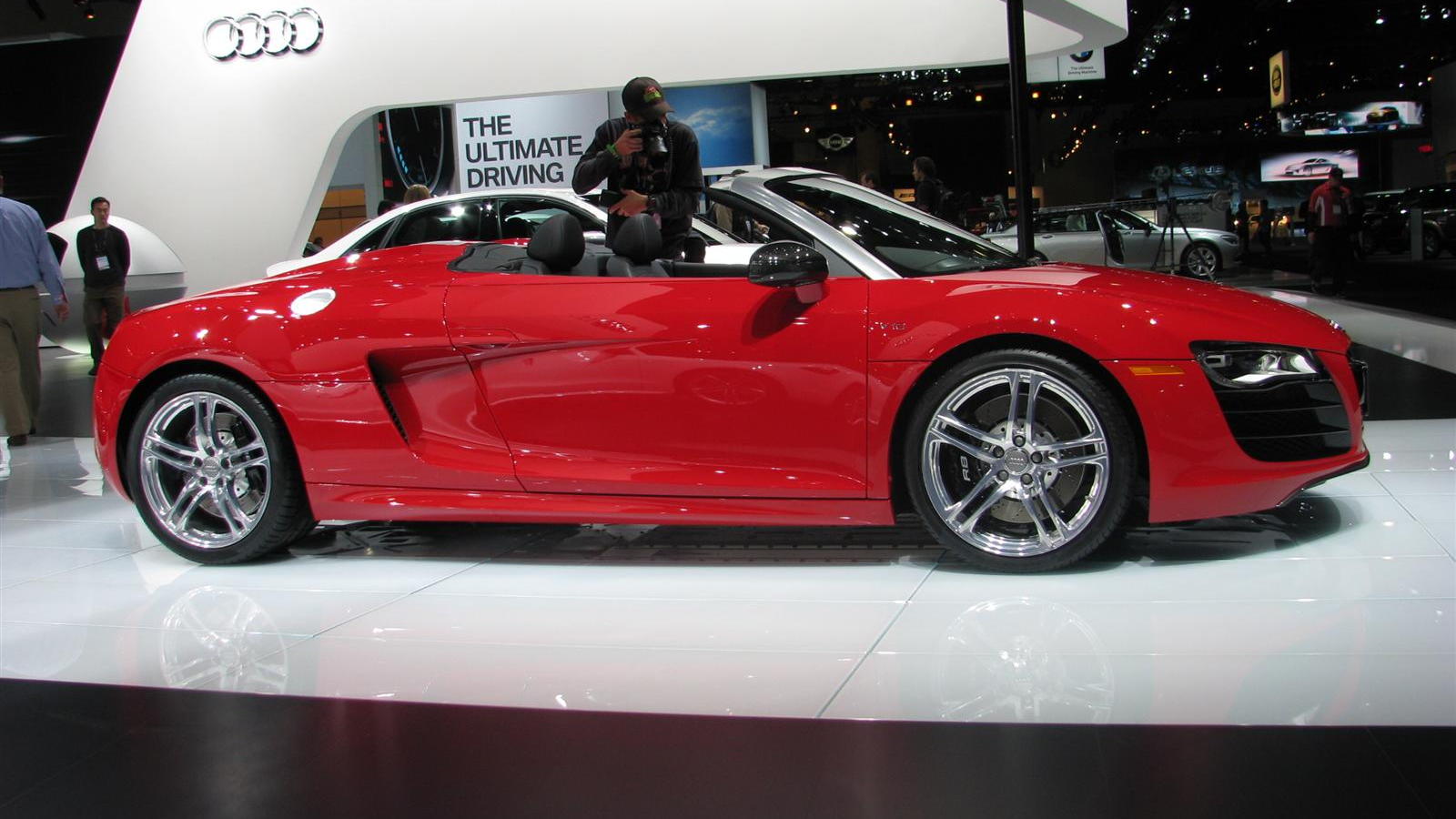 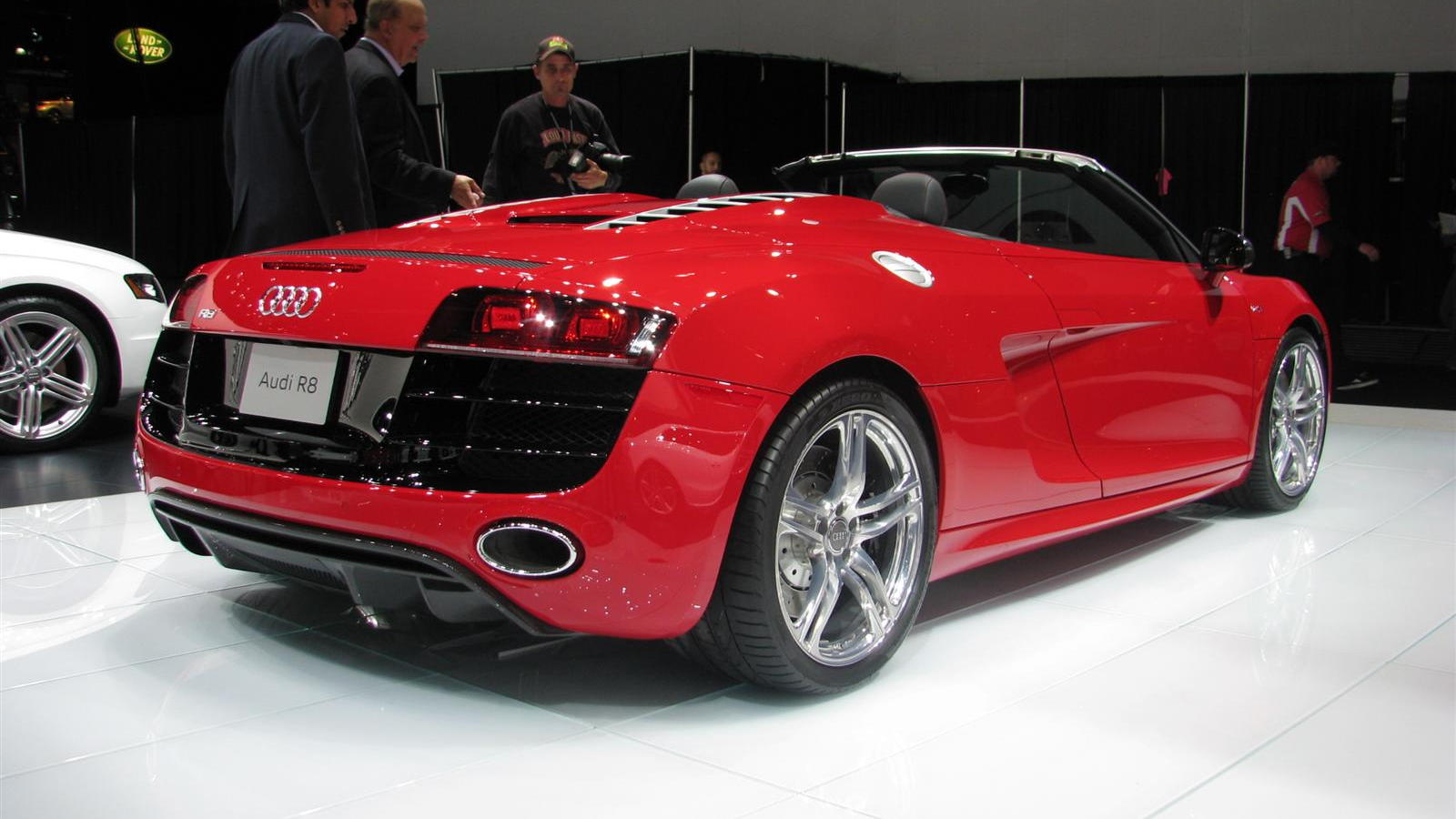 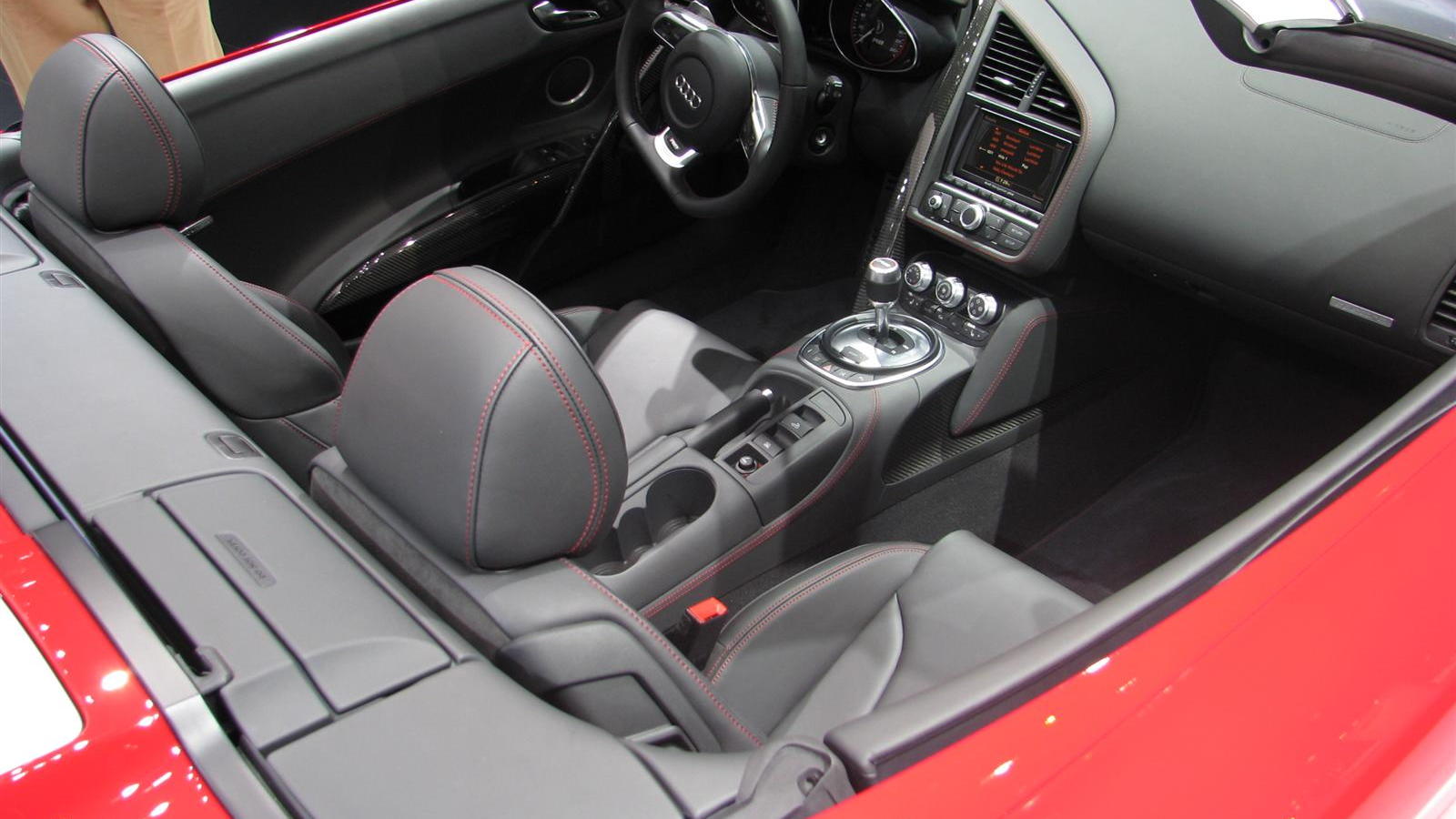 The R8 Spyder 5.2 quattro (V10)--yes, that's Audi's full name for the car--fresh off its on-screen debut in the new Iron Man 2 movie, is ramping up for U.S. sale today. Audi has announced pricing, and it starts from $161,000 for the manual or $170,000 for the R tronic gearbox. Add a $1,250 destination/tax/title/dealer fee on top of that for the final sticker price. Before options, of course.

Wailing about with the top down will let you hear the siren song of the 525-horsepower 5.2-liter V-10 engine at full clip--max power comes at 8,000 rpm--even better than you can in the coupe. And it lets people see you doing it, too, which is no small factor in the see-and-be-seen sector that these cars populate.

But even if you're not into the glamor factor, the car is a nearly justifiable purchase on purely objective grounds: it rockets to 60 mph in 4 seconds flat, and carries on to 195 mph. Remember, this is a rag-top folks. Impressive.

Visually, aside from the no-roof thing, the R8 Spyder V10 also drops the sideblades found on the hardtop sister. "Aluminum optic" vents on the engine cover also differentiate the Spyder from its coupe version.

Like the coupe, the Spyder gets all the usual Audi goodness you'd expect: quattro all-wheel-drive, a choice of a six-speed manual or seven-speed R tronic gearbox, and, since it's a convertible, heat-resistant leather that can remain up to 68 degrees cooler than regular leather thanks to a special treament process.

The R8 V10 Spyder goes on sale later this year, but Audi hasn't put an exact date on it yet.