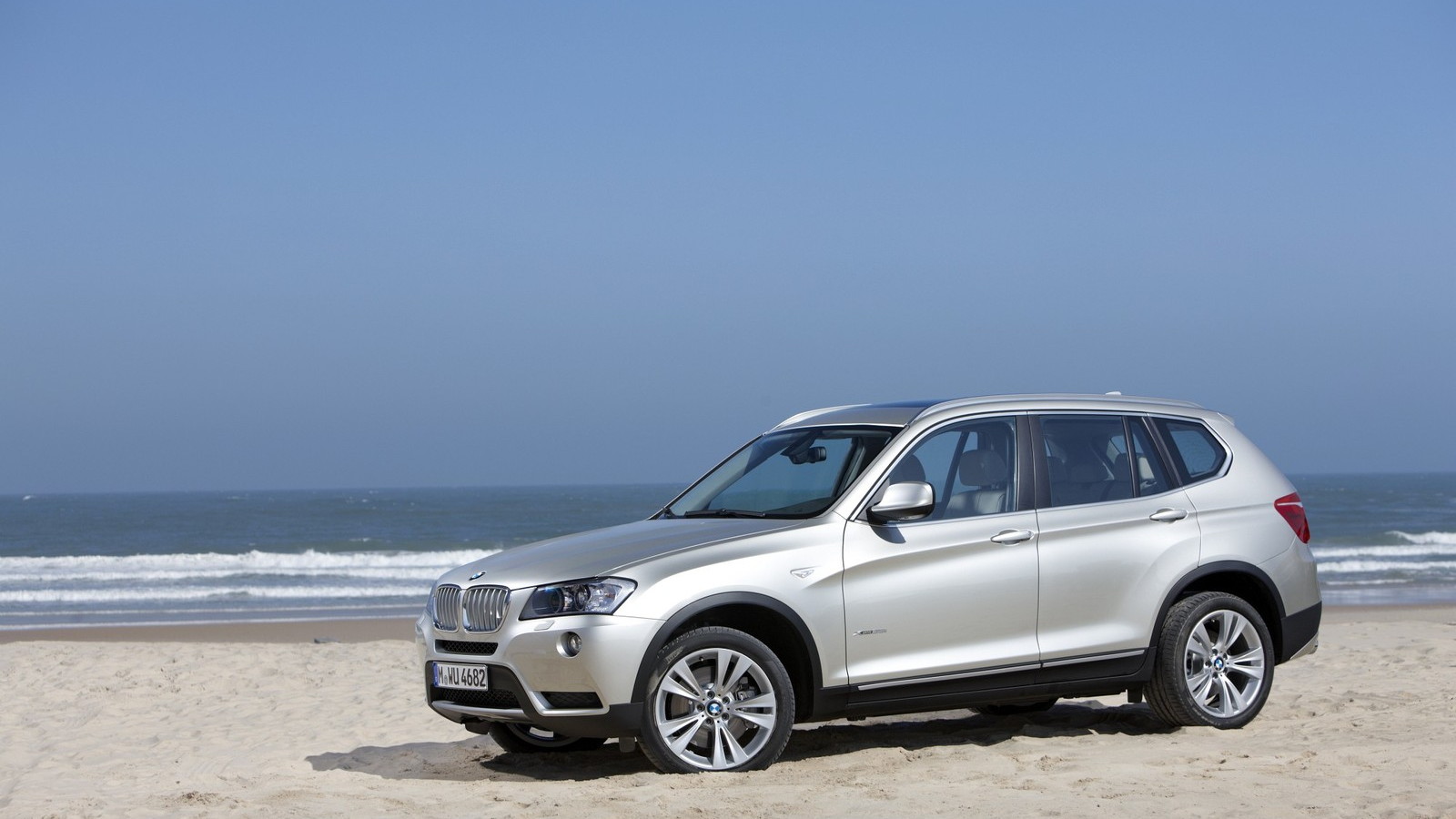 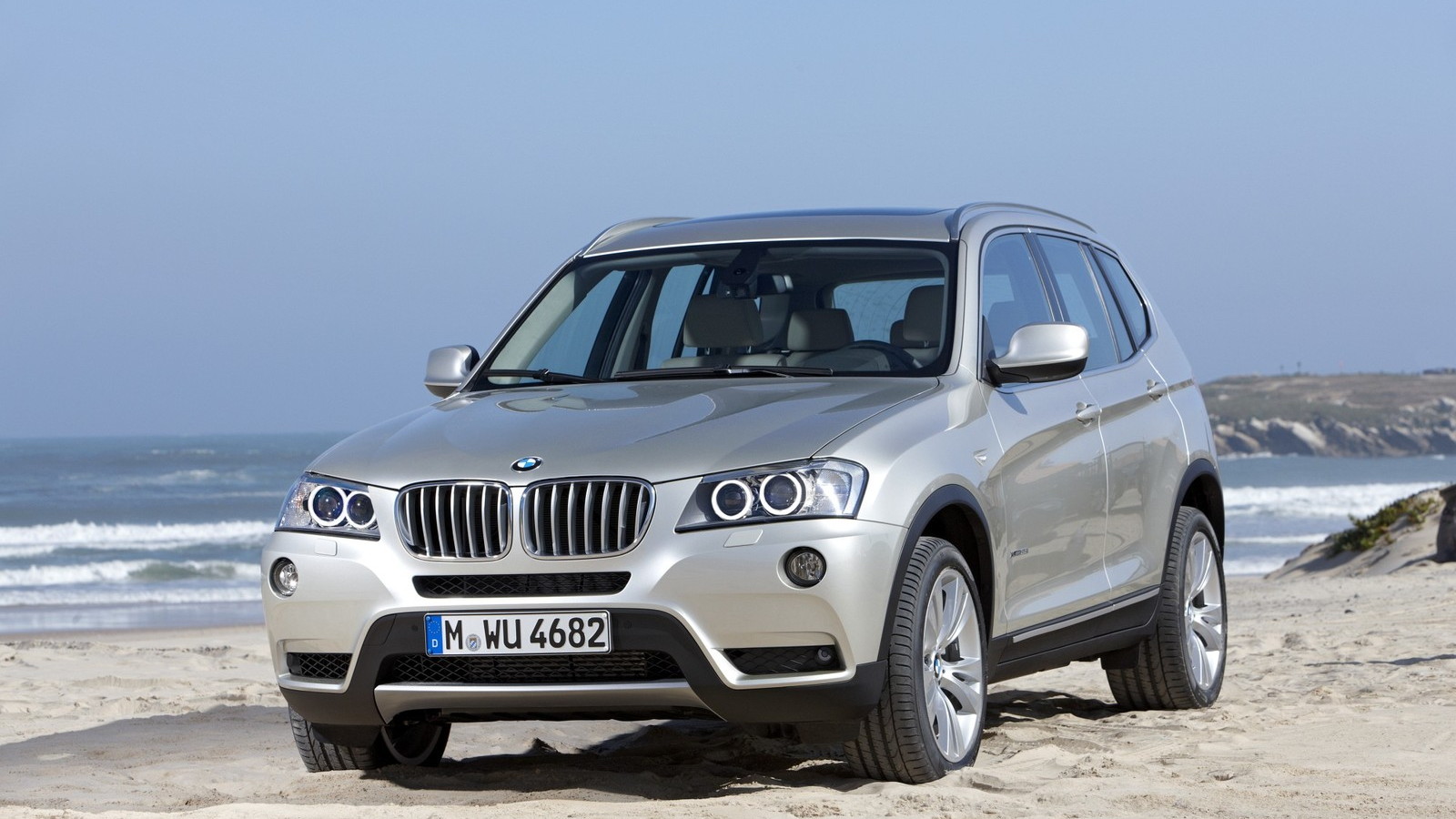 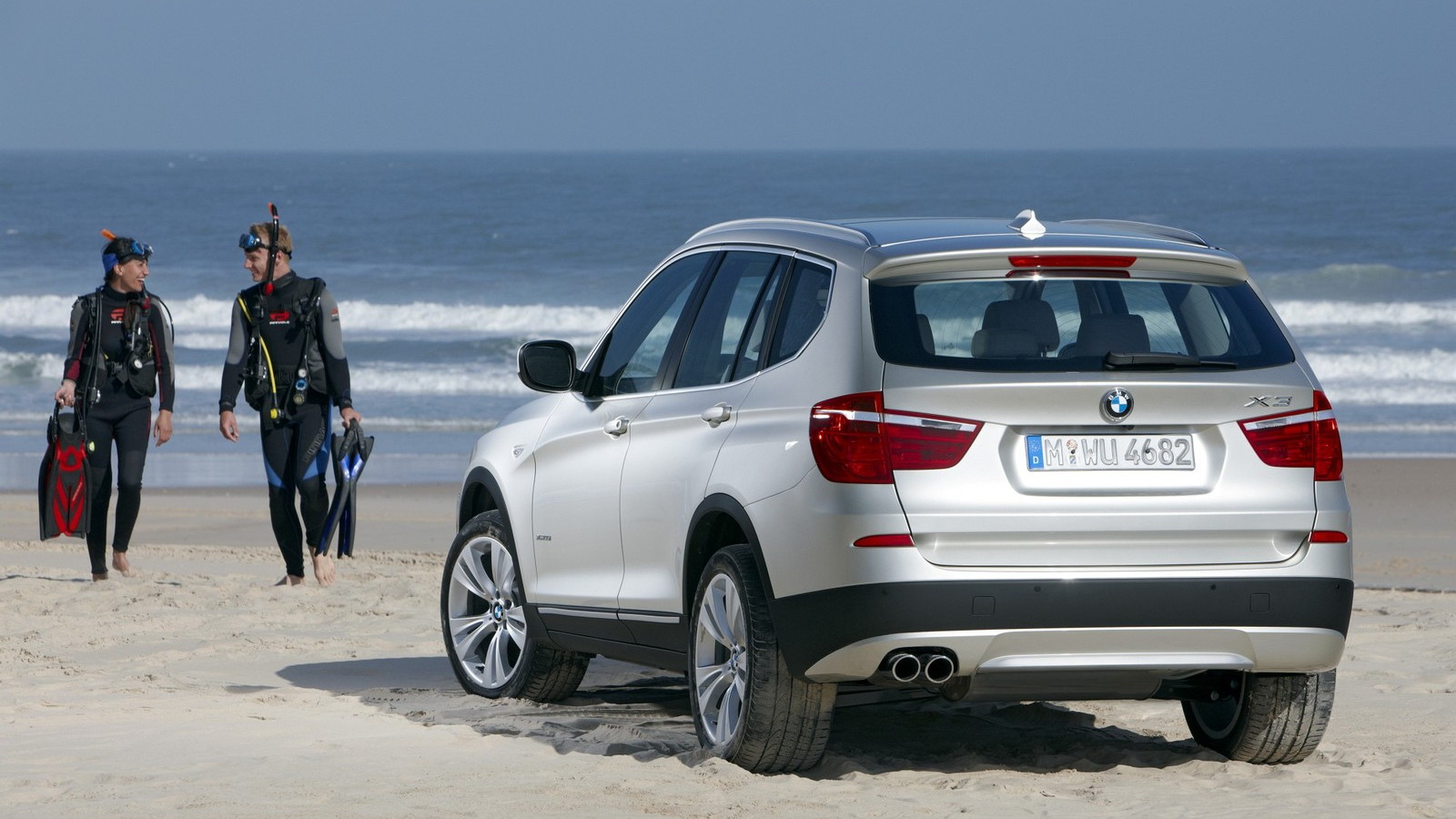 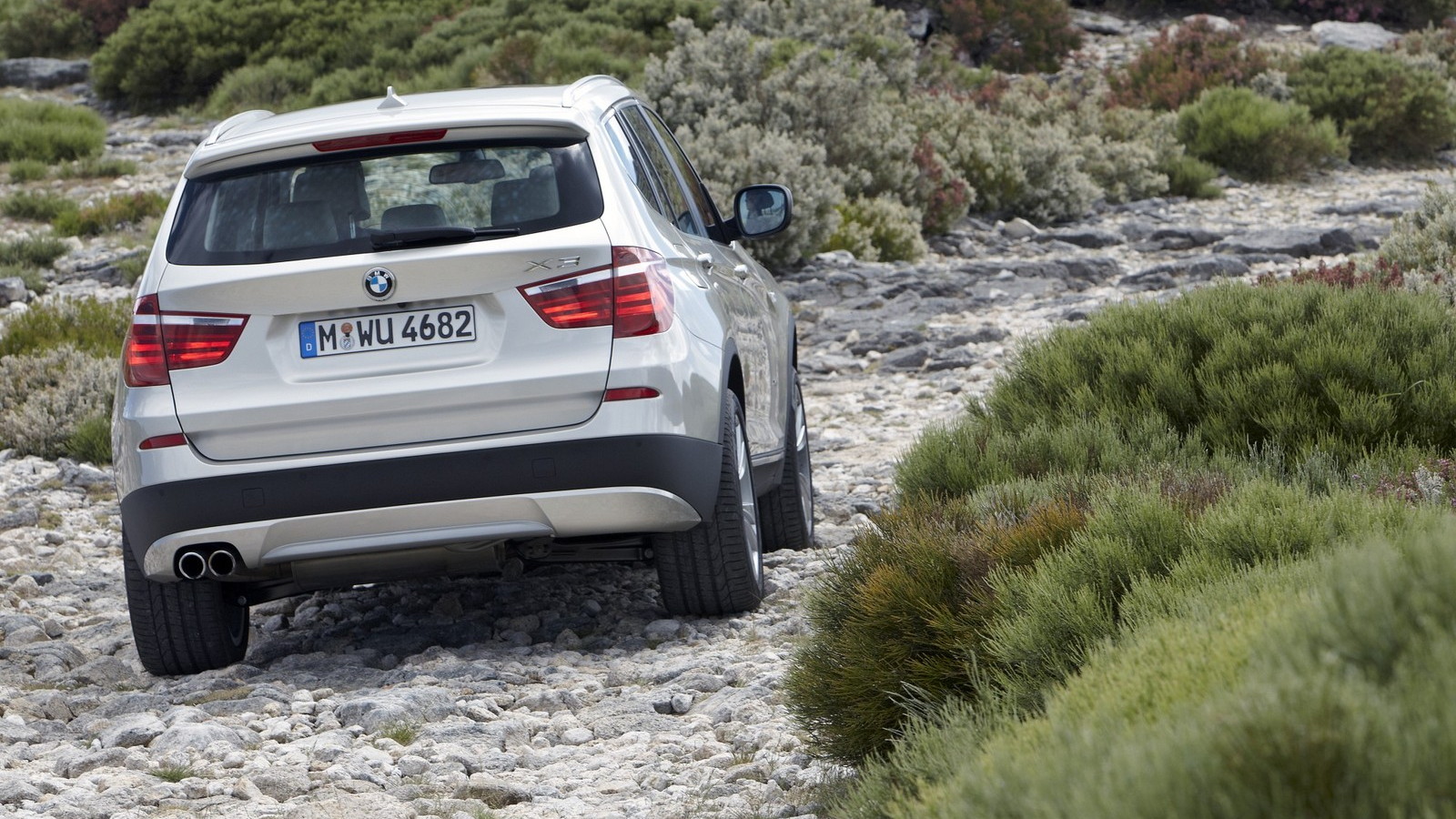 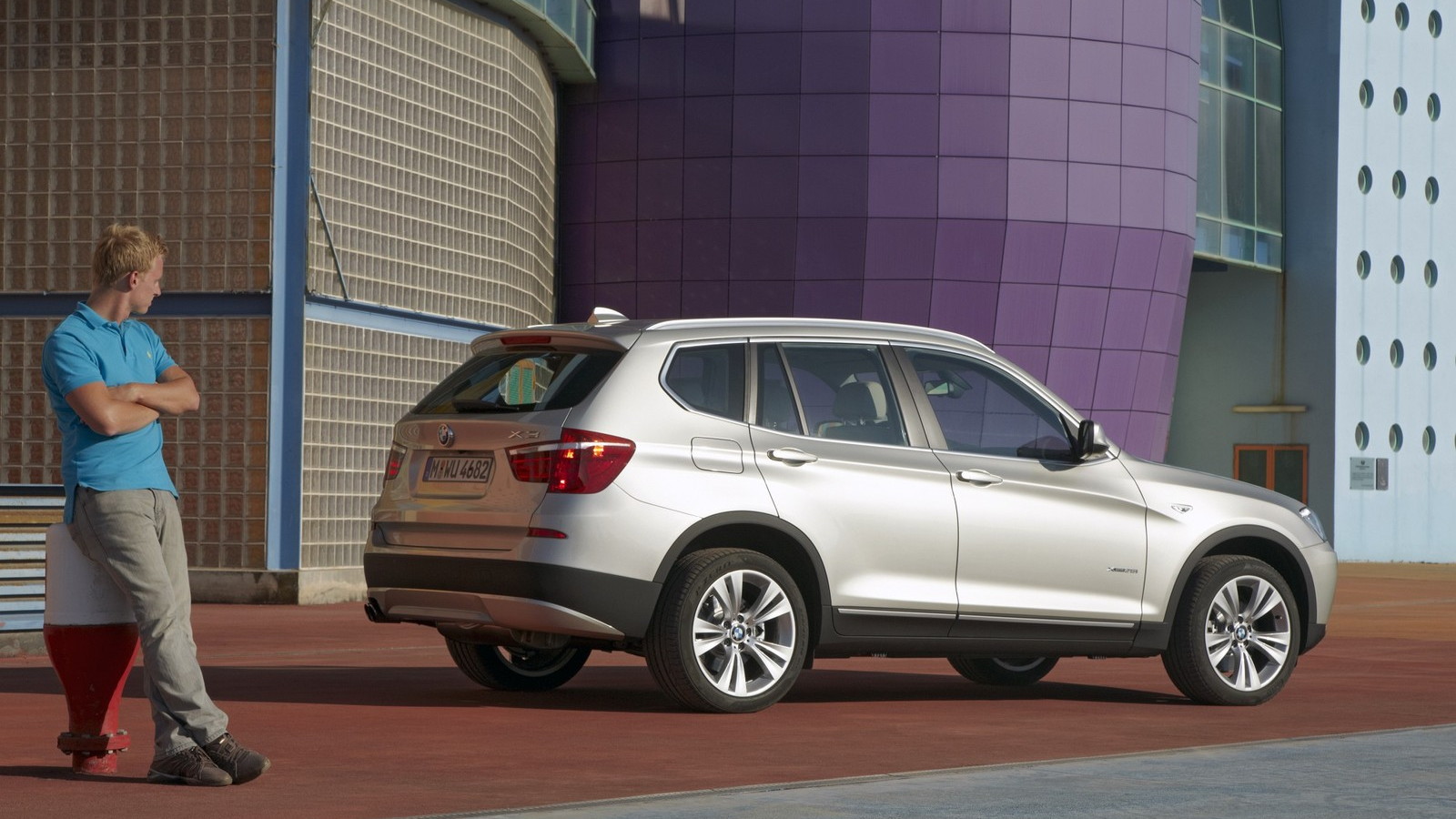 Updating a best-seller is a tricky move for any carmaker, but for an independent, relatively small carmaker like BMW, it can be especially delicate--especially when the vehicle is following an act like the original X3. But BMW thinks it has the formula pegged with the 2011 BMW X3, the second generation of the marque's luxury crossover vehicle.

BMW bills the X3 as the vehicle that launched the compact luxury crossover segment, and while the E83 X3, based on the E46 3-Series, has been around since 2004, the Lexus RX (launched in 1998) has a better claim to that title, and the Cadillac SRX (also launched in 2004) has an equal claim. Whichver was the first, the original X3 unquestionably outstripped both in refinement and handling.

Now it's time for the 2011 X3, or F25 as it's known internally. We've rendered it, caught it in spy shots, and even reported leaked details, but now we have the official info. Due to hit the market in the U.S. by the end of the year, the X3 shares in the upgrades we've already seen for the 3-Series it's based on, including the new N55 single-turbo 3.0-liter inline-six, rated at a square 300 horsepower and 300 pound-feet of torque. With this engine, equipped standard in the xDrive35i model, the 2011 X3 gets to 60 mph in just 5.5 seconds, and carries on to an electronically limited top speed of 150 mph. Very quick indeed, for a crossover. Sport sedan quick.

The 2011 X3 is also available in xDrive28i trim, which features the naturally-aspirated N52 3.0-liter inline six, rated at 240 horsepower and 230 pound-feet of torque--enough to scoot it to 60 mph in 6.7 seconds, a half-second improvement on the previous xDrive30i.

Styling is about as you'd expect from a 2011-model BMW: smooth yet contoured surfaces, a new front-end look, and a more modern overall package. It's still very clearly a BMW, and most definitely an X3, which is a good thing. The previous vehicle was arguably the best-proportioned of BMW's crossovers, and the new model holds on to that essence. In terms of overall size, the 2011 X3 is 0.5-inches taller, 3.36-inches longer, 1.1-inches wider, and has 0.5-inches more ground clearance, with a 110.6-inch wheelbase, 0.6-inches longer than the previous model.

Both vehicles come standard with BMW's new eight-speed automatic gearbox, which offers solid acceleration and around-town performance in the lower gears, but a higher set of cruising gears to improve highway fuel economy and leverage the low-rpm torque of its engines. The torque converter even locks up at lower rpms as well, to further improve efficiency and give a more connected, responsive feeling between gas pedal and wheel speed--a factor we can verify having driven the 2011 X5, outfitted with the same 35i engine and eight-speed gearbox.

Suspension updates for 2011 include a "redeveloped" double-joint spring-strut system up front (read: modified MacPherson) and multi-link rear. The basic formula has proved successful on a wide range of BMW vehicles over the years, so they're not mucking about too much with it. Optional electronic damping control provides dynamic shock absorber response to the road surface, improving both ride and handling as the driving scenario dictates, adapting to changes in the road or the driver's input automatically through a computer-controlled system. Vehicles equipped with electronic damping control have a toggle mounted next to the gear selector that adjusts between Normal, Sport and Sport Plus modes, allowing the driver to sharpen up the shock firmness, engine throttle response, transmission shift points, power-assist steering level and DSC mode with the press of a single button.

New for 2011 is a Performance Control feature on models equipped with electronic damping control, which helps aid performance by promoting neutral handling through a 20/80 percent front/rear torque split during steady-state cornering. Performance Control can also apply the inside rear brake and boost power to the outside rear to help rotate the vehicle.

The xDrive system remains essentially unchanged for 2011, delivering typical torque split of 40/60 percent front/rear, with the ability to send up to 100 percent to either end as needed.

Production of the 2011 X3 will kick off shortly at BMW's Spartanburg plant, with the first shipments hitting dealerships by late 2010.