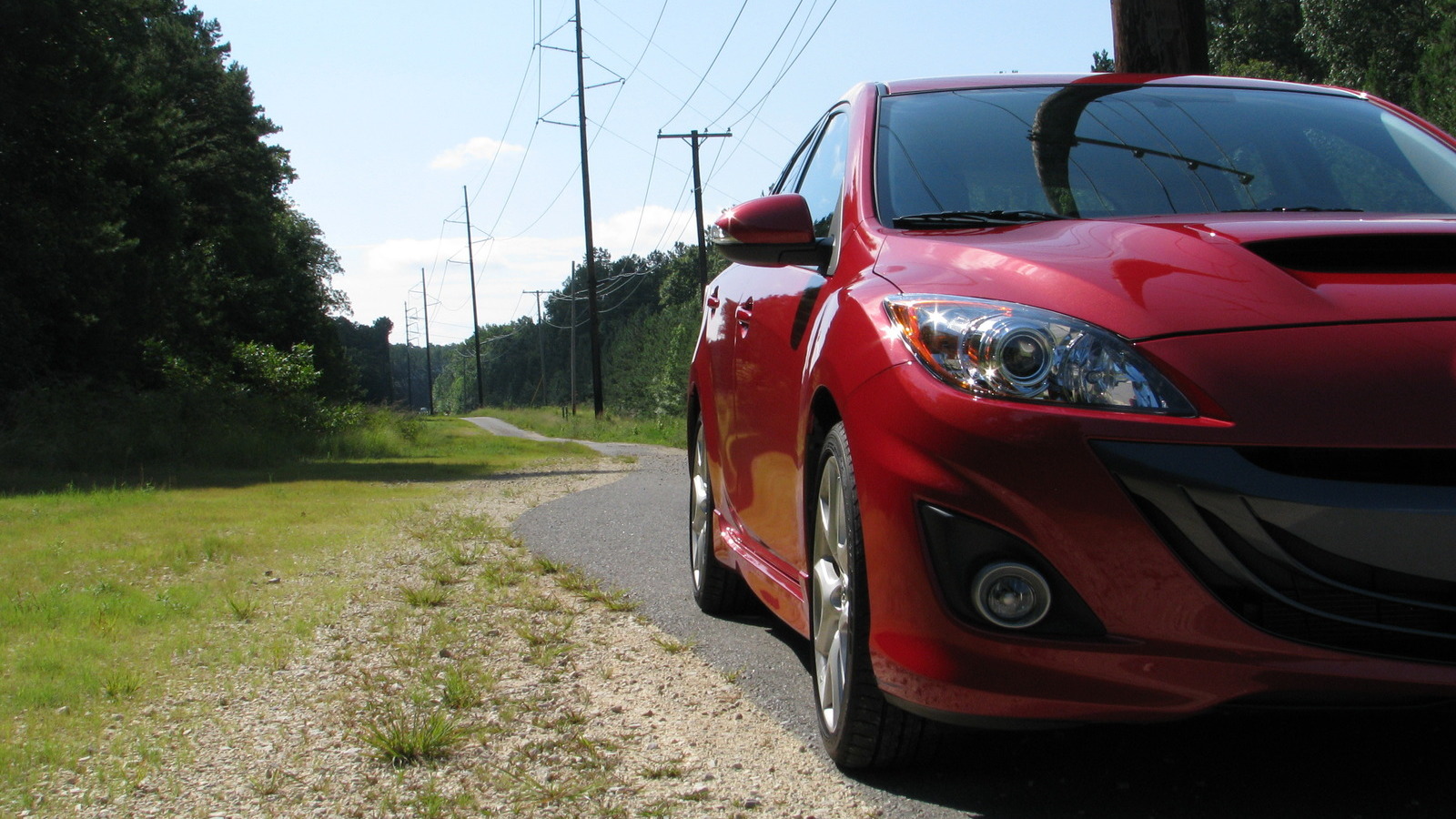 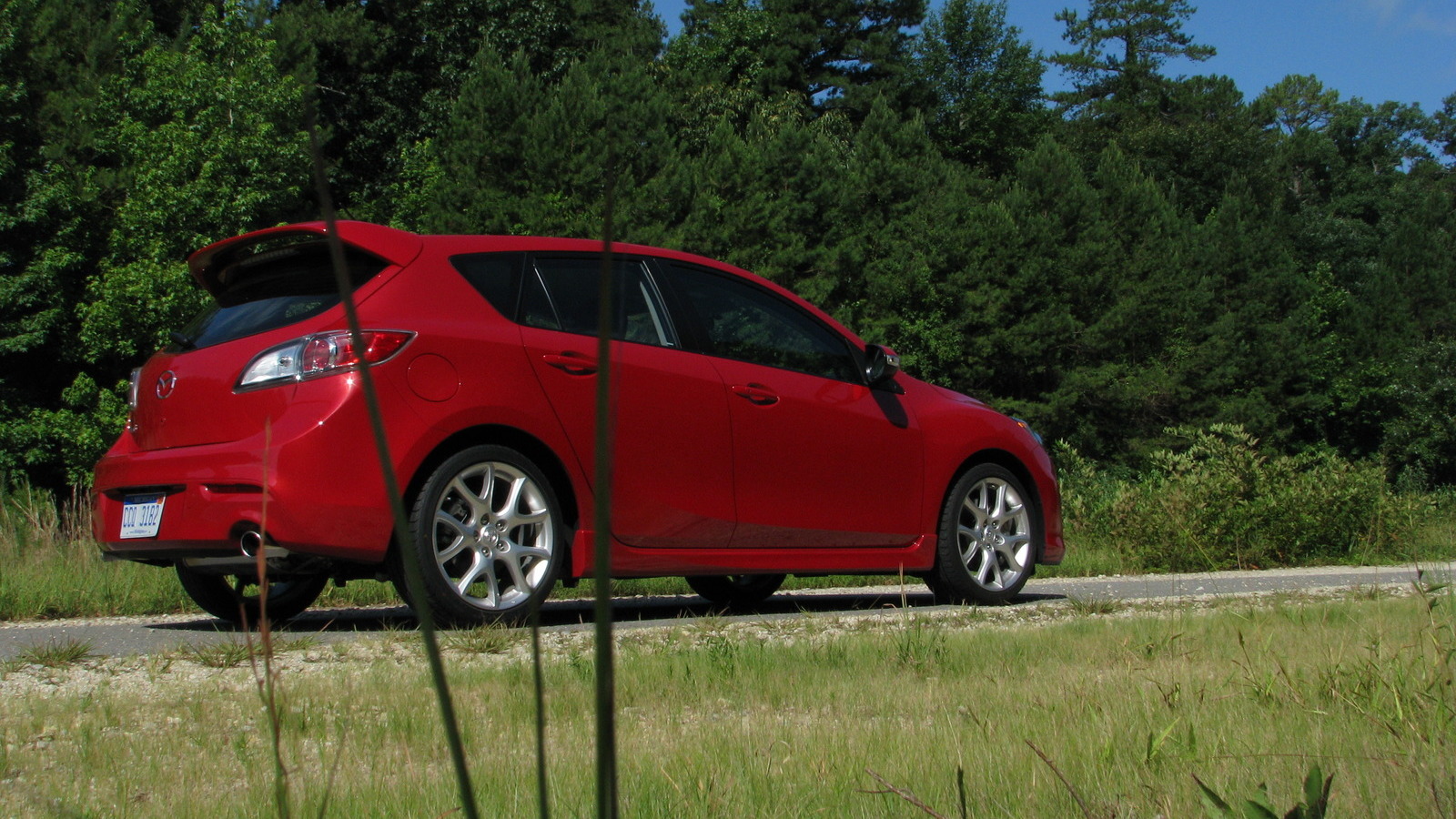 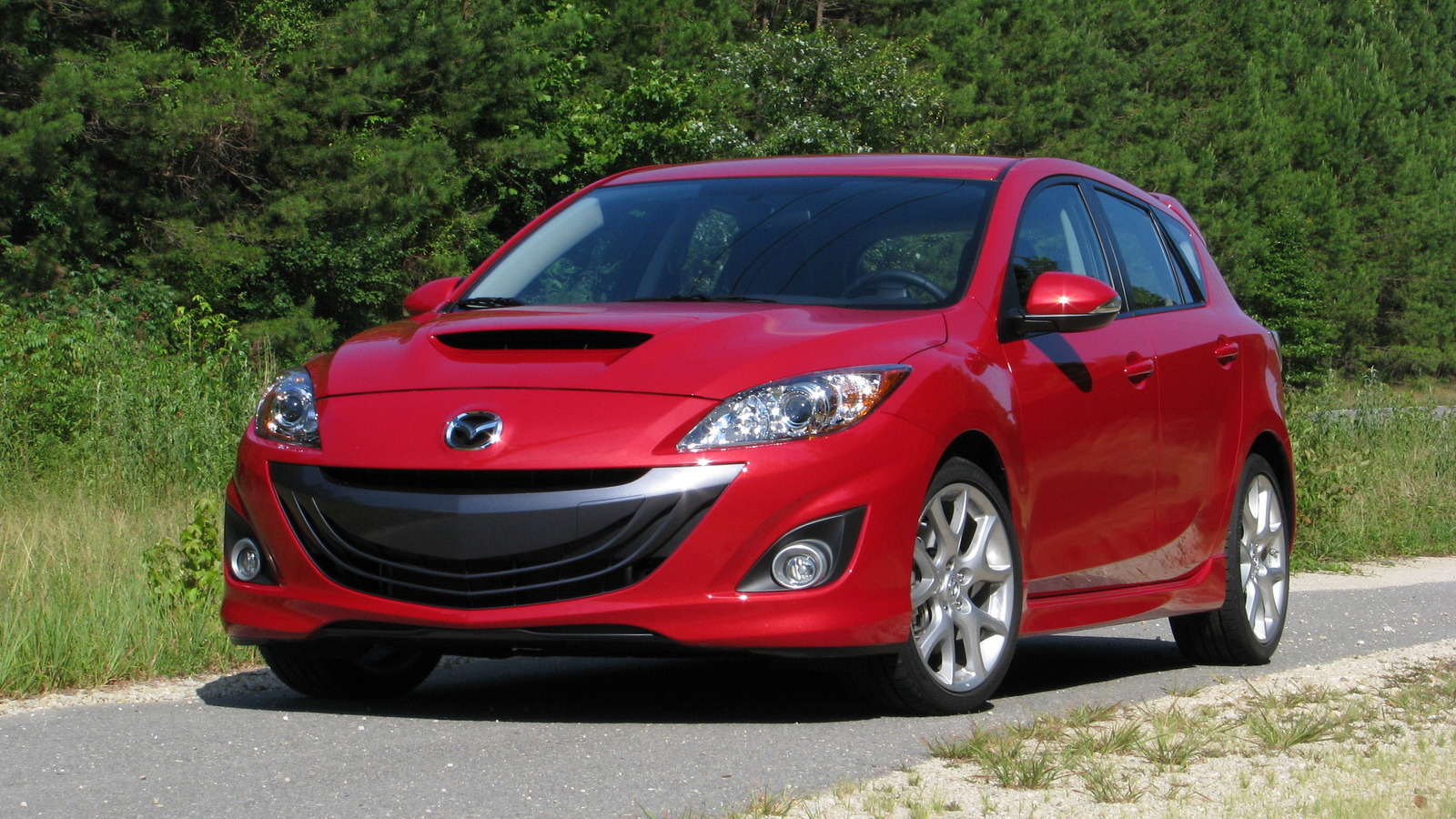 Hot hatches are a sore spot for American connoisseurs. The Europeans and Japanese always seem to get the best ones, while we're stuck with inferior models. Not so with the Mazdaspeed3.

Sure, it's no Ford Focus RS, much less the RS500, but it's a 263-horsepower, 280 pound-foot, turbocharged, front-driving monster. Except it's not quite so monstrous anymore--aside from the new snout.

Go Speed Racer Go!
The previous Mazdaspeed3 was a brilliant car, too. With sleeper looks, the same drivetrain, and a very well-sorted suspension, it can make quick work of even the mighty 2009+ Subaru WRX in the right hands, whether on the street, the autocross course, or the road course. But it has a nasty reputation for torque steer, or should I say vicious torque steer.

It's a reputation well-earned--piping all that power through the front wheels and a good limited-slip differential can make for some exciting moments as the car gets its own idea of where it wants to go under power. The new car fixes this, somewhat, but it's still a handful.

We're not complaining, though. It's character like this that makes the Mazdaspeed3 a true hot hatch. It's not a fully-refined, double-rinsed, fast-yet-bland version of what a hot hatch should be. It's the Real McCoy. And it's a joy to drive.

Handling is improved slightly over the previous model, though in back-to-back testing with my girlfriend's car (a bone-stock 2008.5 'Speed3), the differences are minute at best. The new car rotates a little more fluidly at turn-in, handles bumps just a little better, and shows a little less tendency to understeer at the exit. But you have to really be pushing the limits to even notice.

A Face Only A Mother Could Love?
The first thing you might notice if you're a Mazdaspeed3 fan is the new look of the 2010 model. It's definitely a change from the understated looks of the previous model. The hood-mounted scoop gives a more menacing look, while the flared front fenders and more complicated side panels give the car a more modern feel. Then you have that smiley face.

Looking to my eye like a combination of fish gills, joy, and drunken stupor, the new 'Speed3's grille isn't exactly a plus compared to the previous car's use of hexagonal mesh and conventional bars. But it's an eye-catcher, and marks the car out as something special from a distance. And you can always change it out for something more to your liking once you buy the car, even though you shouldn't have to. Whatever side of the smiley-grille issue you're on, though, there's no denying the car's solid overall package.

You Really Can Have It All
Inside, you'll find the car is dramatically different in styling, though nearly identical in content to the previous Mazdaspeed3. Decent materials, attractive design, and some very cool steering-wheel mounted controls for audio and nav (when equipped with the technology package) make for an enjoyable atmosphere. It's leagues ahead of the Chevrolet Cobalt SS, for example, but not quite on par with the refinement and quality of the Volkswagen GTI.

With the last car, if you wanted to close the gap to the GTI a bit, you could the Grand Touring package, which added some very nice Alcantara touches, far better seats, and some nice options in the audio department. This time around, the Mazdaspeed3 is only available in Sport trim, with the optional Tech Package that adds some nice goodies including nav and Sirius Satellite Radio. You'll have to make do with the slightly lower-quality seats and lack of upgraded interior materials, as well as the slightly cheesy red-wavy-dots-over-black interior color scheme.

Practicality is another strong suit of the Mazdaspeed3, as it has been since the model's inception. Fair room in back allows even taller adults some comfort for shorter trips, while children and the sub-six-footers won't have much to complain about at all. Cargo room in the back is good, especially with the rear seats folded down--you can easily throw in two bikes, a tent, and all the gear you'll need for a weekend of camping, hiking, and riding, and still have room up front for you and your significant other.

All in all, the 2010 Mazdaspeed3 is every bit as good as the first generation, with the rough edges cleaned up a bit. For the price--starting at $23,340 for the Sport model--you won't find a better new, practical performance bargain out there.