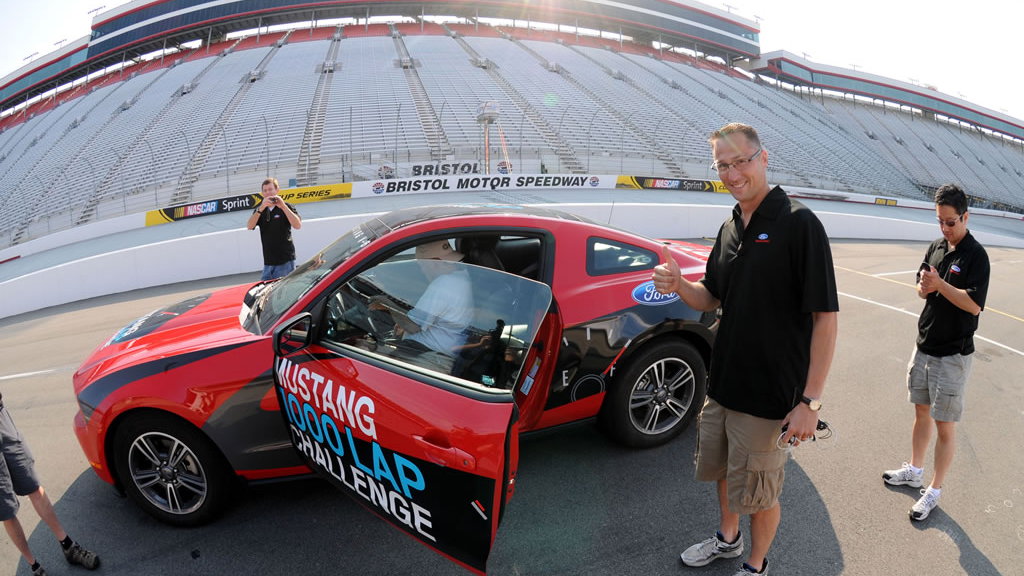 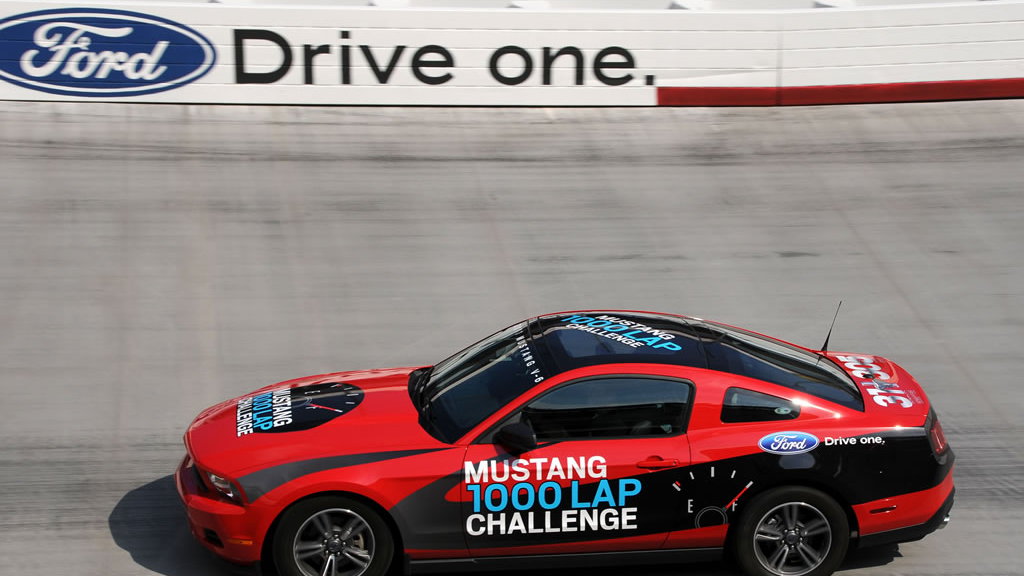 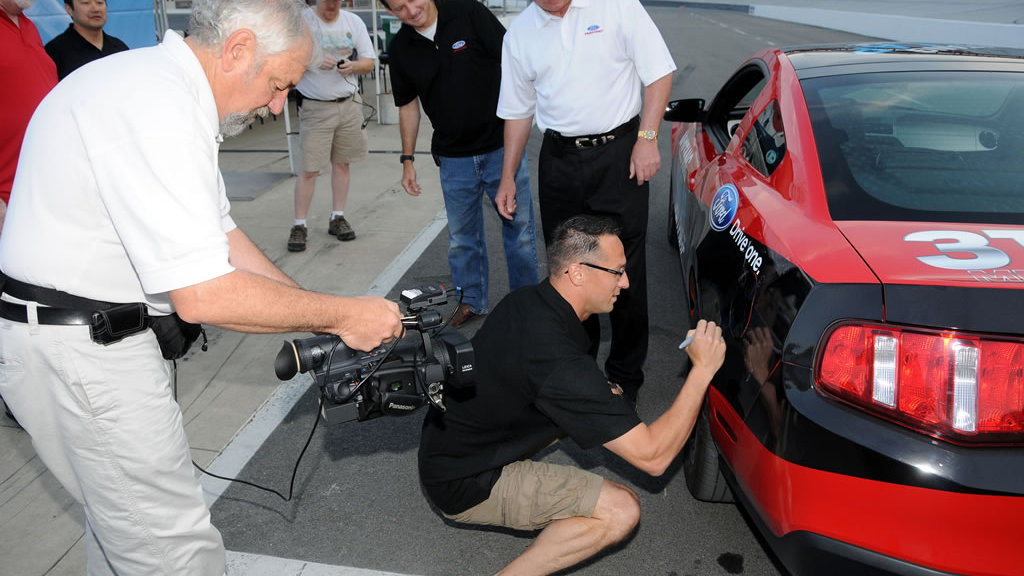 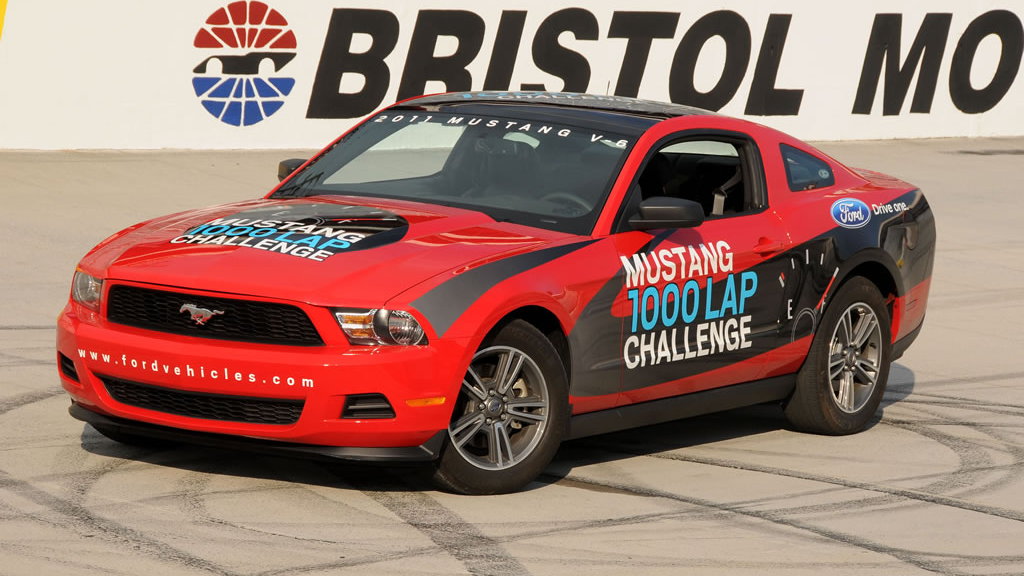 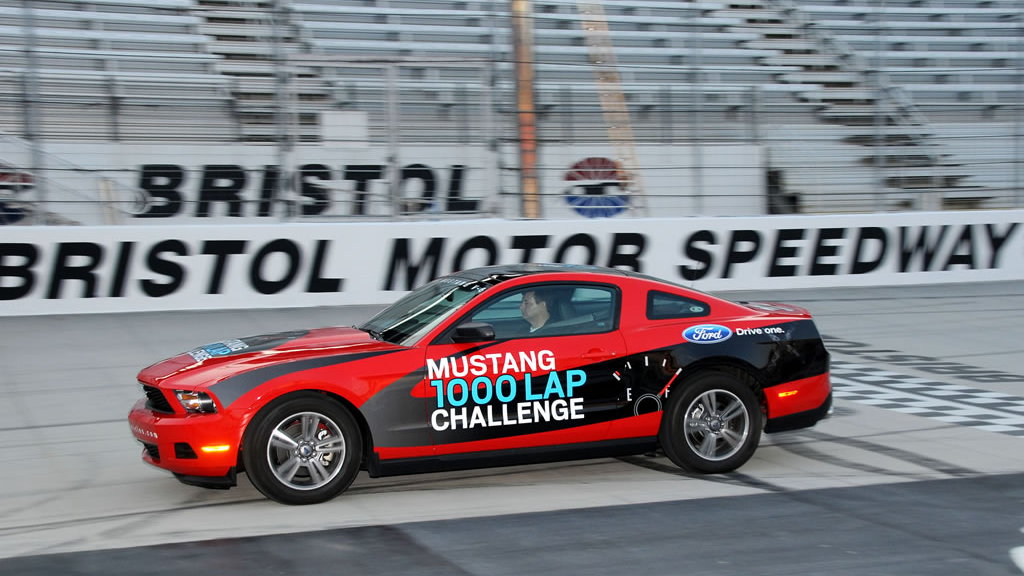 Ford isn’t going to let its rivals forget about the prowess of its new 2011 Mustang when it comes to fuel efficiency, which in V-6 guise is currently the only production vehicle on the planet with more than 300 horsepower and 30+ mpg fuel economy.

Earlier this year the 305 horsepower 2011 Ford Mustang V-6 entered the record books thanks to its EPA-rated fuel economy of 19 mpg in the city and 31 mpg on the highway when equipped with the available six-speed automatic transmission--and to really rub it into the faces of its rivals, Ford has taken its muscle car to the Bristol Motor Speedway where it completed a staggering 1,457 laps on a single tank of gas!

The driving team, which included NASCAR star David Ragan and four Ford Mustang engineers, completed the challenge in 17 hours and 40 minutes, showing off the car’s class-leading fuel economy by averaging 48.5 mpg over the course of the 776.5 miles logged during the challenge.

Ford also ran a competition where people could guess the number of laps the new Mustang would be able to achieve. Out of 51,000 entries, 22 guesses were correct. Ford will now pick one winner from those 22 correct entries and that winner will receive a, you guessed it, 2011 Ford Mustang V-6.

Last year Ford attempted a similar feat with its Fusion Hybrid, which drove a total of 1,445 miles (an average of 81.5 mpg) on a single tank of gas around the Washington, D.C. area.