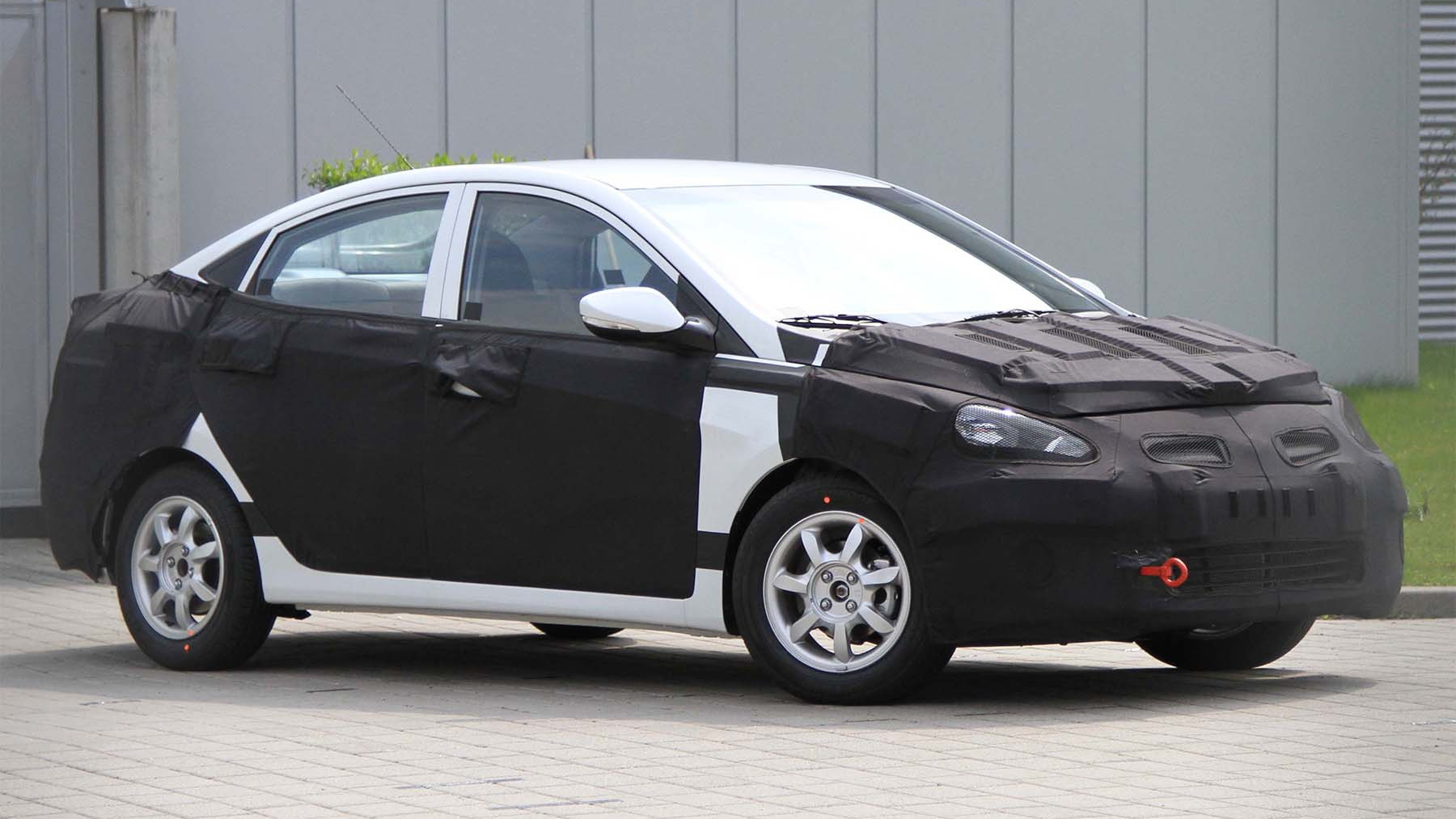 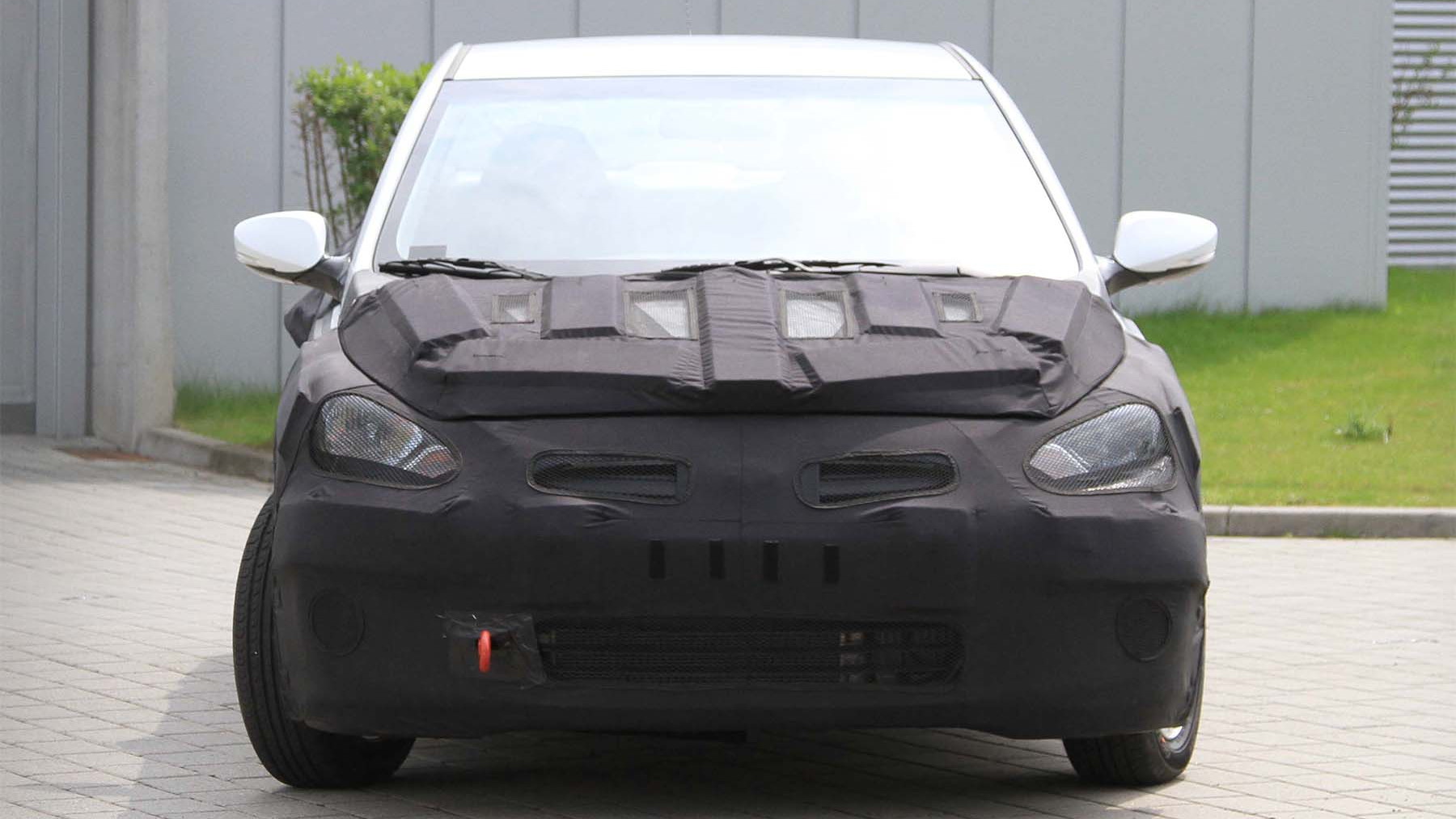 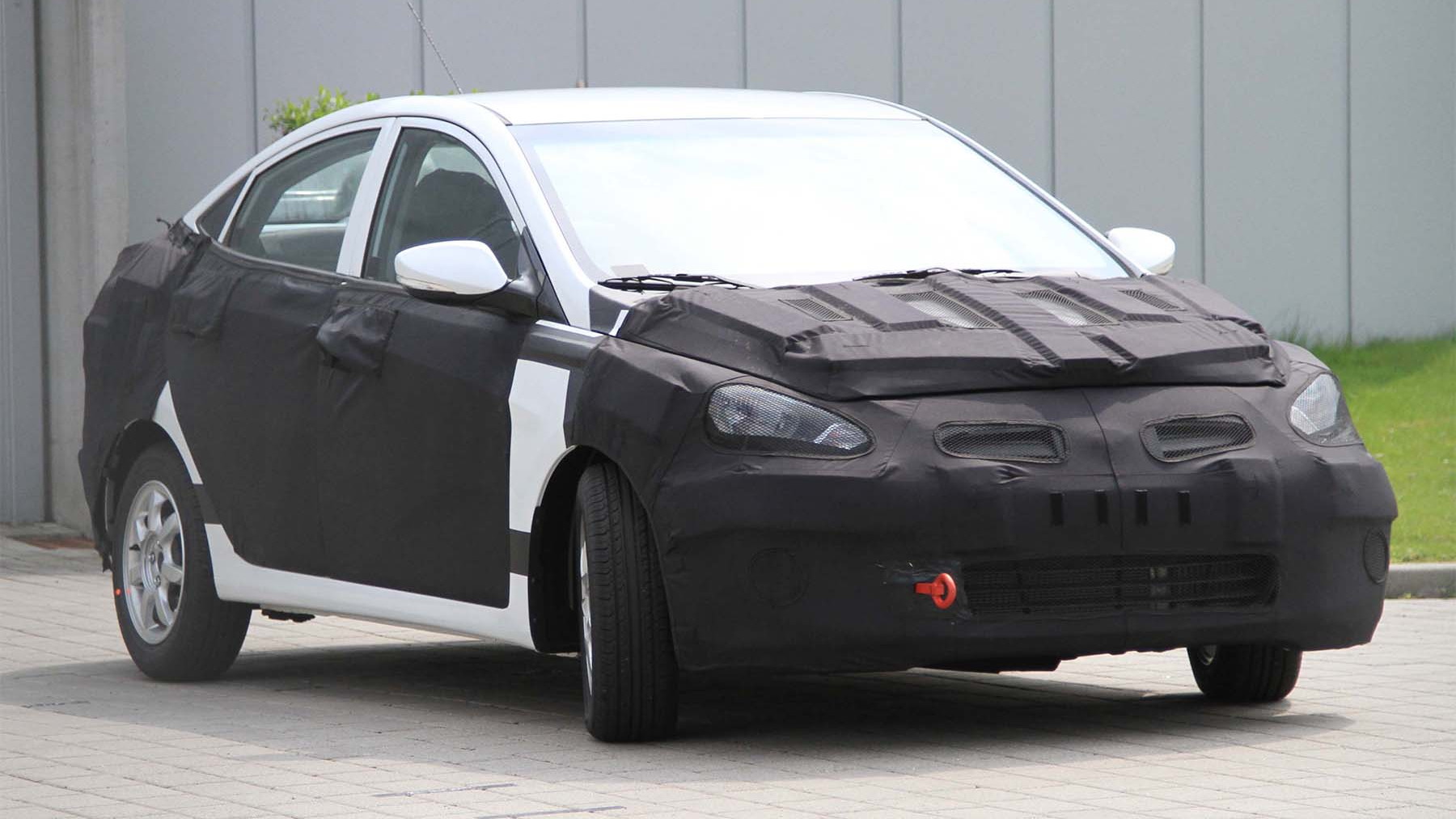 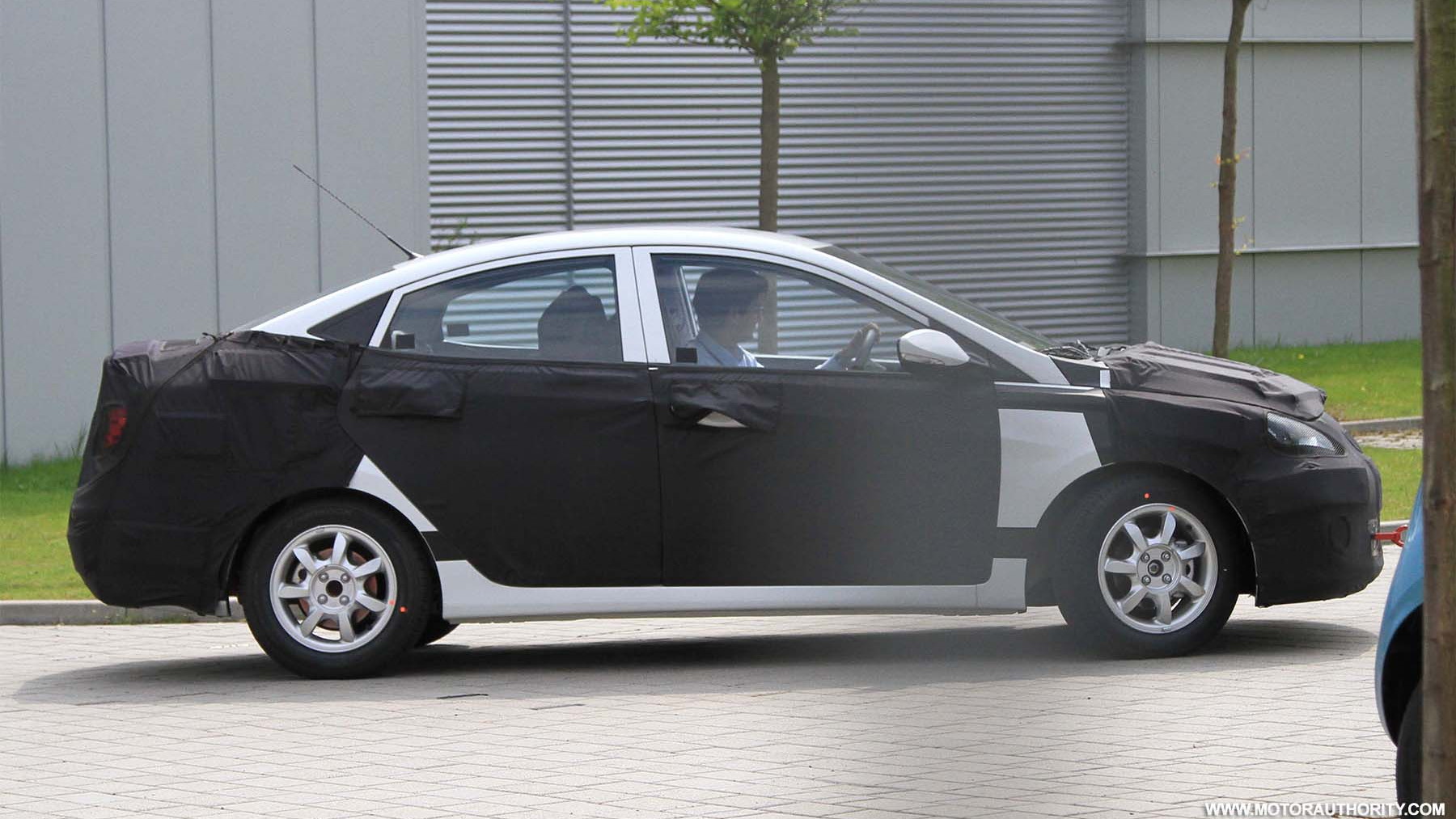 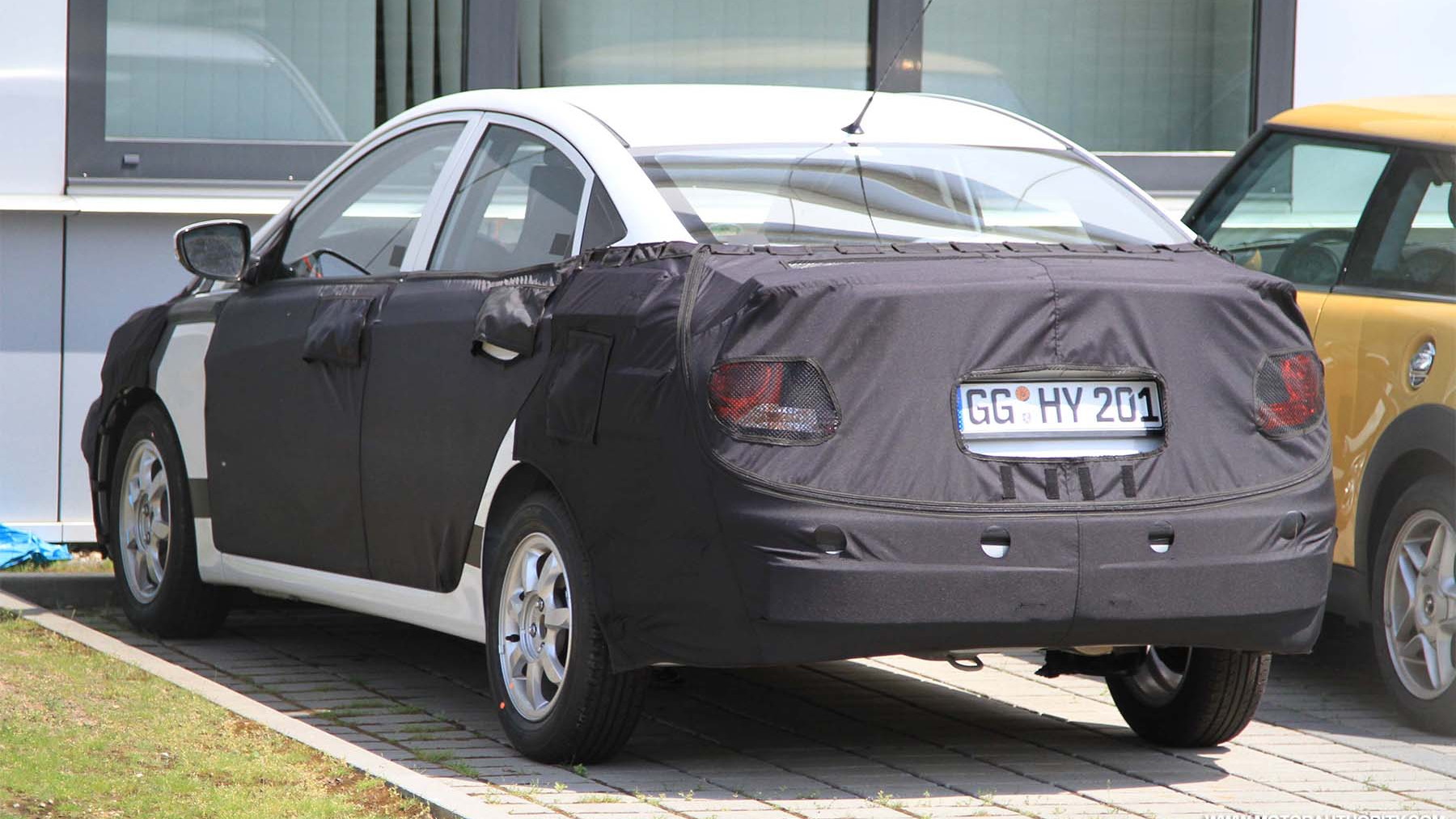 With the new 2011 Hyundai Sonata already hitting the streets, and the next-generation Elantra just around the corner, attention now turns to Hyundai’s entry-level Accent, spied here in prototype form while testing in Germany.

The all-new 2012 Hyundai Accent is due to arrive by the middle of next year and will once again be offered in both hatch and sedan bodystyles. As clearly revealed by these latest spy shots, the new Accent will feature the same fluid design as seen on the Sonata and upcoming Elantra as well as a swoopy grille and tapered back headlights.

Internally codenamed RB, the new 2012 Hyundai Accent rides on the same platform as the i20 compact car sold overseas.

The most likely engine option will be a 1.6-liter four-cylinder mill with 140 horsepower on tap. While this may be seem a little feeble, note that it will likely be matched to Hyundai’s new six-speed automatic transmission and return a fuel economy of up to 40 mpg on the highway. A standard six-speed manual will also be offered. A hybrid model is also thought to be in the works though its release is still several years away at least.