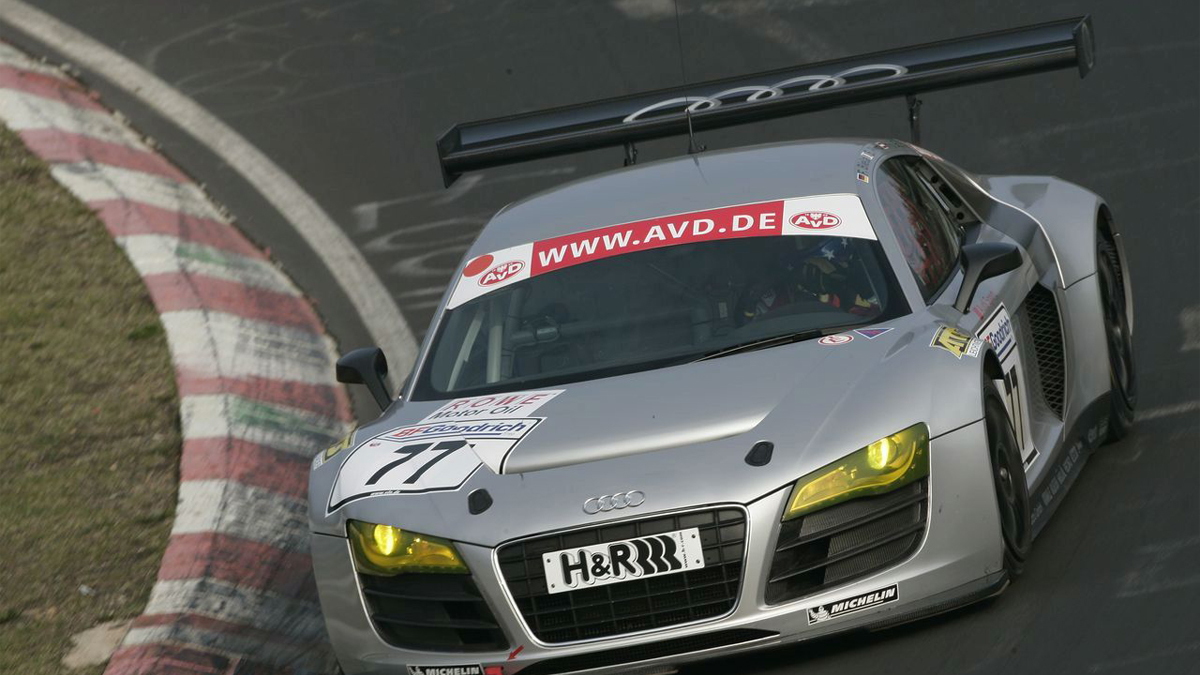 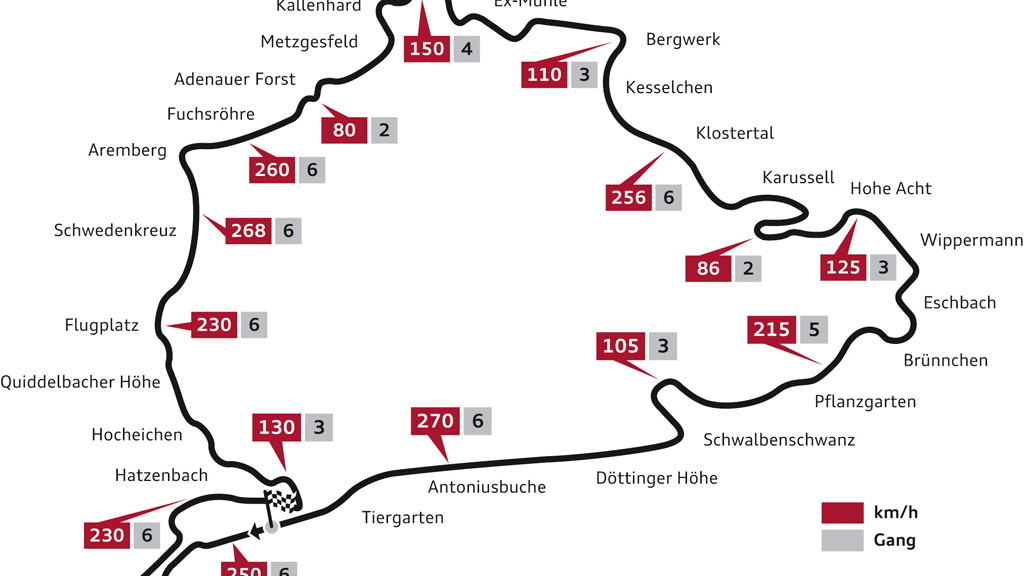 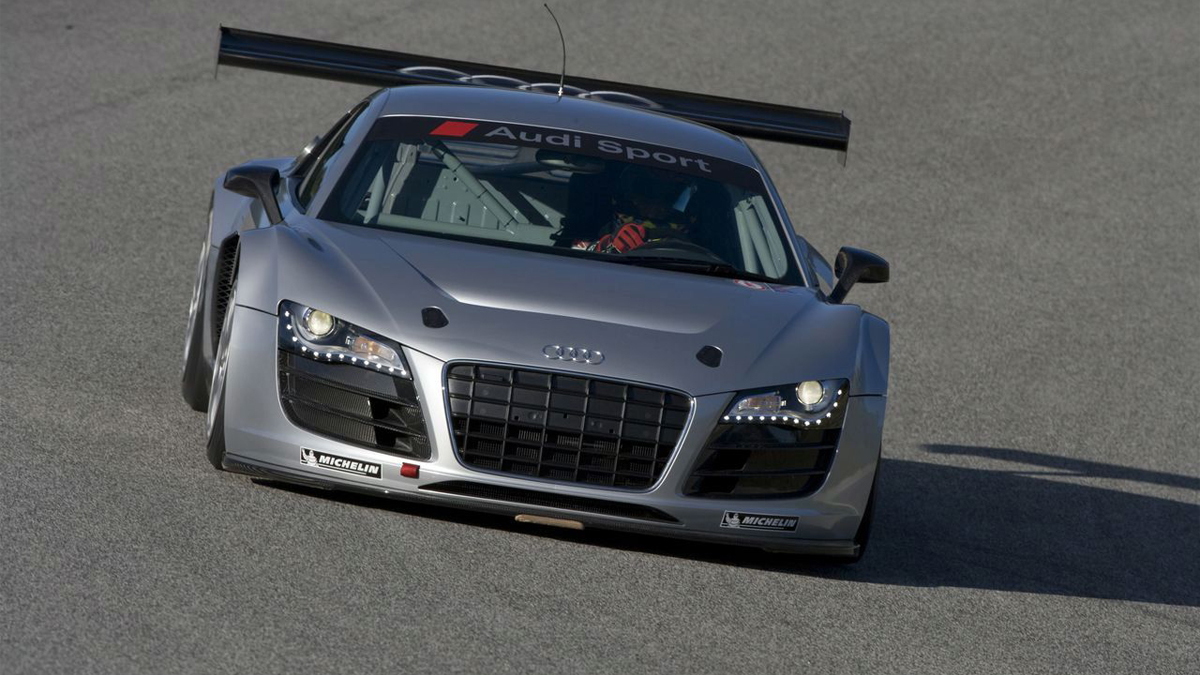 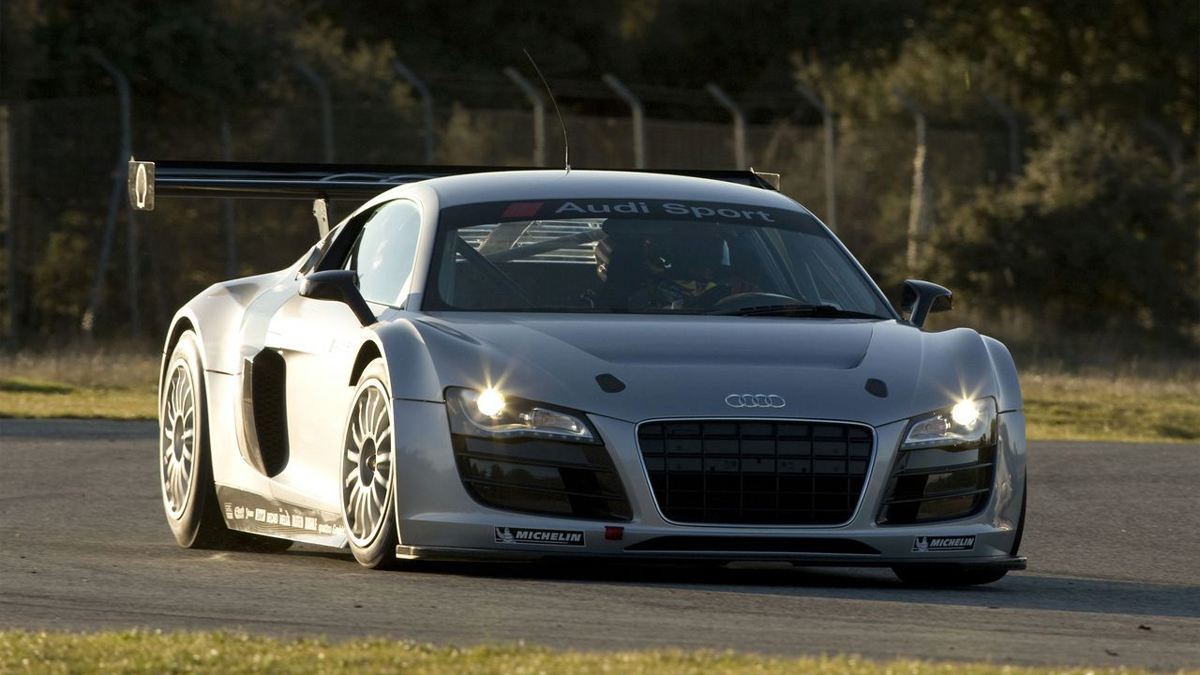 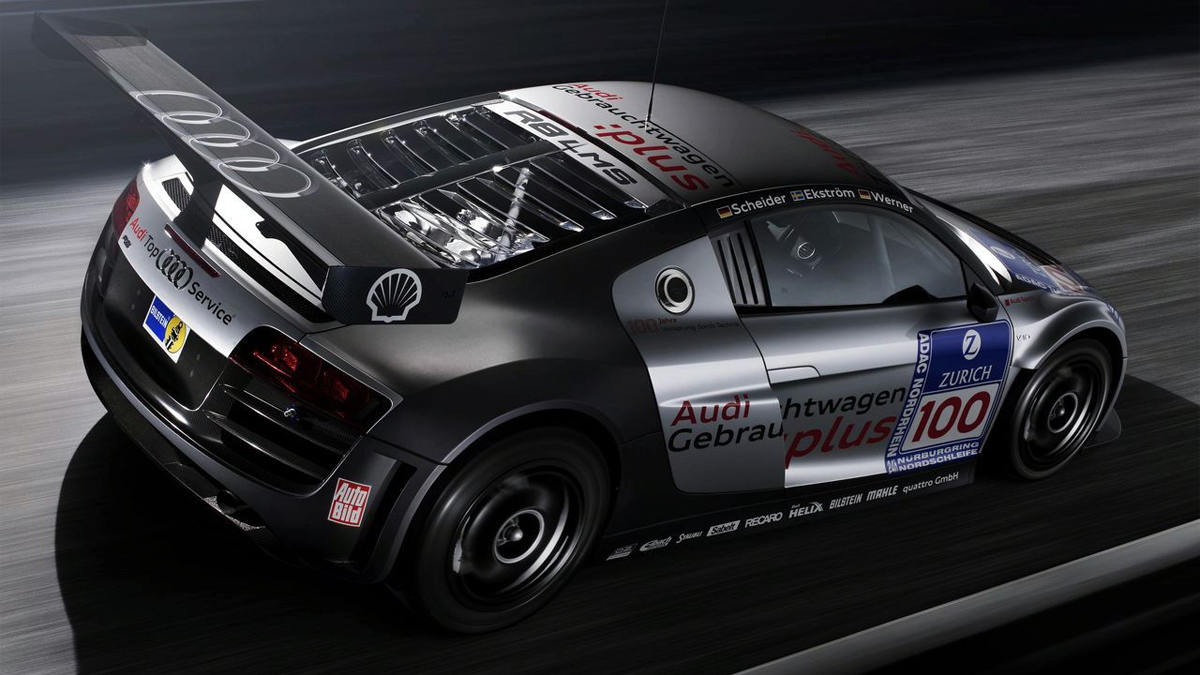 Last year, when the new GT3 race cars made their debut in the 24-hour race with support from Audi Sport and ABT Sportsline, they immediately clinched victory in the strong field of the SP9 class and finished as the overall runner-up. This year, performance is expected to be even better.

All teams will receive technical support by Audi Sport from the recently opened customer sport center in Ingolstadt--including the ABT Sportsline, Black Falcon and Phoenix Racing teams at the Nürburgring 24 Hours.

Because the GT3 regulations prohibit the use of all-wheel drive, the Audi R8 LMS race cars come with a modified rear-wheel drive powertrain and a newly developed six-speed sequential sports gearbox. The suspension is almost completely stock, with most of the modifications focusing on weight reduction and improving the car’s aerodynamics package. The kerb weight is an estimated 2,866 pounds--660 pounds less than the production model--and a modified front end and a large rear-wing have been added to generate the required downforce for the race track.

In addition to the Audis, there will also be a pair of Lexus LFA supercars and even an Aston Martin Rapide sedan.