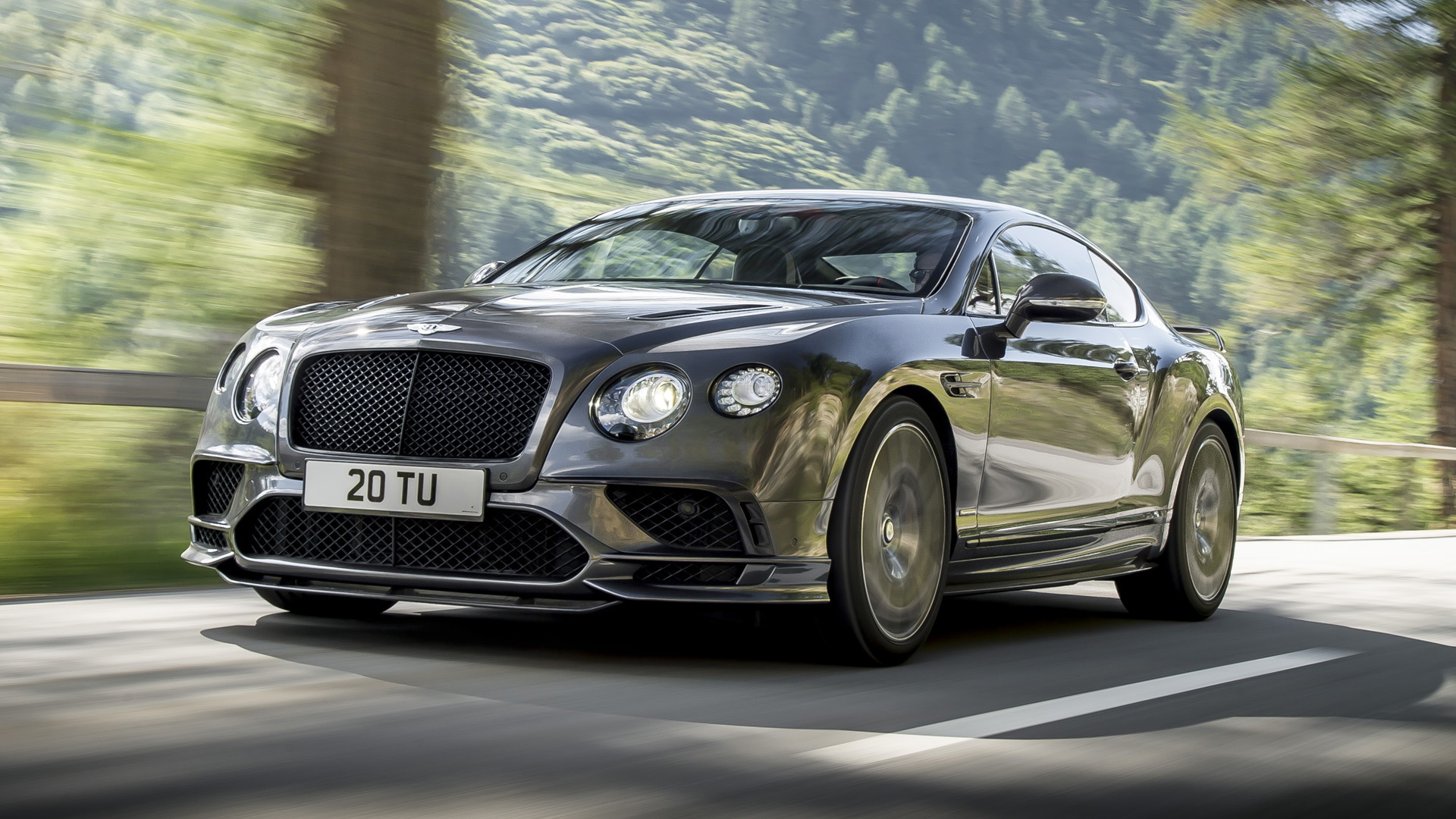 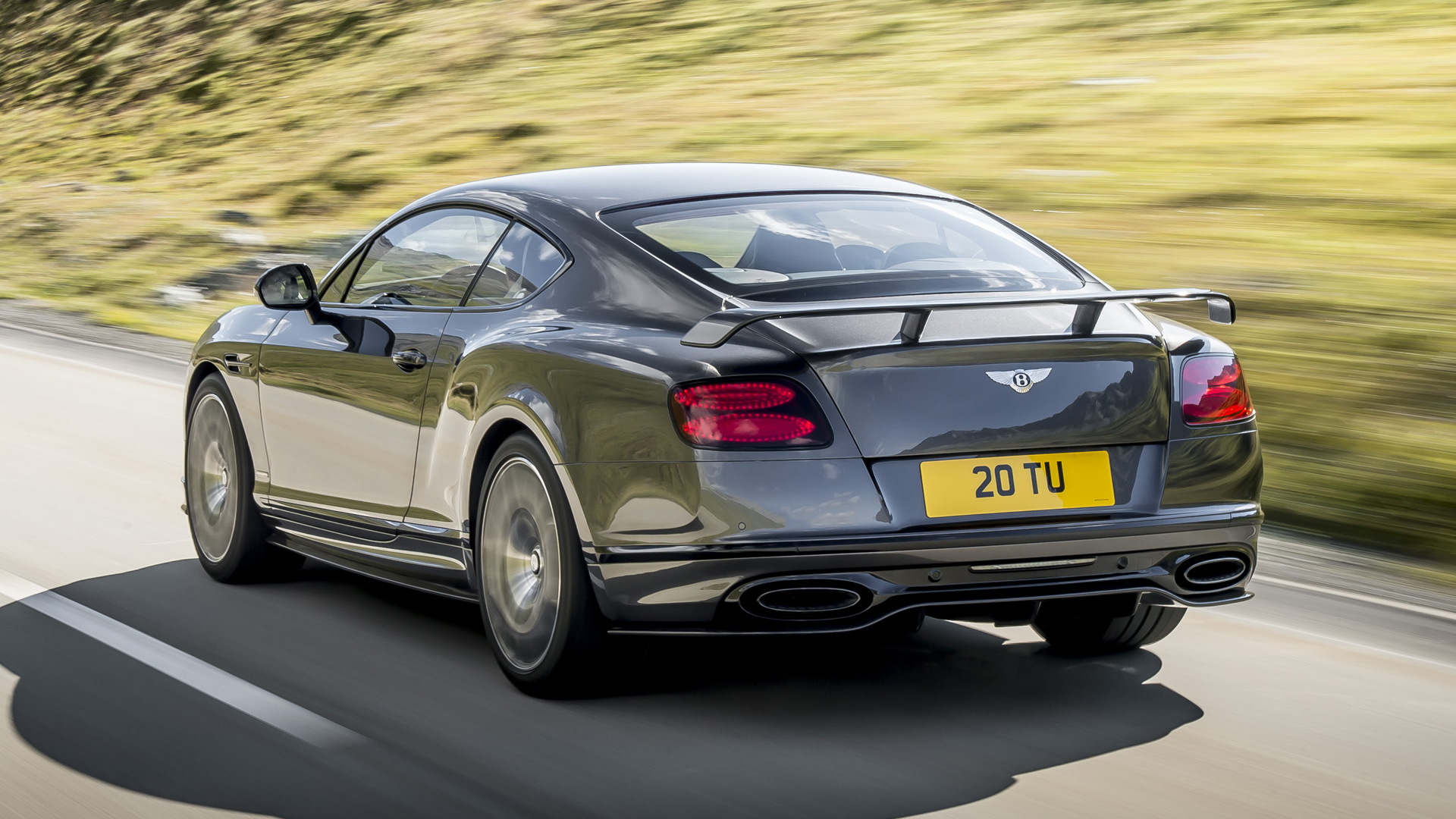 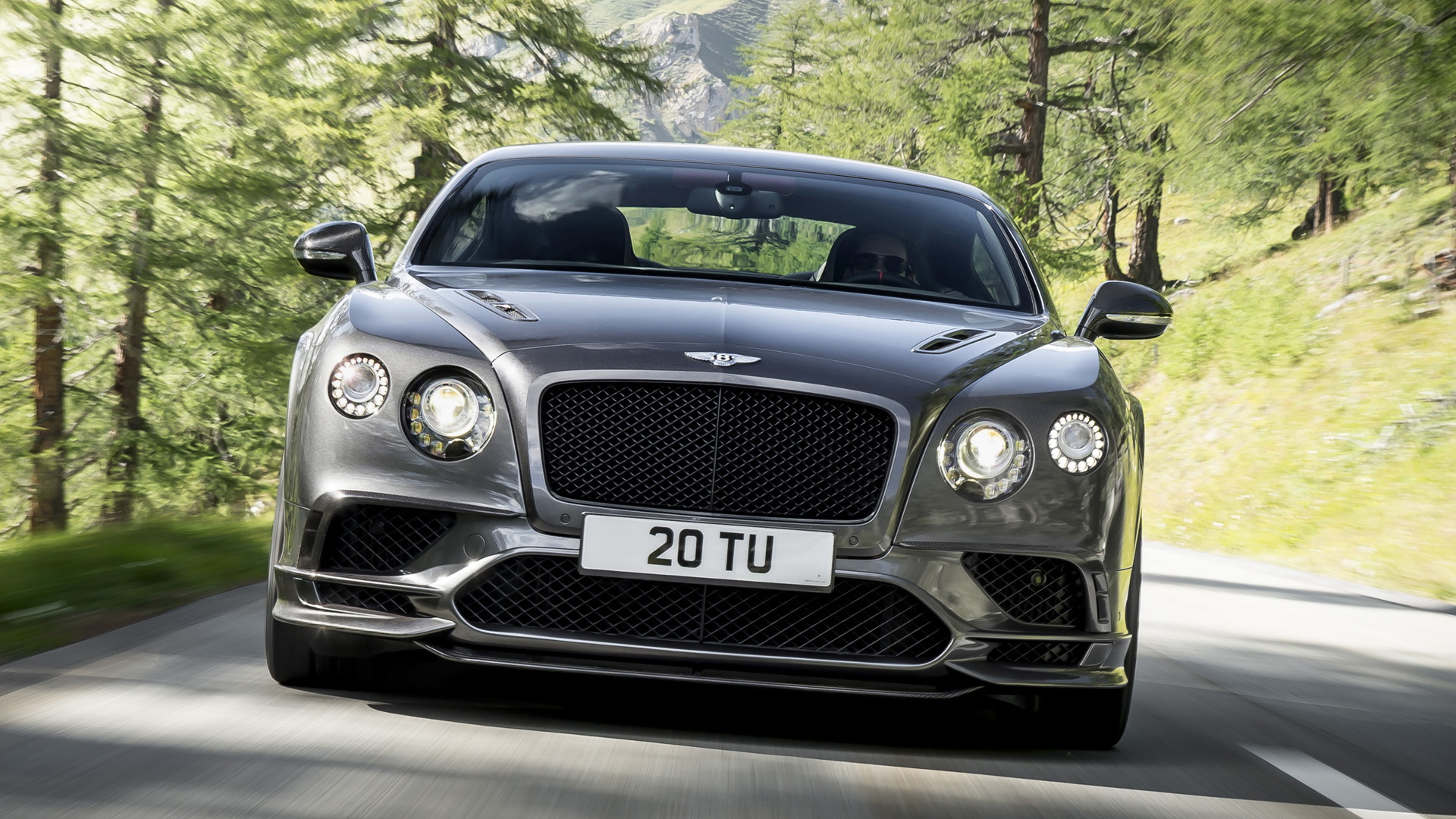 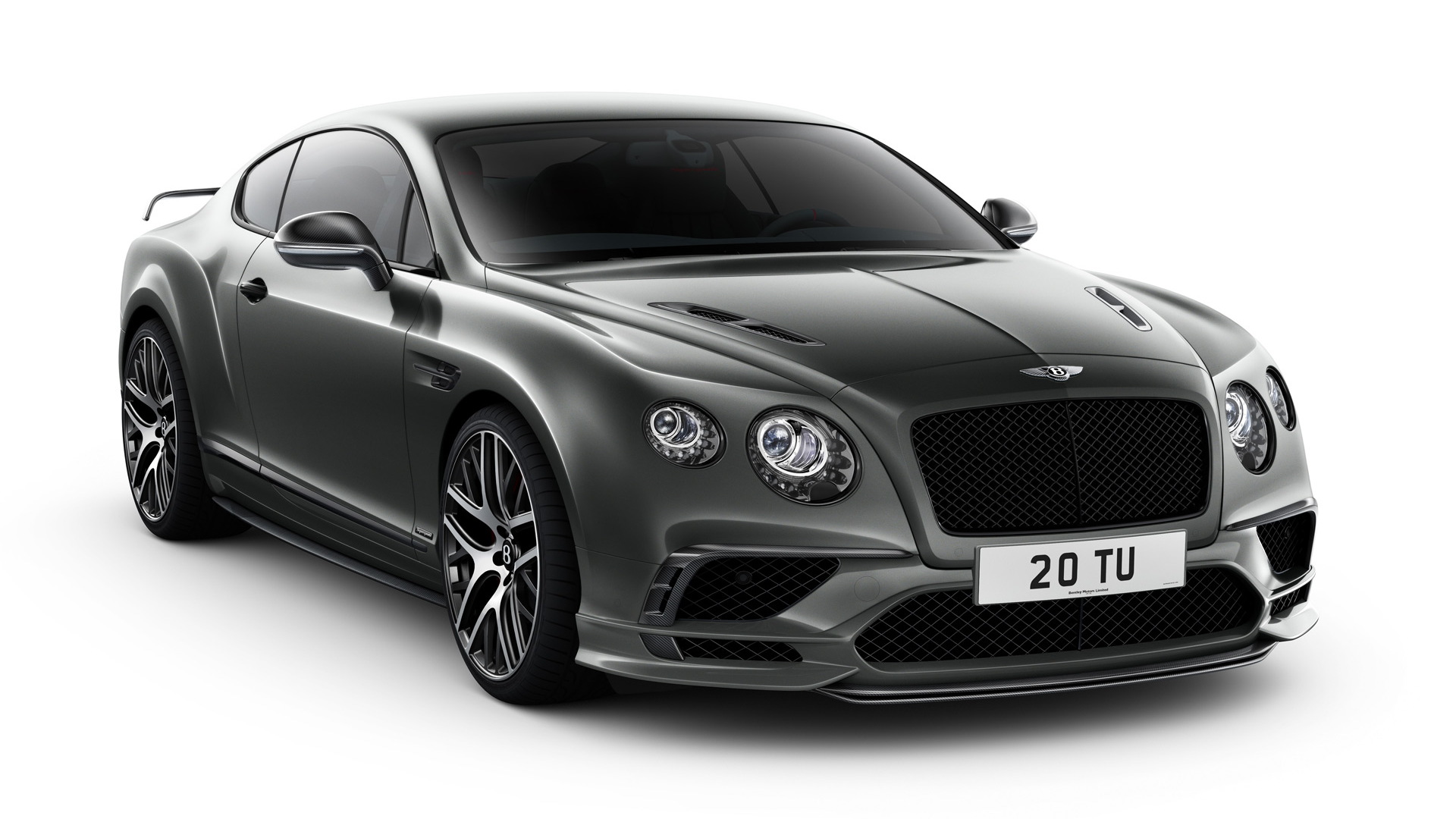 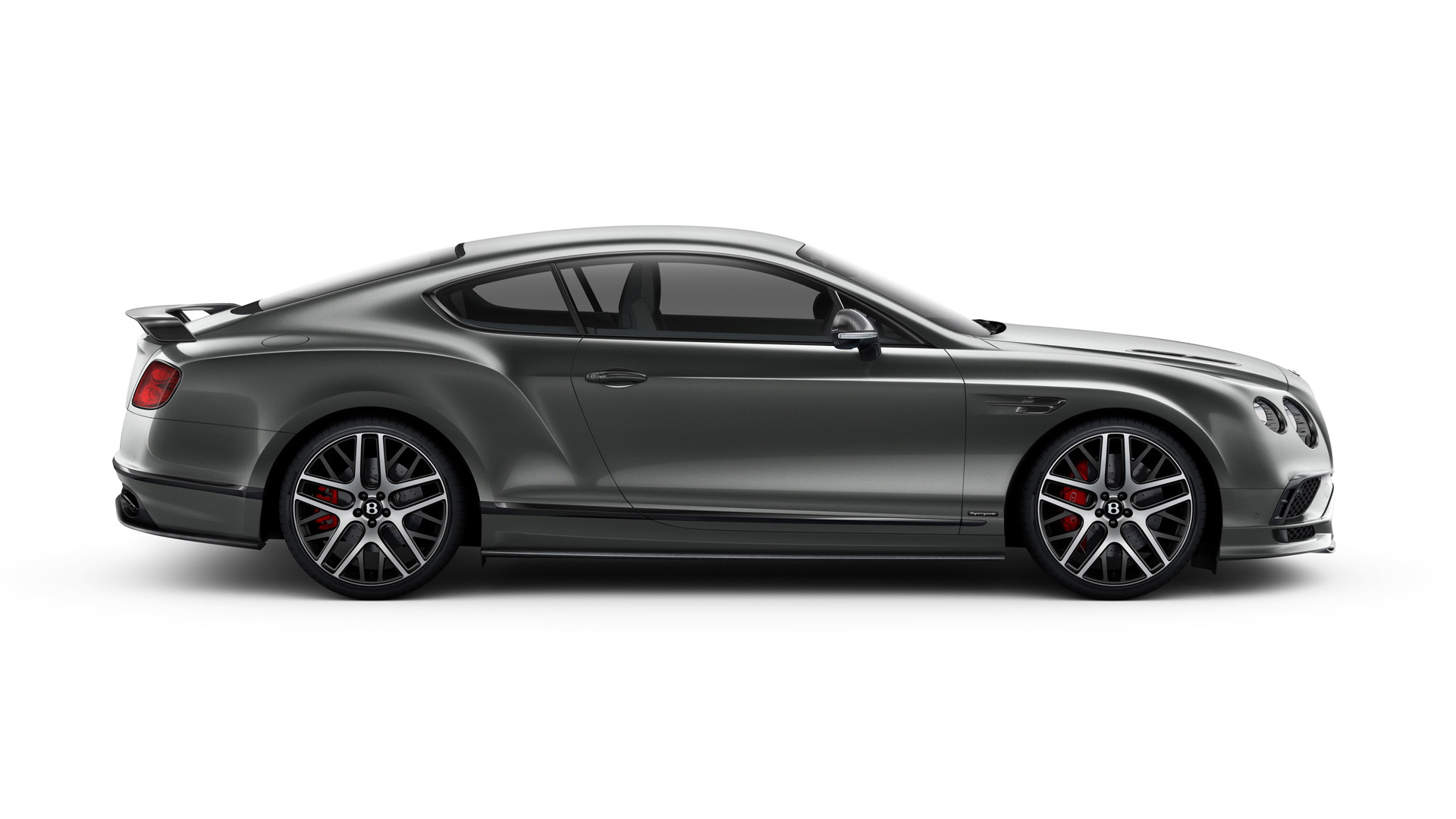 Behold the new Bentley Continental Supersports. It’s the fastest, most powerful Bentley ever produced, and according to the automaker there isn’t a four-seat car faster than it.

Performance claims include 0-60 mph acceleration in 3.4 seconds and a top speed of 209 mph.

Sure, there are quicker cars out there but none will cosset you and tantalize your senses the way the Supersports will. As Bentley CEO Wolfgang Dürheimer puts it, “Only Bentley could create a car which blends immense performance and unrivaled luxury in this way.”

The new Supersports, once again available in coupe and convertible body styles, was revealed Thursday ahead of a formal debut at the 2017 Detroit auto show. The convertible is slightly off the pace of the coupe, requiring 3.7 seconds to reach 60 mph and topping out at 205 mph.

The cars boast Bentley’s familiar twin-turbocharged 6.0-liter W-12 but with output dialed to 700 horsepower and 750 pound-feet of torque. That’s an impressive 67 extra horses over the next most potent model in the line, the Continental GT Speed.

Extracting the extra power required new turbos and engine internals, plus a high-flow exhaust system. And to make use of it the 8-speed automatic received a new torque converter for faster lock-up and the rear-biased all-wheel-drive system was enhanced with a torque vectoring system borrowed from the Continental GT3-R.

In the chassis department, the engineers lowered and stiffened the suspension while playing close attention to maintaining comfort. This is a Bentley after all. Massive carbon-ceramic brake discs, measuring 16.5 inches in diameter, making them the biggest of their kind fitted to a production car, are found at the front. A 14-in set is at the rear. These sit within 21-in forged alloy wheels, which together help shed 44 pounds from the curb weight. An available titanium exhaust helps shed a further 11 lb. Still, this is no lightweight we’re talking about. The quoted curb weight is a substantial 5,027 lb.

Inside, the designers have modernized the interior using a tri-tone color split. And in keeping with the sporty theme, Alcantara, complete with a diamond-quilted pattern, has been used on the seats. This is complemented by carbon fiber, with a checkered pattern, on the dash. The interior is completed by a “Supersports” emblem, plus a bespoke steering wheel and unique gear lever, both featuring Alcantara accents.

With a redesigned Continental GT just around the corner, we’re likely looking at the last version of the current-generation coupe and convertible. This is bound to have well-heeled collectors drooling.

The Detroit auto show starts January 9. To learn about other vehicles appearing at the show, head to our dedicated hub.