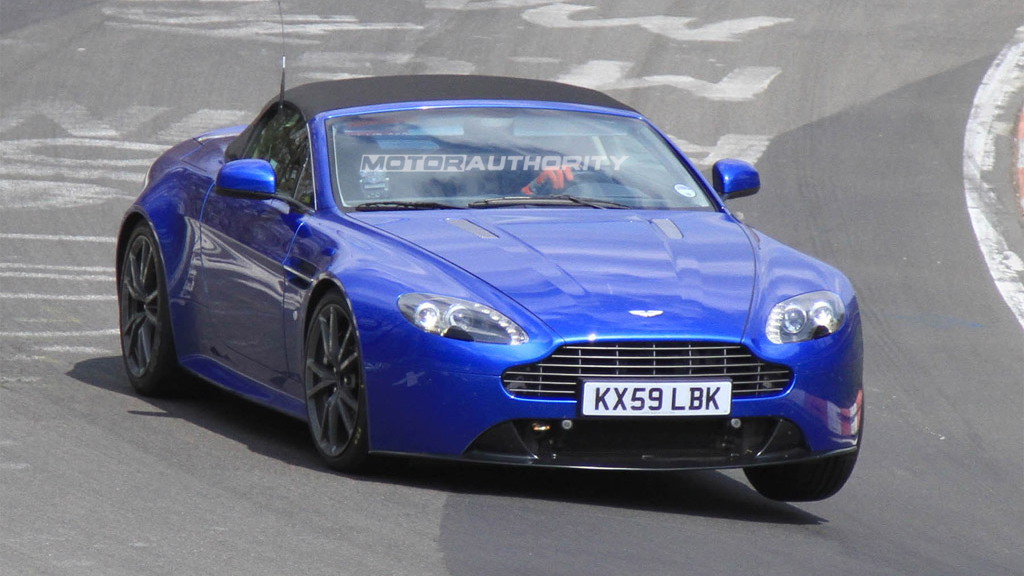 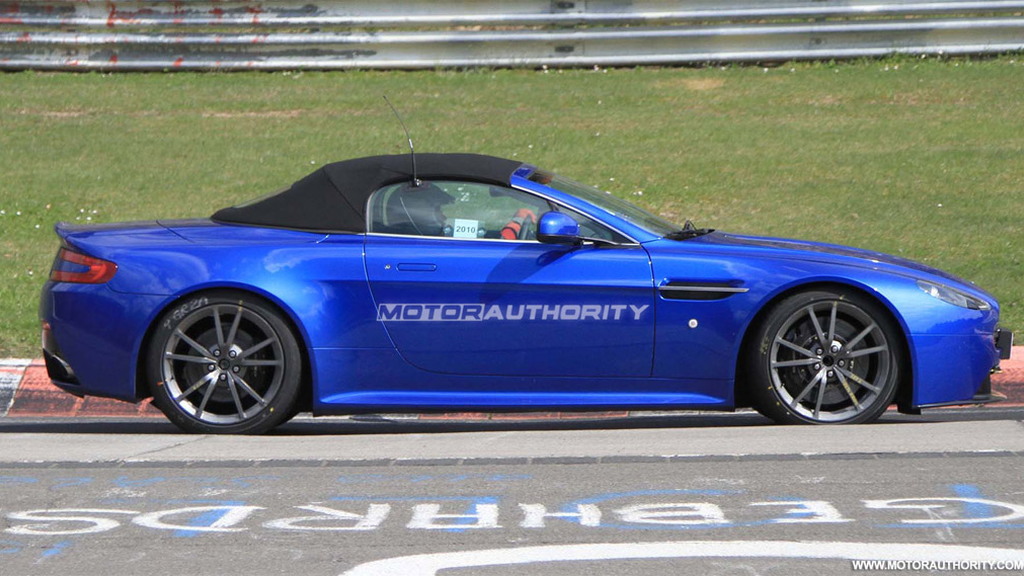 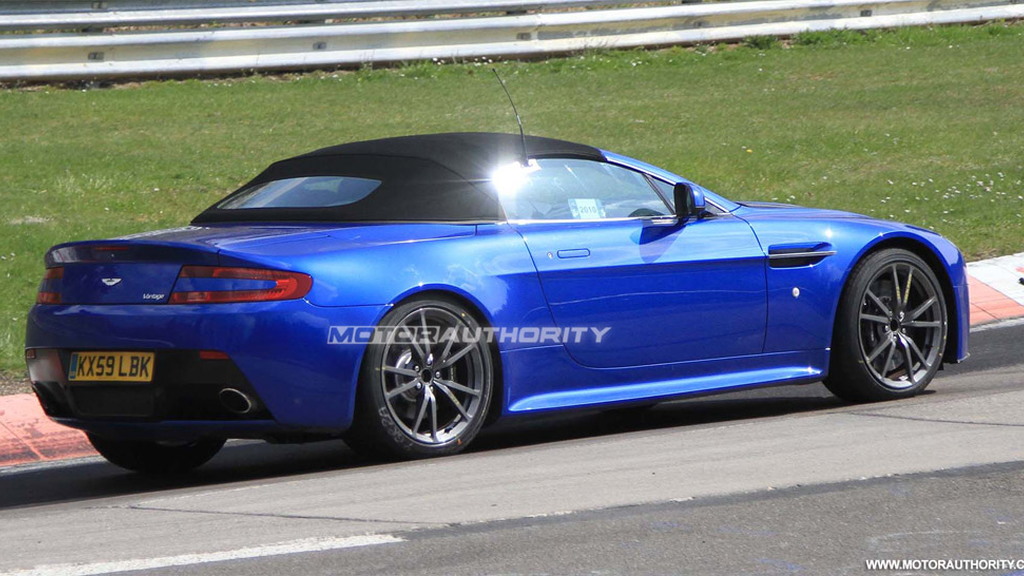 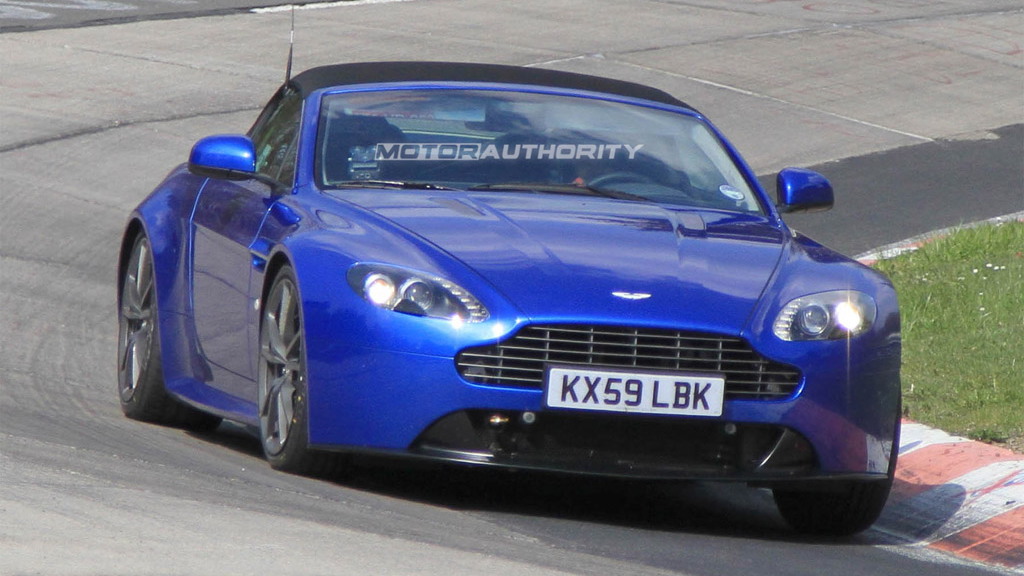 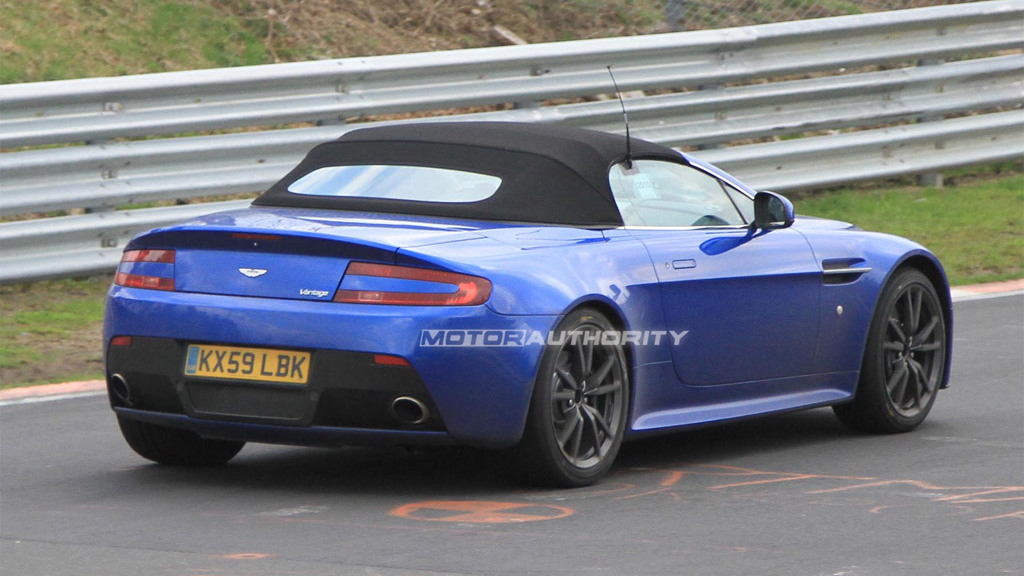 Aston Martin is on a roll of late, the latest creation its four-door masterpiece, the Rapide. While that car has its quirks, it's certainly one of the most attractive four-door sports cars in existence. Last year, the company shoe-horned a brawny V-12 engine into the Vantage, taking the car's performance to a new level. Now Aston Martin is preparing a facelift of its Vantage series, captured in roadster form in these latest spy shots.

The car spied is something of a mule, wearing the minimally-vented hood and smooth side skirts of the V8 Vantage, but otherwise wearing the aggressive carbon lip spoiler, larger rear spoiler and carbon rear diffuser of the V-12 Vantage.

It's not clear what powerplant is under the hood, though it may be a V-12. On the other hand, it may be a V-8-powered Vantage wearing a more aggressive treatment, pointing the way forward for the car's facelift.

Whichever powerplant is under the hood, it's not likely to have received any updates, as the V-8 updates from the 2009 model year--a bump to 4.7-liters and 420 horsepower, up from 4.3-liters and 380 horsepower previously--are expected to suffice until a more complete redesign in several years' time. The 510 horsepower V-12, having just been introduced last year, is likewise staying put.

Expect the new car to go on sale towards the end of the year, possibly with a debut at the 2010 Paris Motor Show in October.