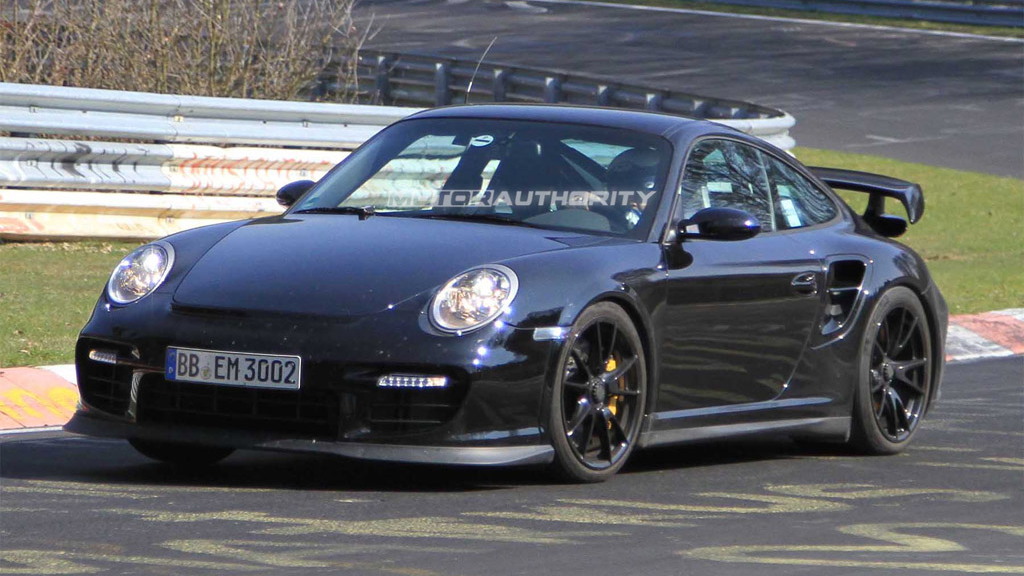 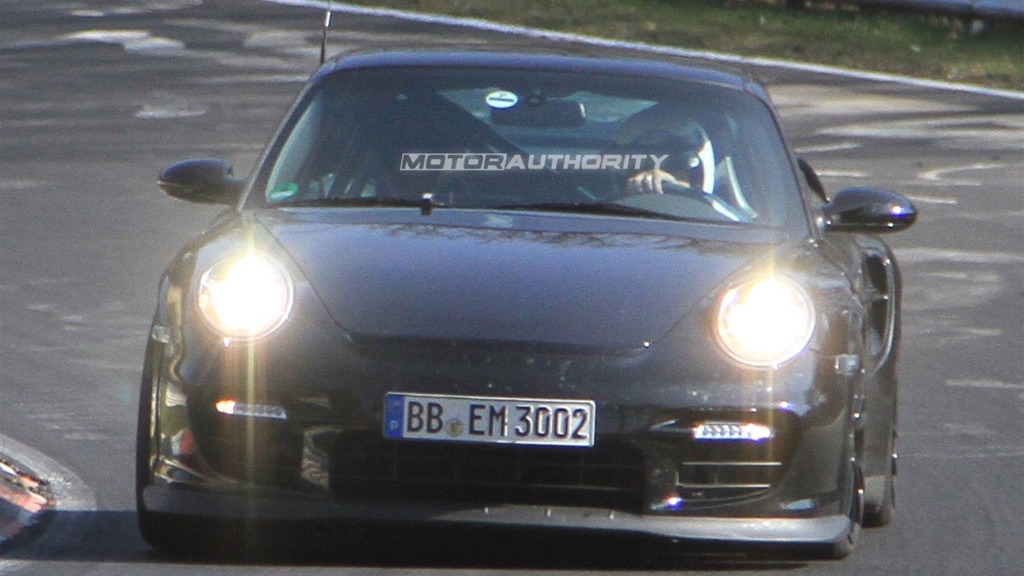 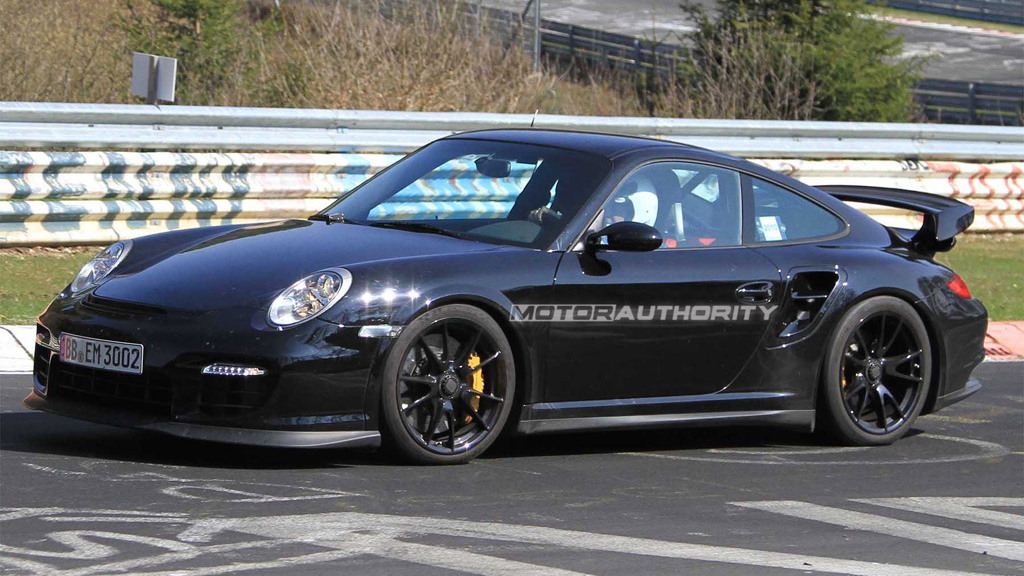 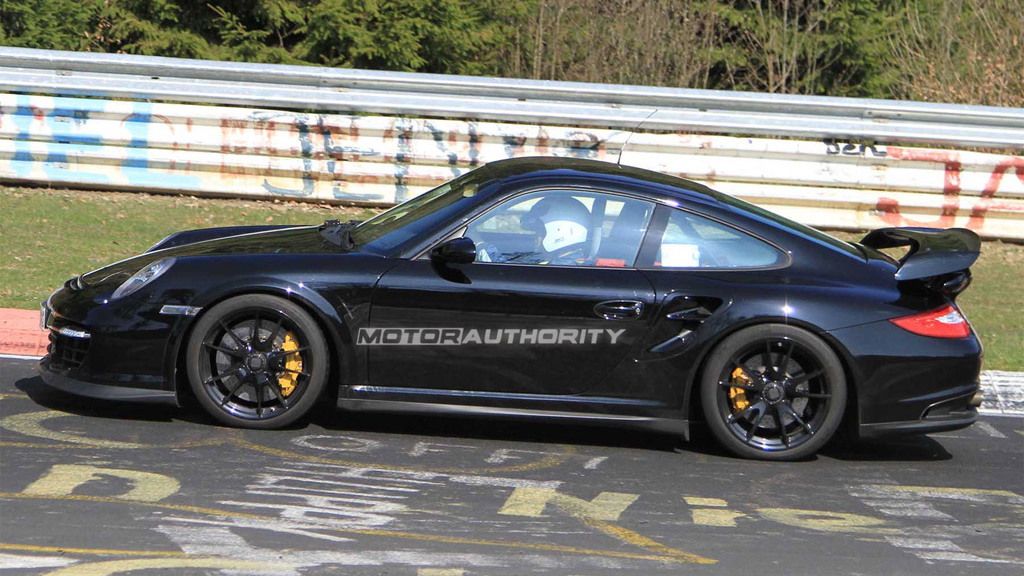 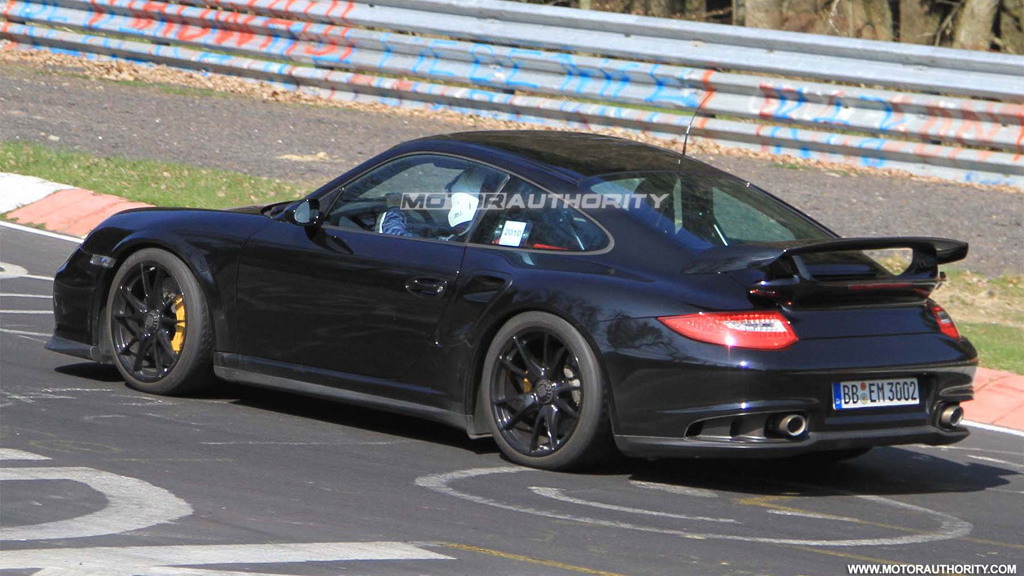 The Porsche 911 GT2 is the last variant of the 997-series 911 to receive its mid-cycle update and in typical GT2 style the last update comes just before the current generation of Porsche’s iconic supercar reaches the end of its product cycle. The all-new ‘991’ Porsche 911 is just over a year away so the facelifted 911 GT2, seen here testing in prototype form, will have a very short shelf-life.

Expected to go on sale early next year, the 2012 Porsche 911 GT2 will receive only a series of minor updates to differentiate it to the current version, which was first revealed back in 2007. The changes include new bumper designs, with the rear getting a more simplified look and slightly revised exhaust tailpipes.

The biggest changes won’t be seen, but felt. Like the facelifted 911 GT3 and Turbo models before it, the latest 911 GT2 will receive direct injection technology boosting output by around 20 horsepower. This means that the car will come in with 550 horsepower, more than enough, we’re sure, to give Nissan’s GT-R SpecV a serious run for its money.

A six-speed manual is likely to remain the only transmission option, though there is a chance that Porsche may make its PDK dual clutch unit available. Other features will include a titanium exhaust system and carbon-ceramic brakes.

Expect the 0-62 mph time to drop from the current car’s 3.7 seconds and top speed also to push past the 205 mph mark.