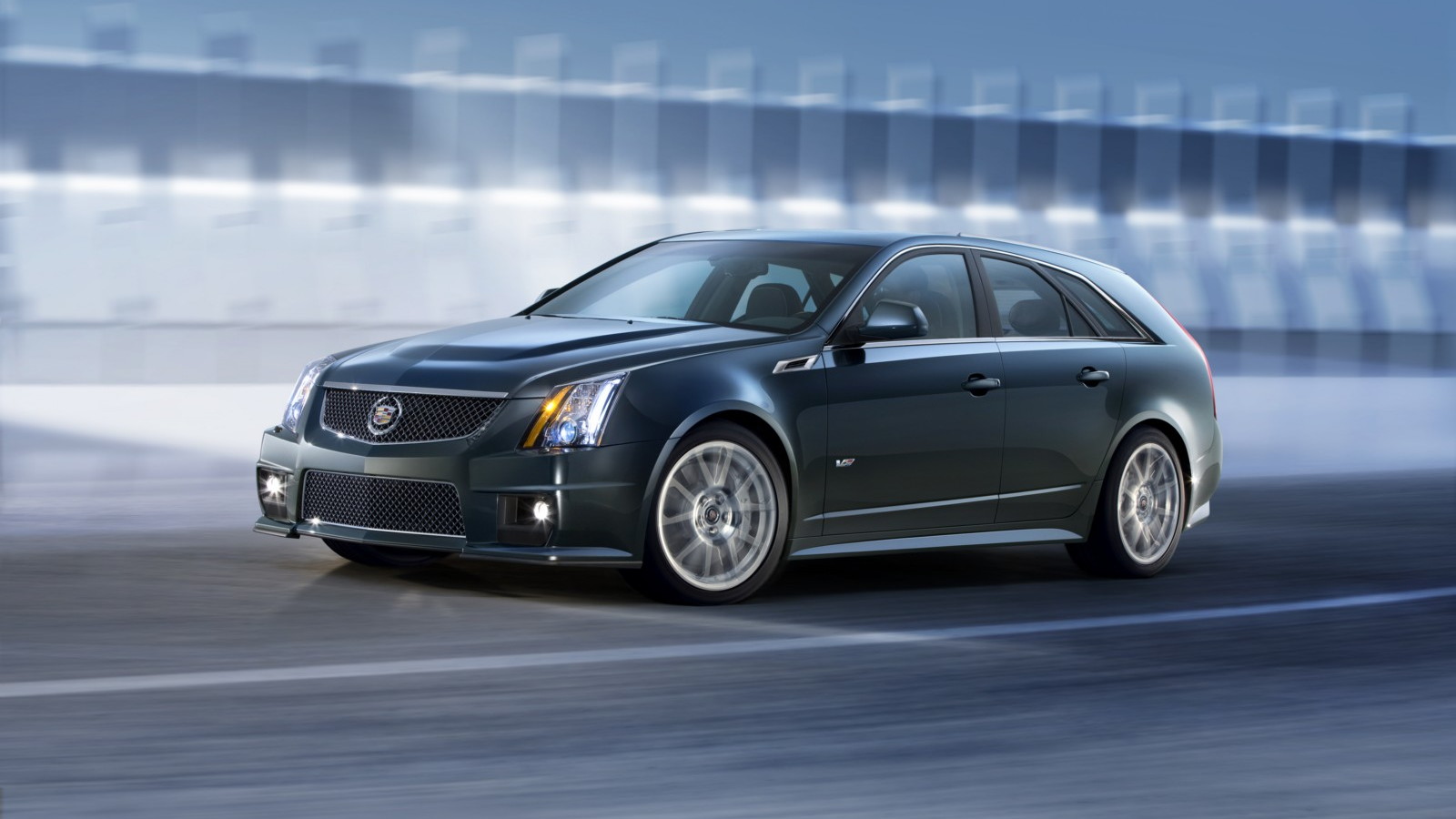 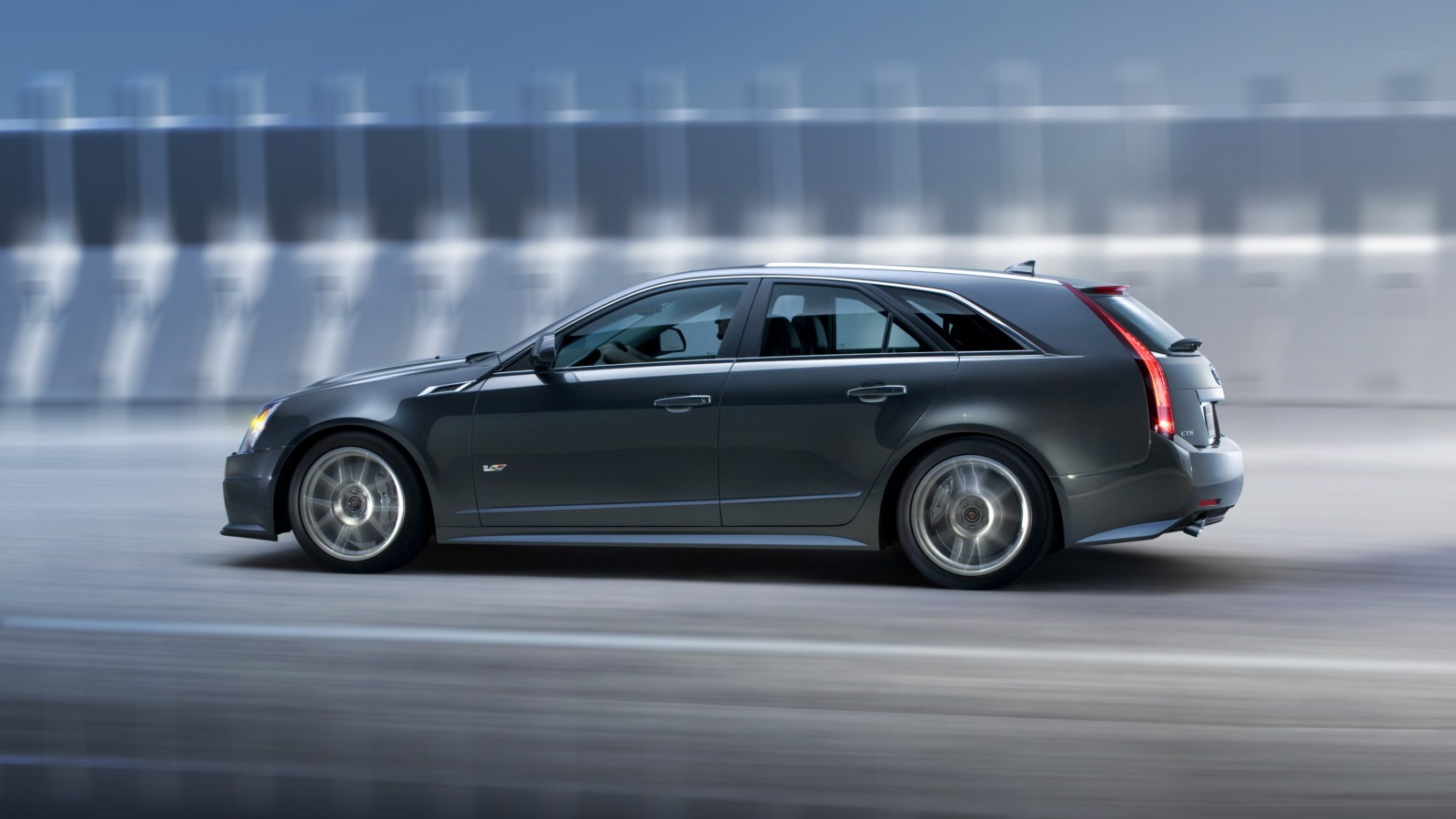 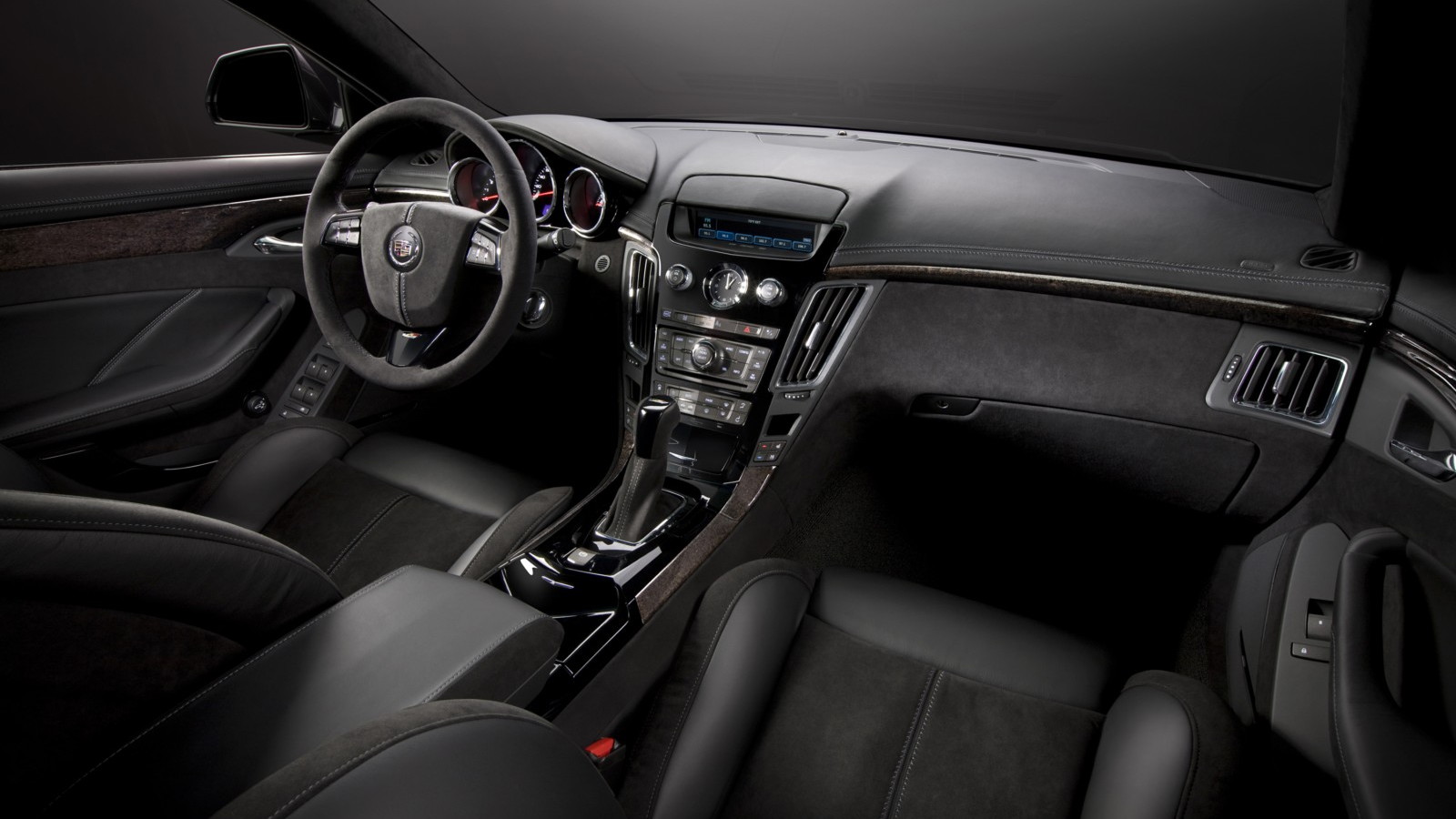 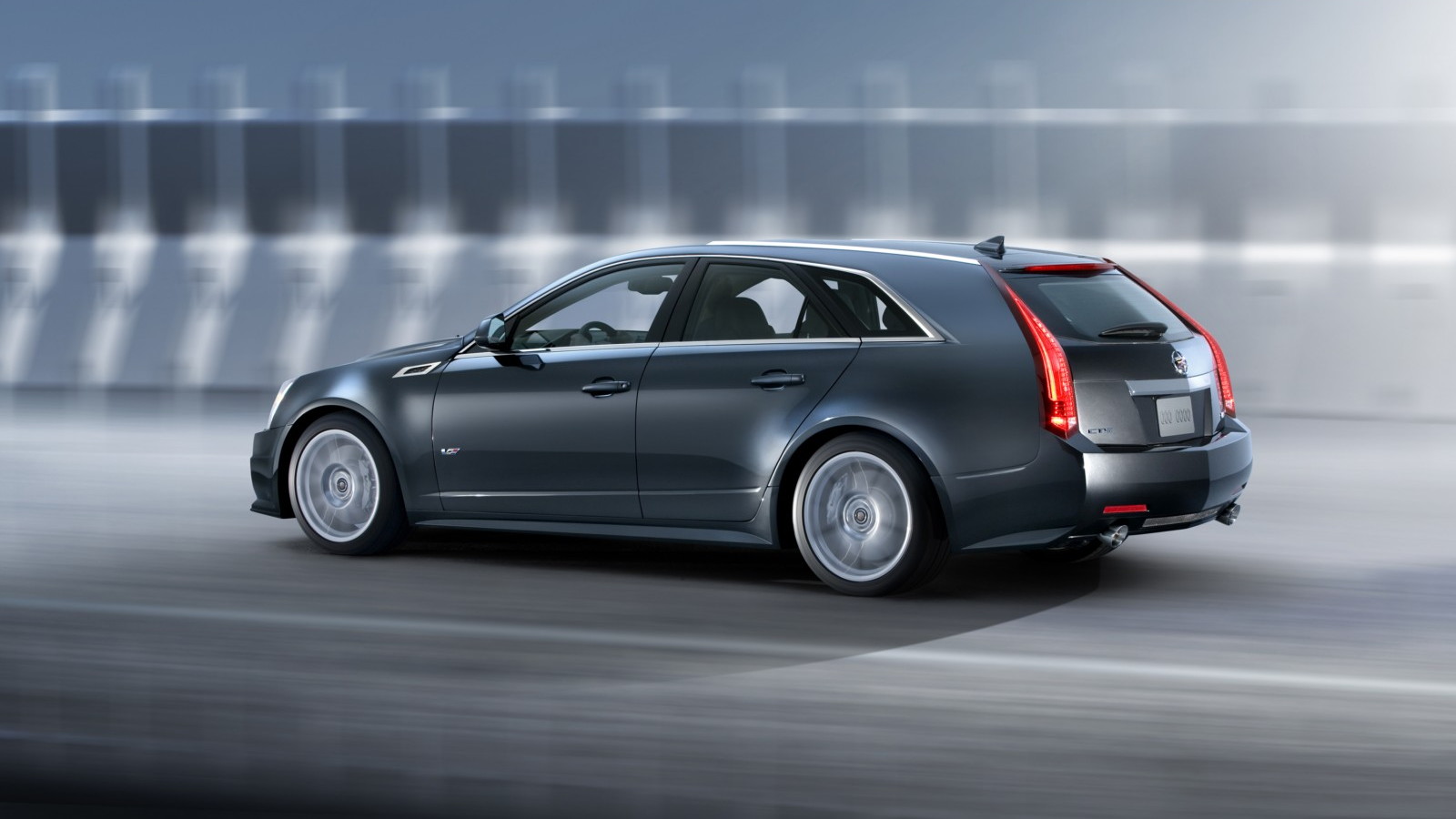 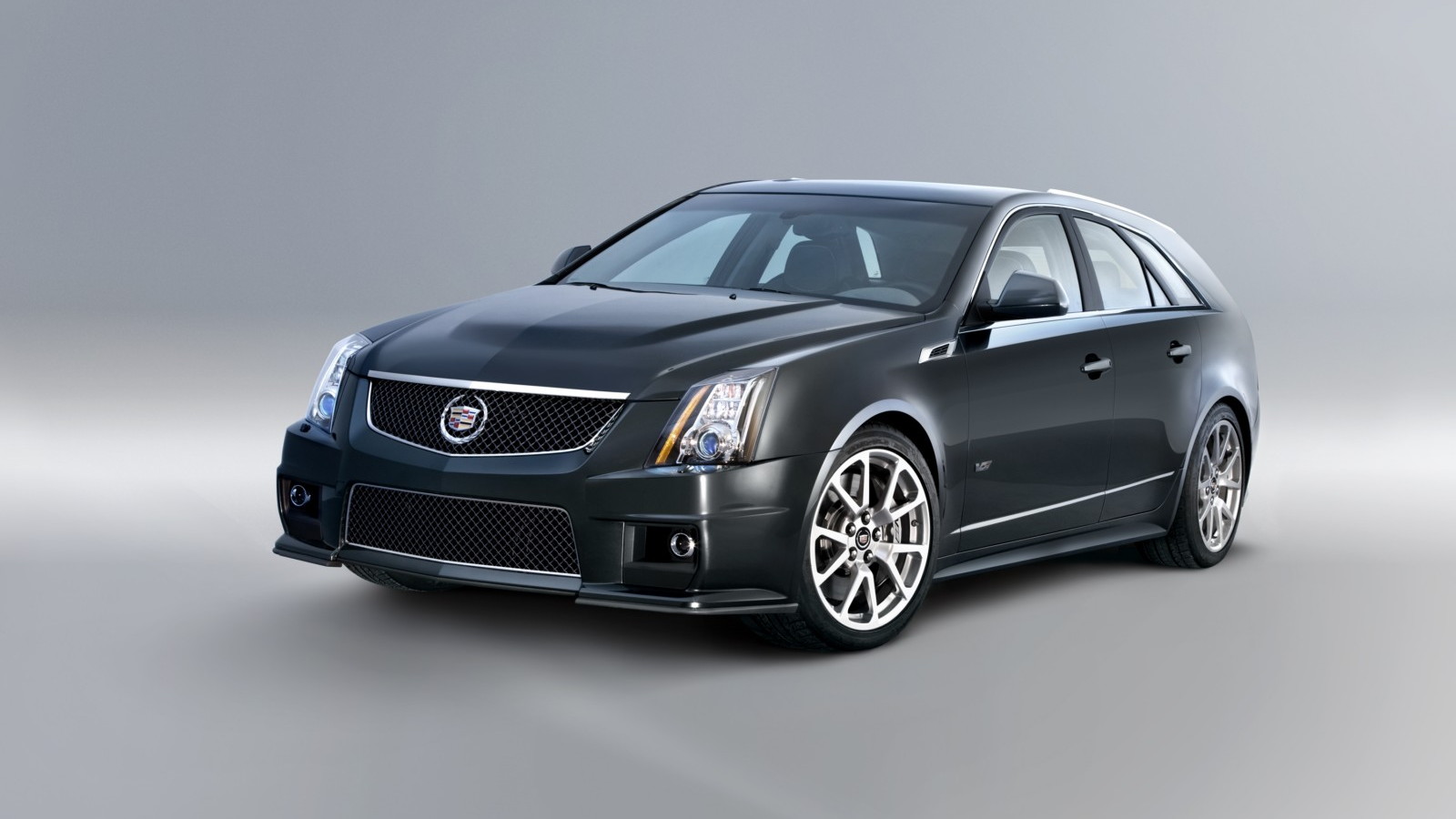 V is for vicious, virile, voracious--vroom. Or at least it is in the case of the CTS-V family of cars, grown one larger today with the unveiling of the Cadillac CTS-V Sport Wagon show car, which previews the 2011 CTS-V Sport Wagon due later this year, and will be on show this week at the 2010 New York Auto Show.

The CTS (non-V) Sport Wagon is a head-turner, and its V variant adds a definite note of aggression to the mix, in addition to a heady brew of supercharged power. The same 556-horsepower, 551-pound-feet 6.2-liter LSA V-8 engine that powers the CTS-V sedan and coupe lies under the hood, and can be paired with either a six-speed manual or six-speed auto--no watered down auto-only tourer here, though opting for the auto is no dent to performance, with the Performance Algorithm Shifting working the same magic it does in the CTS and CTS-V sedans. Magnetic ride control, dual-cast aluminum/iron Brembo brakes, Michelin Pilot Sport PS2 tires and forged aluminum wheels round out the no-joke performance equipment highlights.

The show car--not a concept, but not the production version, either--wears a coat of Midnight Silver, a color first shown by Cadillac on the Sixteen Concept. Its wheels are coated in Liquid Silver paint, and the mesh grille wears a black chrome finish. A unique rear-end treatment, including fascia, upper spoiler and upper brake light are also on the show car, and likely to make it through to the production vehicle. Inside, the car gets black leather and Alcantara throughout, with Sabele wood and microfiber cloth accents on the dash and door panels. Recaro seats, contrasting stitching, and Obsidian Black accents on the center stack round out the cabin's look. None of these color and trims are currently headed to production, but Cadillac says they are a "hint at the potential direction" for future models.

Comfort and entertainment options are also par for the Caddy course, with navigation, a Bose 5.1 sound system, Bluetooth phone integration, and a USB-enabled 40 GB hard drive-based infotainment system for music.

Production of the CTS-V Sport Wagon will start in late 2010, likely as a 2011 model, with the North American markets getting the first crack at the order lists. Europe and the Middle East will follow shortly after. Only limited quantities will be available initially, however, so if you can't wait a few months, you'd better get in good with your local dealer now.