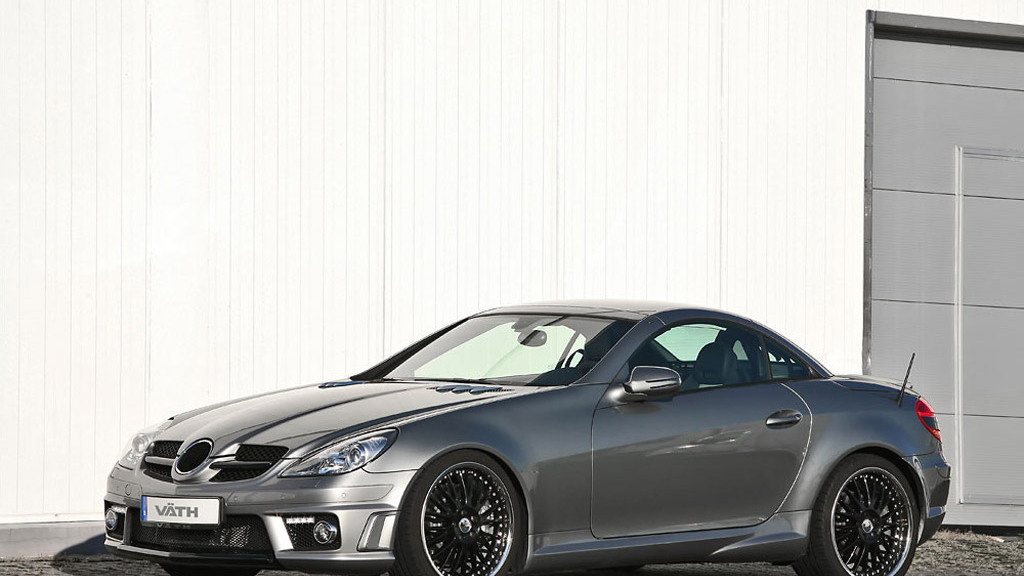 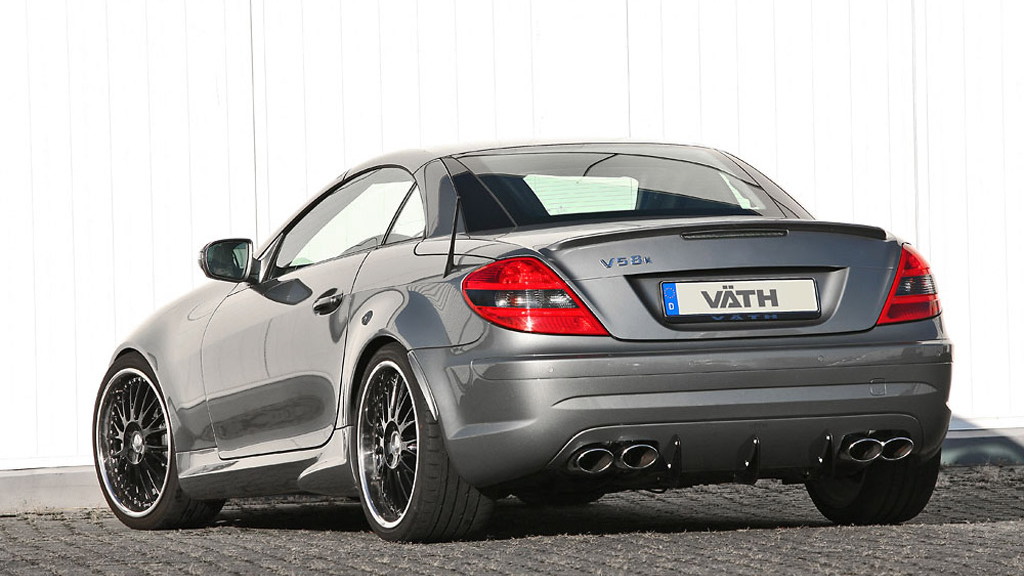 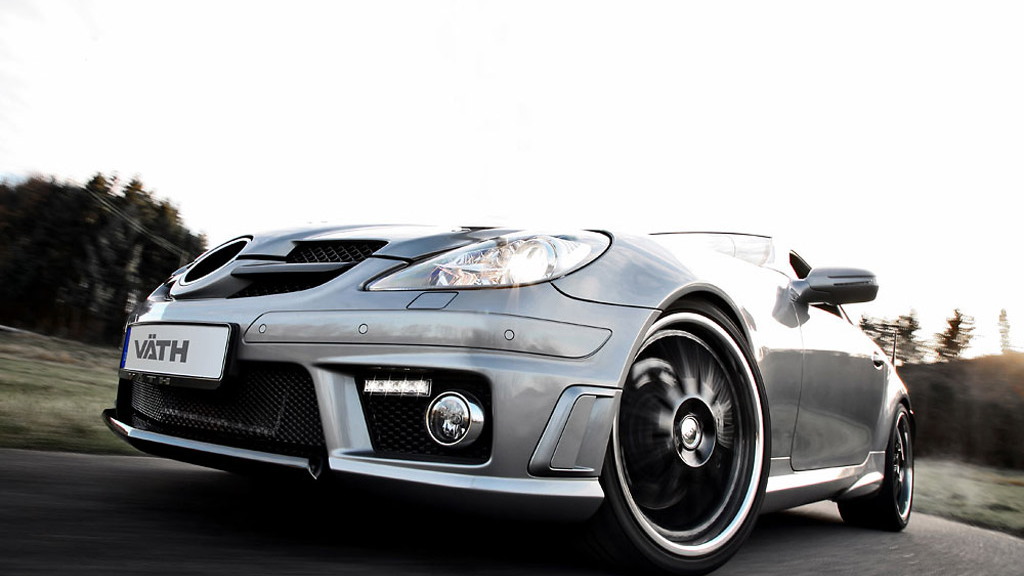 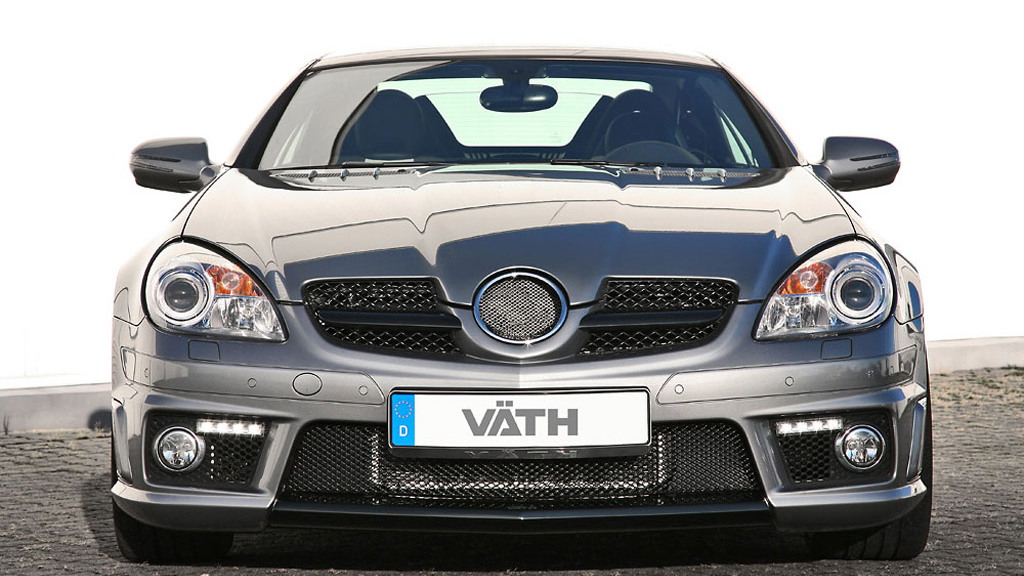 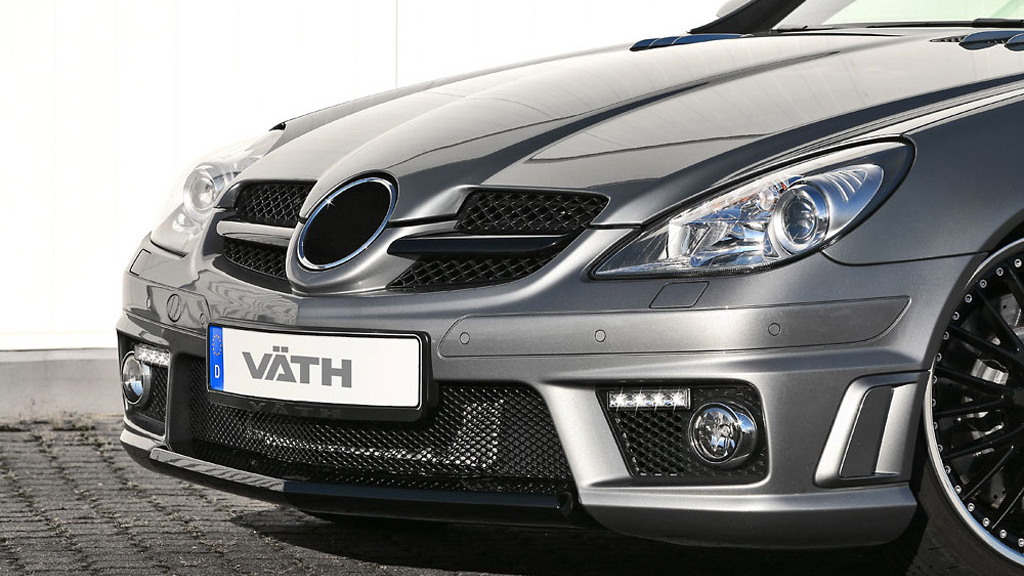 Tuner cars are often examples of the worst sort of overkill, but occasionally a car will sneak through with less-than-typical appearance modifications and a monstrously re-engineered heart. Such is the case with the Vath V58K, an extreme take on the SLK55 AMG.

The Germans at Vath decided that 5.5-liters and natural aspiration were simply inadequate, and so took displacement up to 5.8-liters and added a supercharger to boost output from the stock 360 horsepower to a thunderous 565 horsepower and turning torque up from 377 pound-feet to 569 pound-feet.

That's enough to push 0-60 mph times down into the 4 second range--just a tick behind the Porsche 911 Turbo Cabriolet. Top speed clocks in at 186 mph.

Of course, the V58K isn't without its tuner elements, getting a new aerodynamics kit including a carbon fiber front lip spoiler, and a new stainless steel sport exhaust. Larger 19 inch wheels wrapped in 235/35 and 265/30 rubber adorn each corner, helping boost grip to match the prodigious power of the Vath roadster.