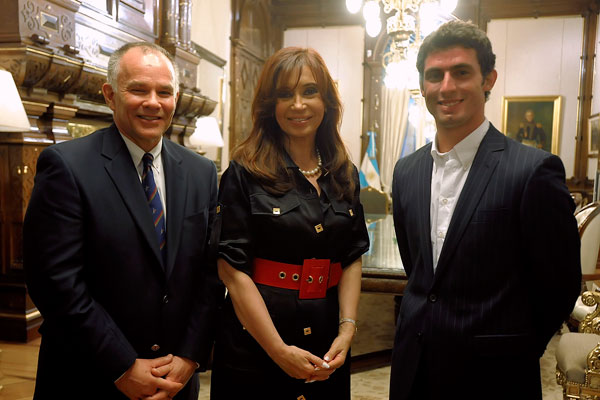 We've been keeping up with the development of the 2010 Formula 1 grid, as it's shaping up to be one of the most interesting in recent memory thanks to several new teams and the return of the famous Lotus and Cosworth names. So far it hasn't looked good for America's return to the grid with the USF1 team, and this week brings word that the jig is up--for this season at least.

USF1 has petitioned the FIA for a delay of the team's entry until 2011, as it won't be ready in time for this season, reports SPEEDtv. The news has been confirmed by the FIA, according to GMM, and the request to extend the entry to 2011 has also been rejected. GMM reports Ken Anderson, one of USF1's team principals, told BBC Sport that "we [USF1] are done" if the request to delay is denied.

USF1's absence, along with a likely absence by Campos Meta leaves Stefan GP seeking one of the two vacant spots. If the Serbian team makes it onto the grid, it would make for a 12-team season; without it, just 11 teams will start the year.

Reports that YouTube founder and USF1 principal Chad Hurley has deserted the team and possibly F1 altogether, are false, according to SPEEDtv, with Hurley and Anderson both reportedly willing to post a seven-figure bond to secure their spot for next year. Peter Windsor, one of the driving forces behind USF1's birth, is rumored to have left the team, however.

We'll keep you posted on the latest breaking developments.