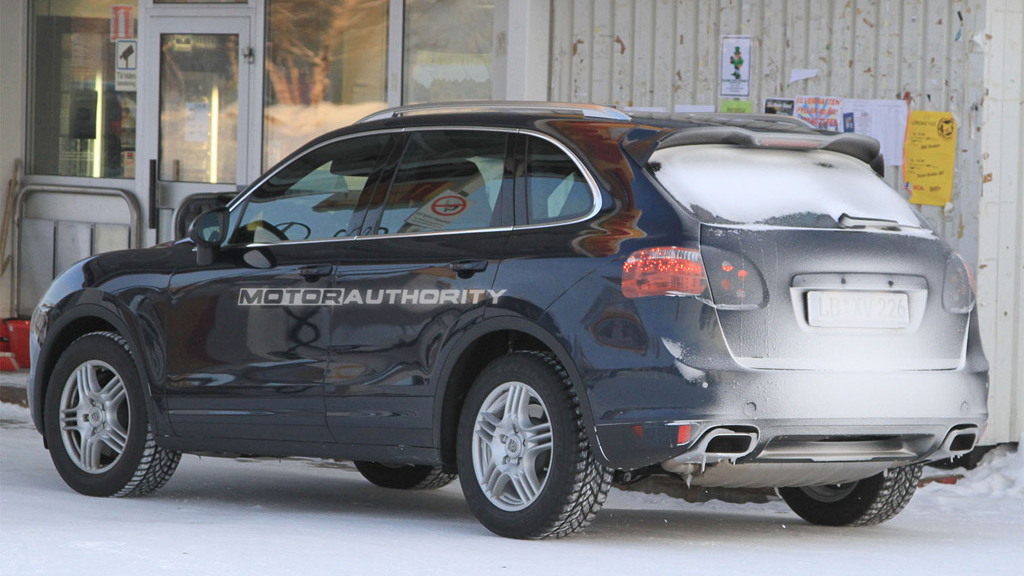 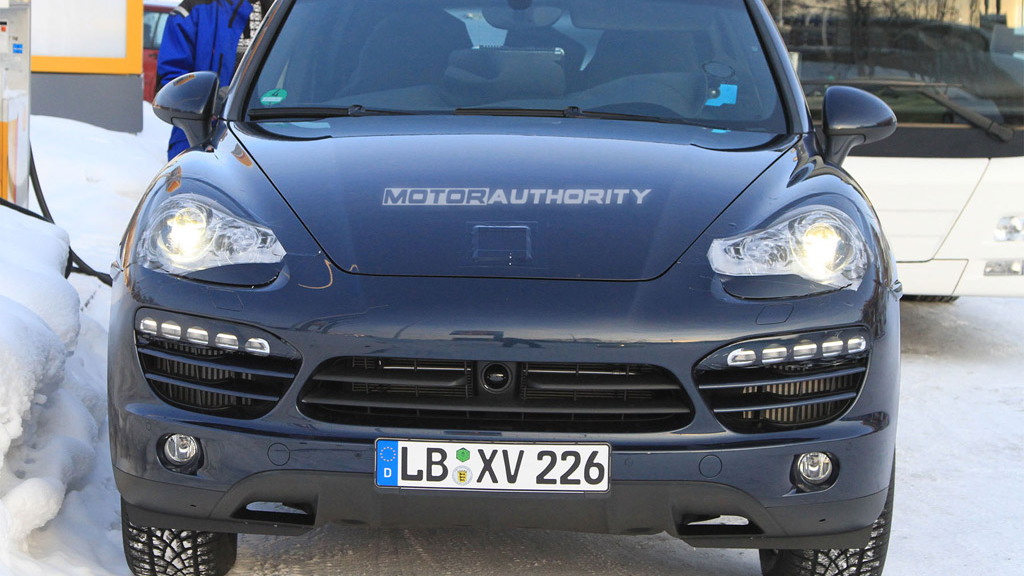 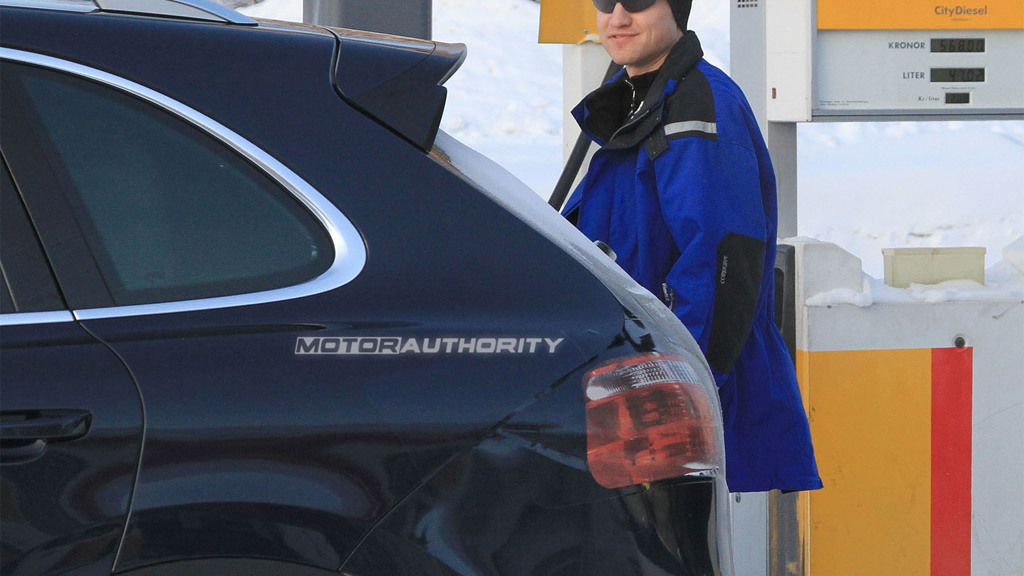 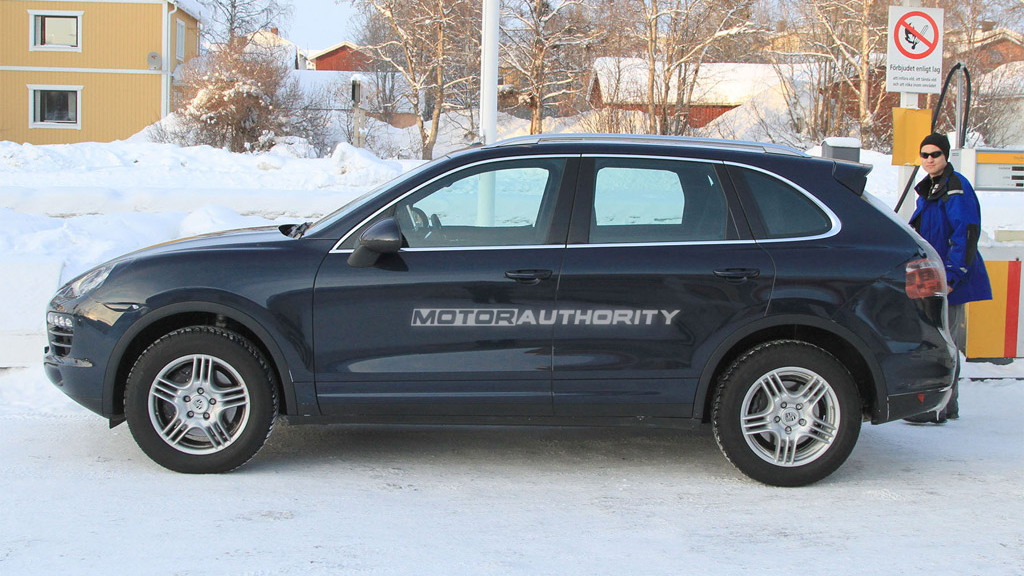 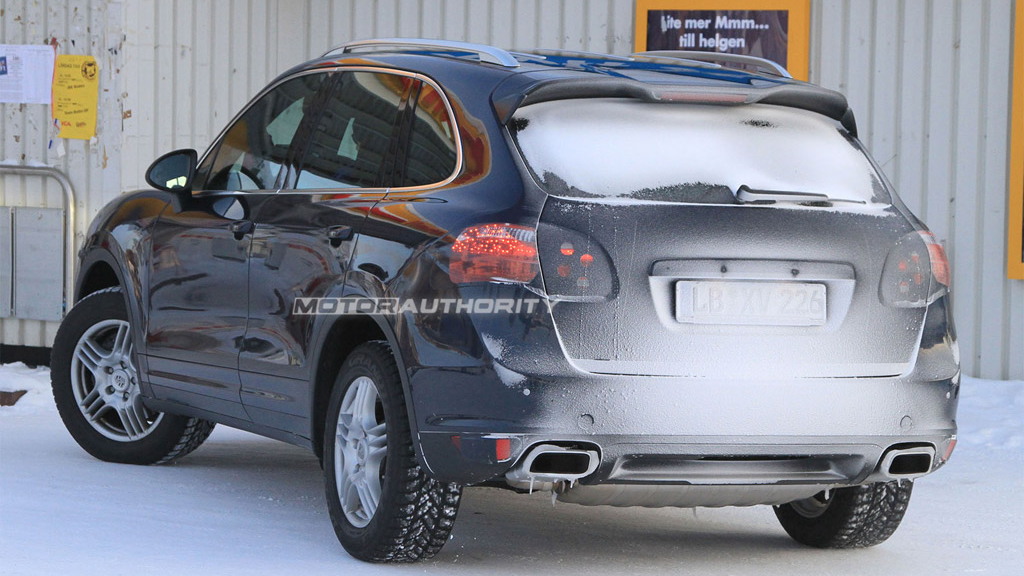 We have a fairly good idea of what the new 2011 Porsche Cayenne look likes, thanks to a couple of official leaks and some revealing spy shots, but in less than two weeks all will finally be revealed as the new SUV makes its debut at the 2010 Geneva Motor Show.

Two more models will eventually join the lineup: the Cayenne S Hybrid, which packs a supercharged 3.0-liter V-6 and electric motor for a combined output of 375 horsepower, and the new Cayenne Diesel.

This latter model has been seen testing for the first time, captured here by spy photographers whilst being filled up with diesel fuel near a test location in Northern Europe. The new 2011 Porsche Cayenne Diesel will pack the same 240 horsepower 3.0-liter V-6 turbodiesel engine found in the current model but will tuned slightly to produce fewer emissions.

Sadly, neither the Cayenne Diesel nor Cayenne S Hybrid will be arriving in the U.S. anytime soon.