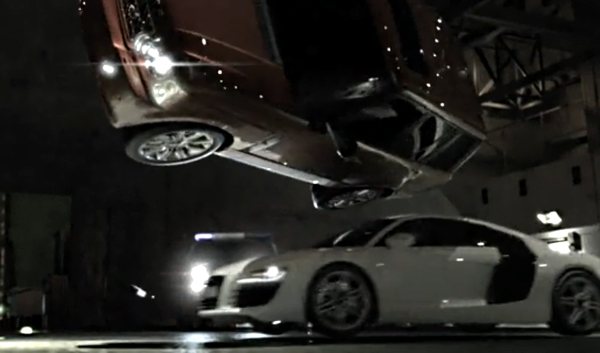 We're always up for a great chase scene, and this one is right up there with some of the best from one of our all-time favorite chase-laden movies: Ronin. Produced entirely in CG by new motion graphics company Mothership, this video shows an Audi R8 and Range Rover Sport on the run from an army of angry police.

Far from the typical computer-generated chase scene, this one looks nearly photo-realistic, complete with closeups of the drivers' footwork, rich environments, and as suits the genre, heroically impossible stunts.

But enough chatter! Watch the video and see for yourself. A great break on a humpday afternoon. Thanks to Ryan O'Keefe for the tip!

[via The Auto Insider]
Chase from Mothership on Vimeo.