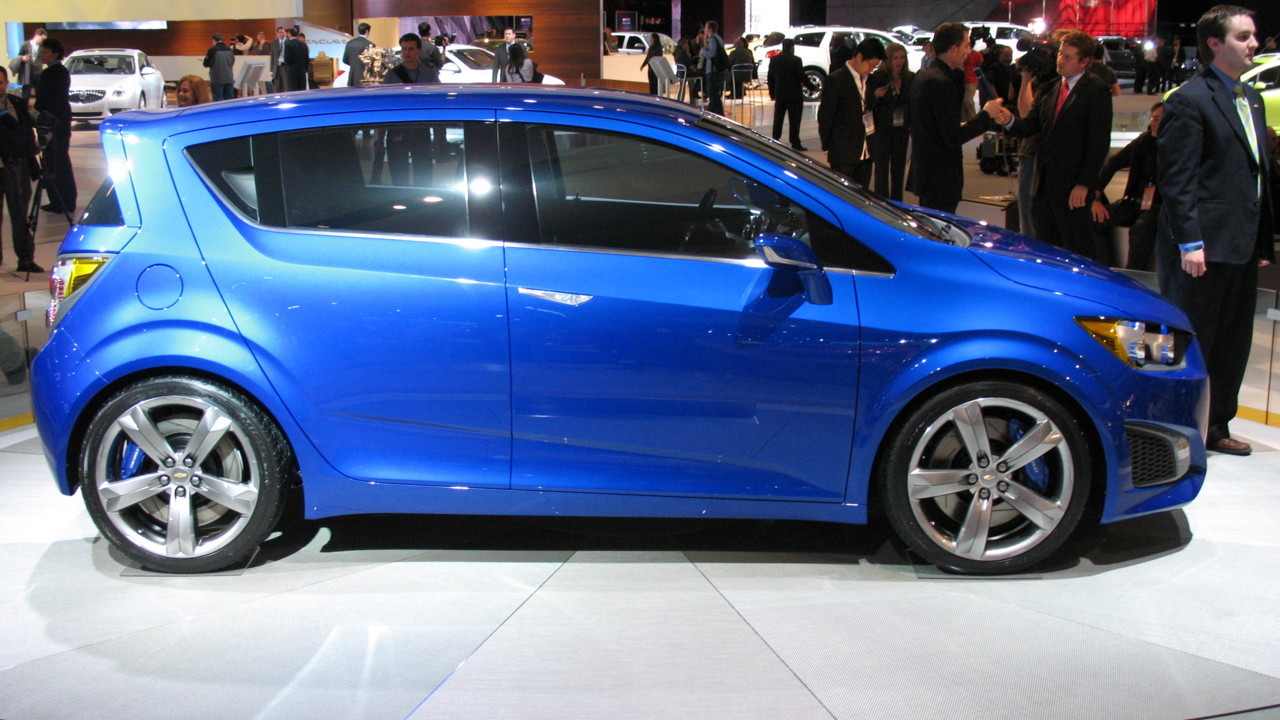 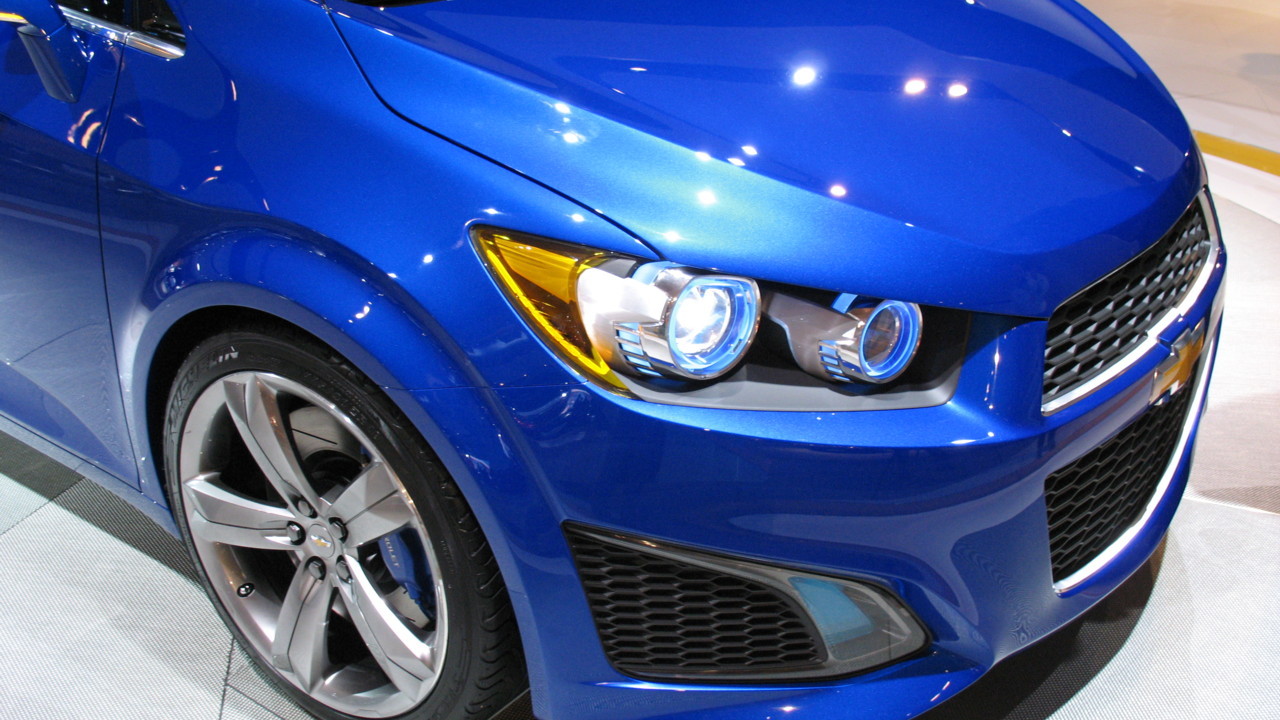 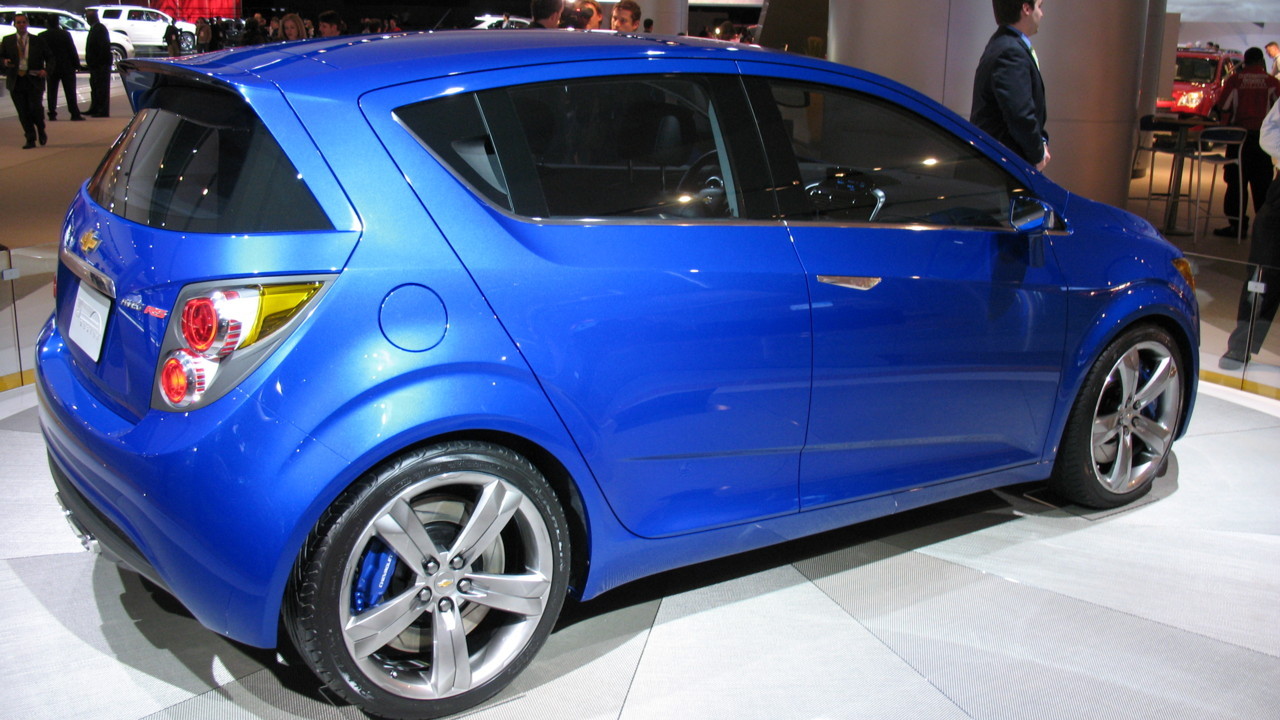 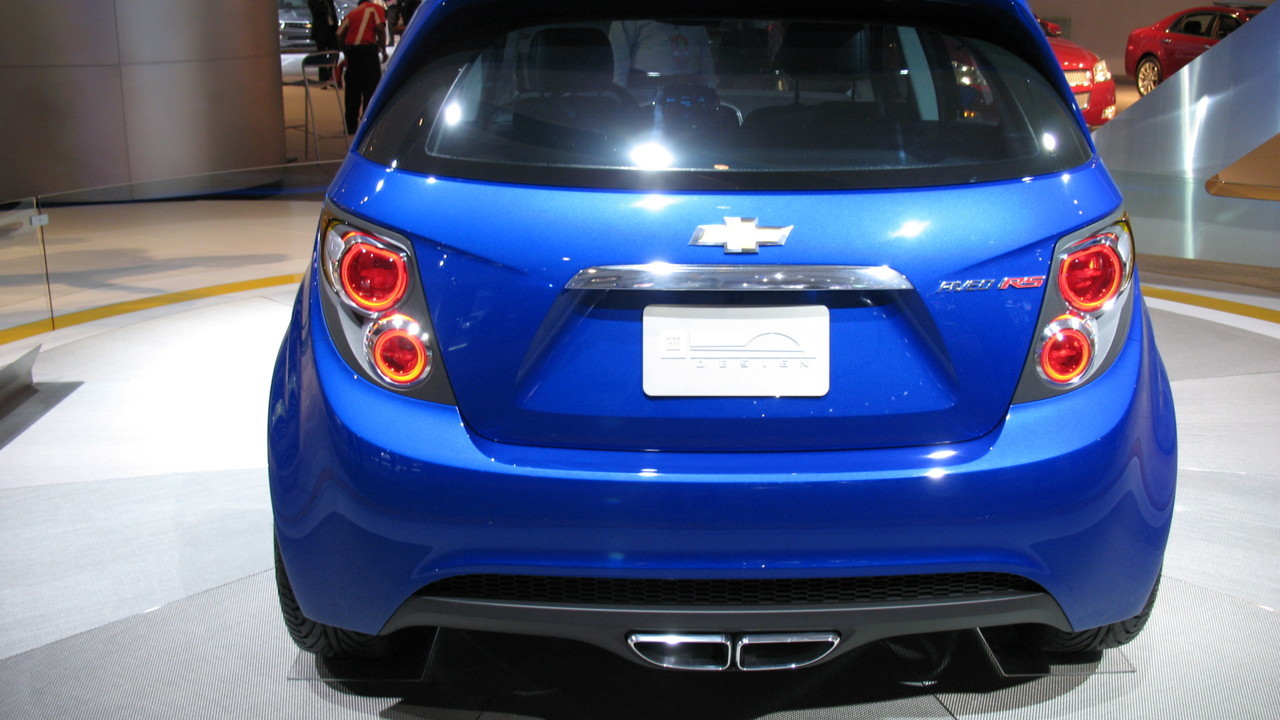 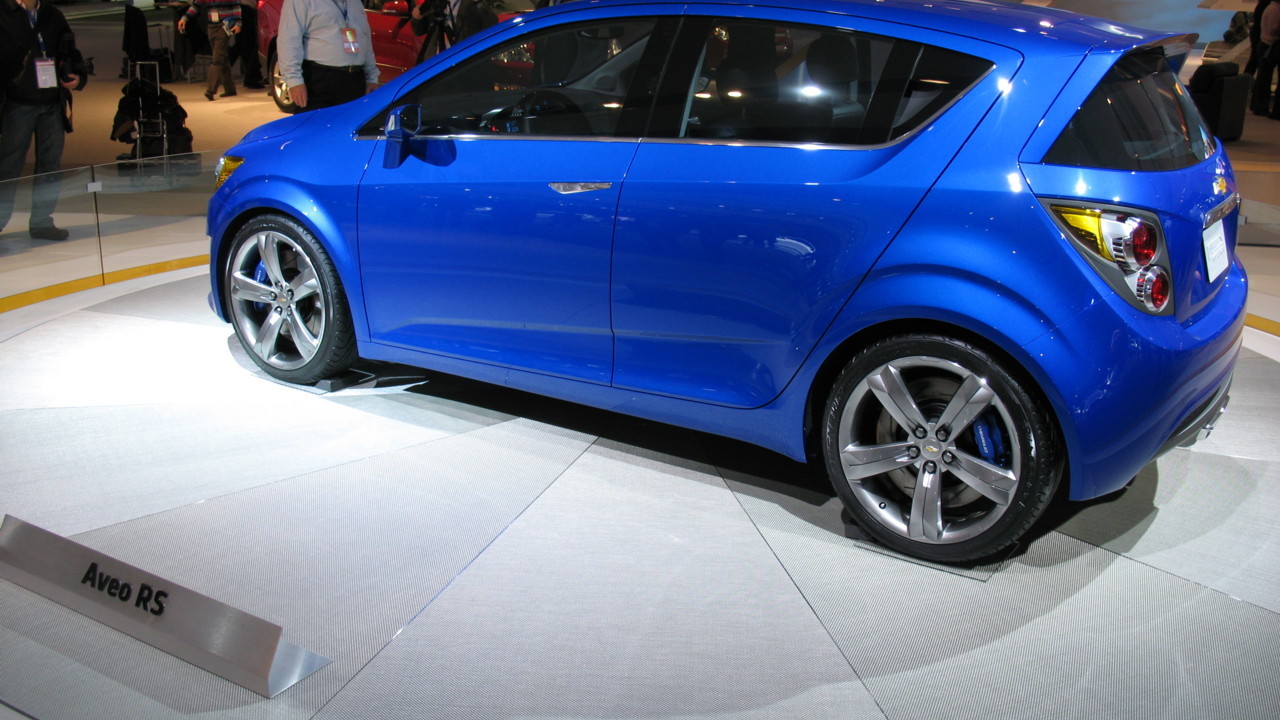 Proving that you can pack a whole lot of style into a little package, the sporty new 2011 Chevrolet Aveo RS made its debut this week at the 2010 Detroit Auto Show. The live gallery gives us an up-close look at the car that previews the more ordinary 2011 Chevrolet Aveo.

With a very aggressive body kit, 19-inch wheels and a rakish profile, you'd expect the Aveo RS to have some heat under the hood, and it delivers--sort of. The 1.4-liter turbocharged four-cylinder won't set any new horsepower benchmarks, but its 138-horsepower output is sure to feel lively in the little car thanks to the turbo and six-speed manual gearbox.

The Aveo RS isn't yet scheduled for production, but it can't be ruled out completely yet. The standard 2011 Chevrolet Aveo enters production in GM's Orion Township plant later this year.

Check out the full story on the 2011 Chevrolet Aveo RS Concept here.