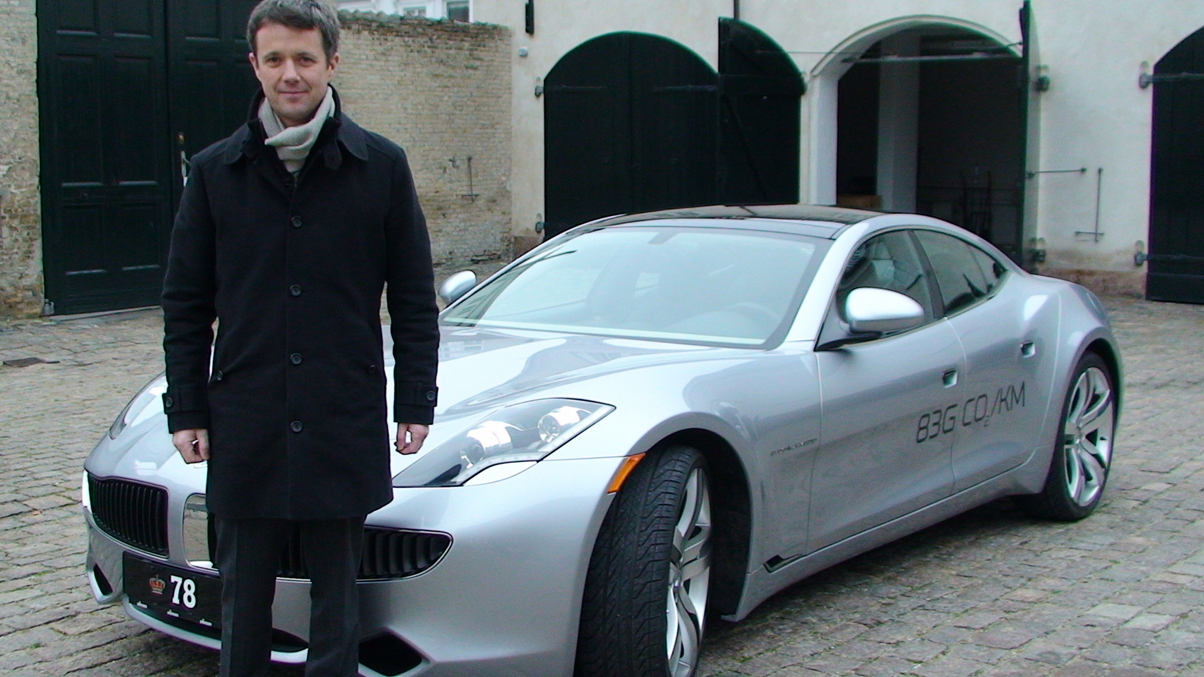 In a move that'd make the Volt's first-drive team proud, Denmark's Crown Prince HRH Fredrik is the first outsider to drive the 2010 Fisker Karma series plug-in hybrid. The objectivity level is likely to be low, as Fredrik is the crown prince of the country hosting the COP15 UN Climate Conference. Fortunately for the motoring press, there should be plenty of time for pre-release first drives, as production was recently pushed back until Q3 2010.

The drive will take place tomorrow at 5 pm following the Hopenhagen event in Copenhagen. The drive will consist of in-town driving from Raadhuspladsen to the Bella Center. While the Karma is rated at 0-60 mph in under six seconds and a top speed of 125 mph thanks to its pair of 201-horsepower electric motors, the 50-mile range is supplemented by a gasoline four-cylinder engine, much like the layout of the upcoming 2011 Chevrolet Volt.

Since it's an in-town run from one political event to another, it's unlikely that the Fisker will see any performance testing at the hands of the prince, but for those that would like to see the Karma in action, we have footage of the public driving debut at Laguna Seca here. The sedate cruise through the streets of Copenhagen is sure to be a prime photo-opp, however, especially for the European press.

Fisker says the Karma is good for just 83 g/km of CO2 emissions and a fuel efficiency rating of 98 mpg, though with 50 miles of pure electric range, it should be effectively zero-tailpipe-emissions for trips inside that radius.

We'll keep you up-to-date on the latest with the Fisker drive event tomorrow and hopefully we'll have our own drive report soon.