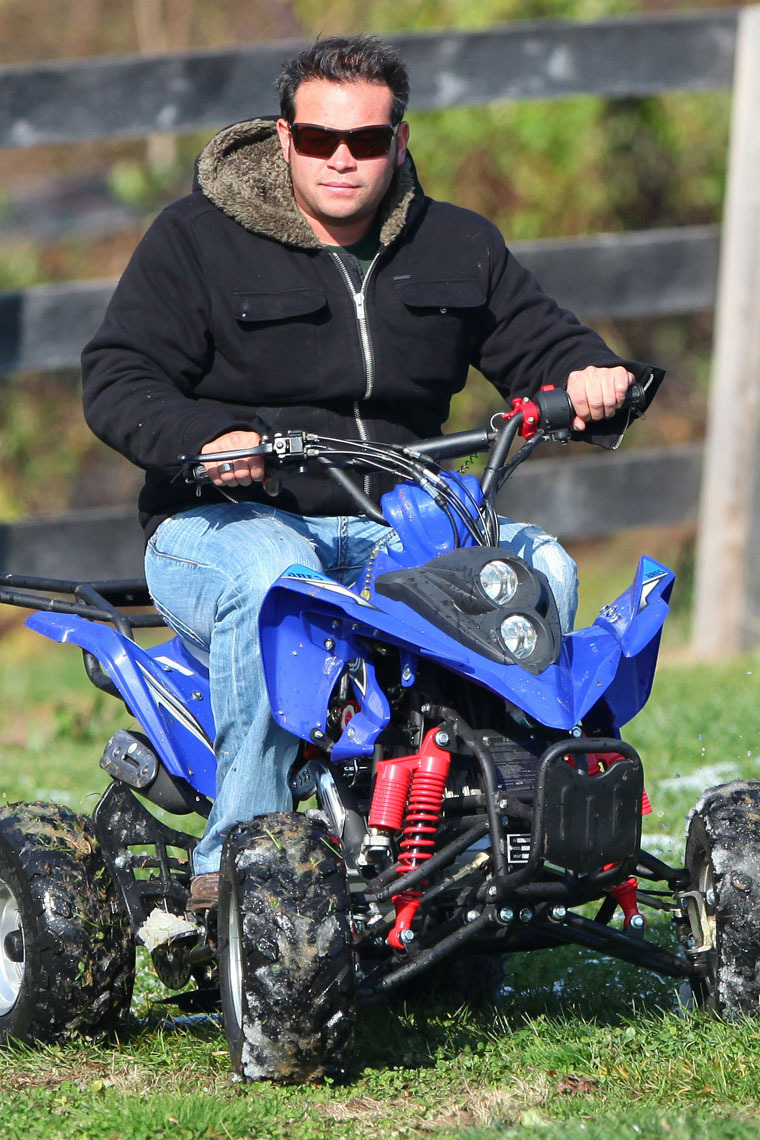 On the one hand, Jon Gosselin is a complete douchebag who's been kicked to the curb by his equally douchebaggy former wife (aka "Clown Car Kate"). Dude is such turnoff that TLC filed a gag order to keep him from speaking to the media. (TLC claims that Gosselin's famewhorishness, combined with his famewhoring arm-bimbos, were making Jon and Kate plus Eight appear less classy. The mind reels.)

On the other hand, at least dude isn't waiting for all those schmucks to drive him over the edge. He's chosen to do the job himself on a crapped-out Walmartian four-wheeler.

Jon, if you're listening, here's a thought: you and Michael Lohan would make a totally cute couple. And you'd be doing a great service through sodomy, sparing the world from new Gosselin/Lohan offspring. That spells WIN-WIN.