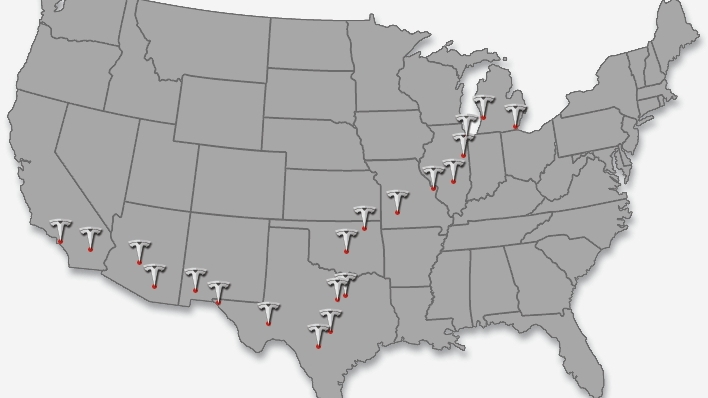 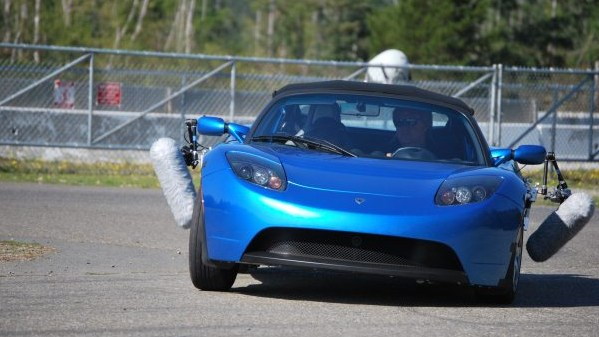 The 2010 North American International Auto Show (NAIAS) is fast approaching, and Tesla has decided to make half of spectacle of the show just getting there. Enlisting 16 employees to drive the all-electric Roadster 2,700 miles from Los Angeles to Detroit, the company hopes to show their Roadster is more than a plaything for wealthy environmentalists.

With just two seats and minimal comfort features, the Tesla Roadster might not seem like the ideal GT car, and it's probably not, but it will be a definite step toward real-world proof of the car's utility. Managing 2,700 miles on the open road will be a challenge, however, with the car's roughly 200-mile range.

That equates to about 14 full charges along the way, so the Tesla team will have to plan their route carefully, and as you can see from the map above, they've pretty much avoided the big, empty square states that lie on a more direct route, opting instead for the more heavily-populated southern route. That's also not a bad choice given the weather this time of year.

It'll be an interesting process to watch, and Tesla's planning to document the trip all along the way via Facebook and Twitter. You can get in on your own Tesla Roadster action, too, by writing for High Gear Media. Check out the details below!

High Gear Media has partnered with Tesla Motors on a new writing contest where YOU can win a tour and road test of the 2010 Tesla Roadster Sport. You can submit as many articles as you like and enter multiple times.  Enter now!