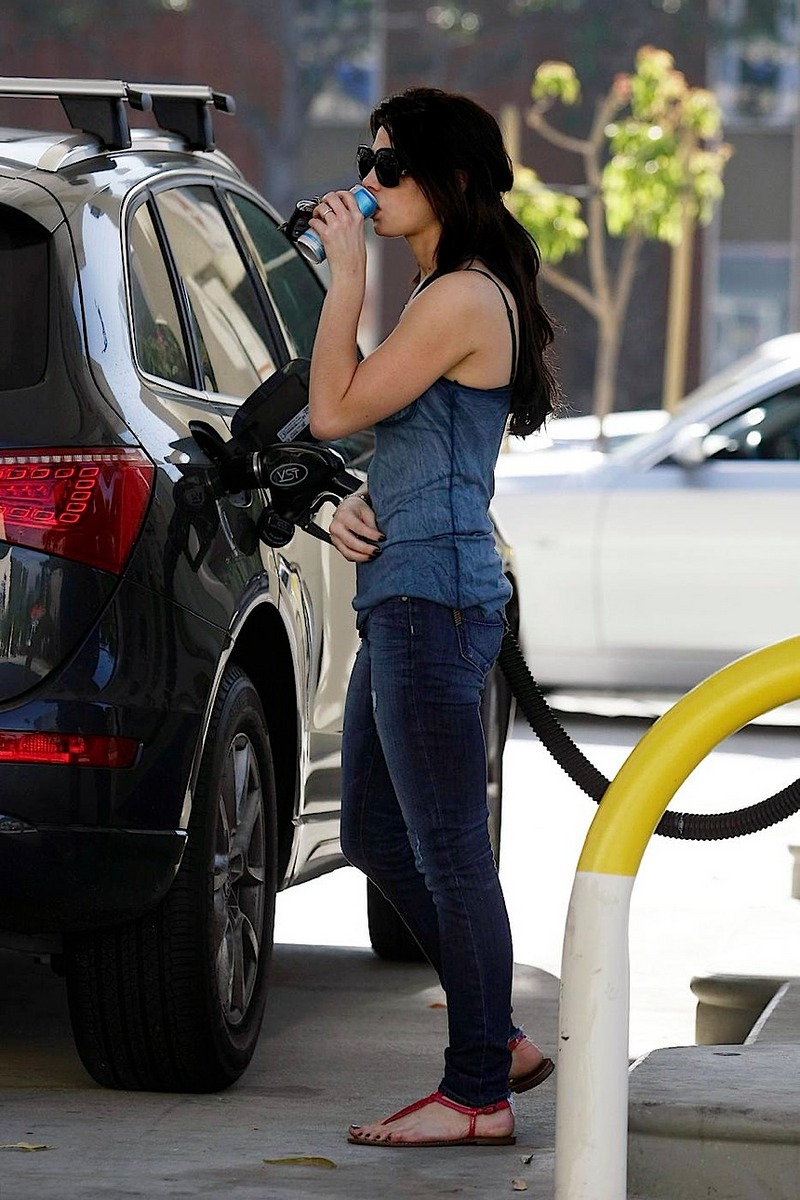 Okay, Miss Ashley Green, this is an occasion of strangeness: three days after we saw Orlando Bloom out and about in his Audi Q7, here you are standing tankside, filling up an Audi Q5. You are also sipping a Diet Red Bull, which is largely irrelevant, except for the fact that (a) you're getting a fill-up, too (HAR!) and (b) that crap tastes like shit. But then, to judge by your expression, you already know that.

Anyway: the Audi Q5.... An interesting choice, Ms. Greene. On the one hand, we're slightly surprised to see such a svelte starlet as you motoring around in a vehicle as family-sized as this; it screams "One bun in the oven, one pre-registered at Deerfield". On the other hand, you've got got ski racks, which is a totes hot feature your peers can't pull off with their Mercedes-Benz SLs. We'll avoid the obvious "Nice rack!" cracks that any Maxim reader could fire off and simply note for the record that we love outdoorsy types.

Anyway, before you jet off to yet another New Moon premiere, we have one wee question: how often do people ask you (and your Q5) to help them move? And a follow-up question: do you ever say yes? Because we've just found this awesome loft space out in Silverlake....