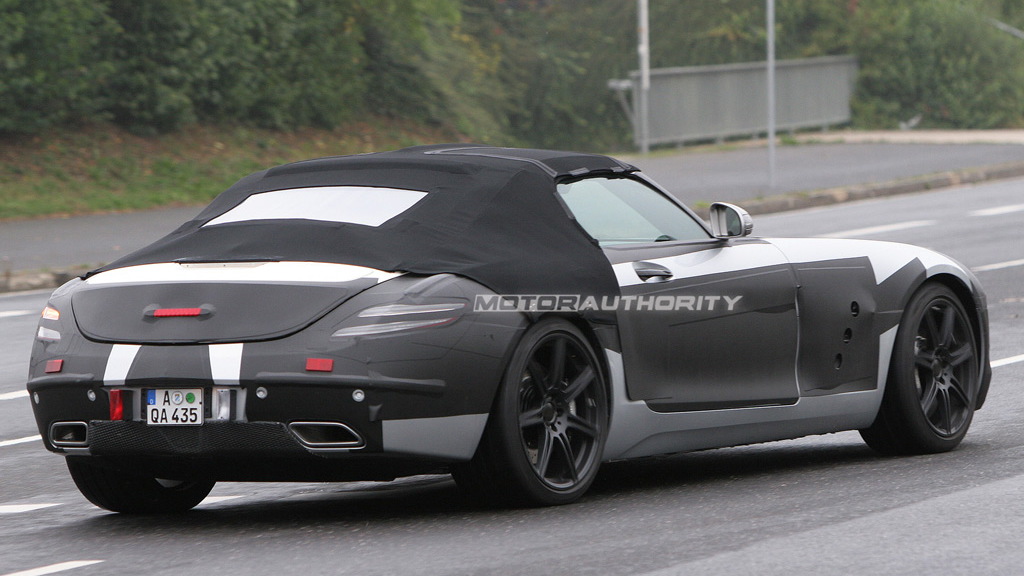 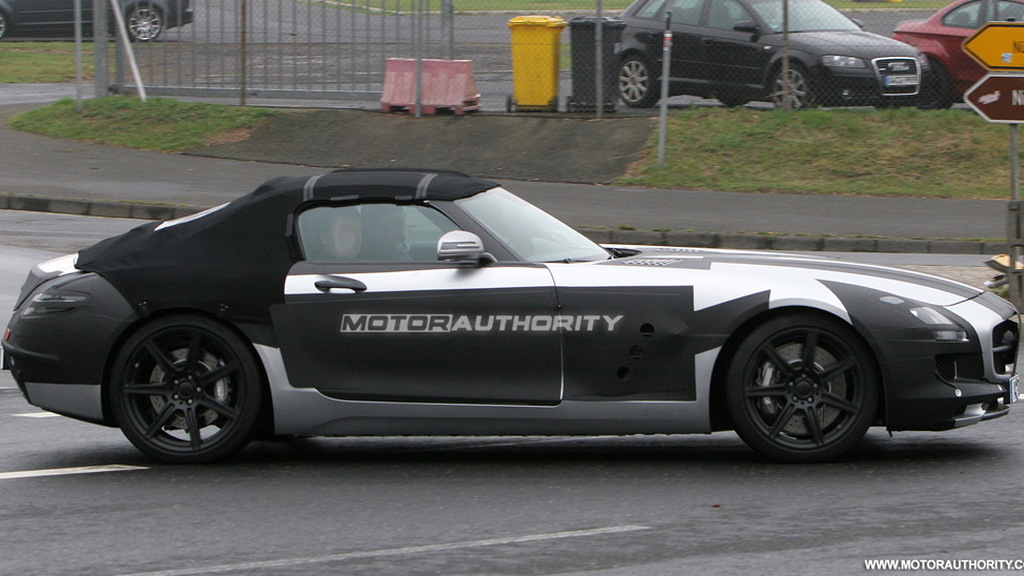 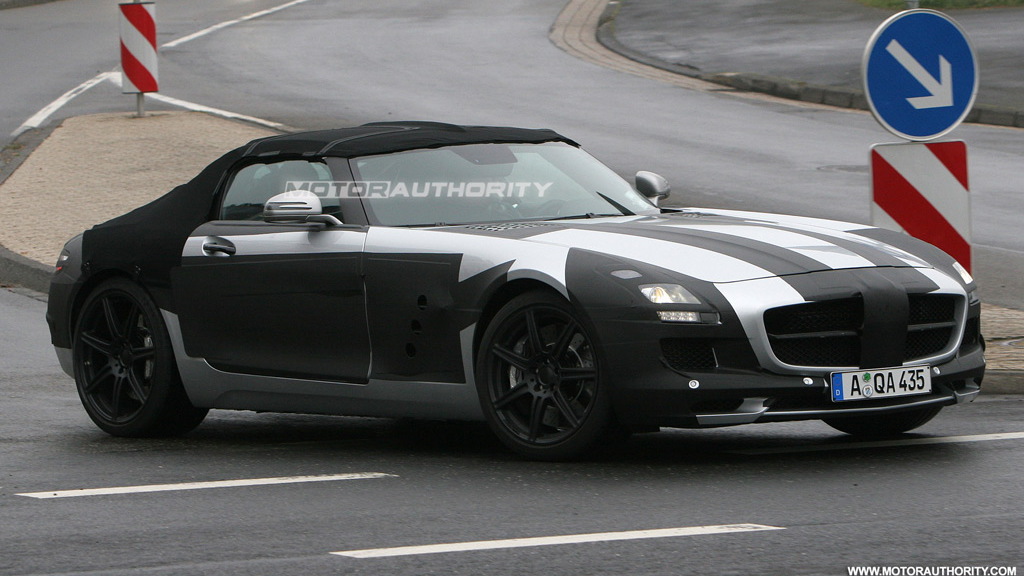 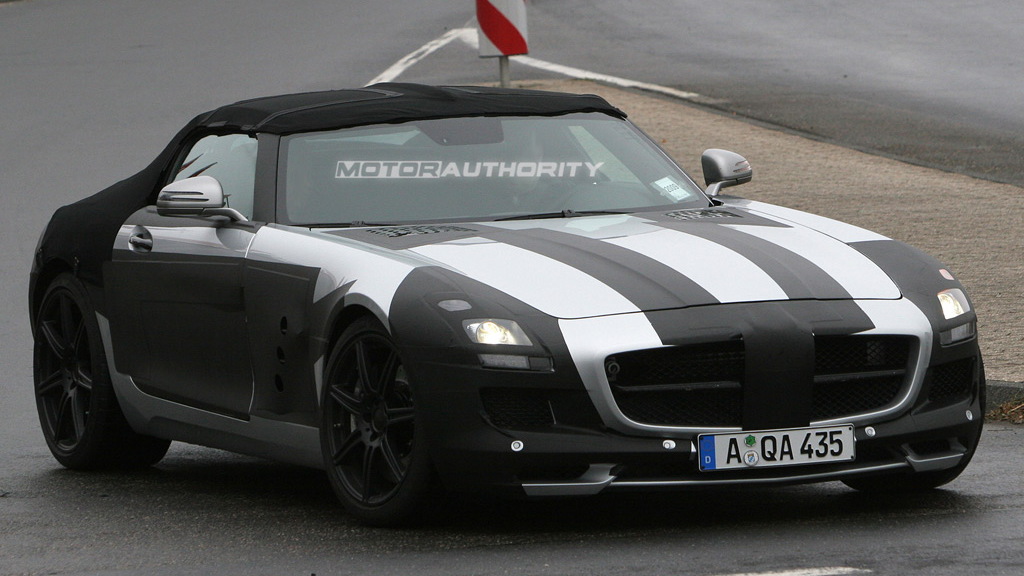 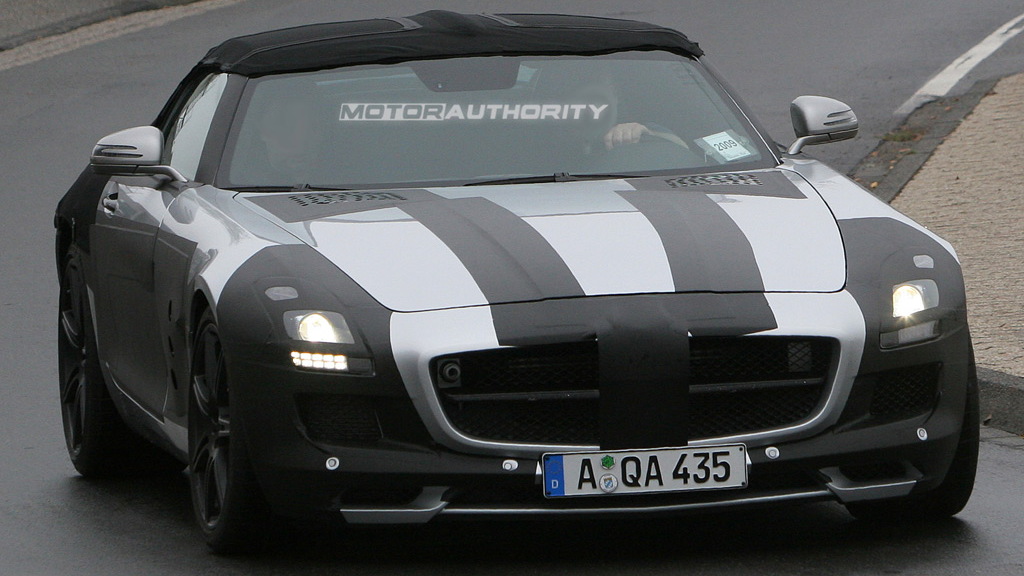 While there’s no official word yet from the automaker, it’s expected that a SLS AMG Roadster should surface sometime around late 2011 as a 2012 model. This would put it on a timeline to debut around a year after its tin-top Gullwing brother enters the market in 2010--a period that matches the amount of time it took for the SLS AMG’s predecessor, the Mercedes-McLaren SLR, to get its own roadster variant.

Speculation is rife as to whether the new model will be a folding hard-top, à la the current SL convertible, but a soft-top variant like the SLR Roadster is more likely as recent spy shots of the SLS AMG Roadster reveal. This will allow the car to be as light as possible, keeping it nimble around corners and quick on the straights.

Under the hood, the engine lineup will almost certainly remain consistent between the Roadster and the hard-top. Power will come from a revised version of AMG’s now-familiar 6.2-liter V-8 mated to an all-new 7-speed dual-clutch transmission mounted on the rear axle. Peak output will stand at 571 horsepower and 479 pound-feet of torque.

The starting price in Germany is set at €177,310 (approximately $257,232) for the Gullwing Coupe--expect a slight premium for the Roadster. About two years after the release of the SLS AMG Roadster, Mercedes-Benz will also add an all-electric version of the car, which you can read about by clicking here.