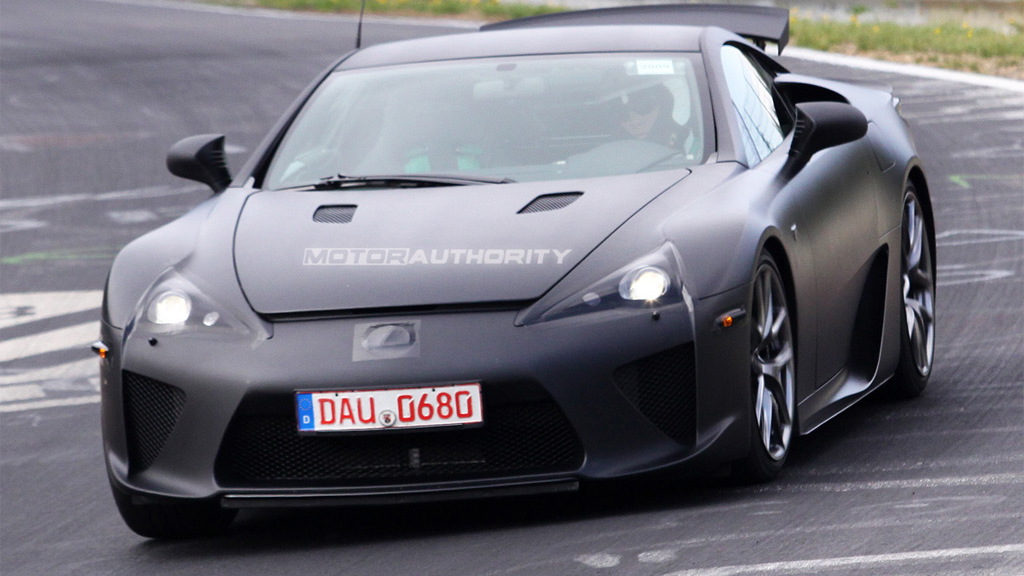 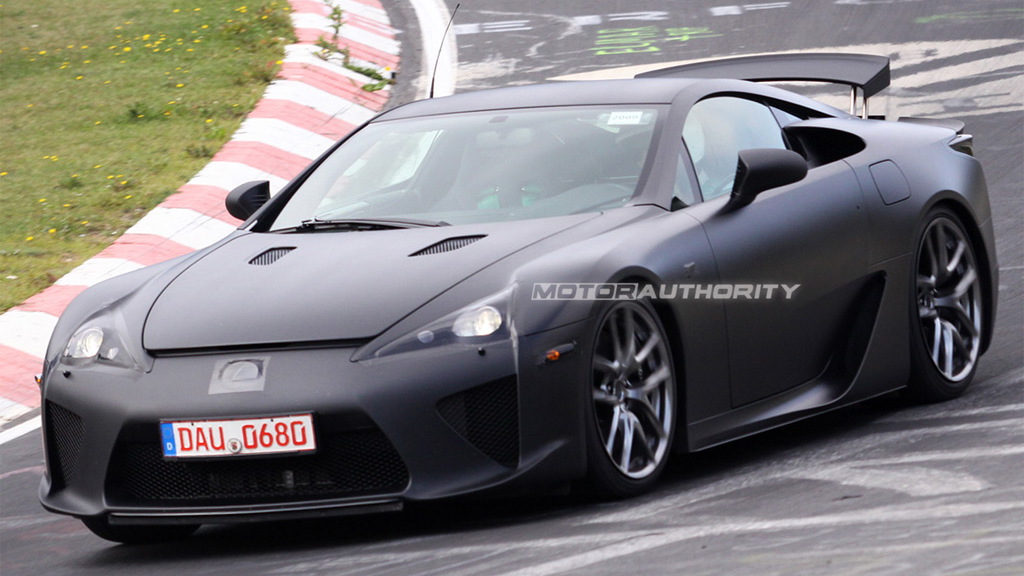 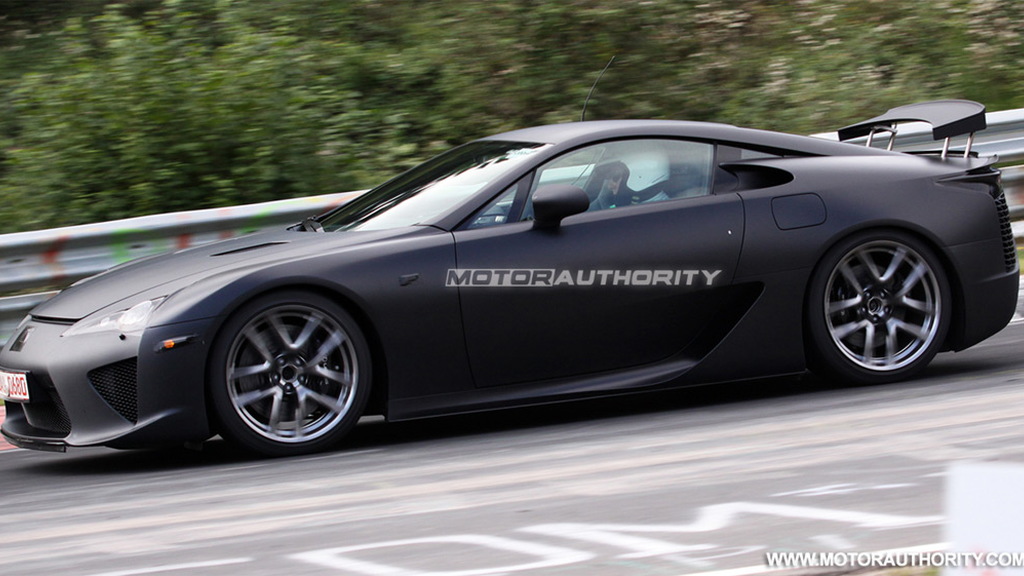 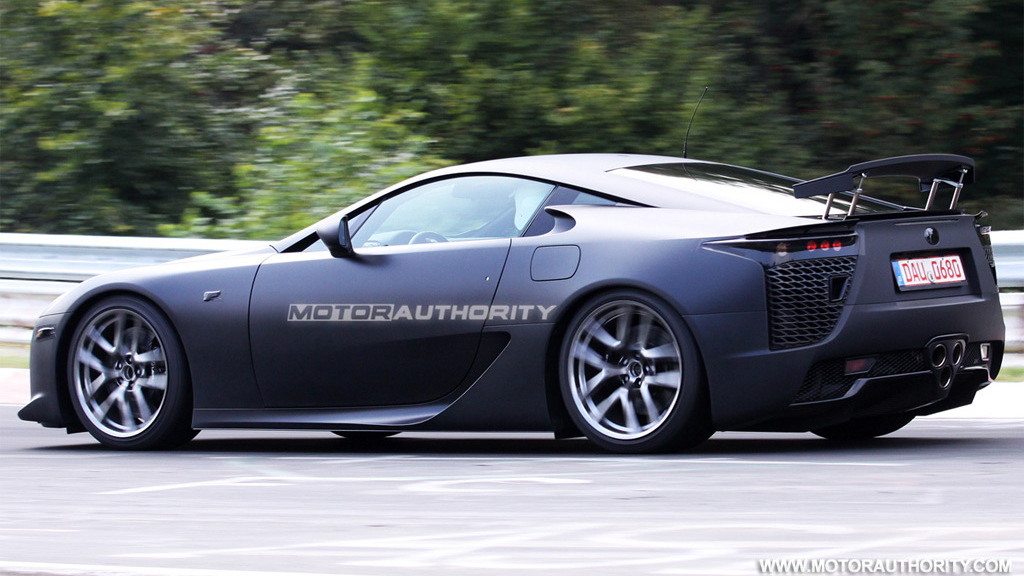 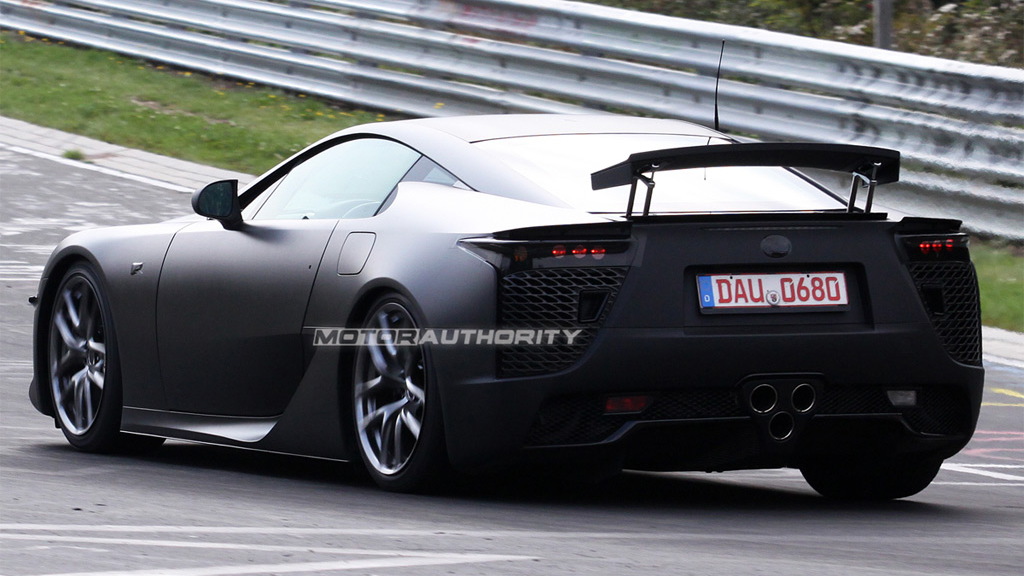 The supercar that almost wasn’t, and still might not be, the 2011 Lexus LF-A, was recently spotted again in prototype form ahead of a rumored debut at next month's 2009 Tokyo Auto Show.

The LF-A has been spotted testing on a number of occasions, so it's well past the 'pure concept' stage, but its production future still remains murky at best. The Japanese company's investment in the LF-A earlier this year at the Milan Fashion Week, however, lends credence to the idea that it is in fact going to be built, and the continuous stream of prototypes tracking the 'Ring go a step further.

The LF-A's powertrain has previously been speculated as a 5.0-liter V-10 engine rated at over 500 horsepower, and the latest report says it will be over 550 horsepower and capable of a top speed of 218 mph. Limited production is also the name of the game, with only about 500 units expected unless demand proves high enough to support more, though it will cost more than $200,000. Worse still, only 350 of them will be made in left-hand-drive for worldwide consumption.

A hybrid variant should also be available, but it’s unknown how much power this version will have or what affect the heavy batteries and extra motor will have on handling and weight - or if the hybrid system will be anything more than badging and lip-service to the concept. The car's front mid-engine placement, along with a rear-mounted transaxle and rear-mounted radiators, should allow for excellent weight distribution, however. Lexus has previously billed the concept version of the car as having a top speed in excess of 200mph, and we have no reason to doubt the production version will reach its sales targets if sold unrestricted--whatever the state of the global economy.