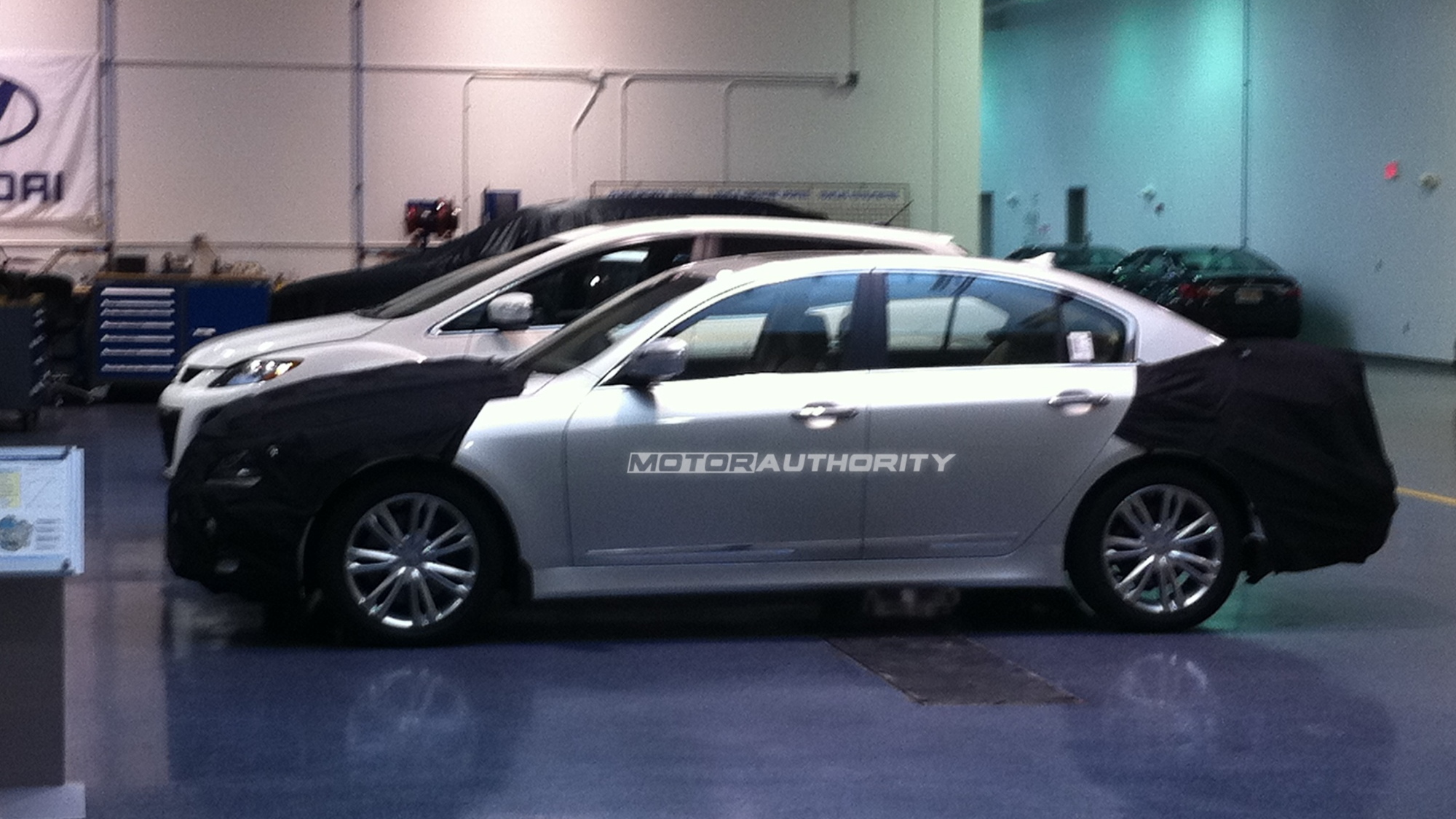 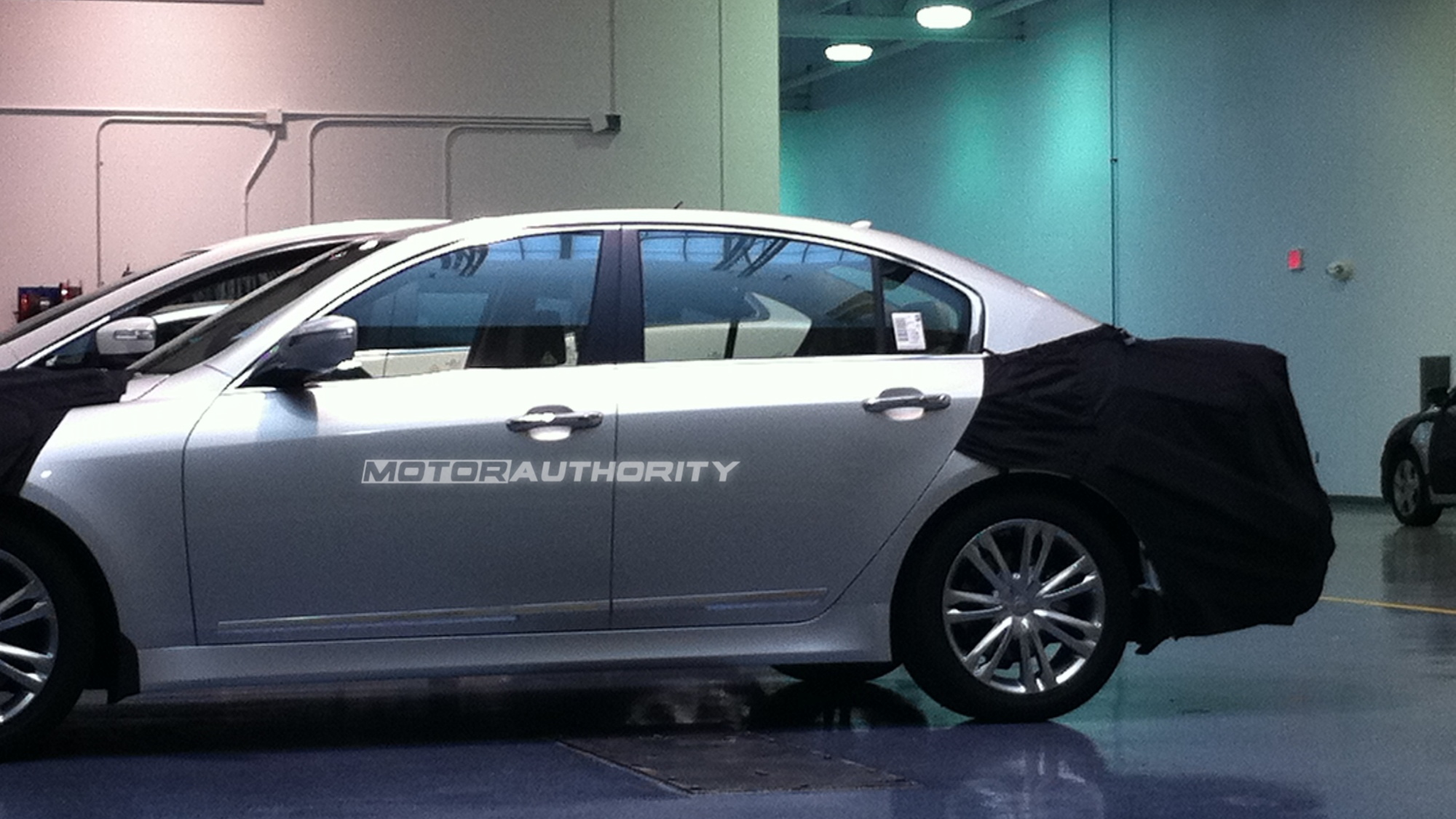 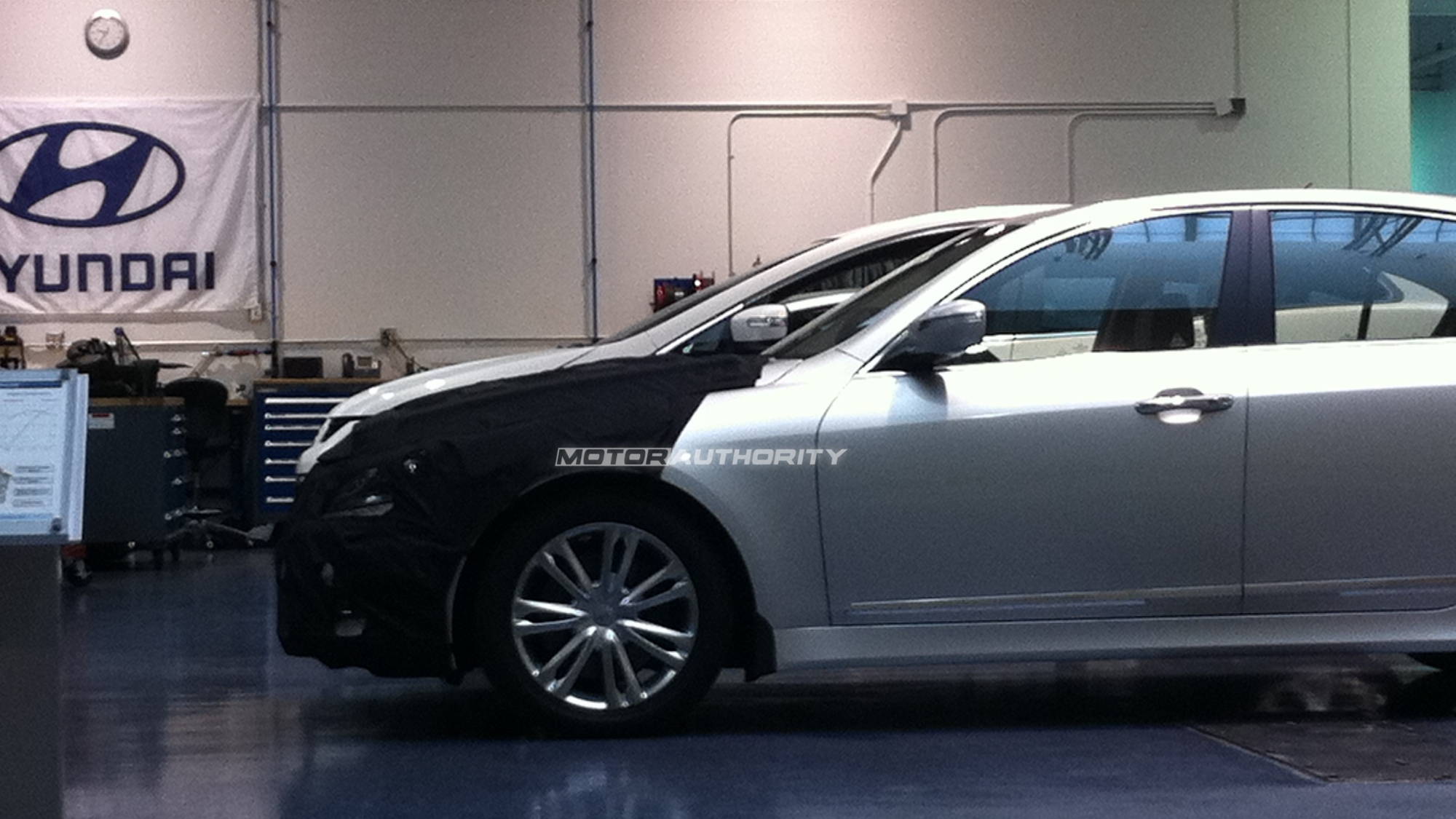 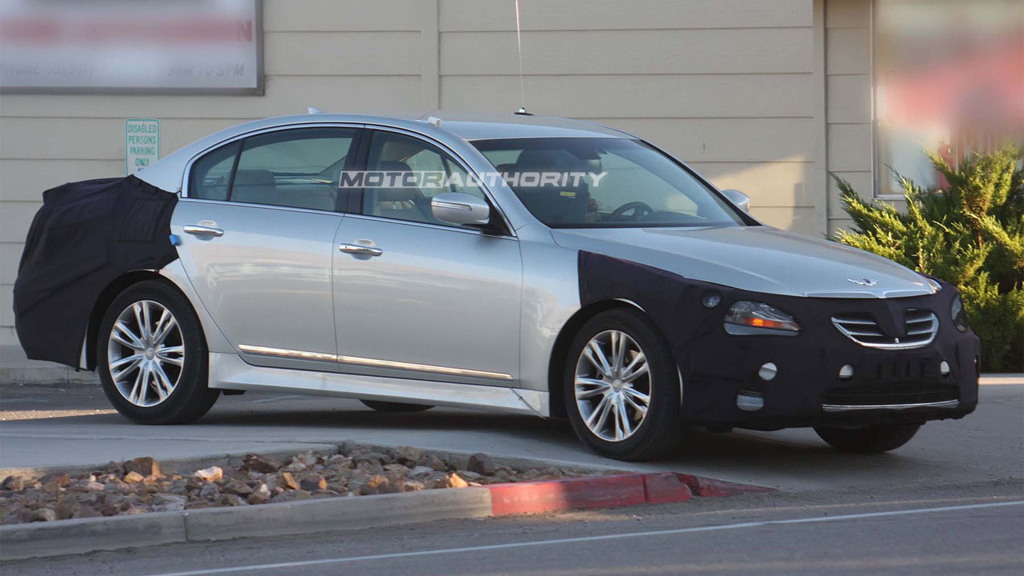 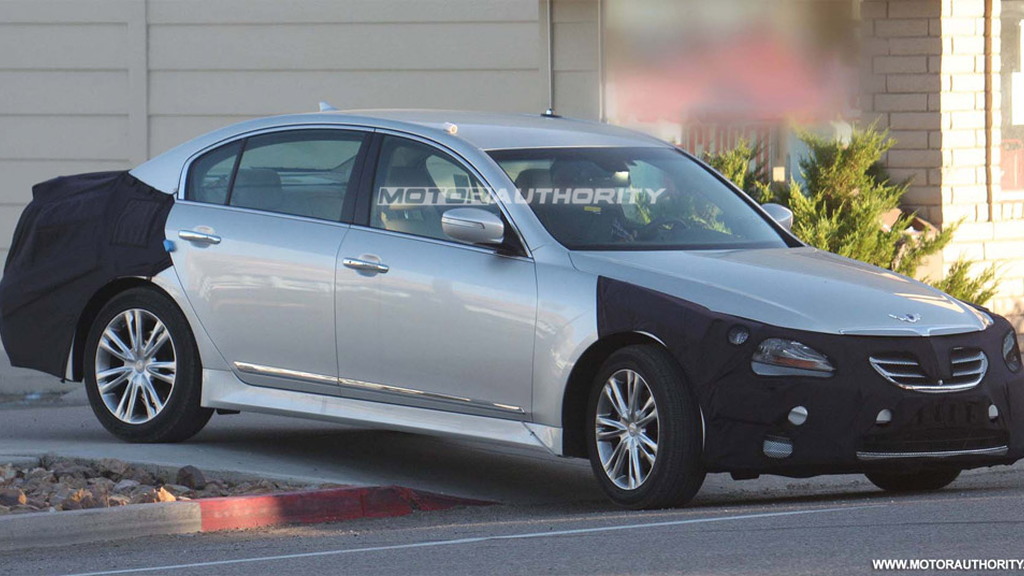 Hyundai’s Genesis sedan has only been on sale for about two years and during that time it has already taken home the prestigious North American Car of the Year award. As successful as the original formula was, Hyundai is not resting on its laurels and is already planning an update to the car as seen in these latest spy shots, taken live in Hyundai's Technical Center this morning by our man on the scene, Joel Feder.

The images depict a facelifted version of the car due next year as a 2012 model, very similar to the car spied at the end of the summer. They reveal a new tail-lamp design and slightly revised exhaust tips, and the camouflaged front-end suggests a new headlight, foglight, and possible grille design as well.

Expect the powertrain lineup to continue with minimal changes, which means buyers will be able to select from either the 4.6-liter Tau V-8 with 380 horsepower or the 3.8-liter Lambda V-6 with 305 horsepower on tap. New engines are possible, including a 265 horsepower 3.3-liter V-6 already sold overseas and a new 5.0-liter V-8 range topper with more than 400 horsepower. This latter unit has already been confirmed for the 2011 Hyundai Equus flagship, and the same Tau V-8 has been confirmed for the Genesis Sedan by Hyundai staff.

Supercharging technology is another area Hyundai is investigating but there’s no word on plans to introduce it to the Genesis line. Hyundai is also working on a new eight-speed automatic transmission and given the covered gear-lever seen here, it's likely that the facelifted Genesis will feature the advanced transmission.