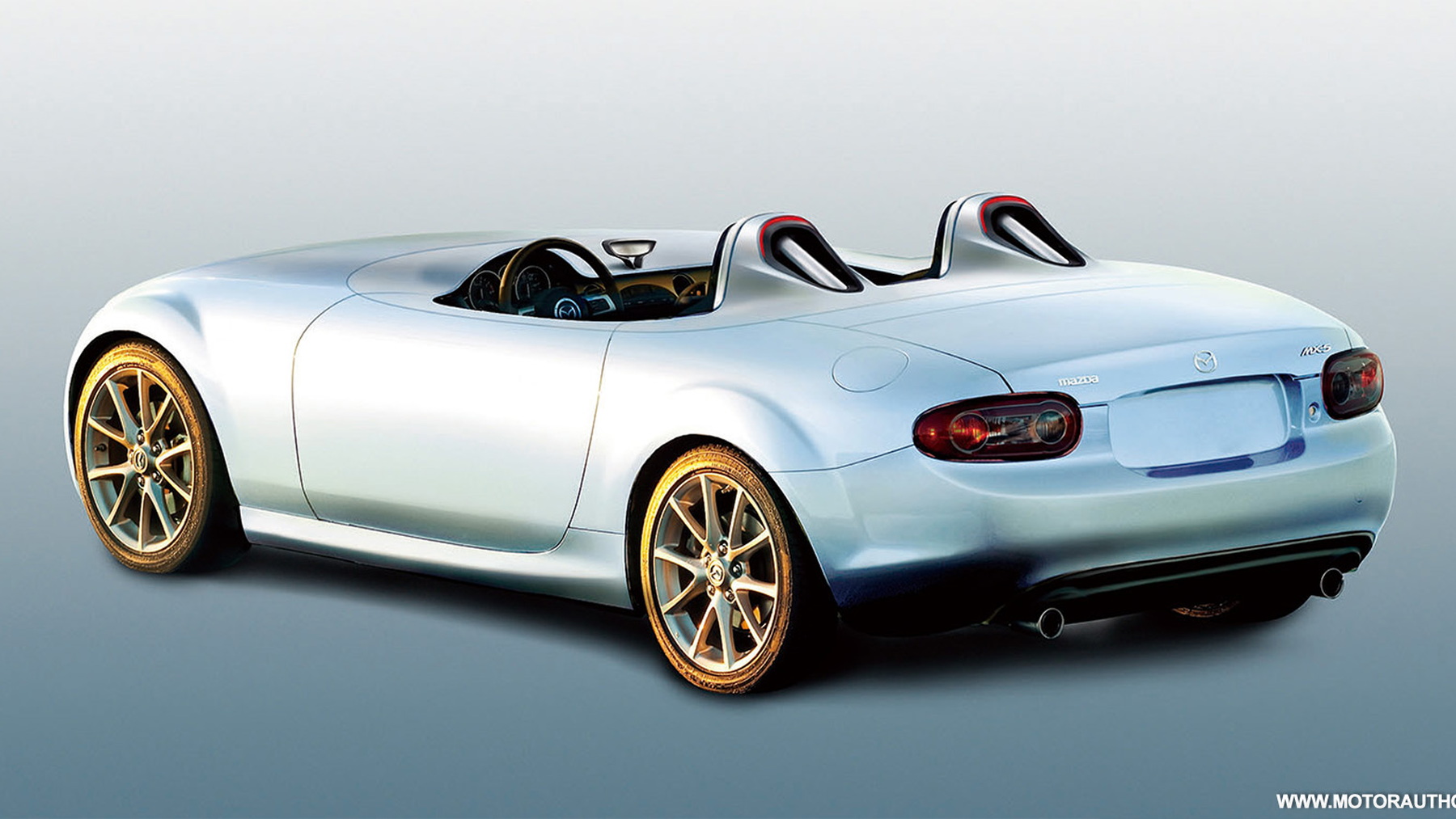 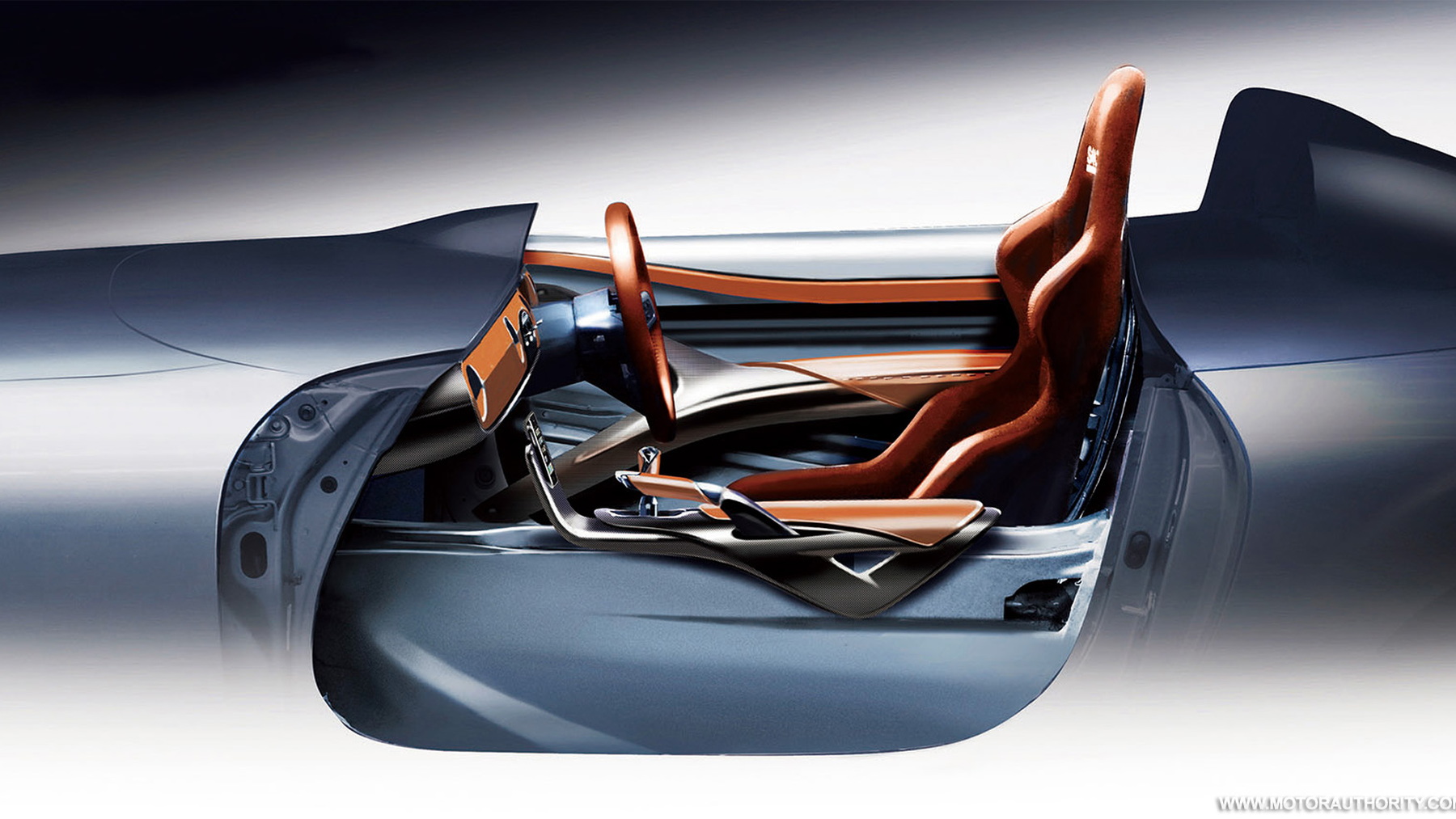 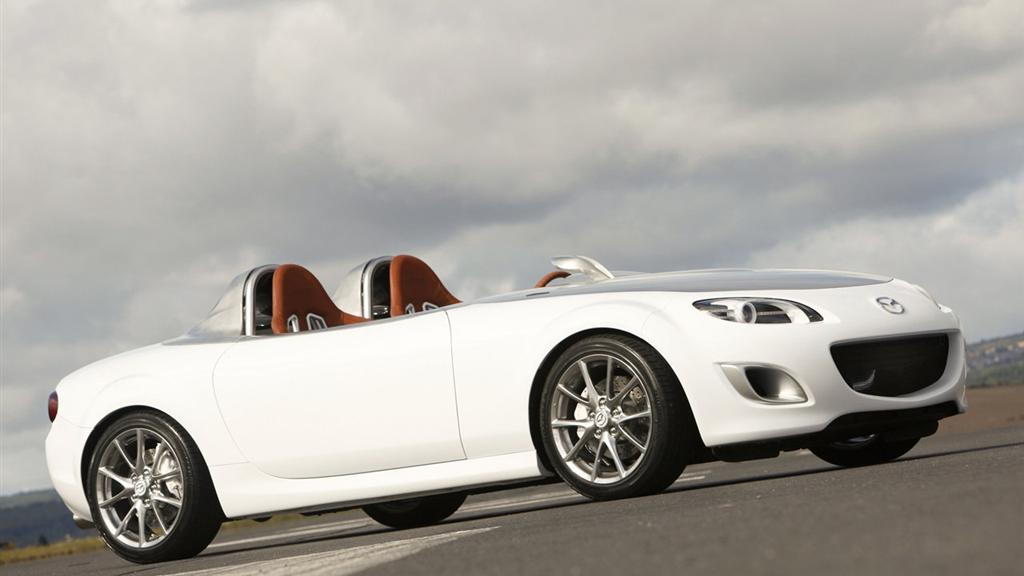 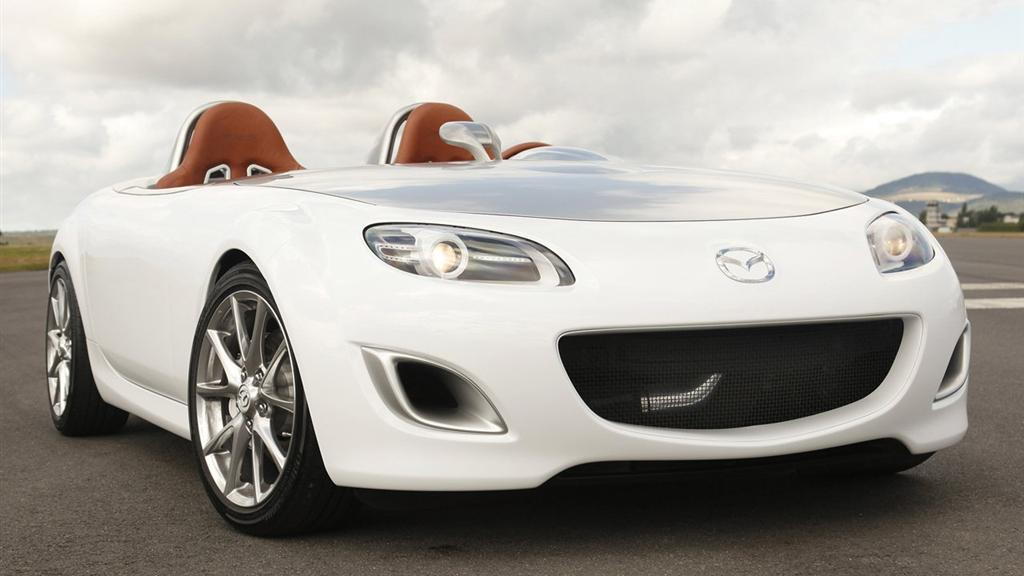 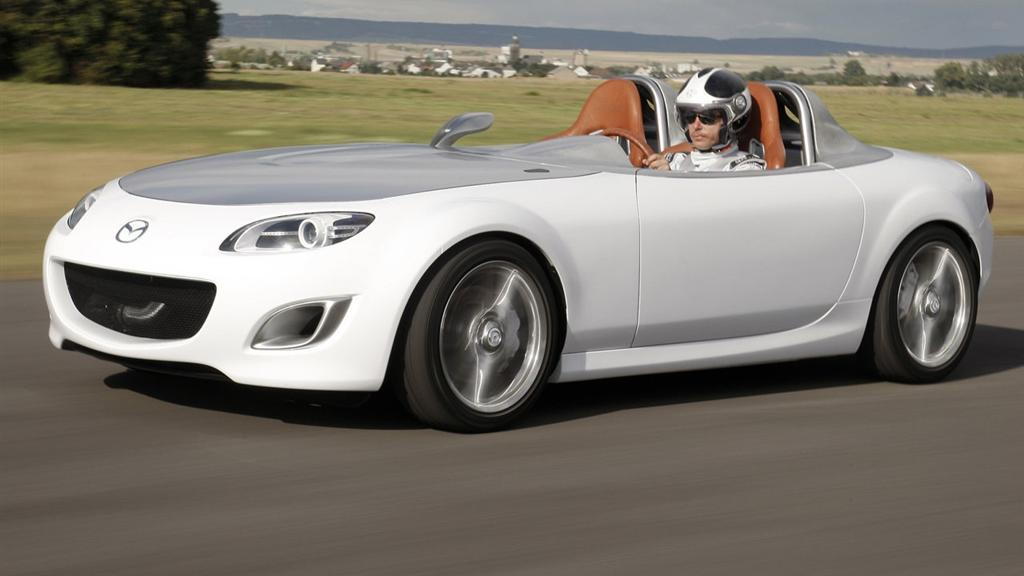 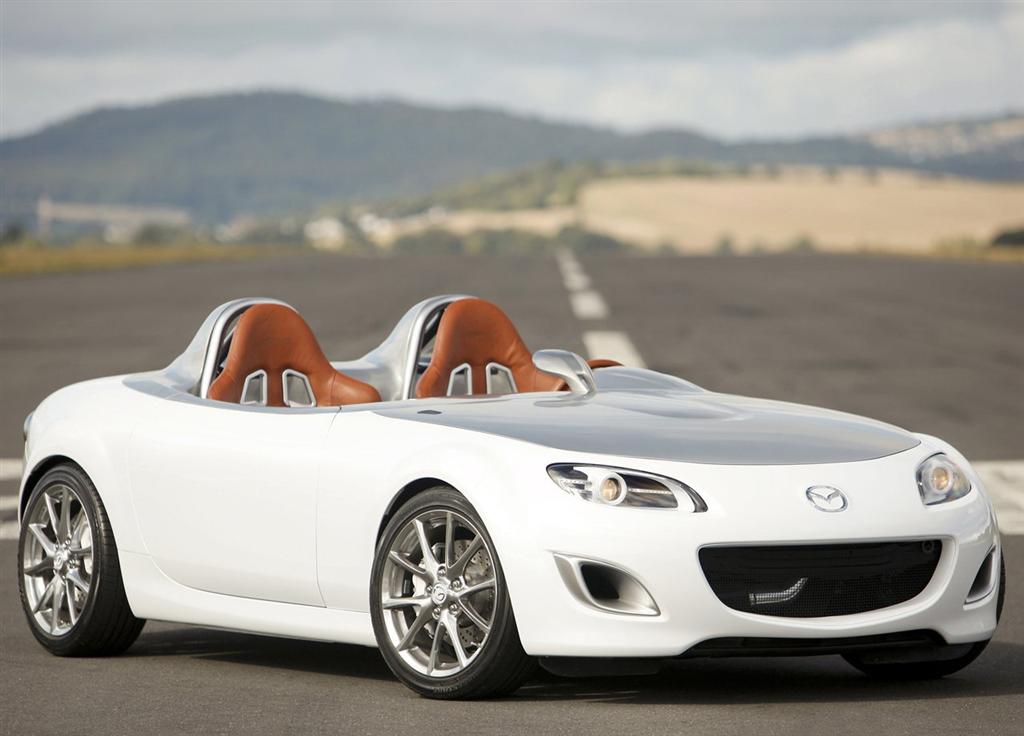 The Mazda MX-5 has become one of the best selling convertibles of all time thanks to its simple, unchanging formula of low weight and fun dynamics - a formula that has served it well for the two decades that it has been in production now. Today's leaked images of the Superlight concept reveal that formula in all its not-headed-for-production glory.

To celebrate the car's 20th anniversary Mazda is building a special speedster-style concept dubbed the MX-5 Superlight. The concept, which is set to be revealed at next week’s Frankfurt Motor Show, reveals a minimalist's MX-5, shaved of its windshield, frame and cloth top and armed only with streamlined roll bars to protect the occupants, bridging the gap between production car and formula car.

As the name suggests, a number of weight-saving measures have been undertaken throughout the entire car, which checks in at a barely-there 2,190 pounds. Additionally, interior images reveal a racing seat and race-inspired interior elements further hinting at the performance potential of the car.

Power for the Superlight comes from a  1.8-liter gasoline engine rated at 125 horsepower and 123 pound-feet of torque - not much in the grand scheme, but about the same as you'll find on the Lotus Elise S, though that car weighs about 200 pounds less than the Mazda.

A five-speed manual transmission sends power to the rear wheels, while a Bilstein suspension handles the bumps. Acceleration to 62 mph takes a somewhat lethargic 8.9 seconds, though it's the speed through the curves where the Superlight is intended to shine. The Superlight's 50 mm wider track will no doubt help it hang on, reducing body roll and improving transitions. Shutting the show down falls to a new set of four-piston calipers.

The MX-5 Superlight was designed by Mazda's in-house team in Germany, and other unique cosmetic and structural changes include the lack of A-pillars, as well as the smooth front and rear decks presumably used to help control airflow around the car.

Disappointingly, however, the chances of a production variant ever reaching dealerships is extremely slim at best, and the MX-5 Superlight will most likely remain a commemorative flight-of-fancy for the 20th birthday of the MX-5.