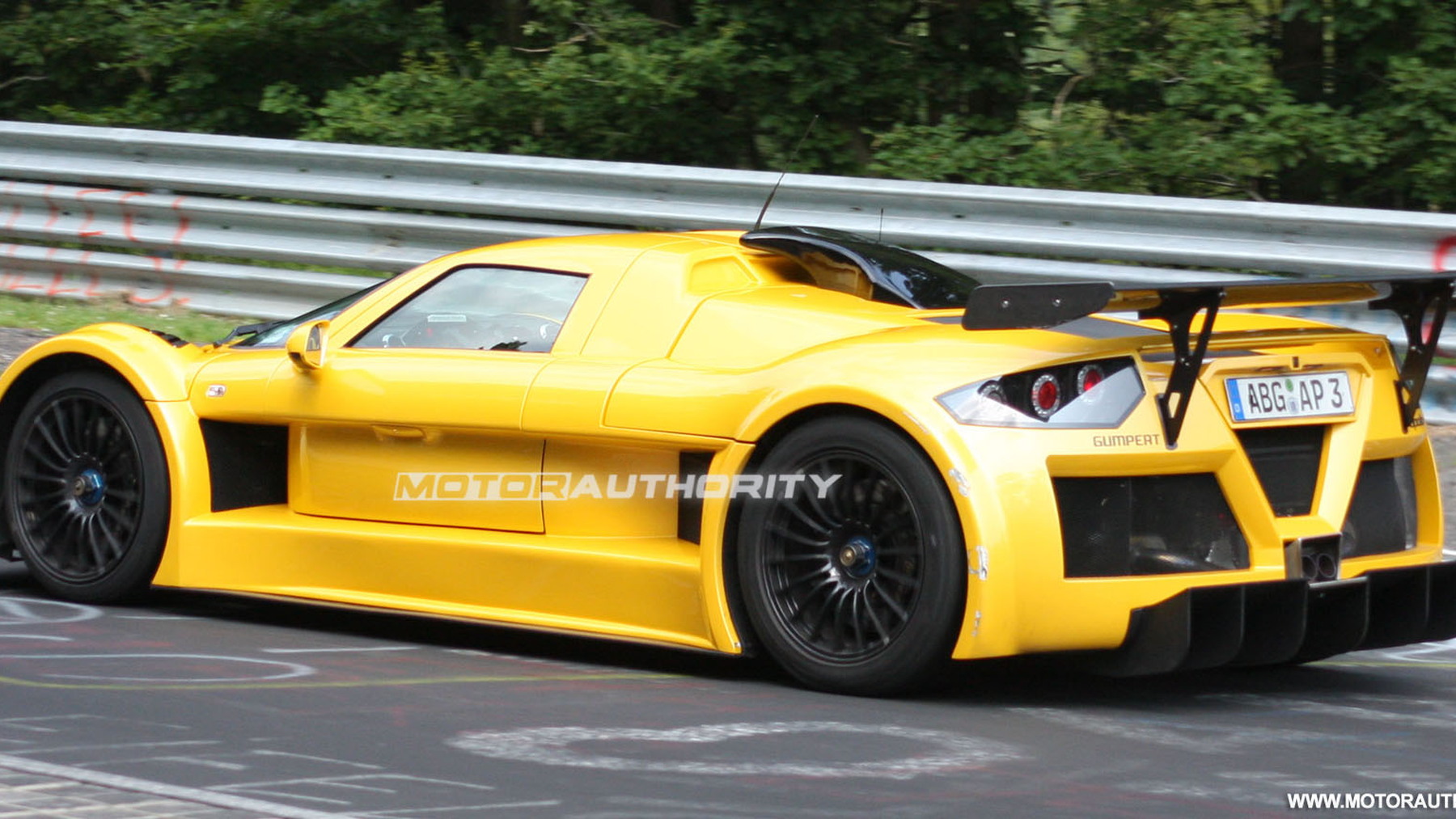 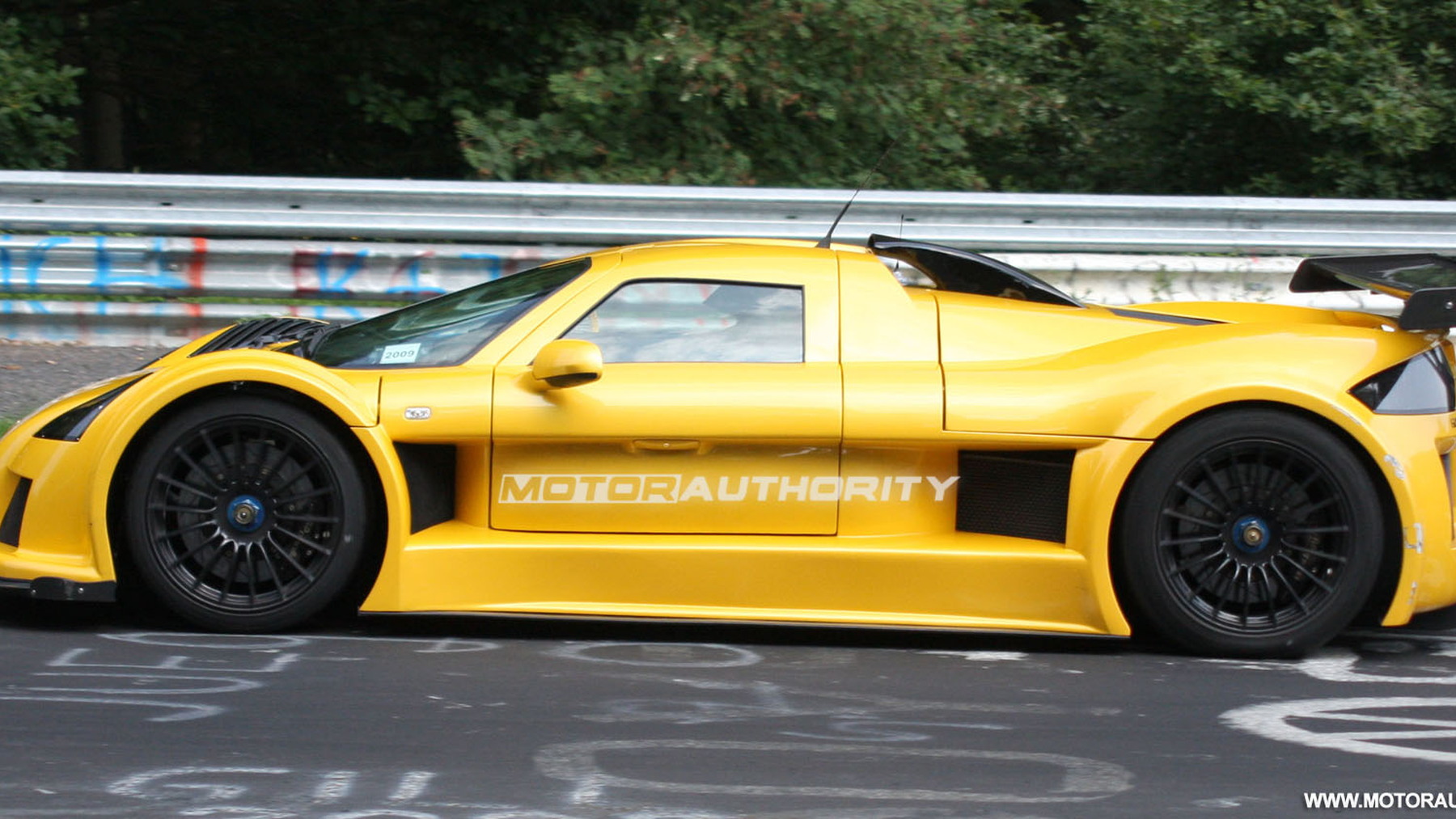 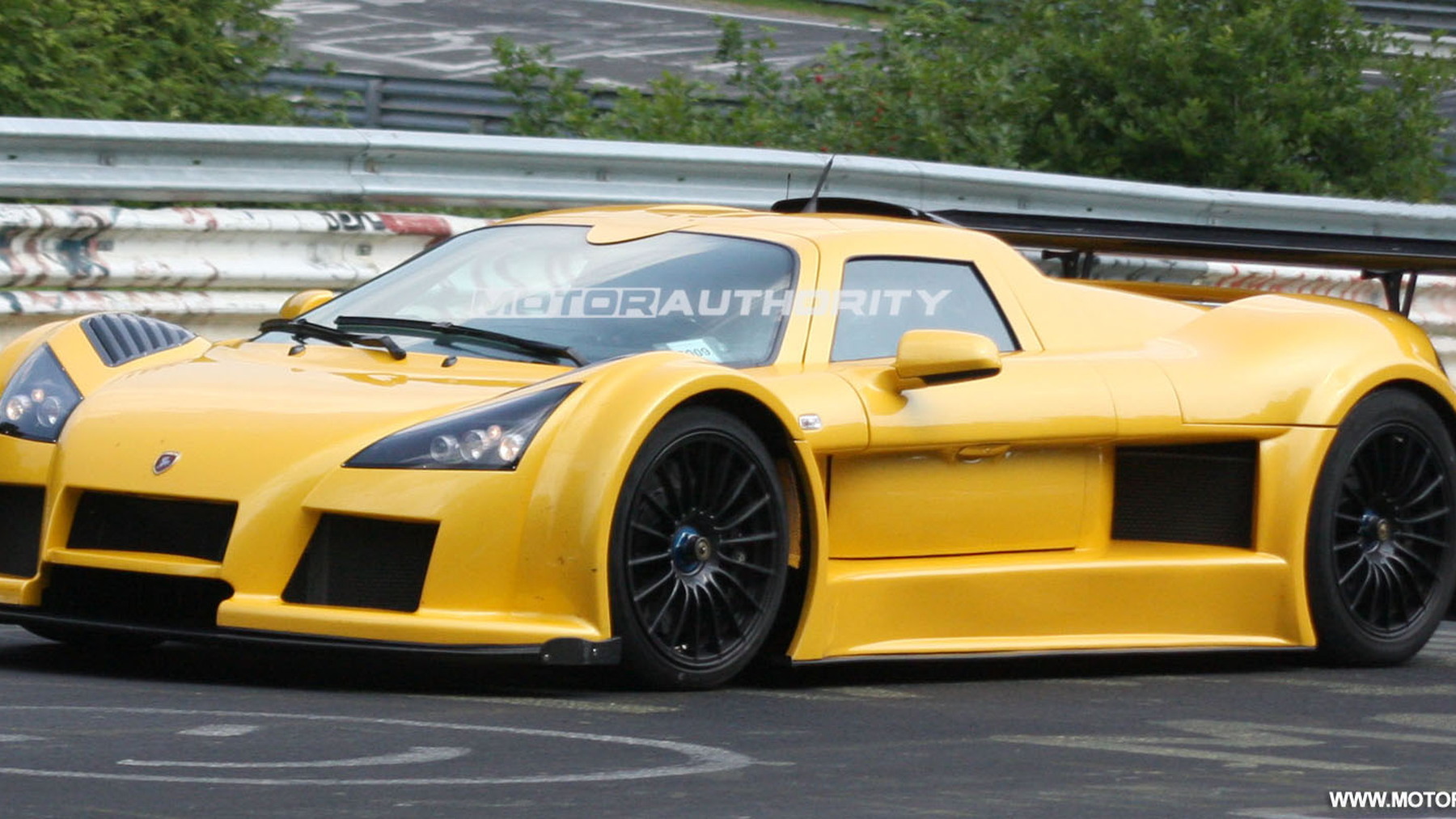 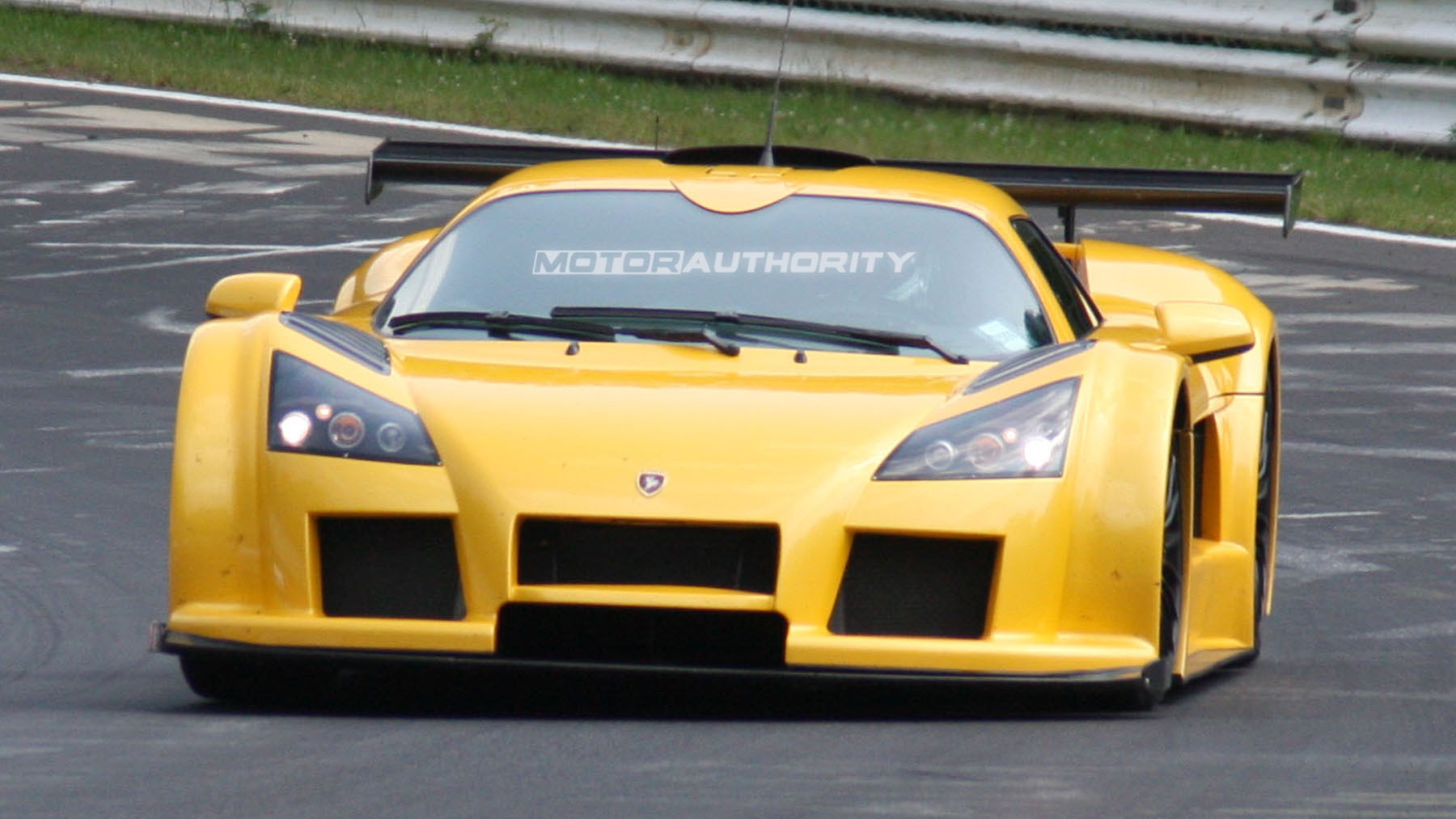 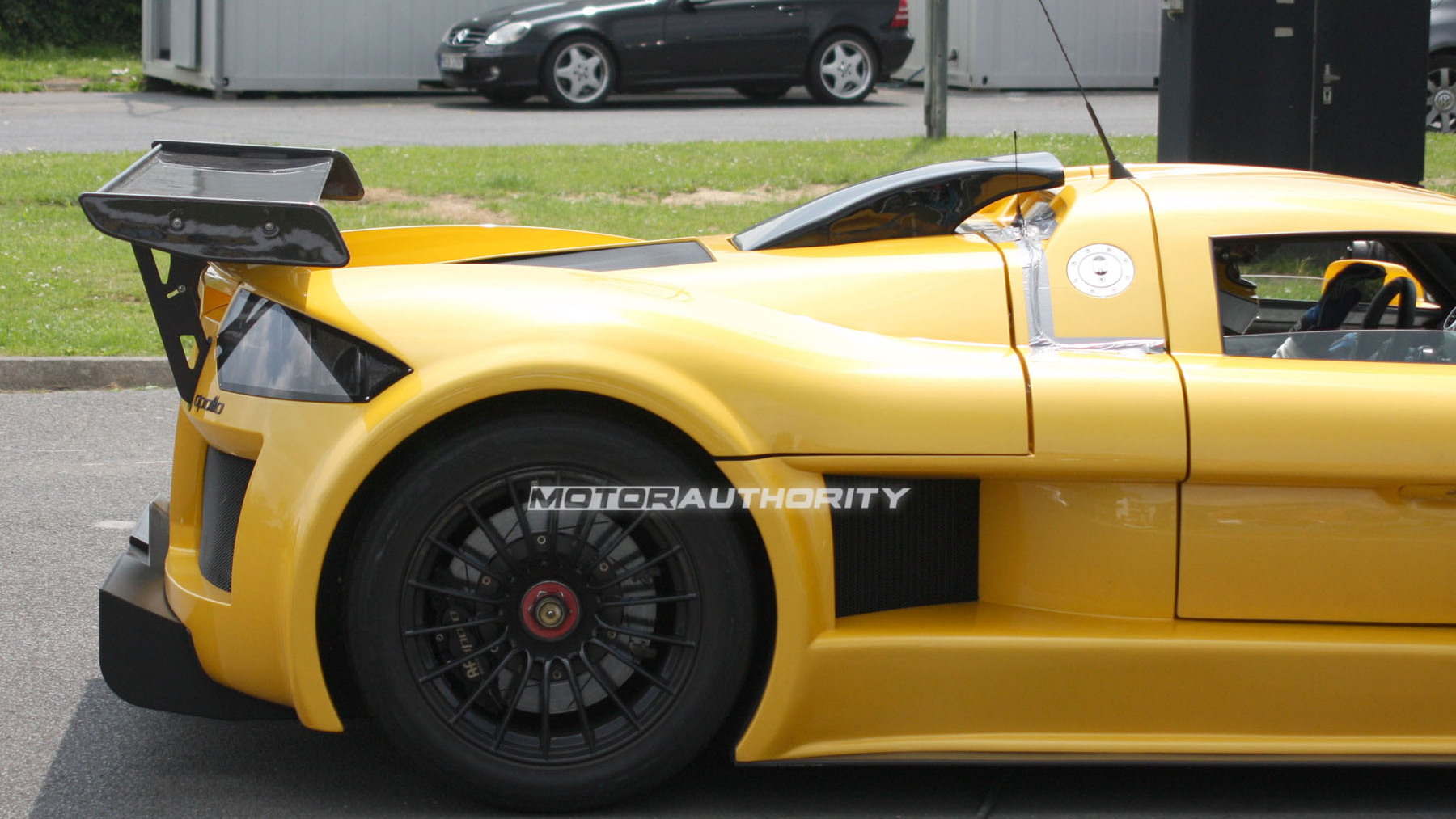 Setting apart the Speed from previous Apollo models are bigger wheel arches, a new front splitter and revised air intakes. However, development of the car is far from complete as evidenced by this prototype version spotted testing at the Nurburgring in Germany. The car unveiled at Geneva was only a display model. Production versions come with a special two-tone paint scheme, an adjustable rear spoiler and unique tail lamps.

This particular prototype is wearing an oversized fixed wing and a new intake system attached to its roof. Special testing equipment taped onto the vehicle’s body suggest that Gumpert’s engineers are in fact still finetuning the car or possibly working on an updated model.

As for the standard Apollo Speed, new features include a carbon-fiber and aluminum sandwich underbody, as well as fixed wheel caps at the front and rotating rears – a similar set-up to that used in F1. Other specs include adjustable dampers, 19in aluminum wheels, and 378mm ventilated brake discs with six-piston calipers.