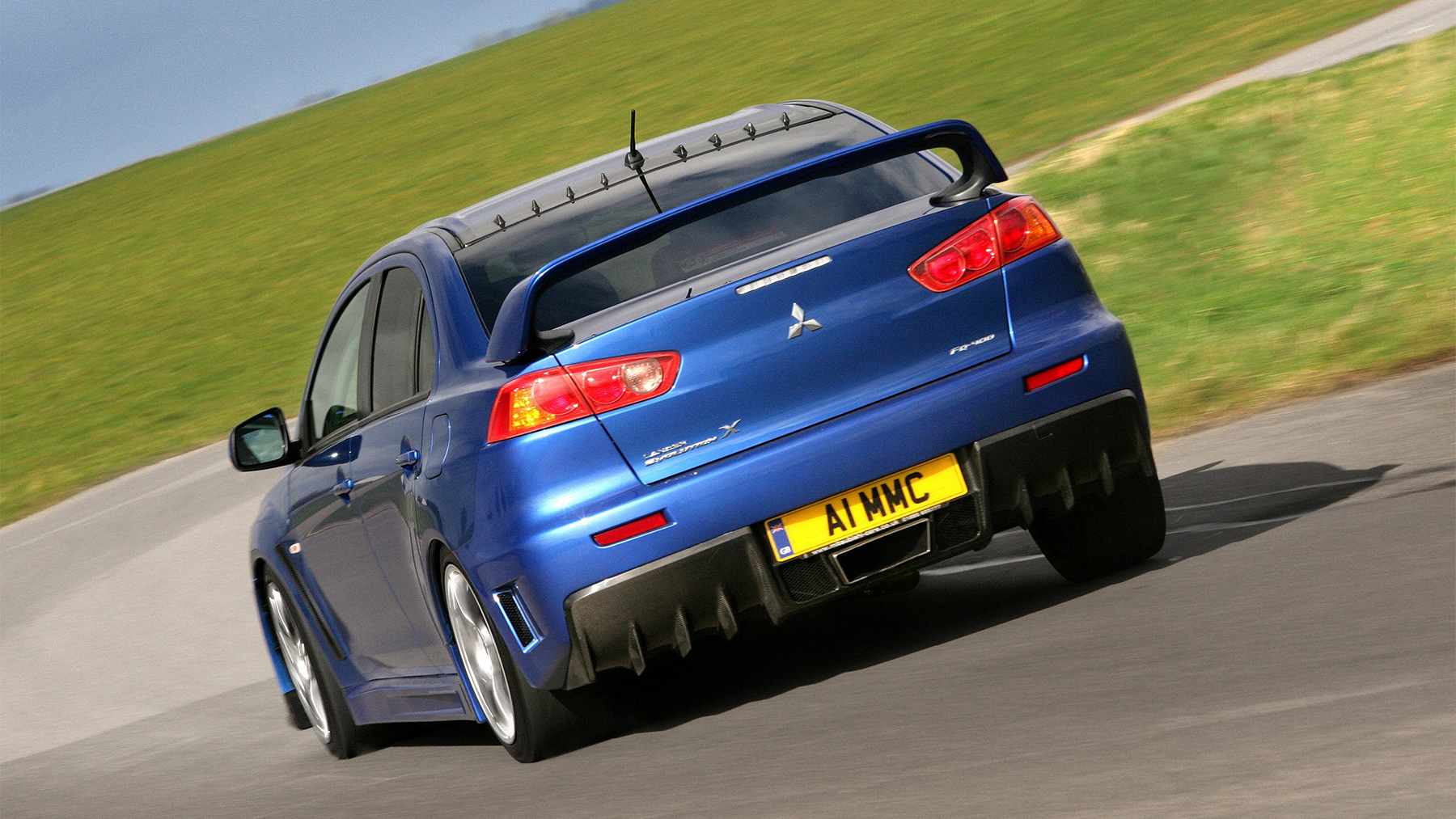 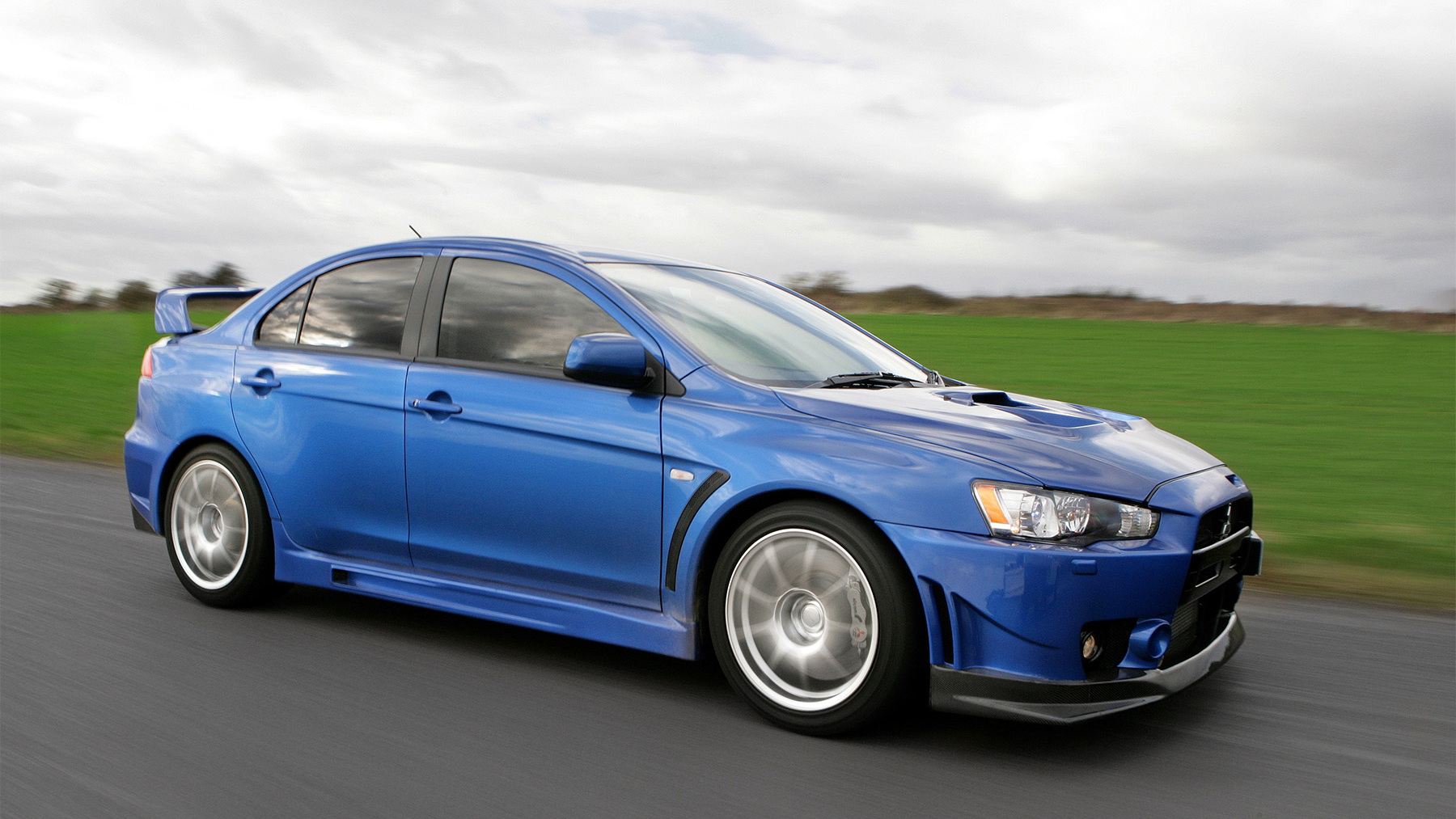 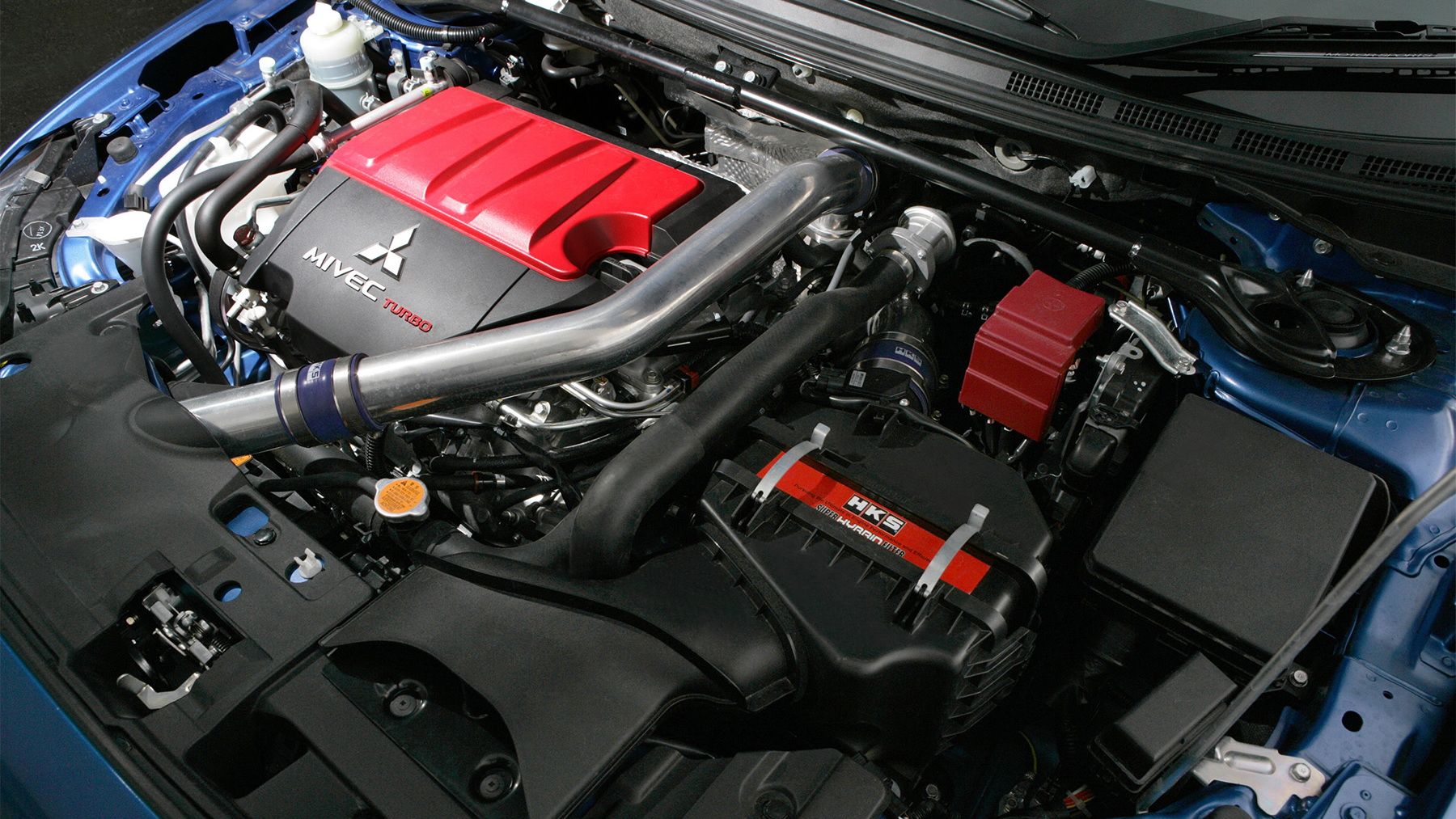 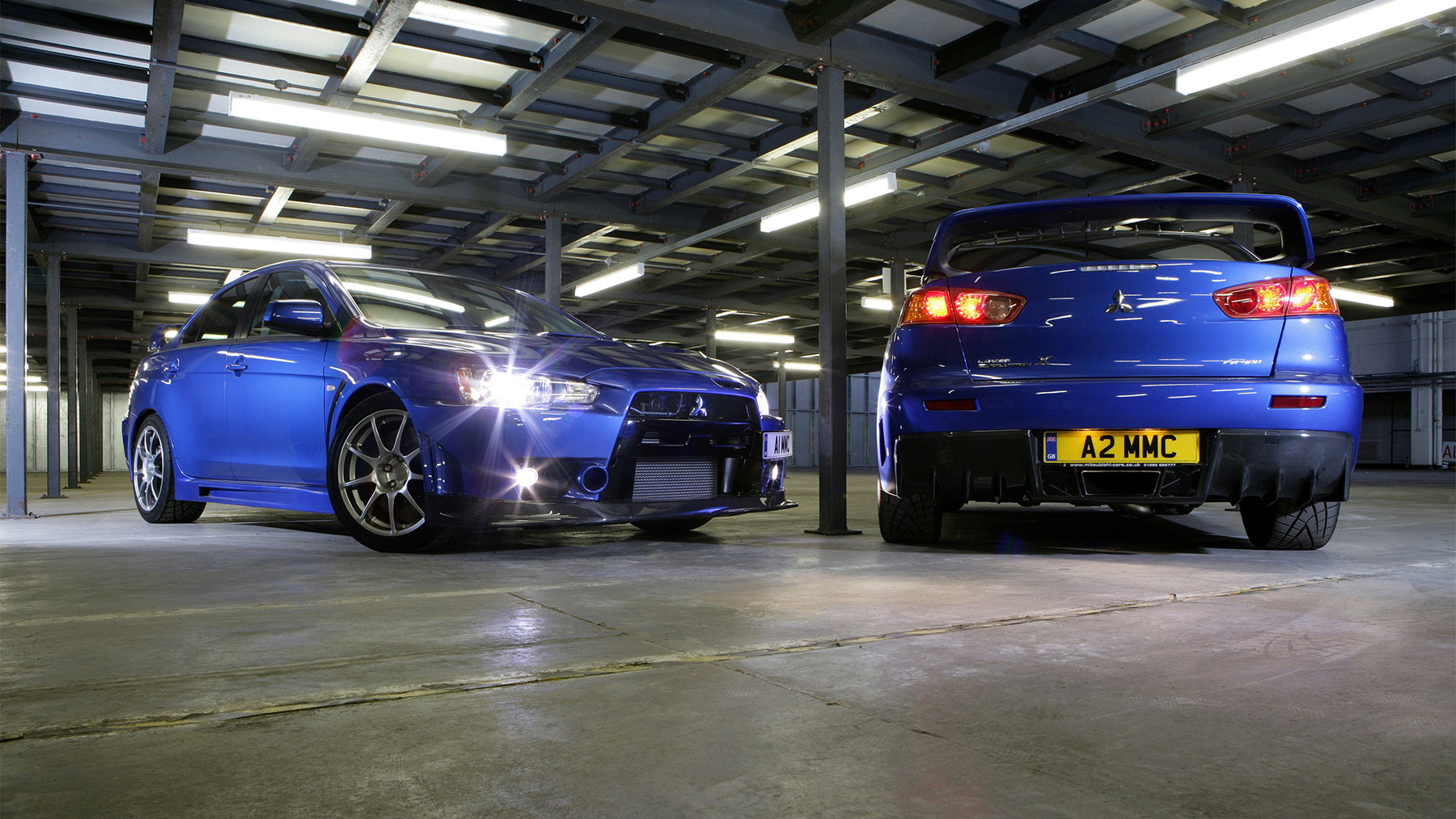 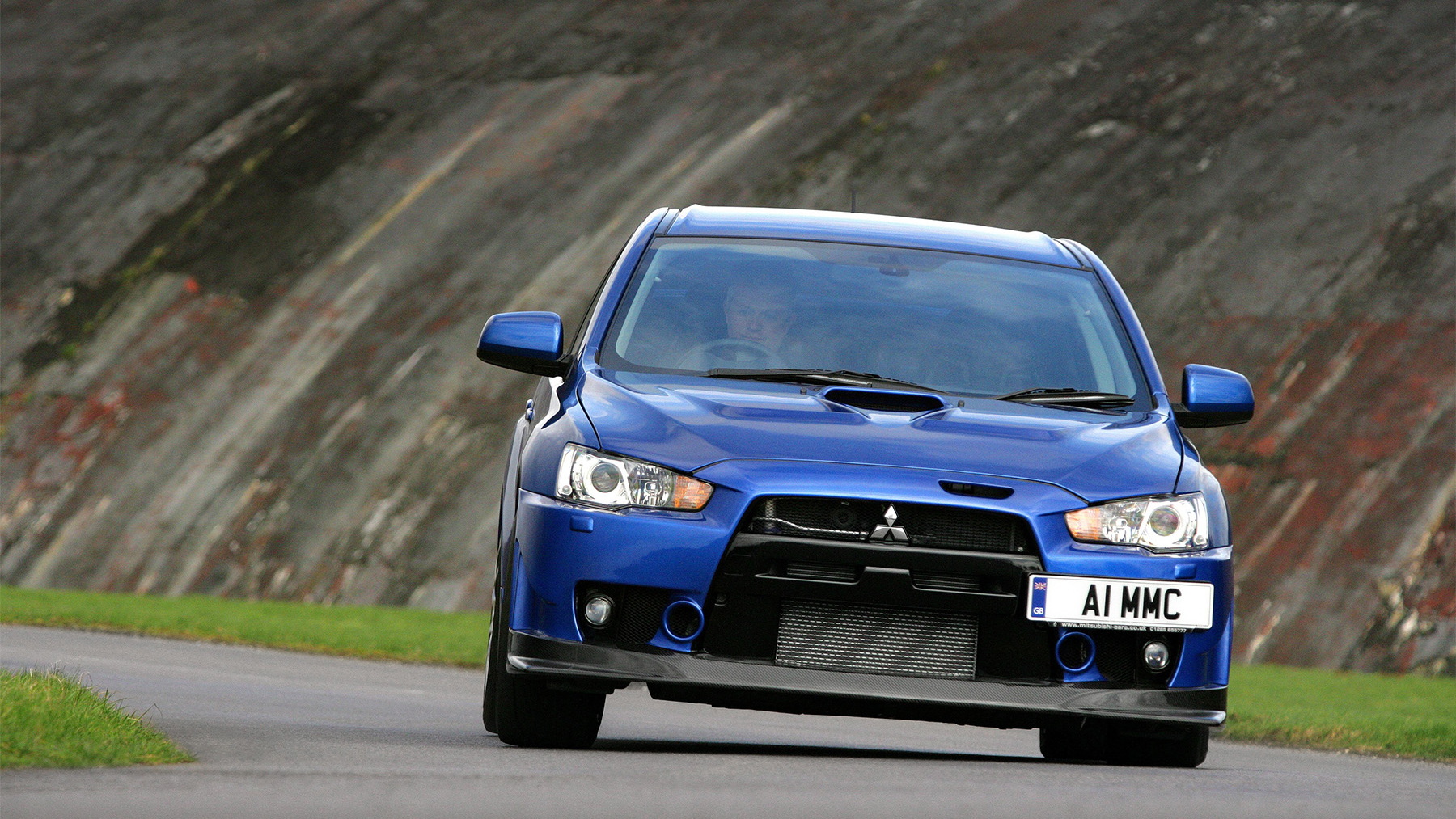 5
photos
They've been called budget supercars for years now, and the latest crop of factory hot-rods are seriously infringing on that performance territory. Take Mitsubishi's new FQ-400 special for the UK, unveiled today: 3.8 seconds 0-62mph puts it on par with the Corvette ZR-1, Nissan GT-R, Lamborghini Gallardo, and a handful of other cars costing up to ten times as much as the hotted-up Evolution X.

And that's the magic of the 2009 Mitsubishi Evolution X and other cars of its ilk. For just a few thousand dollars - or pounds sterling, as the case may be - more than a family grocery-getter, you can have four-door utility with supercar performance. Just last week the FQ-330 SST variant was released as well, demonstrating the principle in slightly less extravagant form.

The Mitsubishi Lancer Evolution X FQ-400 is the fastest and most extreme version of Mitsubishi’s motorsport-derived machine. With 403hp and 387lb-ft of torque on offer from its advanced, lightweight aluminum 2.0L turbocharged MIVEC (Mitsubishi Innovative Valve timing Electronic Control) gasoline engine the FQ-400 is able to reach 62mph (100km/h) from standstill in an estimated 3.8 seconds before reaching its electronically limited 155mph top speed.

The brutally quick acceleration is aided by the Super-All Wheel Control (S-AWC) four-wheel-drive system which appropriates power to the wheels that can best use it. Increasing the FQ-400’s cornering ability even further over its FQ relatives is a wider track and lowered suspension featuring Eibach springs and Bilstein Shock Absorbers. Lightweight 18in, nine spoke alloy wheels fitted with Toyo Proxes R1R tires enhance the FQ-400’s grip. The enhanced agility and performance is backed by a revised braking system which uses aerospace grade aluminum alloys and floating sealed discs grabbed by high performance pads.

Getting all that power out of the relatively tiny 2.0L powerplant required major revisions to the base unit. Motorsport specification high-flow fuel injectors are fitted to the aluminum cylinder head and a new hybrid turbocharger is also fitted. The higher specification turbocharger features low-friction bearings, a high temperature turbine and strengthened thrust bearing to increase response and reduce turbo lag. Feeding the turbocharger cooled air, improving its performance and efficiency, is an enhanced intercooler, while the exhaust’s gases flow from the engine via a 3in diameter high flow stainless steel piping and catalytic converter before exiting through a centrally positioned exhaust.

In addition to being a no-BS rally car for the street, the Mitsubishi Evolution X FQ-400 is also a fully loaded daily driver, complete with Bluetooth hands-free connectivity, 30GB multimedia hard drive, DVD sat-nav, automatic lights and wipers, and a host of other tech and comfort features.

Pricing reflects the FQ-400's status as Mitsubishi's top-of-the-line Evo, but it's still leagues below the performance competition, starting at £49,999 ($78,120). Sales start in June throughout the UK.