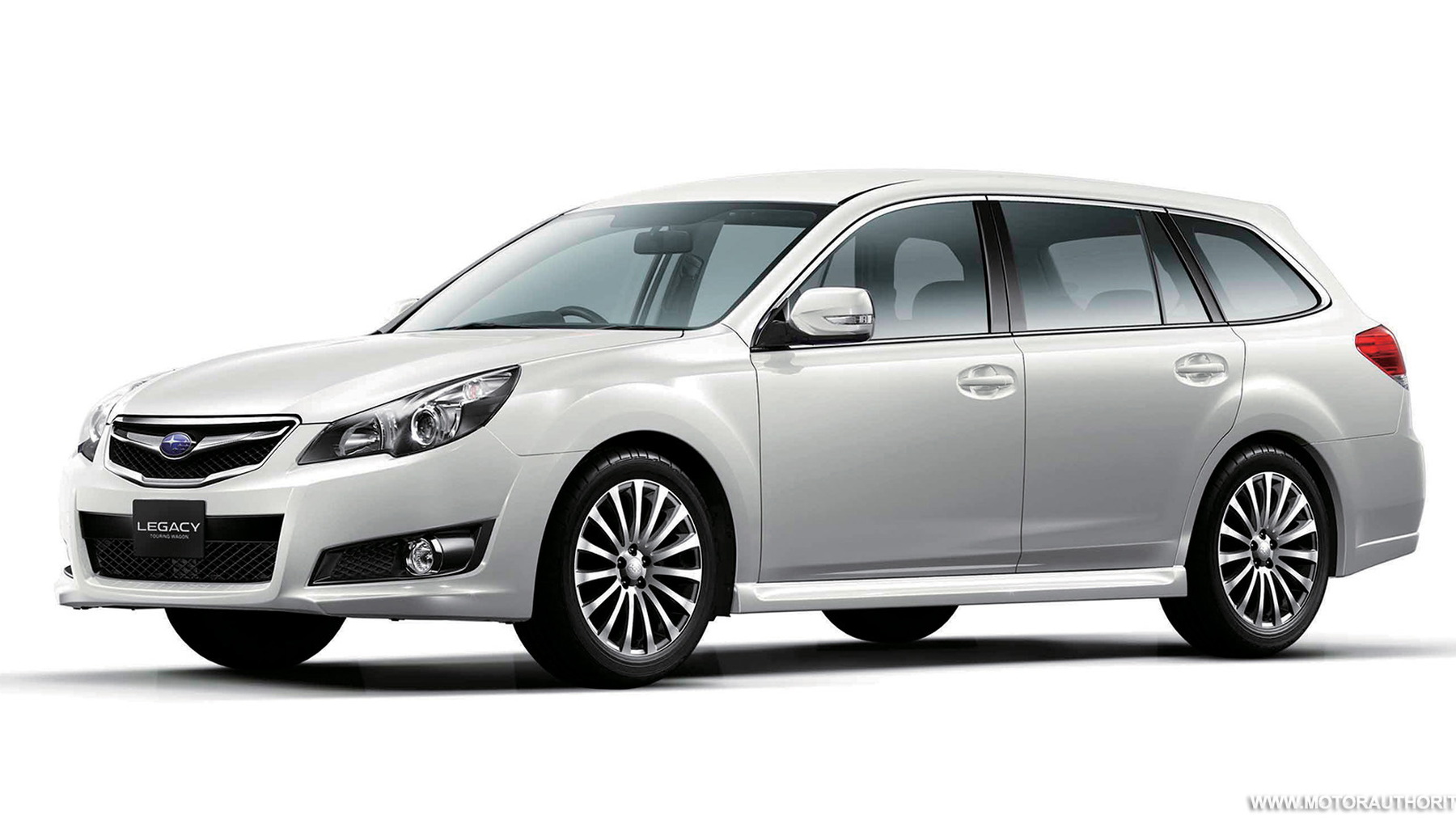 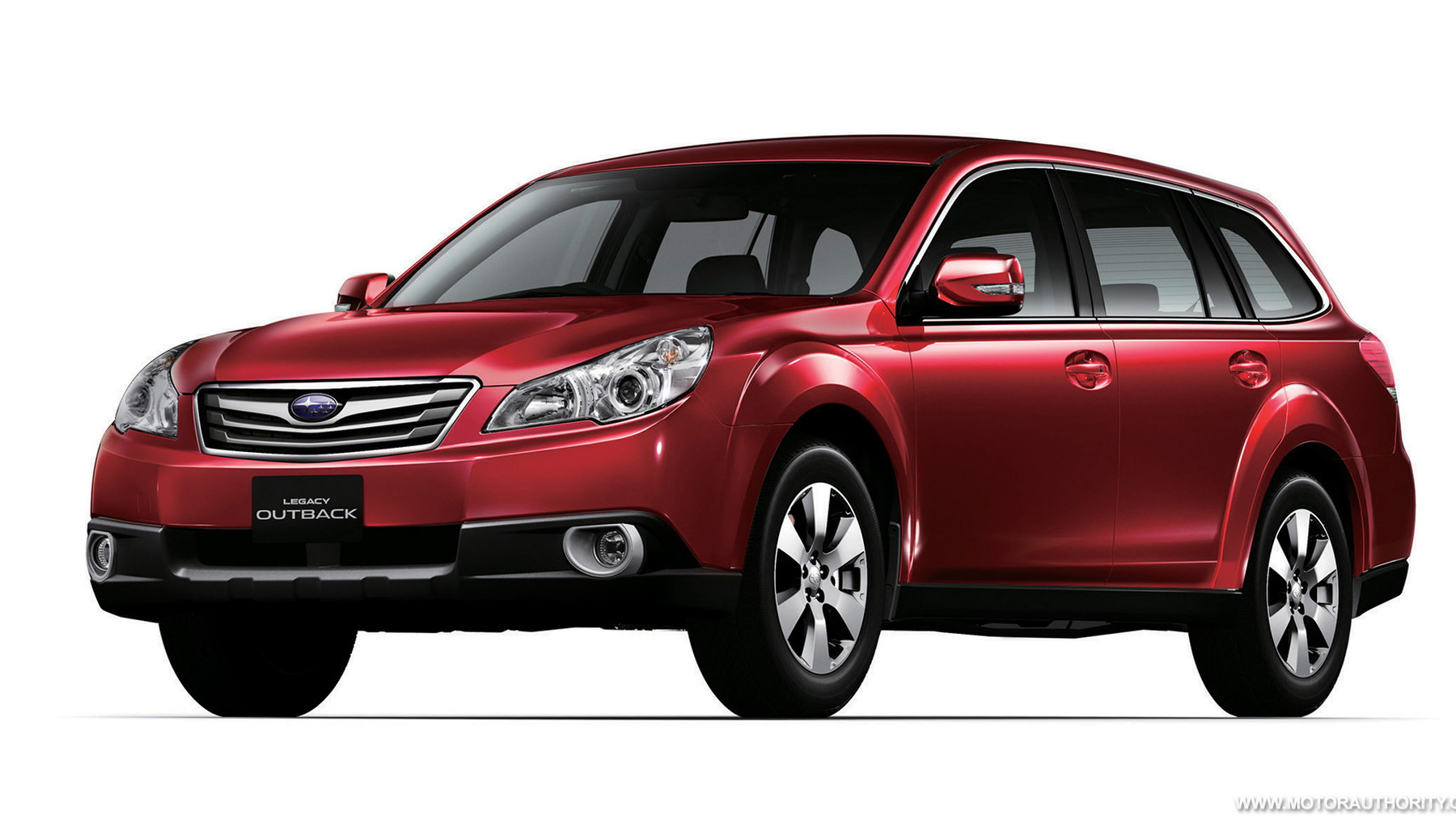 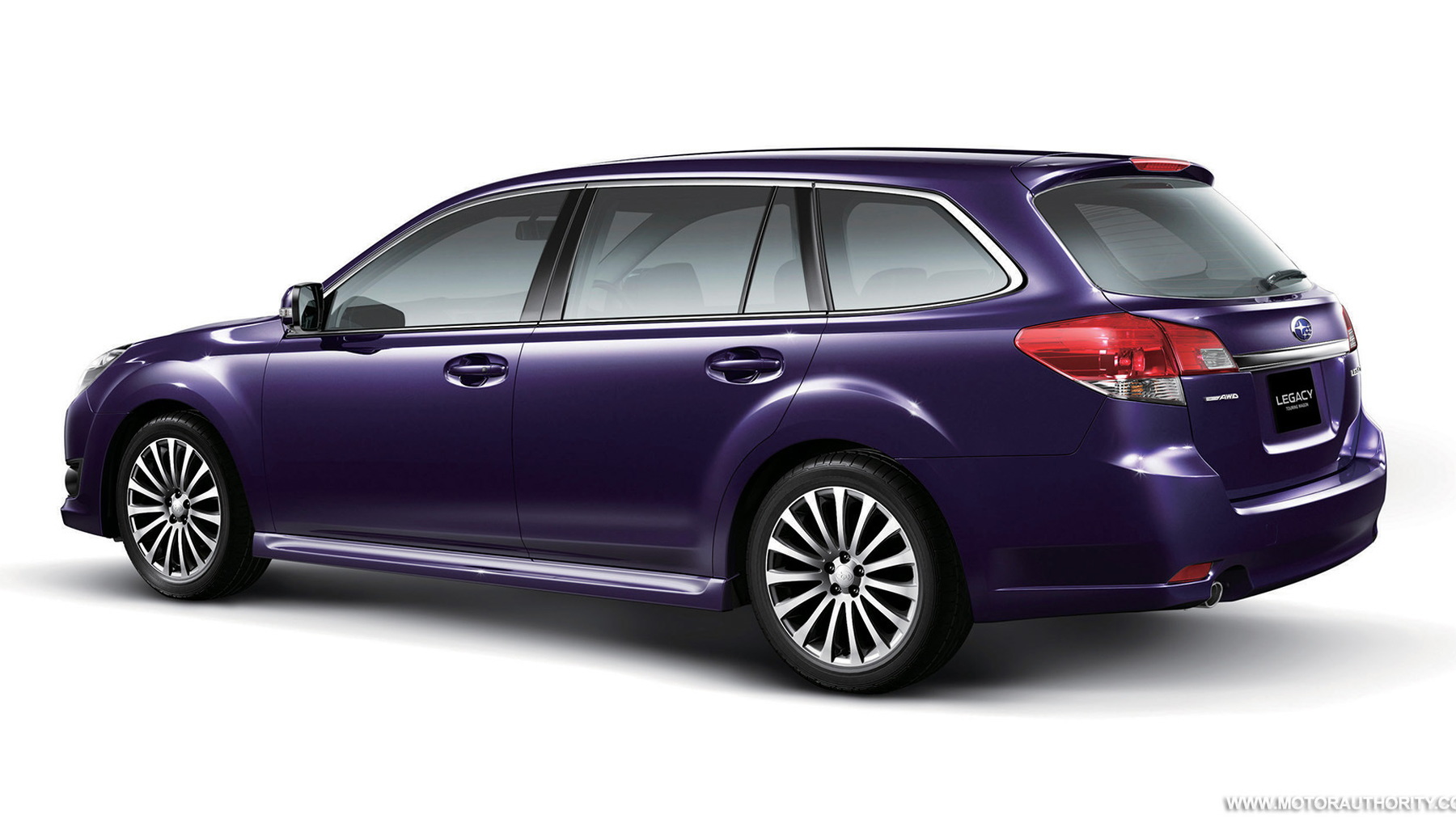 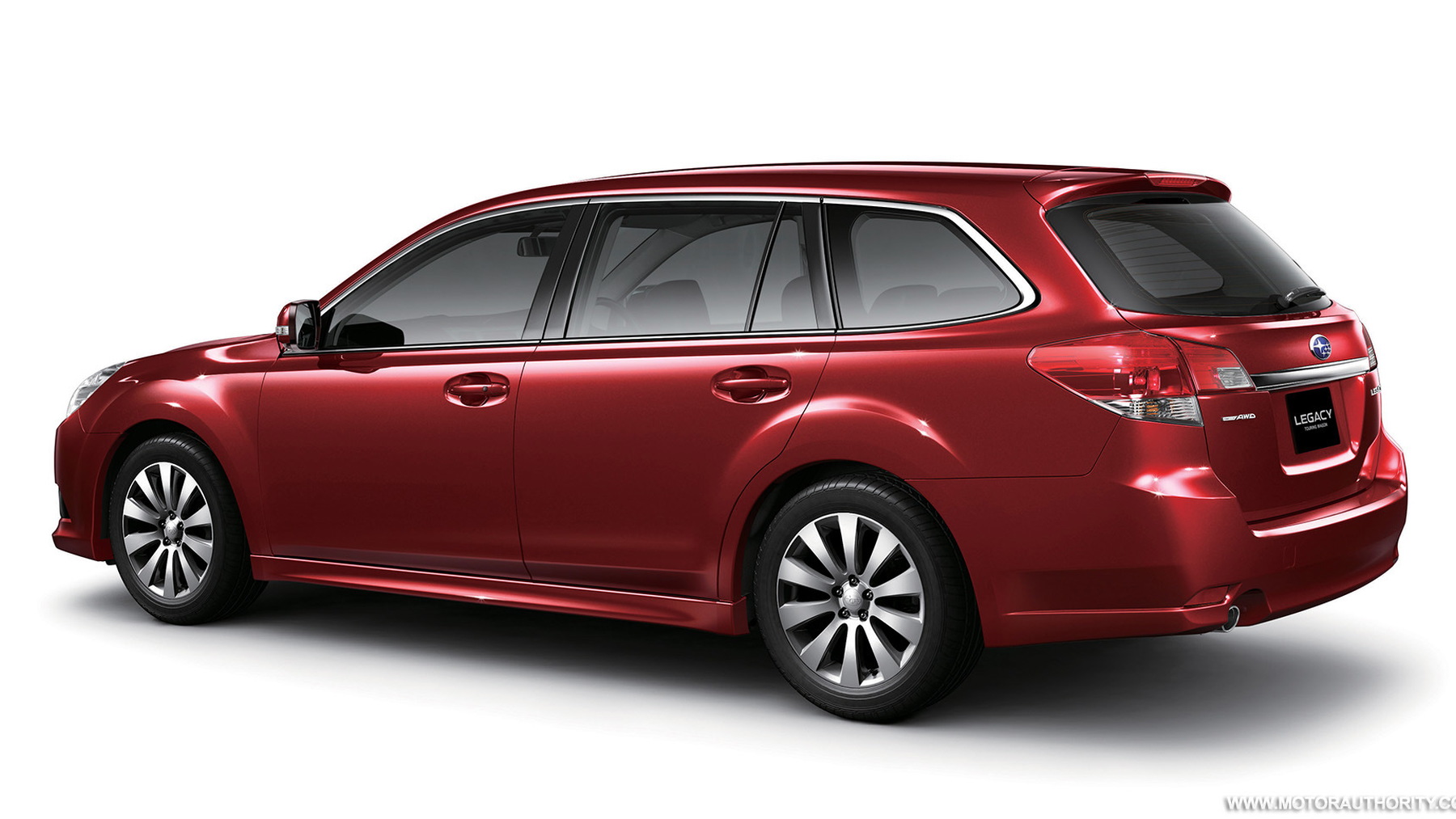 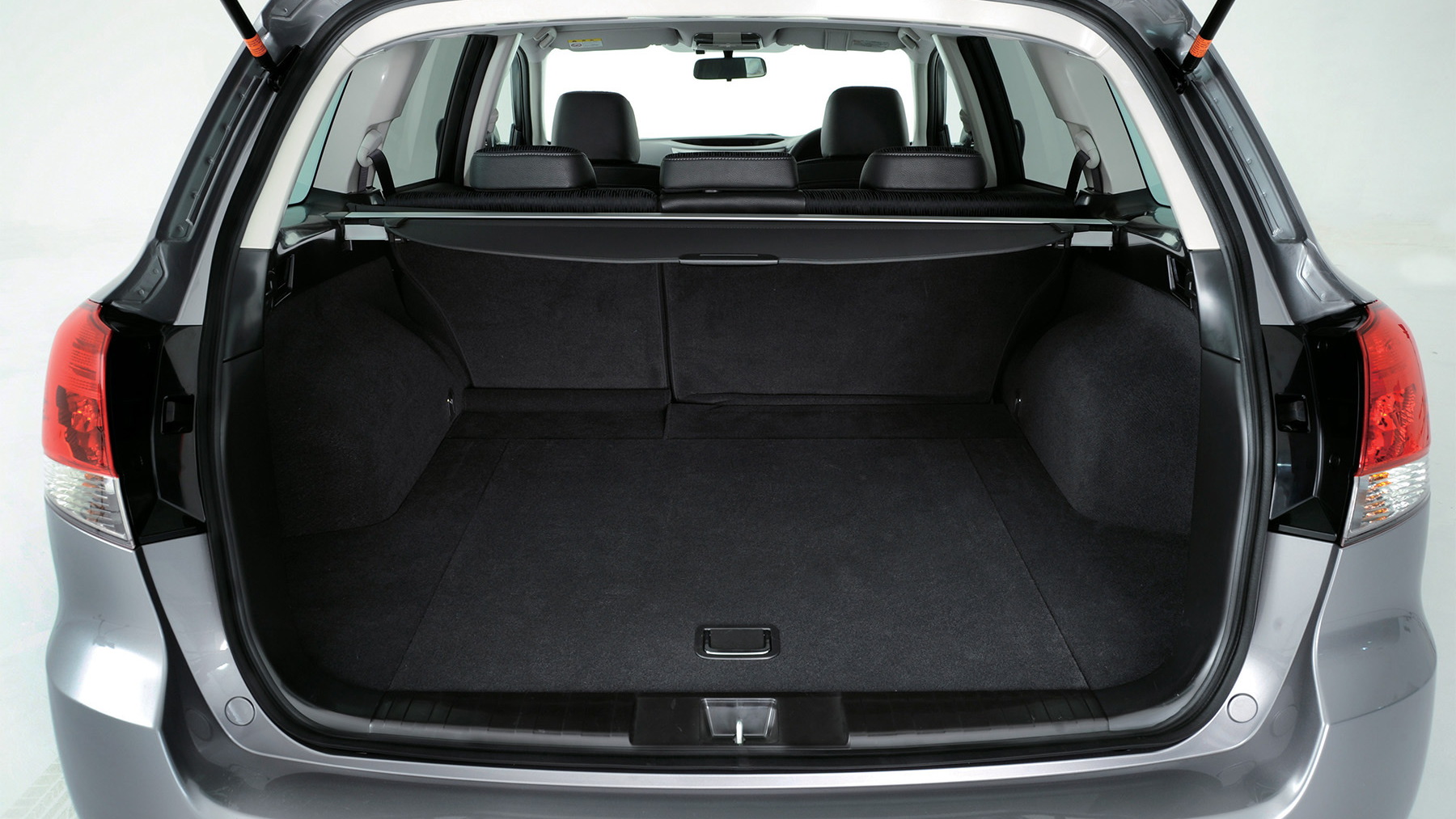 The fifth-generation Legacy (Liberty) and Outback were recently unveiled and to coincide with the car’s launch in Japan Subaru has added the new Touring wagon and sporty B4 to the range. Before you get all excited, the latest iteration of the B4 name only applies to a sports package in this case, not a high-performance twin-turbo model as in the past.

As expected the new Touring model carries over the same controversial styling found on the sedan variant. Along with this styling, the Touring also adopts the same engine lineup as its sedan sibling, which means the base engine is a 2.5L unit rated at 170hp (127kW) and 170lb-ft (230Nm) of torque. Also on offer will be a 265hp (197kW) and 258lb-ft (350Nm) turbocharged version of the same engine for the Legacy 2.5GT wagon. Filling out the range will be the Legacy 3.6R wagon, which comes with a 256hp (191kW) and 247lb-ft (334Nm) of torque 3.6L engine.

The Touring model is also bigger in almost every dimension compared with the outgoing model. Its wheelbase has been lengthened by 80mm thanks to a new platform, and overall the wagon is 95mm longer than its predecessor, as well as 50mm wider. Storage space has also been increased to 2,018 liters.

As for the B4, the sporty sedan is based on the 265hp (197kW) 2.5GT turbocharged powertrain but comes with a range of subtle performance touches such as 18in wheels and a discrete bodykit to differentiate it from the more mundane models.

Both the new Touring and B4 are expected to reach the U.S. by the end of the year and pricing shouldn’t start too far off from the sedan’s base price of $19,995.