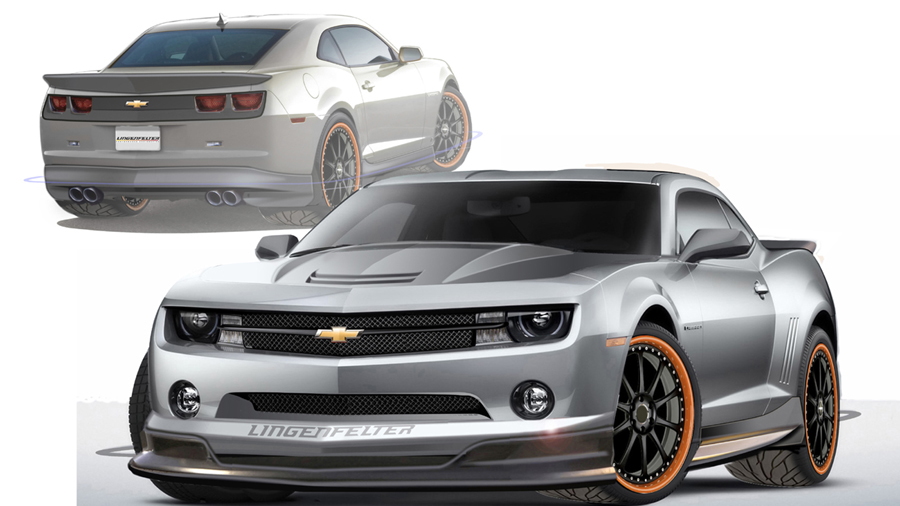 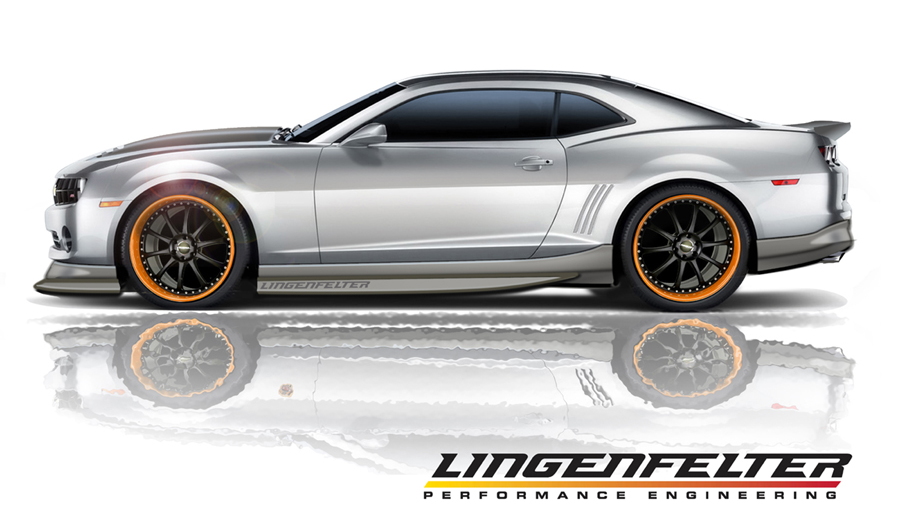 2
photos
Superchargers, twin turbos, body kits and handling upgrades - all this and more is on the Lingenfelter docket for the 2010 Chevrolet Camaro SS. Ranging in power from 550hp to 800hp, the tuned 'Maros will be among the most powerful on the road.

The new images of the body kit and wheels show that Lingenfelter will be making their cars look every bit as aggressive as they are built. A custom hood - no doubt to help accommodate the various forced-induction mods inside the engine bay - complements a very low and wide front splitter, reworked lower fascia, side skirts, rear diffuser and larger rear trunk lid spoiler.

The orange-lipped black wheels look to be 20in+, filling the wheel wells to the limits and providing a larger platform for the rubber that will be necessary to make the most powerful packages tame enough to drive on the street.

And power will be in abundant supply, whether buyers pick the L99-powered automatic, which can be upgraded with a 550hp (410kW) TVS2300 Supercharger, a 750hp (560kW) version of the same kit or an 800hp (597kW) intercooled twin turbo setup. Pricing on the kits is yet to be announced, but build time will vary from 2-10 weeks depending on the kit chosen.

The two highest horsepower packages involve removing the LS3 engine and rebuilding it as a 7.0L LS7 - complete with LS7 block, heads, a custom Callies crankshaft, Lingenfelter porting, valve job and surfacing plus a host of other internal modifications to make the car's 800hp not just brutal, but durable as well.

For full details on what Lingenfelter can do to your 2010 Camaro SS, check out their official site.
Via: Camaro5