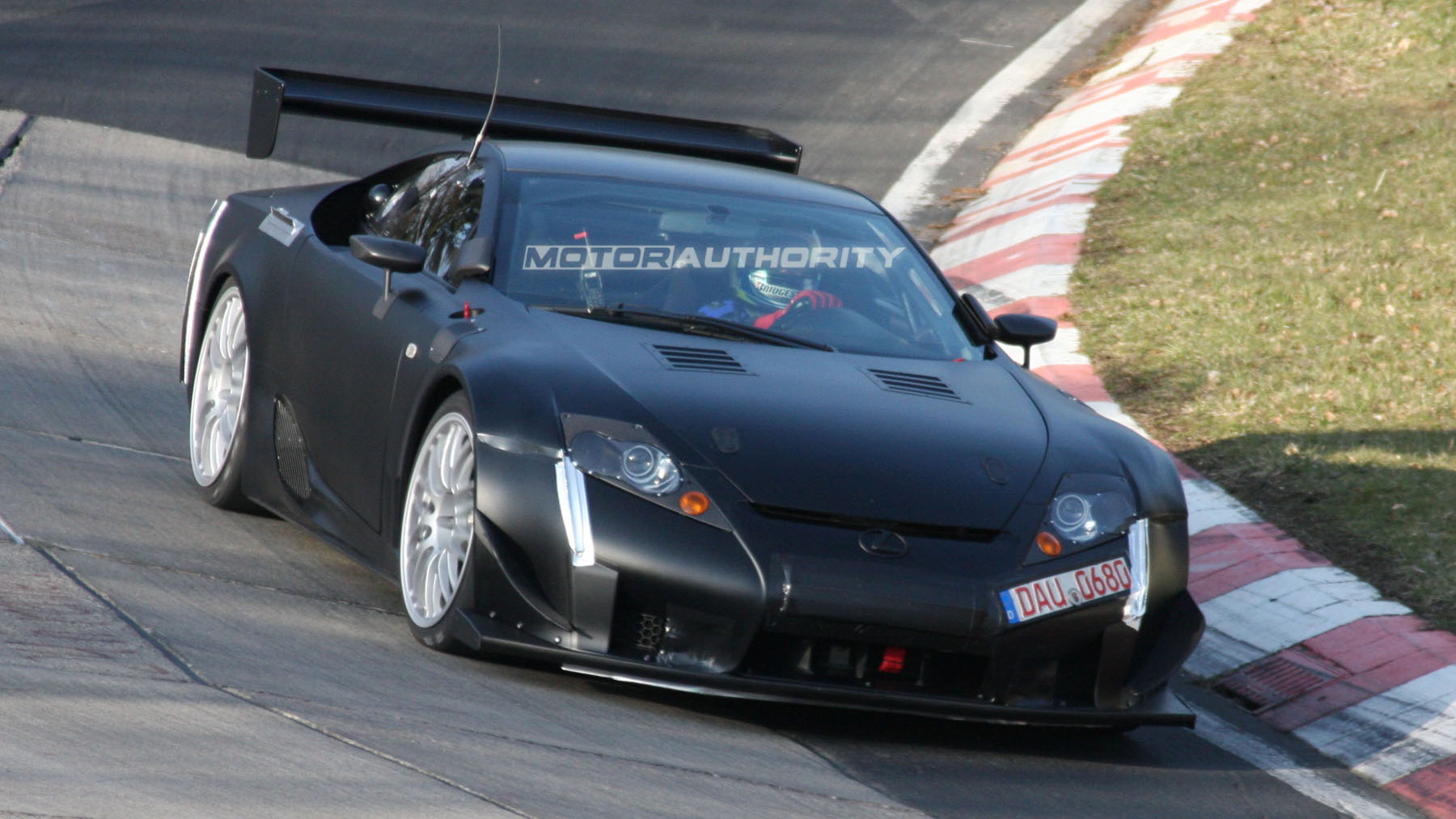 38
photos
Though over a year has elapsed since the Lexus LF-A was first spotted in testing, and it's been almost a year since it last ran the 24 Hours of Nurburgring, the crew at Lexus are prepping the perpetual prototype for yet another running of the ADAC Zurich 24h Race, and now they've released photos of the race car that'll be hitting the track.

Last time around the car used the day-long race track outing to give the LF-A's systems a real stress test, to iron out the bugs in the chassis and tuning and to further develop their own technical capabilities. This year the plan focuses on the same concerns, though there will be one major difference - Toyota’s incoming CEO, Akio Toyoda, will be getting some seat time in the Lexus supercar.

While you might expect Toyoda to be just another boring executive type, the incoming CEO is keen to see the carmaker offer more performance models and was one of the key people involved with development of the Lexus IS-F - even donning a racing suit and getting behind the wheel during high-speed testing. He’s also previously expressed a desire to bring back Toyota sports cars like the Celica and Supra, and his planned efforts at next month’s Nurburging 24-hour race only reaffirm this commitment.

For those who don’t know, Toyoda is the 52 year-old grandson of Toyota founder Kiichiro Toyoda, and he’s set to replace the carmaker’s current chief, Katsuaki Watanabe, this June.

As for the specially prepped LF-A race car, it will feature a 4.8L V10 rated at over 492hp (367kW), a carbon-fiber reinforced polymer (CFRP) body shell, and will race in the Division 2 SP8 class for near-production engines. The layout of the car is a front-mid engine, rear-mid transaxle with rear radiator, with a paddle-shifted manual transmission. The 20in wheels are wrapped in 305/30 Bridgestone racing rubber.

The race kicks off on May 23, though practice will start May 21, so if you're in the neighborhood of the Nurburgring, get your tickets and take the chance to get a look at what might be the next Lexus supercar - if it ever makes it to production.