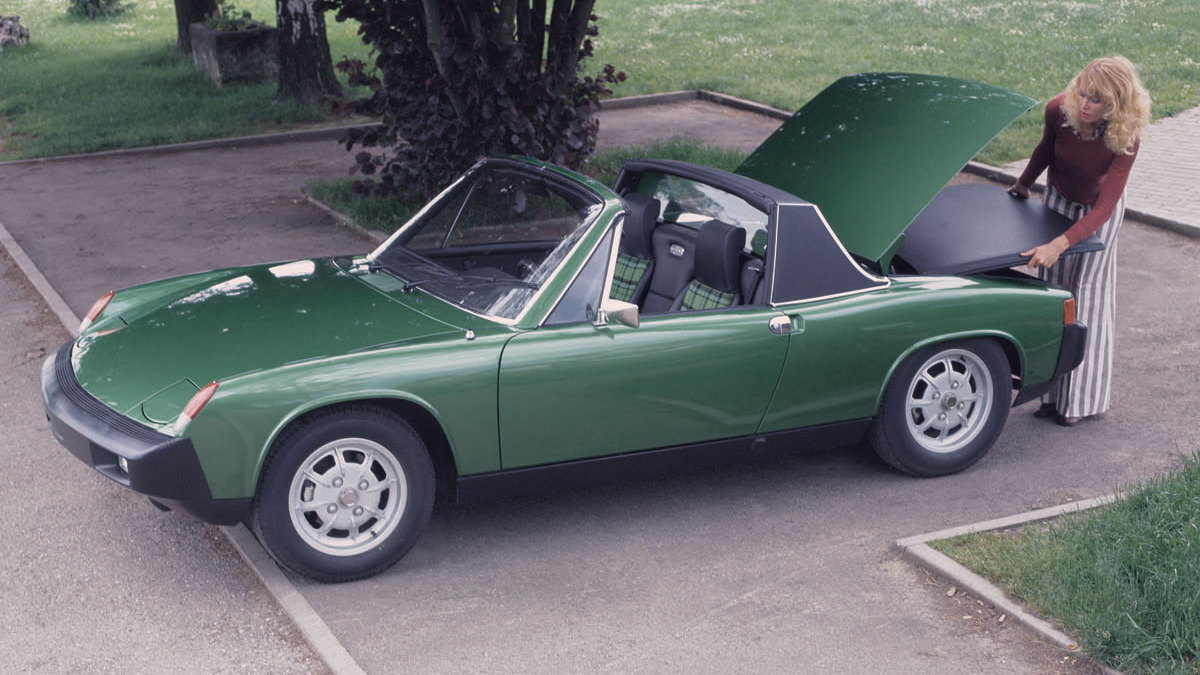 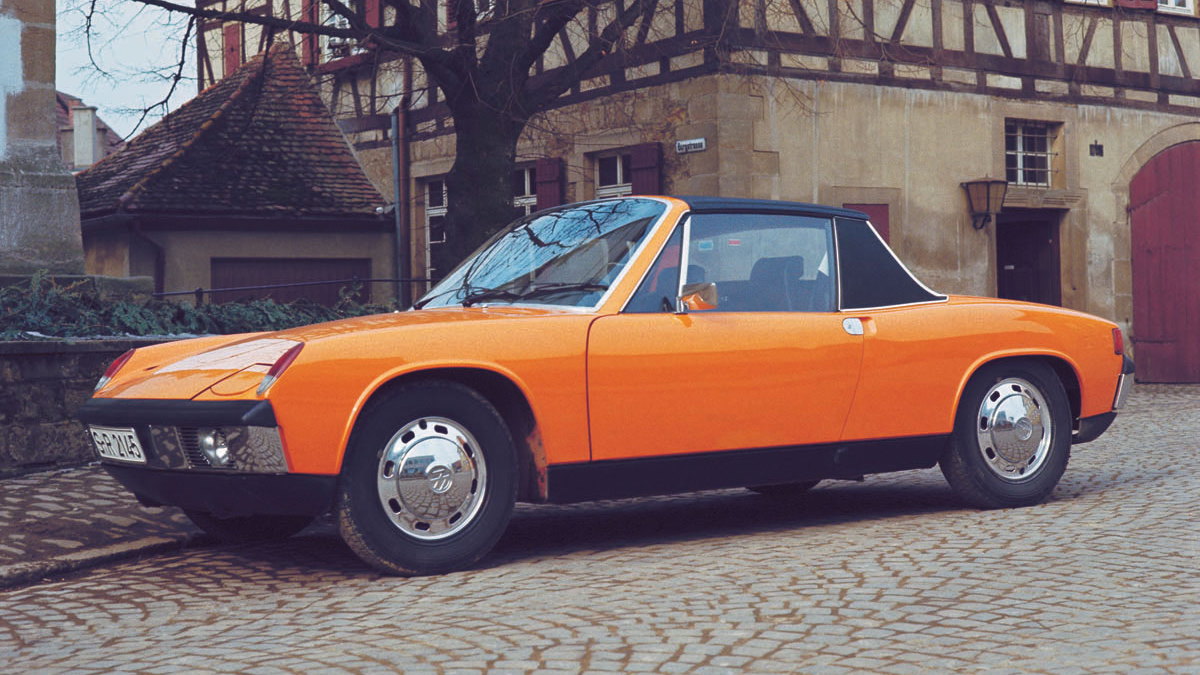 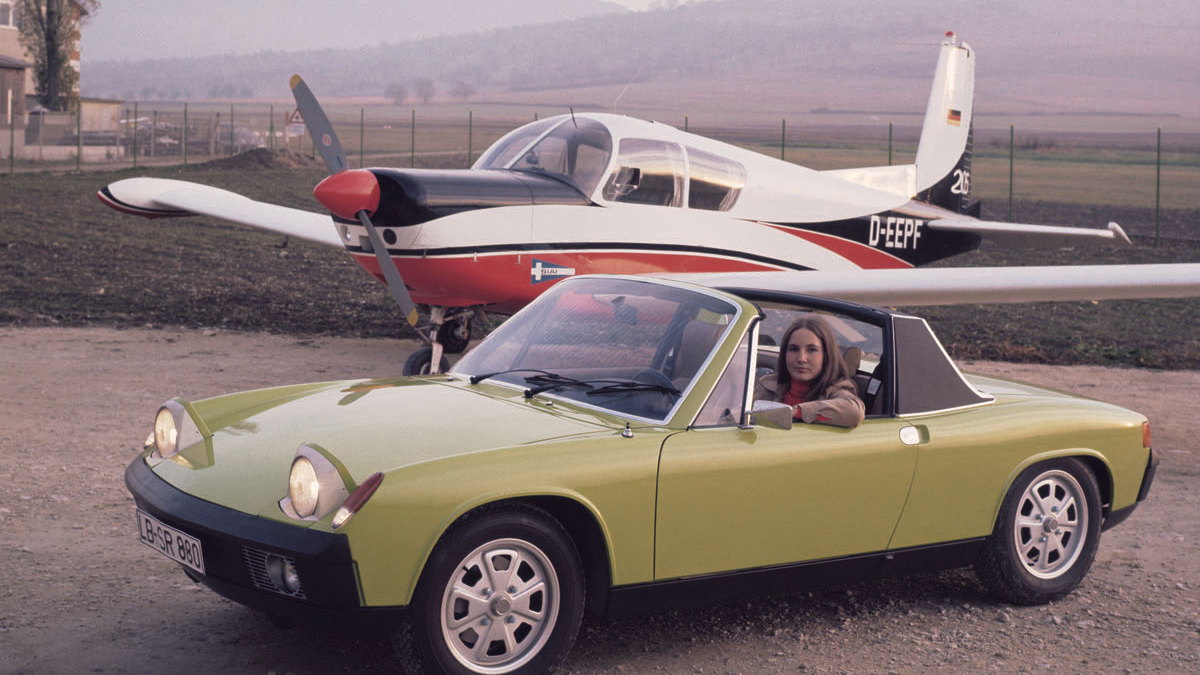 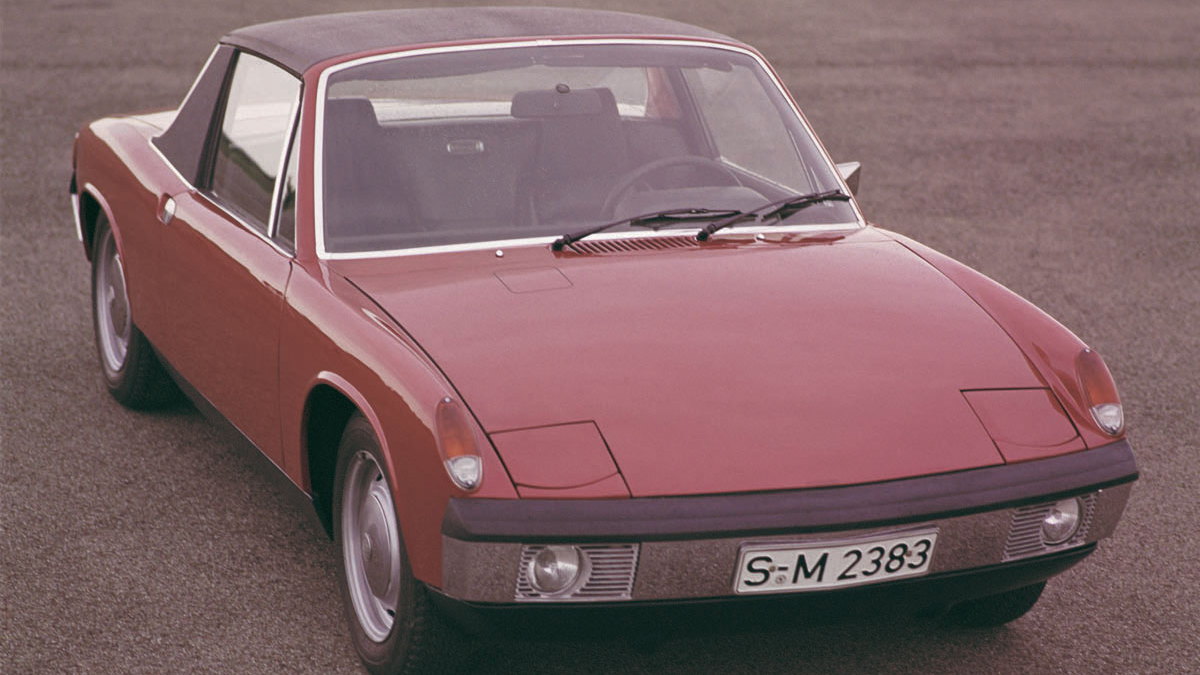 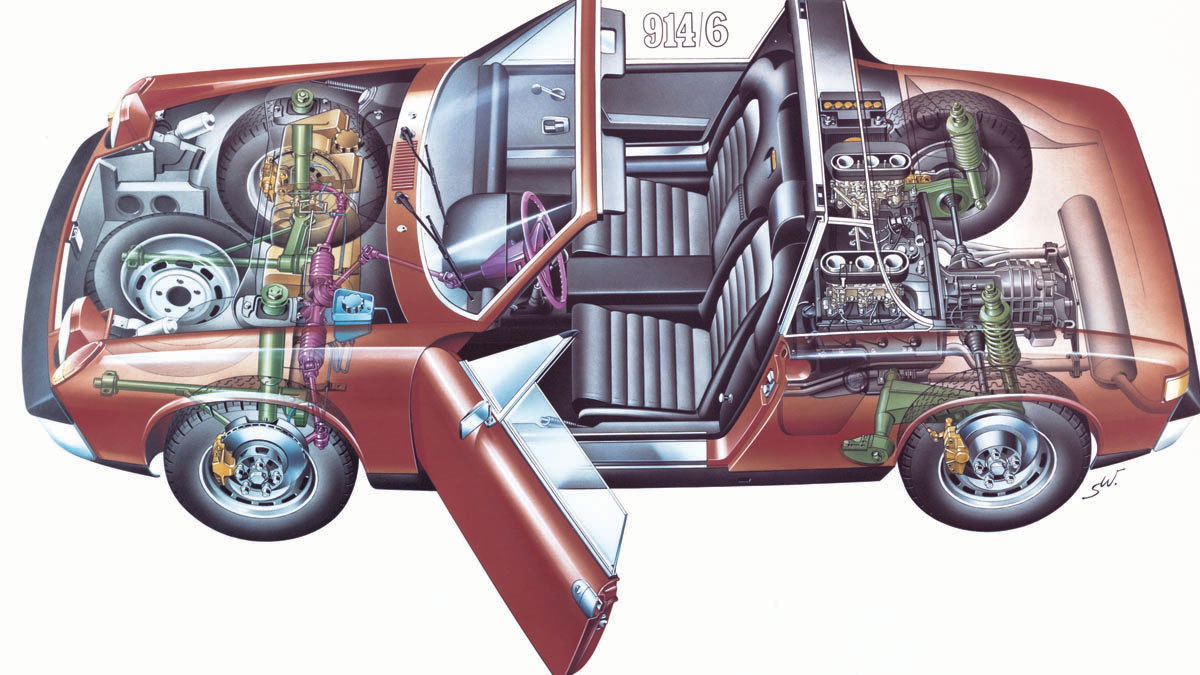 6
photos
It was a quiet day in 1969 when Porsche first had the idea to build a low-cost mid-engined sports car, something that could sit below the famous 911 but still be sporty enough for discerning drivers. It was this simple idea that led to the creation of two cars that helped push Porsche to become the company that it is now - the Porsche 914 and the Porsche 914/6.

Working with Volkswagen, a power struggle over who would sell the car and under what name led to the decision to sell the 914 as a VW-Porsche model. Thus the VW-Porsche 914 was presented at the Frankfurt Motor Show in 1969 as the first mid-engined sports car built in Germany in series production. The combination of the two brand names Volkswagen and Porsche nevertheless turned out to be an image problem for the new model series commonly referred to by the press as the “Volksporsche” or as the “People’s Porsche”. This was a particular disadvantage for the 914/6 powered by the two-litre flat-six carried over from the 911 T 2.0 as its image as a lesser quality model was not appealing Porsche’s existing customers.

The four-cylinder VW-Porsche 914, on the other hand, became a genuine success in the market, accounting for a production volume of 115,631 units until the series ceased production in spring 1976, and thus becoming the best-selling sports car of its time.

During this time, most of the cars built were exported to the United States, where the 914 was marketed as a genuine, fully-fledged Porsche without the VW prefix. Today the VW-Porsche 914 is acknowledged as a popular classic supported by numerous 914 clubs the world over - and even the previously looked-down-upon 914/6 (of which only 3,338 models were built) is one of the most sought-after collector cars from Porsche.

To celebrate the 40th anniversary of the 914's inception, Porsche will be displaying an ultra rare Porsche 914/8 with a 300hp (225kW) eight-cylinder racing engine once owned by Ferdinand Porsche himself. With only two of these cars ever built, it is one of the rarest Porsche's on the planet.