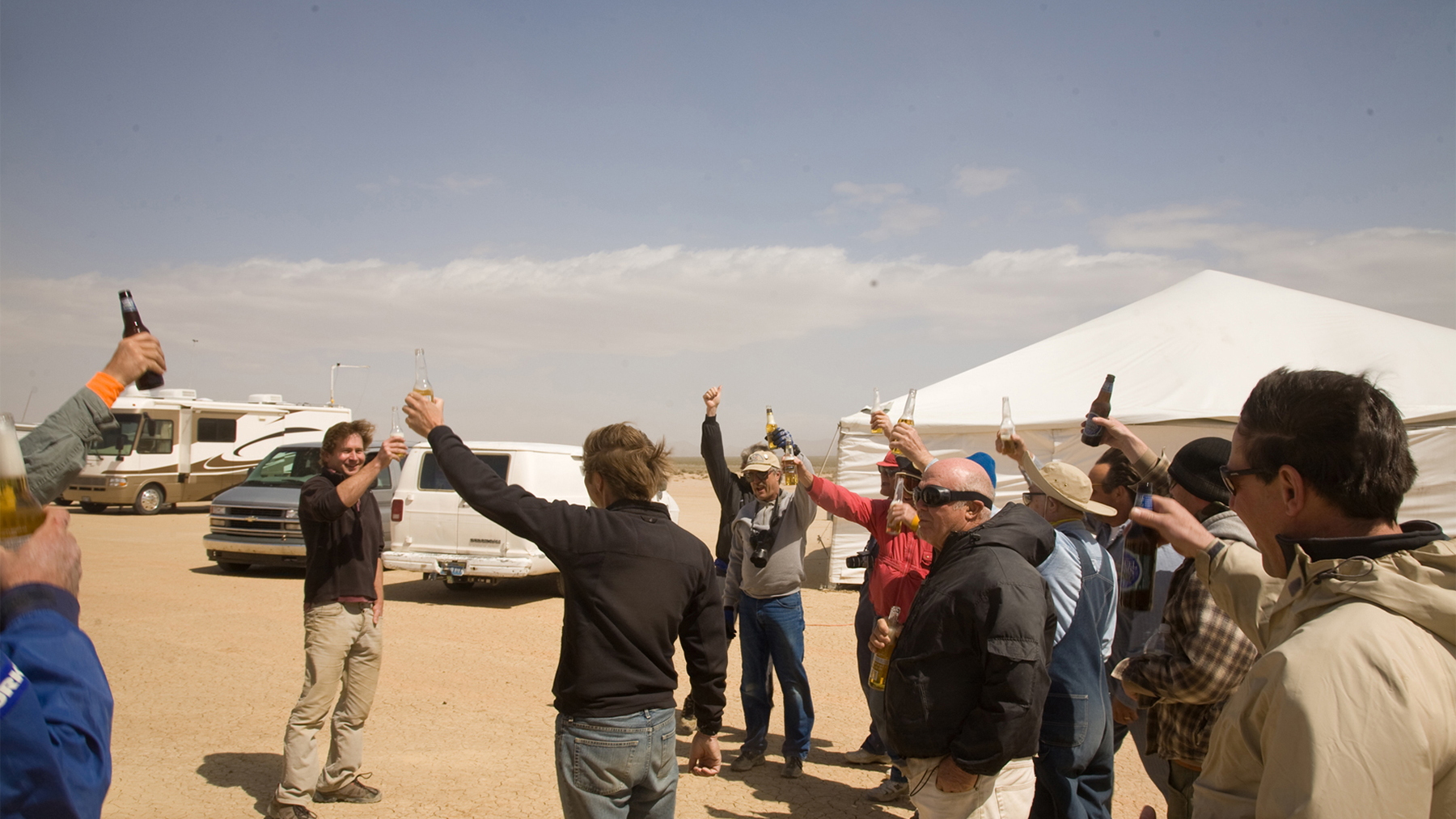 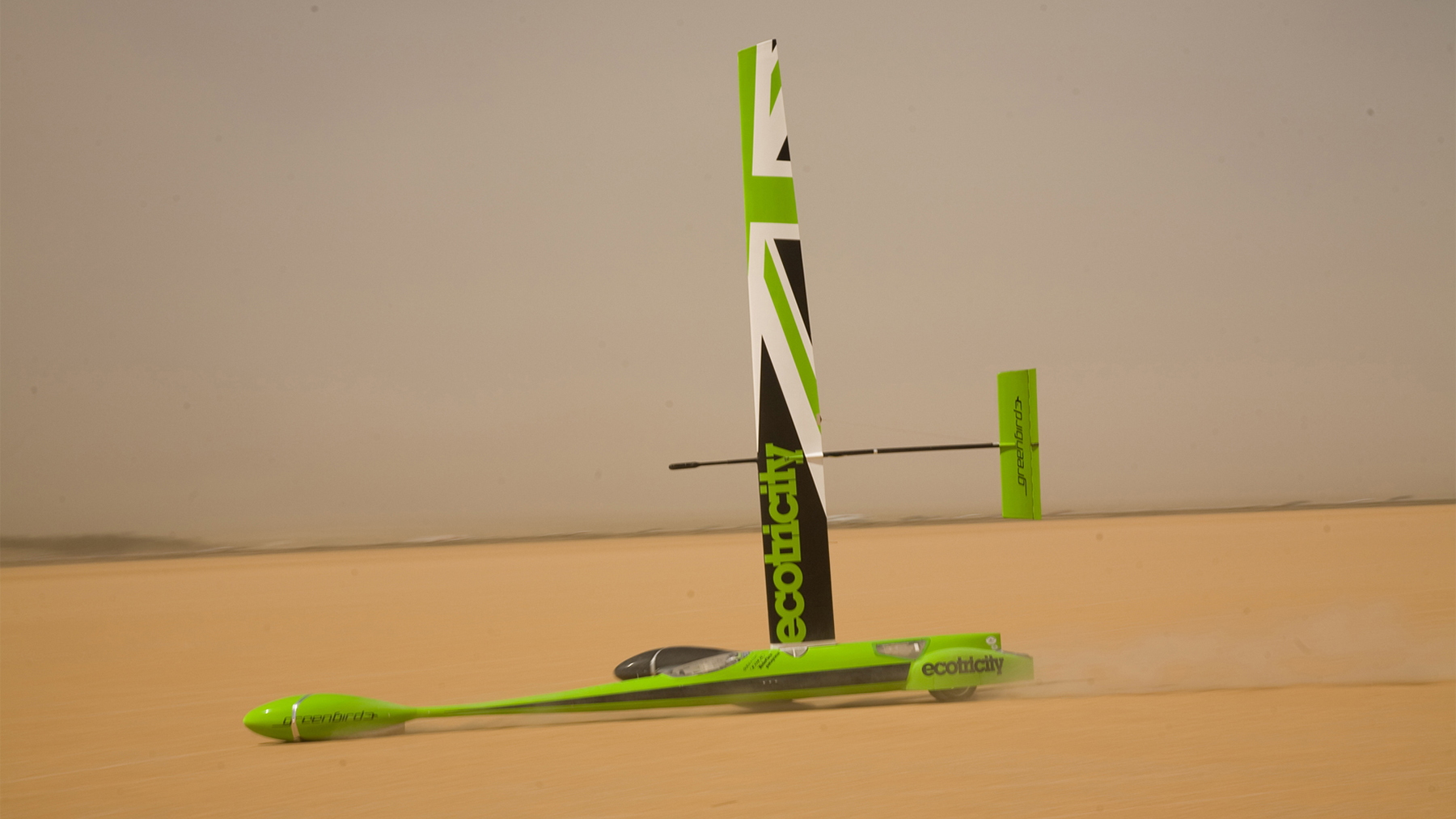 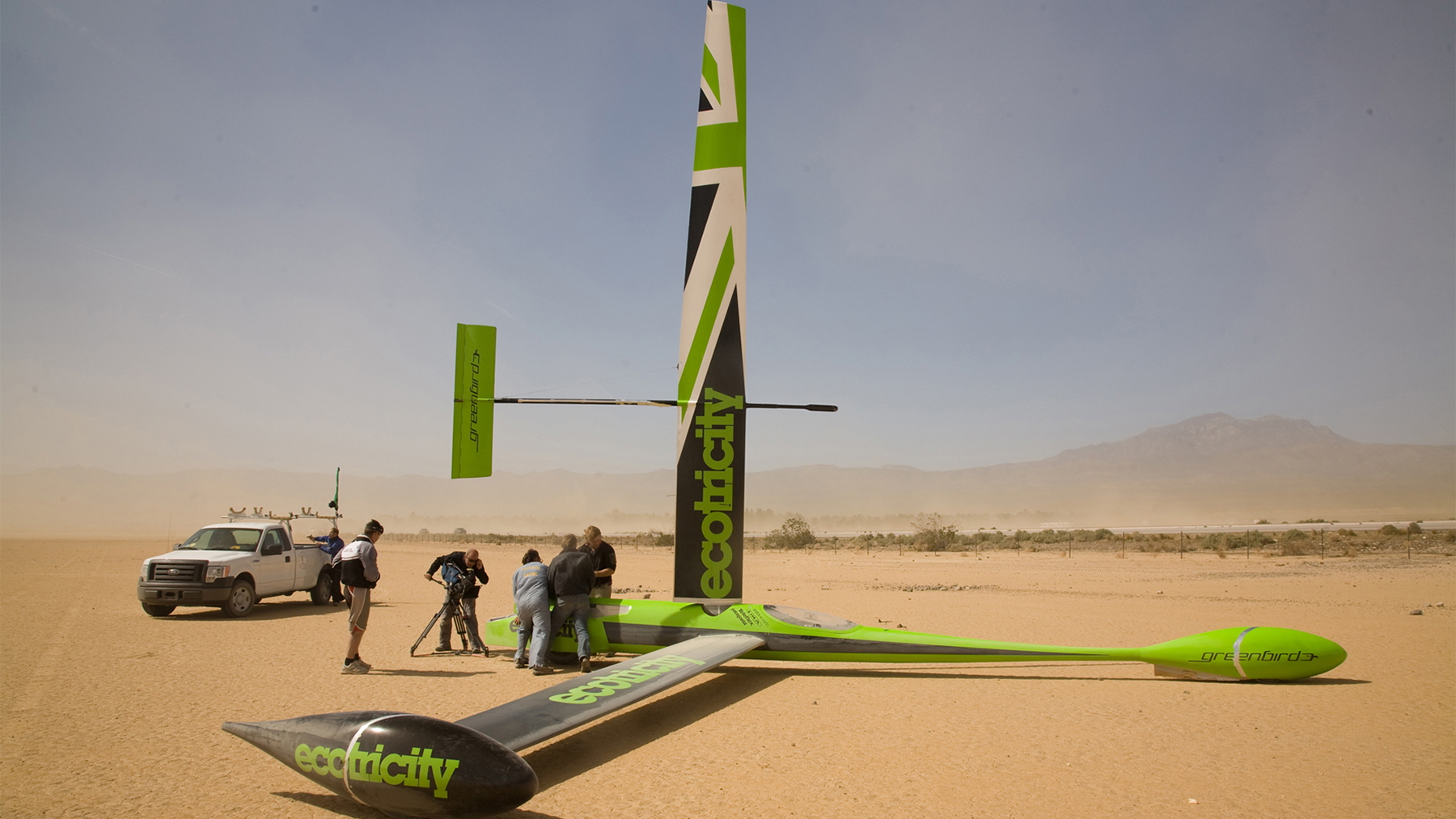 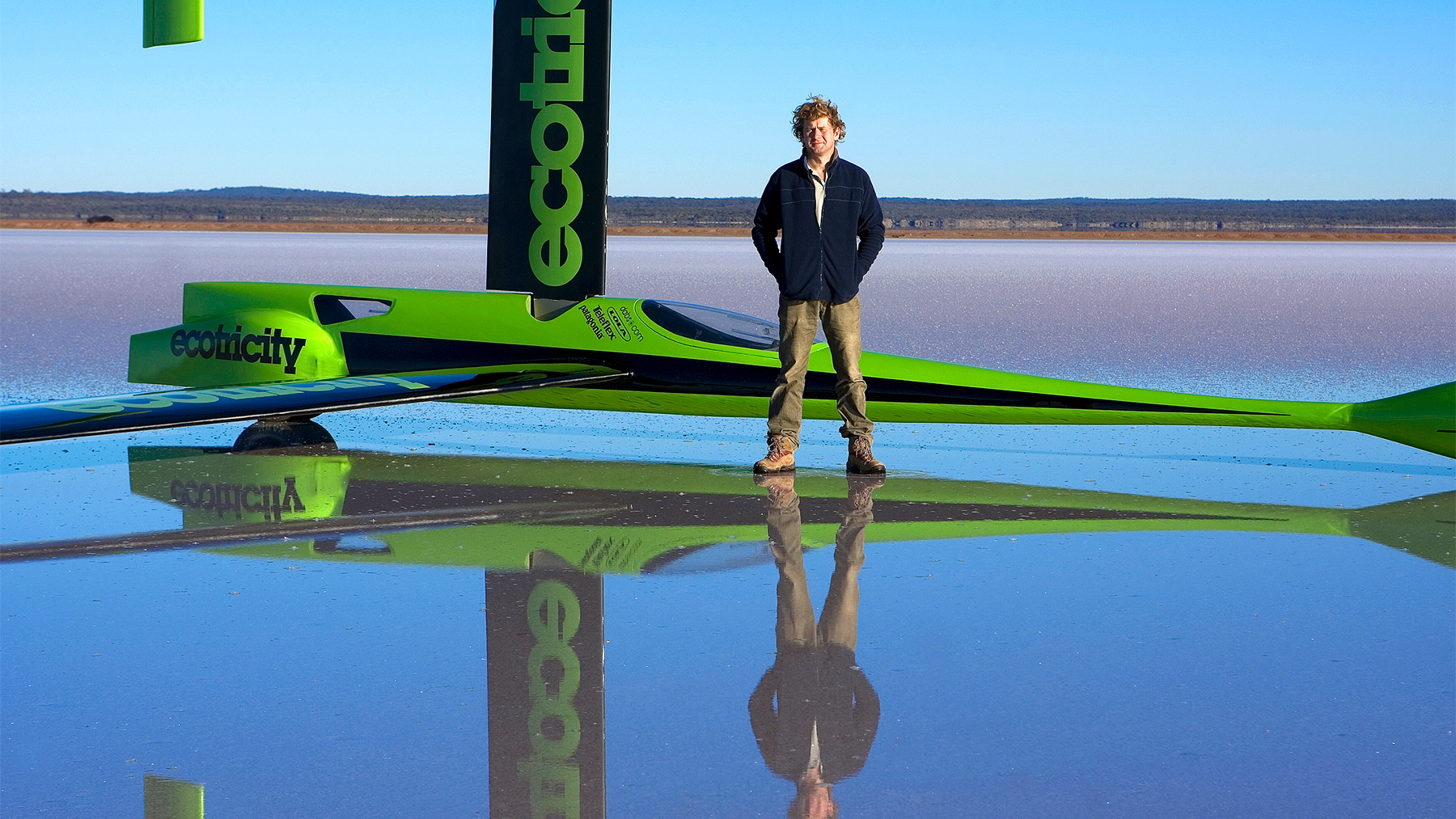 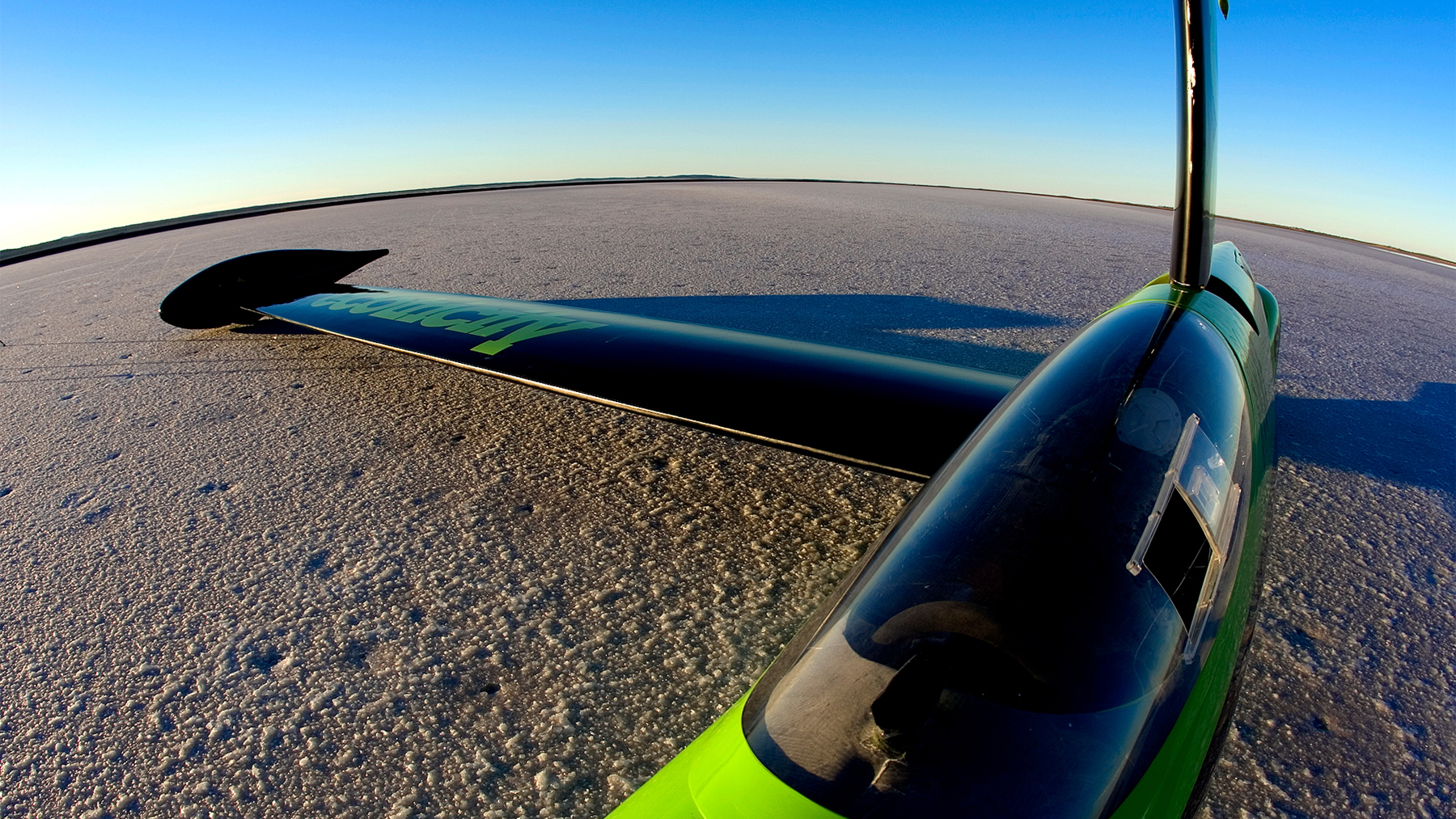 13
photos
Earlier on in the year we reported on British company Ecotricity's plan to build an electric sports-car that could be charged from wind-generated power. That company has now involved itself with wind-powered cars a little more directly, this time sponsoring a British man who has broken the world speed record for a wind-powered car.

Richard Jenkins, the man behind the wind-powered 'Greenbird' managed to take his awkward looking creation to a phenomenal speed of 126.1mph, beating the old record of 116mph by over 10 miles. The record was broken on a dry lake bed in Ivanpah, California, and according to Jenkins the run was perfect and couldn't have been better.

As for the Greenbird vehicle itself, Jenkins describes it as part sail-boat, part aeroplane and part F1 car. Elements taken from all three seem to be present, especially the compact package of the car that is purely focused on technical efficiency.

The large sail in the middle of the craft acts in a similar fashion to an aeroplane wing, in that the same forces that allow air to flow over a wing and create lift are harnessed to create forward movement in this case. According to Jenkins, the sail allows the Greenbird to travel up to 5 times the speed of the wind pushing it thanks to high levels of efficiency in the craft's operation.

Jenkins is currently working on a new craft to help break his next record - this time on ice. Currently testing on the ice-going Greenbird has hit a snag with large smooth patches of ice hard to come by at this point in the year. Once he conquers ice, Jenkins is also determined to break water-sailing speed records that are currently settled around the 50-knot mark (57mph).